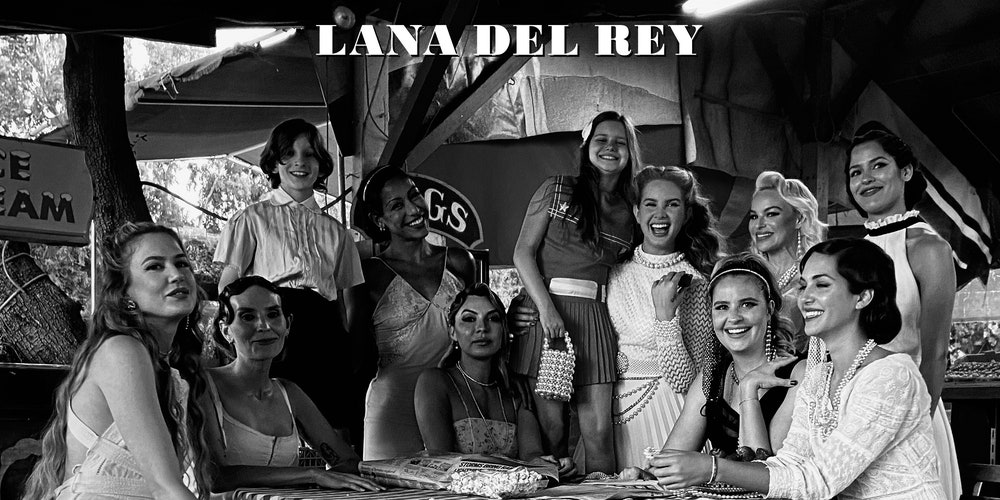 Is Lana Del Rey for real? A silly question in 2021 but it haunts her like the fit, square jawed he-men she fucks and like the distressed Norman Fucking Rockwell vision she brings to life. Everything about Lana screamed fake for years , from the atrocious Saturday Night Live performance to the wretched Irving Plaza gig (here), the poor little rich kid living in London but dreaming of America, the fit was so uncomfortable.

Eleven years later and she is no longer a question mark white bred bread as well, blue states monitor, of red states dreams of working class -Rural folk Americana, reaching its apotheosis, though not in the charts, on the sublime “Mariners Apartment Complex,” in 2019, a song so great on an album so great that the giant of modern Americana folkie Bruce Springsteen (Western Skies makes much more sense when you think of her):  “Lana is simply one of the best songwriters in the country, as we speak. She just creates a world of her own and invites you in. So a big favorite of mine, the lovely Lana Del Rey…”

Perhaps not entirely of her own, it is an American dreamscape on her sixth album, Chemtrails Over The Country Club as she travels from the West Coast to the midwest as a seasoned pop singer and ambient dreamgirl, all tight jeans and lipsticks and gorgeous, loser guys.

But Chem is not Rockwell, there isn’t a song with the immediacy of its best moments and while the storyline as such, from the white dress of a 19 year old Lana-Waitress in LA “listening to white Stripes when they were white-hot” in a time period inflected by nostalgia, simpler and happier times, to Tulsa, Oklahoma, where she wants to go back to a man’s ranch and hide, while the sex leaves them white hot. The song is so mooted, it’s like her sexuality needs to be provoked from slumber to dangerous desire.

I haven’t mentioned how she nearly got herself cancelled while arguing that she isn’t in the slightest racist despite the lack of people of color in her songs, it really was that silly. I no more expect her to write about black people as I expect, say, A$AP Rocky (who she recorded a song with), to write about white people: it isn’t racism to live in the world you live in and if her version of Americana is white dick during a languorous.  endless summer, so be it.

Ah yes, languorous. Nobody does Lana better than Lana, though try as you might, it is hard to hear the times when she nails it as completely as “hope is a dangerous thing for a woman like me to have – but I have it” let alone “Blue Jeans” or “Video Games”. There is something missing, despite the strengths of what is there. The giveaway here is “Wild At Heart” -a cinematic tick tock to Jack Antonoff’s always quietly distracting production, the bride stripped bare of all despair. “Wild At Heart” is the most pure Lana song, and the best on her road trip from desire to desire and square jawed cowboy on his big brass bed. But it isn’t cathartic, she doesn’t get us off enough.

I haven’t been crazy about all Lana’s work, here is a quick list of grades (skipping the debut)

And now Chemtrails to add to a conspiracy in America with horse races, ranches, and plenty of romance:

Chemtrails Over The Country Club – B+