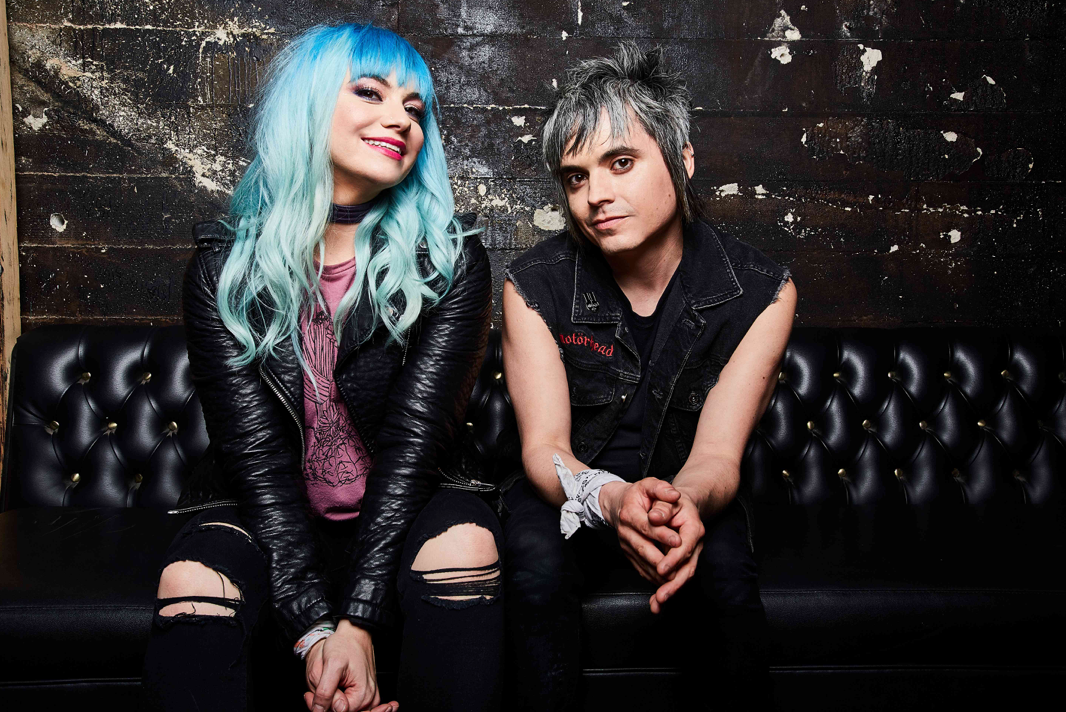 OUT ON JULY 12 ON WICKED COOL RECORDS/THE ORCHARD

Filled with fast-paced melodic rock n’ punk the Dollyrots new album Daydream Explosion will be out on July 12 on Wicked Cool/The Orchard. Today the band is releasing the song “Oblivious” from the upcoming album. For the past the week the DIY twosome has personally been stuffing envelopes to make sure everybody that has already preordered the album will be receiving it soon. It’s not too late to get in on the fun, if you preorder Daydream Explosion now you will get four new songs “Oblivious,” “I Know How To Party,” “Everything” and “In Your Face” as instant downloads. Preorder Daydream Explosion here https://geni.us/Oblivious.

The band’s signature charm and a raw vitality courses through each of the tracks on the new album. With production by the band and longtime producer John Fields, The Dollyrots’ signature style shines through in snappy guitar riffs, irresistible hooks, and punked-out percussion. The album kicks off with a punch in the gut from the songs “Animal” and “Everything.” While “In Your Face” is a rocker with a wallop of a chorus. There are stylistic variations are all over this collection of 14 brand-new songs. “Watching The Storm Go By” is a ’60s girl-group homage so spot-on it includes a spoken interlude worthy of The Shangri-Las, while the lounge vibes on the verses of “Flippy In My Red Dress” are balanced sweetly by the revved-up chorus. Album closer “Daisy’s Song” is an affectionate ode to Kelly and Luis’ now two-and-a-half-year-old daughter.

All are welcome to a Dollyrots party! On Monday, July 1 the band will be shooting the official video for the song “In Your Face” at a secret location in Winter Park, FL and they are inviting fans and friends to be in the video. If you are interested and want more information, please email steven@abyssmal.com. Also, if you follow the Dollyrots on Spotify now, you will be eligible for a chance to win the “Awesome Box” that includes a signed CD, stickers, T-Shirt, signed poster, signed vinyl, postcard guitar pick, signed press photo, tote bag, and signed polaroid! Check it out here: http://radi.al/AwesomeBox.

The twosome has had great success taking the DIY approach with their last three releases hitting the Billboard charts. Their 2017 album Whiplash Splash debuted on both Billboard’s Heatseekers chart at #13 and Billboard’s Independent Albums chart at #31. The band’s 2016 live album/DVD Family Vacation: Live in Los Angeles debuted at #15 on Billboard’s Heatseekers album chart, and Barefoot and Pregnant garnered their first chart appearance, peaking at #7 on Billboard’s Heatseekers. This time around they have decided to join forces with Stevie Van Zandt’ s Wicked Cool Records/ The Orchard for the new album release. A label that evolved out of Van Zandt’s weekly syndicated radio show Little Steven’s Underground Garage, as it became clear to him some of the best Rock and Roll wasn’t receiving the support it deserved. The duos alliance with Wicked Cool began with the singles “Get Radical” in 2018 and “Everything” this spring.

This July the Dollyrots will embark on a 17-city summer tour. Look for them back in California for their album release party presented by Little Steven’s Underground Garage at the Hi Hat on July 13 and The Vans Warped Tour 25th Anniversary Celebration at Shoreline Amphitheater on July 20. Tickets available at thedollyrots.com. 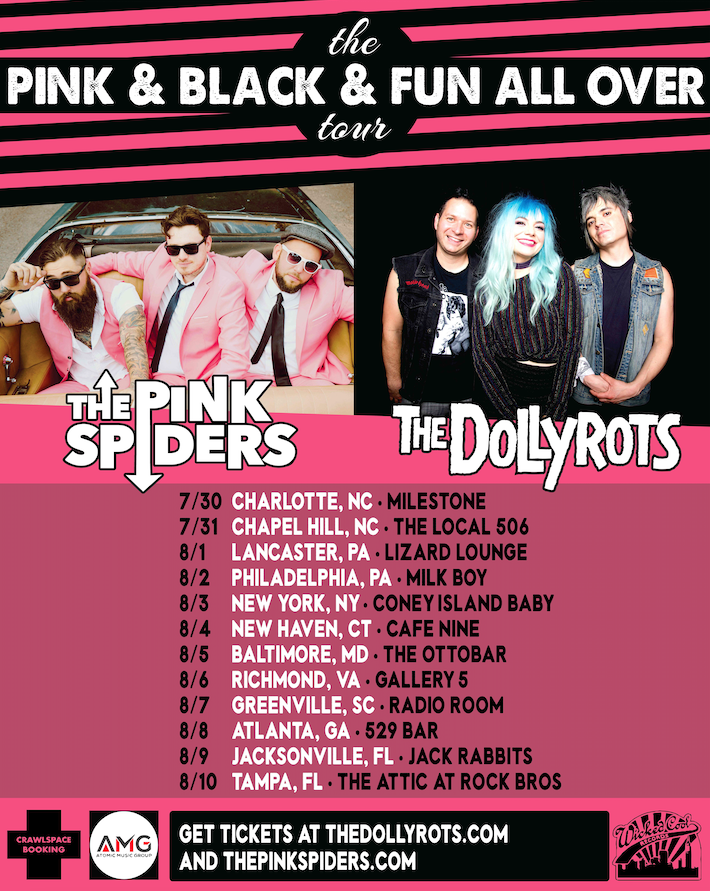