The Death Of The Record Store? Is It Really A Thing? 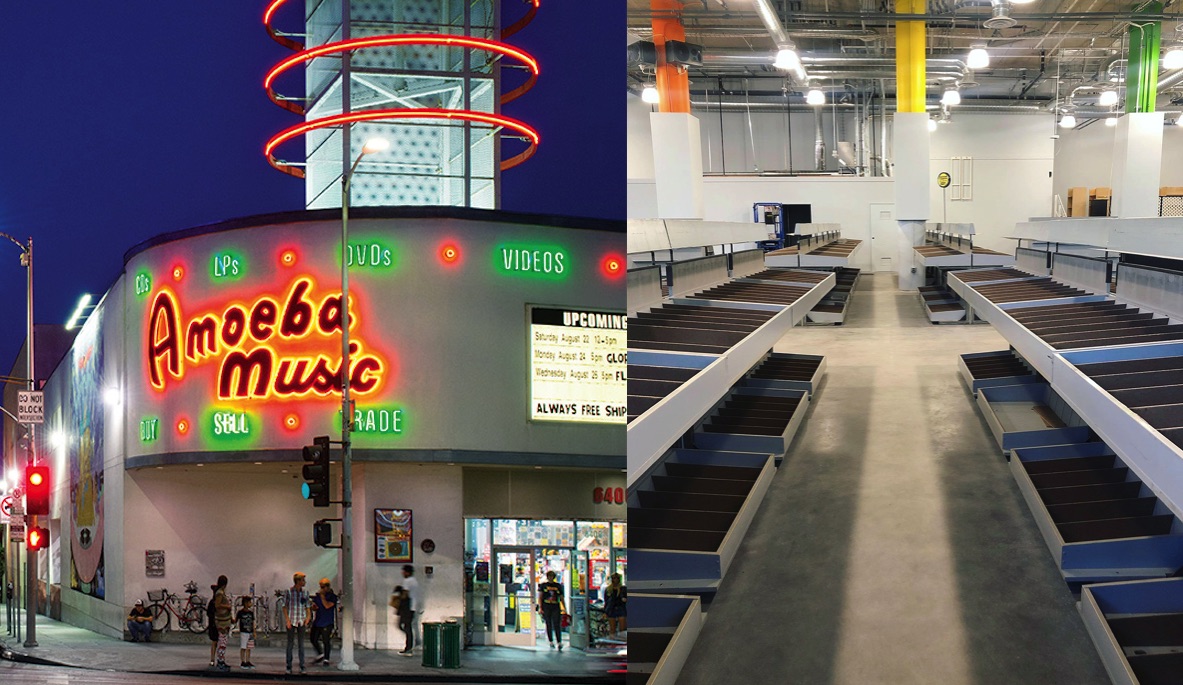 The Tower Records, Sam Goody, and Virgin Megastores of our youth are surely gone, but it seems that the death of the record store was announced a bit prematurely, especially in large cities like Los Angeles.

Two months ago, I got the surprise to see a new independent record store open its doors, less than half of mile from my house… It turned out that Mount Analog, an influential independent record store, had relocated to this new location after its original Highland Park location shut down 2 years ago. While operating online, the store was able to reopen physically in the middle of this pandemic. They are only open on weekends, and their hours may now be even more restricted because of the new lockdown, but they are still in business. What does it say about the death of the record stores?

Amoeba, the largest independent record store, has confirmed that it will reopen at a new location, on Hollywood Boulevard, after a long absence. The important thing is that they have effectively managed to survive despite the crisis and are promising a better, improved (although slightly smaller) store. Amoeba has always maintained an online store while the Berkeley and San Francisco stores have sporadically reopened throughout the pandemic as any retail store.

But these are not the only record stores in LA, there is actually a lot of them, all over the place: there is Rockaway Records in Silver Lake, The Record Parlour in Hollywood, Mono Records in Glendale, Permanent Records in Highland Park, Cosmic Vinyl and Sick City Records on Sunset Blvd, The Record Collector on Melrose Avenue, Gimme Gimme Records on Figueroa Street, Touch Vinyl on Sawtelle Blvd, Record Surplus on Santa Monica Blvd, Atomic Records in Burbank, Freakbeat Records in Sherman Oaks, Fingerprints in Long Beach… I must have forgotten a few, and if this site reports in fact 56 record stores in Los Angeles, it’s difficult to know if they will all survive these tough times. However, they have so far. How?

According to LAMag, a lot of them have been using social media like Instagram to sell albums during the pandemic, stores have posted photos of items for sale on Instagram and, each time, they have sold them in a few minutes, while triggering some strong competition among customers. For some reason, Instagram has become the shopping window of independent record stores and this virtual shopping has been a savior for many of them. Obviously, this is almost exclusively due to the resurgence of vinyl, but this has to be a LA or a big city phenomenon, all over the country, record stores have become quite rare. According to the Institute for Music Retail, between 2000 and 2010, more than 4,000 record stores (including many chains) closed. At the end of 2009, 1,884 record stores remained in operation, only 1,600 in 2011 and only 1,482 in 2020. It’s also difficult to estimate how many will still be in operation at the end of the pandemic.