The Concert Industry Could Lose Up To $9 Billion This Year: The End Of The Golden Age? 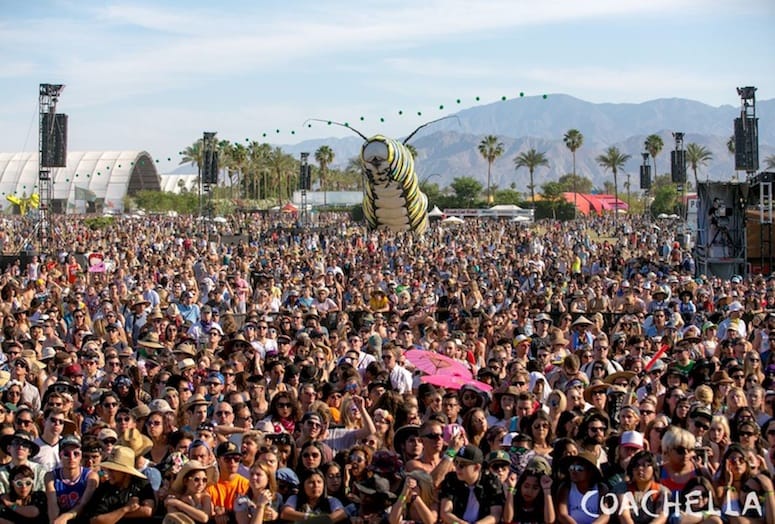 the concert industry: the end of Coachella?

Tomorrow should have been the first day of Coachella, instead, we are still in quarantine, and all the concerts and festivals are canceled or postponed to another date which is far from certain to be maintained. Everyone is talking about the second wave of infections, it’s still a possibility and until we have a vaccine, large events like Coachella are unlikely to happen.

To fill this hole, Goldenvoice is releasing ‘Coachella: 20 Years in the Desert,’ a documentary featuring the two-decade story of the music festival, with legendary performances and behind-the-scenes stories, promising ‘a rare look at Coachella’s colorful beginning’, ‘exclusive, never-before-seen footage’, ‘interviews, and key performances from some of the biggest names in music.’ The documentary, produced and directed by Chris Perkel, premieres on YouTube tomorrow, but obviously it cannot replace the real experience that thousands of fans still expect for October? Coachella was trending on twitter today and there is a good reason why. Of course, cancellations are happening all over the world: Denmark’s Roskilde Festival, set for early July, has been canceled, Electric Daisy Carnival Las Vegas, originally scheduled on May 15-17, is now scheduled on Oct. 2-4, Spain’s Primavera Sound will now take place at the end of August instead of June…

In any case, the financial impact is gigantic, and not only for the Indio-Coachella valley but for the entire industry. Just a few days ago, the LA Times estimated that the concert industry could lose up to $9 billion due to the coronavirus crisis. This is based on Pollstar’s projections which have estimated that 2020’s box office would have reached $12.2 billion if the second part of the year had kept the same percentage growth than the first part. ‘Pollstar can also forecast the live industry would lose up to $8.9 billion of revenue if the rest of 2020 were to remain dark.’ They call it ‘a worst-case scenario’ because many expect concerts to resume before the end of 2020, but nobody knows for sure at this point. The LA Times proposes 2 other projections, a loss of 5.2 billion in case concerts and tours resume late August, and a loss of only $2.3 billion if they resume late May. There are still concerts scheduled in May and you can understand why the industry is still pushing for them to happen at these dates

Is this the end of the golden age for the concert industry? With every single Live Nation and AEG concert and tour currently canceled or postponed, it’s certainly worrisome while resuming a normal life too soon may trigger a second wave. People are already talking about it seriously in China and everywhere else.

In the worst-case scenario, all the huge tours (Elton John, The Rolling Stones, Billie Eilish, The Eagles, Justin Bieber, Green Day-Weezer-Fall Out Boy, Taylor Swift,…) will have to be canceled again or postponed till 2021.

There is currently a war between Ticketmaster and concert-goers as none of them can get a refund for any concert rescheduled, even when they cannot attend the event at the future date. It is a total mess, TM and other ticket resellers are simply rescheduling every show to avoid paying refunds, it’s just a good excuse because nobody knows if these rescheduled dates will actually be maintained. But if they have to cancel again, even more people will ask for a refund and the ticket industry will truly have a hard time.

Concerts will eventually be back, however, nobody knows exactly when. One thing is sure, we will not go from zero to Coachella in a week. It will take a while, it will be very progressive, we will first experiment with small gatherings in the beginning before relaunching the huge tours and giant festivals. But it all depends on how this crisis unfolds in the following weeks.