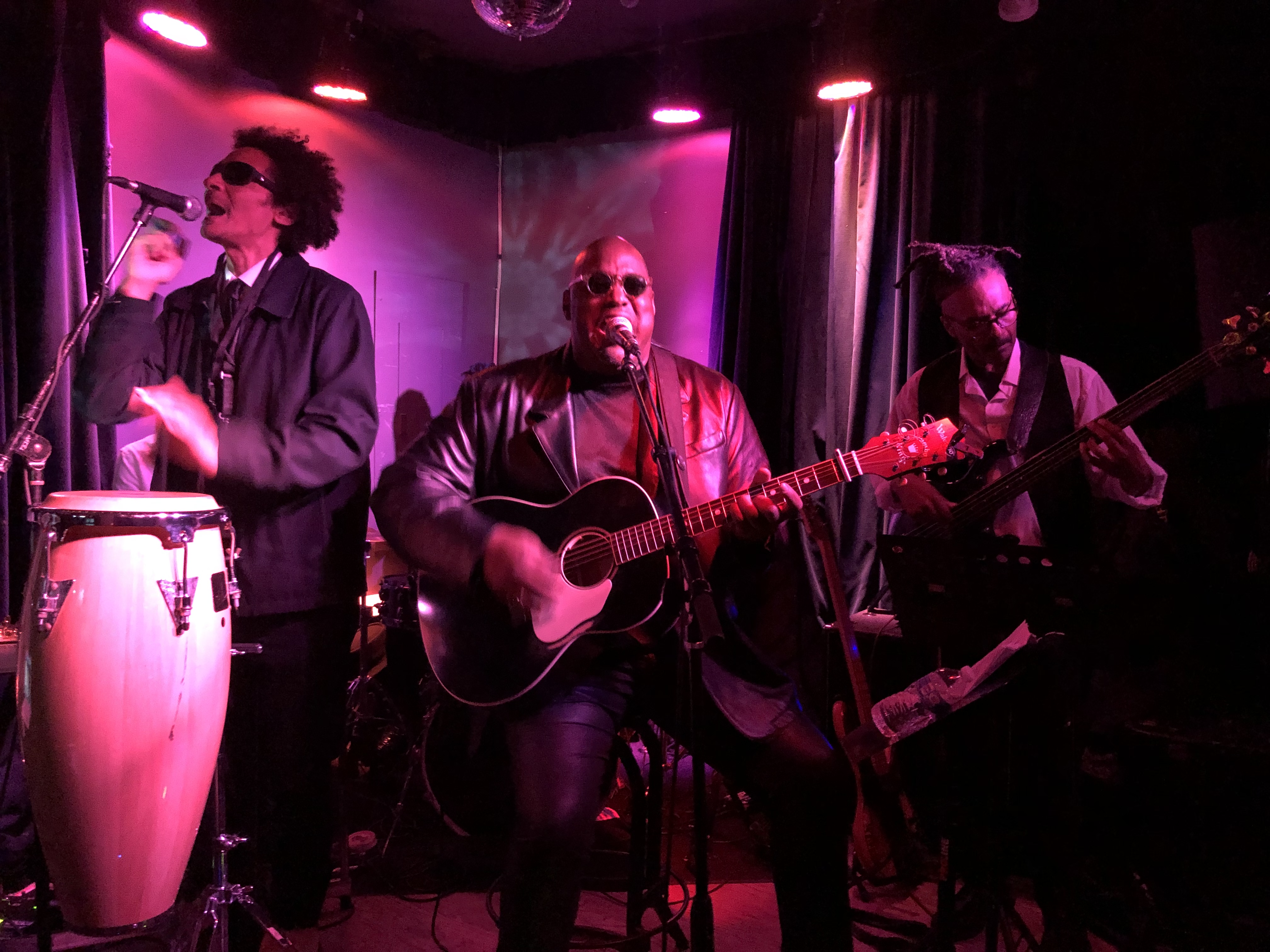 The Black Magnolia Project introduced me to a Tomas Doncker I was unaware of.

I’m not crying- you are.  “Another Kind of Night” has such a sublime melody and sensitivity that I am swept up into the song.  I was fortunate to listen to the album in the morning and this evening I am at Berlin on Avenue A, in New York City, hearing it again live.  These things happen in New York.

Yusef Komunyakaa is a Pulitzer Prize winning poet, NYS Poet Laureate, and Professor in the Creative Writing Program at NYU.  A Vietnam vet, his Wikipedia holds enough for three lifetimes.  It is the melding of Yusef’s creative imagery and Doncker’s musical magic that made me suddenly decide I must go see and hear The Black Magnolia Project tonight.

Tomas is surrounded by his superb band. Artur Uronen on lap steel guitar, who worked as a producer and songwriter on the project, Mark Henry on sax and vocals, Chulo Gatewood on bass, Kevin Jenkins on keyboards, Leroy “Lefty”Thompson on drums, and James Dellatacoma on guitar and I swear… was that a banjo during “Post Modern Jive?”  I don’t think I’ve ever seen a banjo incorporated in a funk set up.

It was danceably uplifting rhythm when Doncker roused us with Mos Def’s “UMI Says.”   Tomas chastised the audience when some of us were too cool to clap.  We straightened right up to join in “Happy Birthday” for Mr. Komunyakaa and cupcakes were passed all around.  Even jaded New Yorkers like frosting.

The culmination that is the heart of the album, Doncker introduced “Black Magnolia,” dedicated by Tomas to his niece who has passed away.  A soulfully beautiful piece made poignant by the sheer presence of Tomas Doncker.  On the album, it is breathtaking.  It is the song you listen to while following the paths of your life in your mind.  I want this song to be everywhere.

The Black Magnolia Project hit me hardest with the ballads, “Another Kind of Night” and “Black Magnolia” both best listened to on headphones, maybe at 2:40 a.m… maybe because that’s what I am doing right now.

Listen to this album, close up and alone, on your headphones.

Talent, energy, and versatility is an evening with Tomas Doncker and company.

It’s not a True Groove All-Stars night without the funk turned all the way up.  Just the way we want it, and the last song, “Fun City” brought it downtown, right where we want to be.