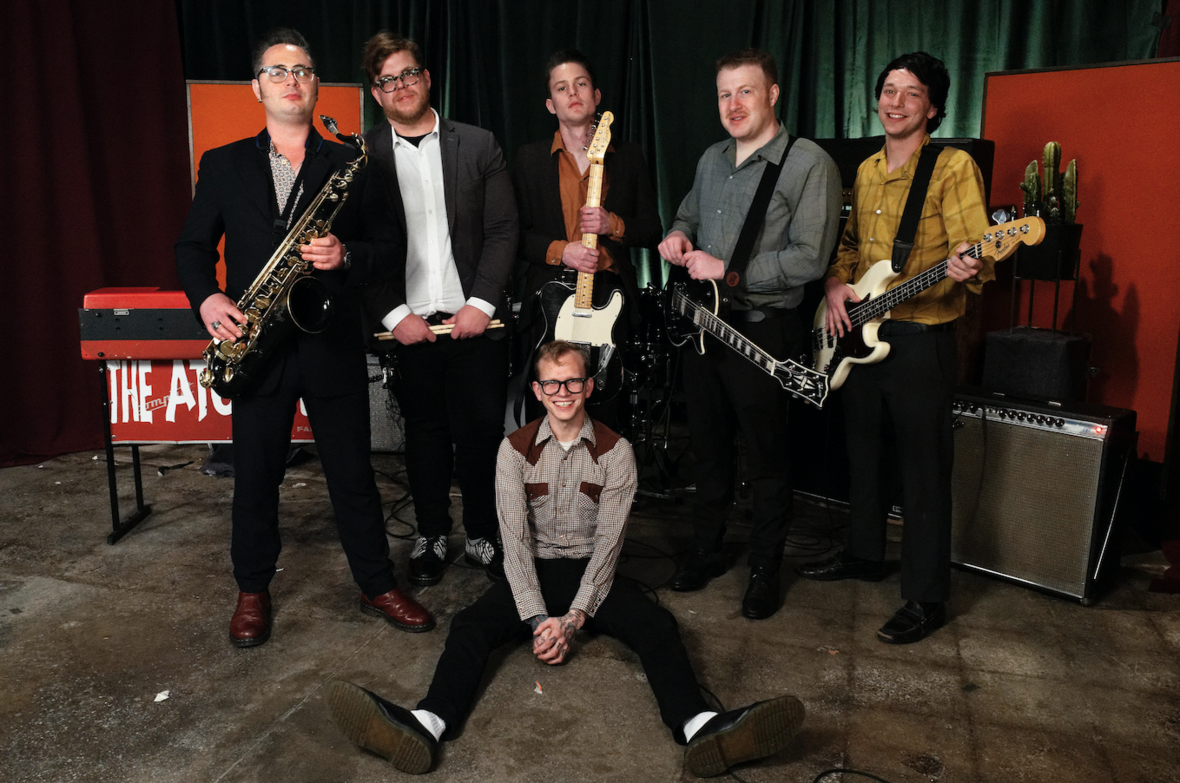 “At times reminiscent of Link Wray, vintage garage rock and more contemporary acts such as the Black Keys, the Hives, and Jack White…Unpretentious rock that can send shivers of excitement down your spine like the opening riff in a Tarantino soundtrack…can teach even wise musical veterans a thing or two about how to rock ‘n’ roll.”- PopMatters

The Atom Age have announced an August 23rd release date for their new album “Cry Til’ You Die” via Tiger Dream/Asian Man Records.

The first single “Walk Through Walls” is available now on all DSPs along with album preorders: https://smarturl.it/lxjfpu.

The lead single “Walk Through Walls,” with its stabbed keys and bleating saxophone, is less a walk than a drunken march across boundaries—a sauced night stroll which slams headlong into one of the band’s best riffs to date. – Mike Huguenor (writer + guitar wizard for Jeff Rosenstock, Hard Girls) 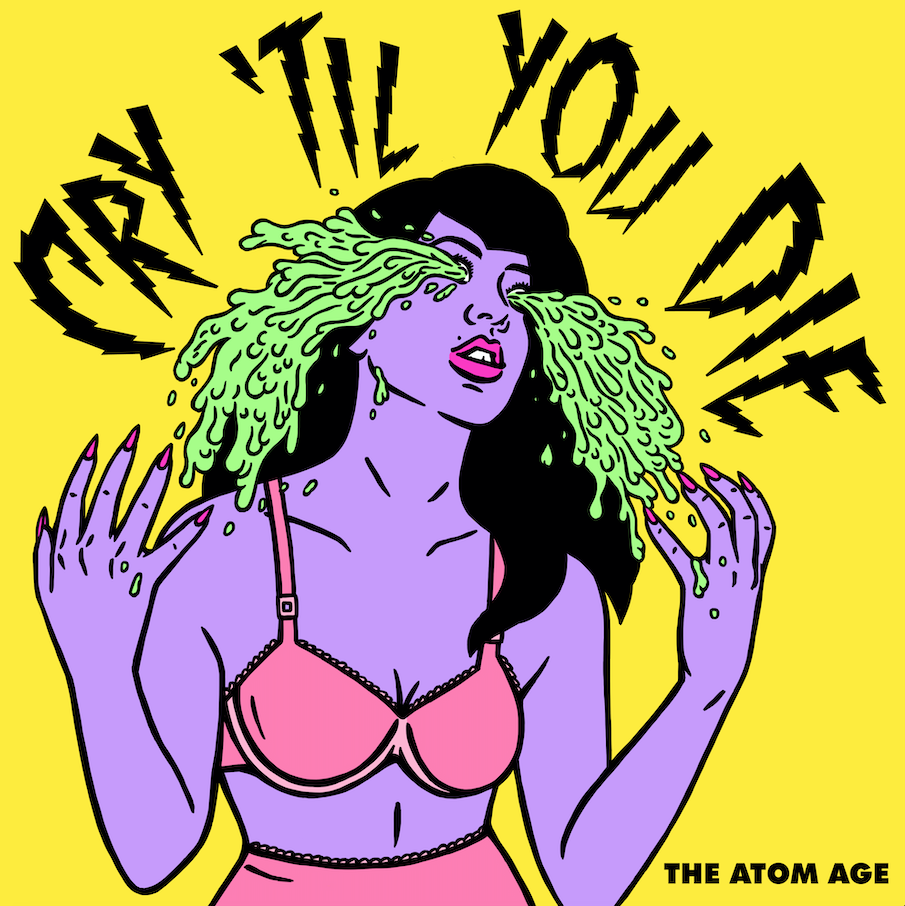 About The Atom Age:

Run hot enough, a vacuum tube implodes, collapsing in on itself in the shithot blast of a rock and roll suicide. Once the heat kicks in, there’s no other outcome but thermal shock and shattered glass.

Since 2009, Oakland’s The Atom Age have been scattering slivers of imploded tubes all across the Bay Area. A rocket propelled ode to the unhinged power of ‘60s punk and R&B, the Age are more Sonics than Hives, and more Link Wray than Jack White. Coming to life out of the Bay’s punk scene, they’re a powder keg of a live band. But in the past, capturing this energy on record has proven a challenge. Over their last three albums, the Atom Age have documented their considerable strength for songwriting (most notably 2015’s Hot Shame), but something has almost always been lost in the equation of tracking and layering. Only now, thanks to the sympatico production work of Dave Schiffman (The Bronx, Pup, Jimmy Eat World) has the mutant fission of their live shows truly been captured on record.

Blazing by in a relentless 25 minutes, Cry Til You Die is Atom Age at their most swaggeringly explosive, their pop craftsmanship fused inseparably to every skronking sax line and Farfisa wail. Lead single “Walk Through Walls,” with its stabbed keys and bleating saxophone, is less a walk than a drunken march across boundaries—a sauced night stroll which slams headlong into one of the band’s best riffs to date. “Bad Seeds,” sailing on a snaking surf riff, recalls the sleaze of early Tarantino soundtracks. Recorded live at District Recordings in San Jose, CA, every track on Cry Til You Die is slick with sweat, and coated in a fine layer of grime. From the leading howl in opener “Love is a Numbers Game” to the final shriek of feedback on the closing title track, this is The Atom Age at the top of their craft.

As soon as the record begins, you’ll start to feel the heat. But be warned: once it builds, it doesn’t let up. By the end, there’s no other outcome. You might not implode, but you will Cry Til You Die!- – Mike Huguenor

What others have said about The Atom Age:

“…both wild and charmingly nasty.”- Stereogum

“…you can definitely hear the riff toying with The Clash’s “Brand New Cadillac”… Take that song, add in a dash of The Fleshtones—maybe sprinkle a bit of Rollins-era Black Flag—and presto, The Atom Age.”- Flood Magazine

“It’s the kind of shout-and-scream-along record that would fit perfectly in-between late-80s Cramps and late 60s-Rolling Stones, one that’s absolutely impossible to listen to at a low volume.”- Glide Magazine

“…behind the fuzzed out guitars and chaotic singing is a wealth of talent and the ability to bring jazz into a full throttle hybrid punk explosion that sounds like The Rolling Stones, The Nation Of Ulysses and The Cramps in a high speed crash.”- New Noise Magazine 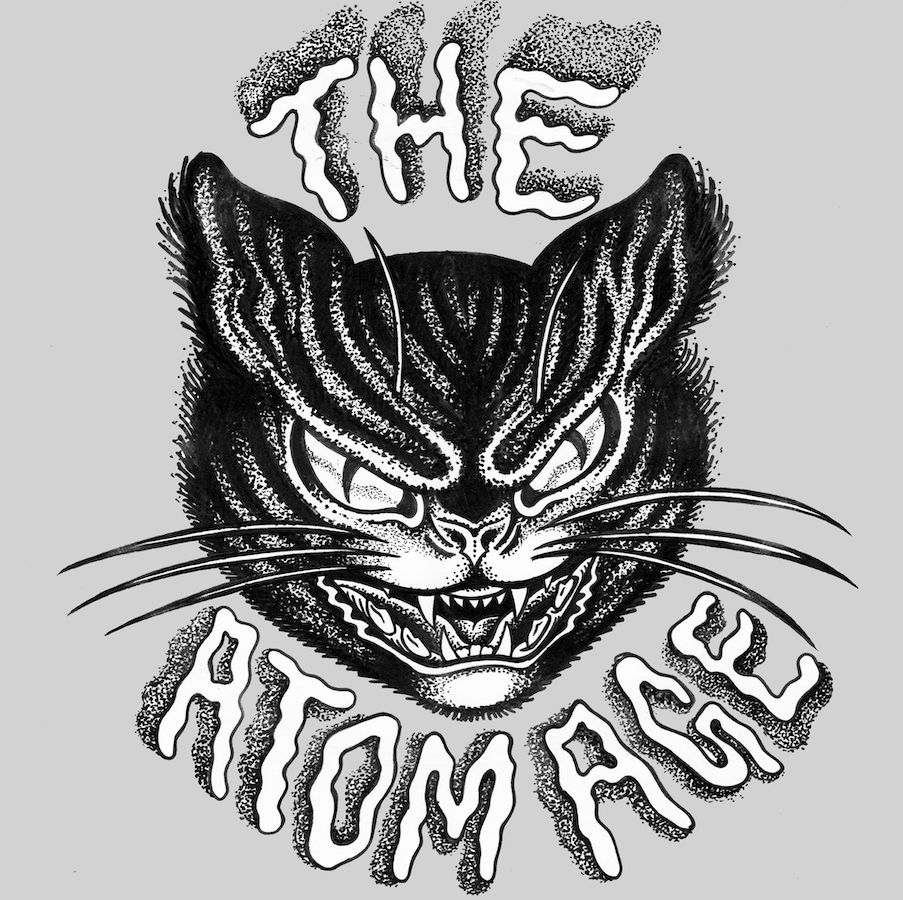