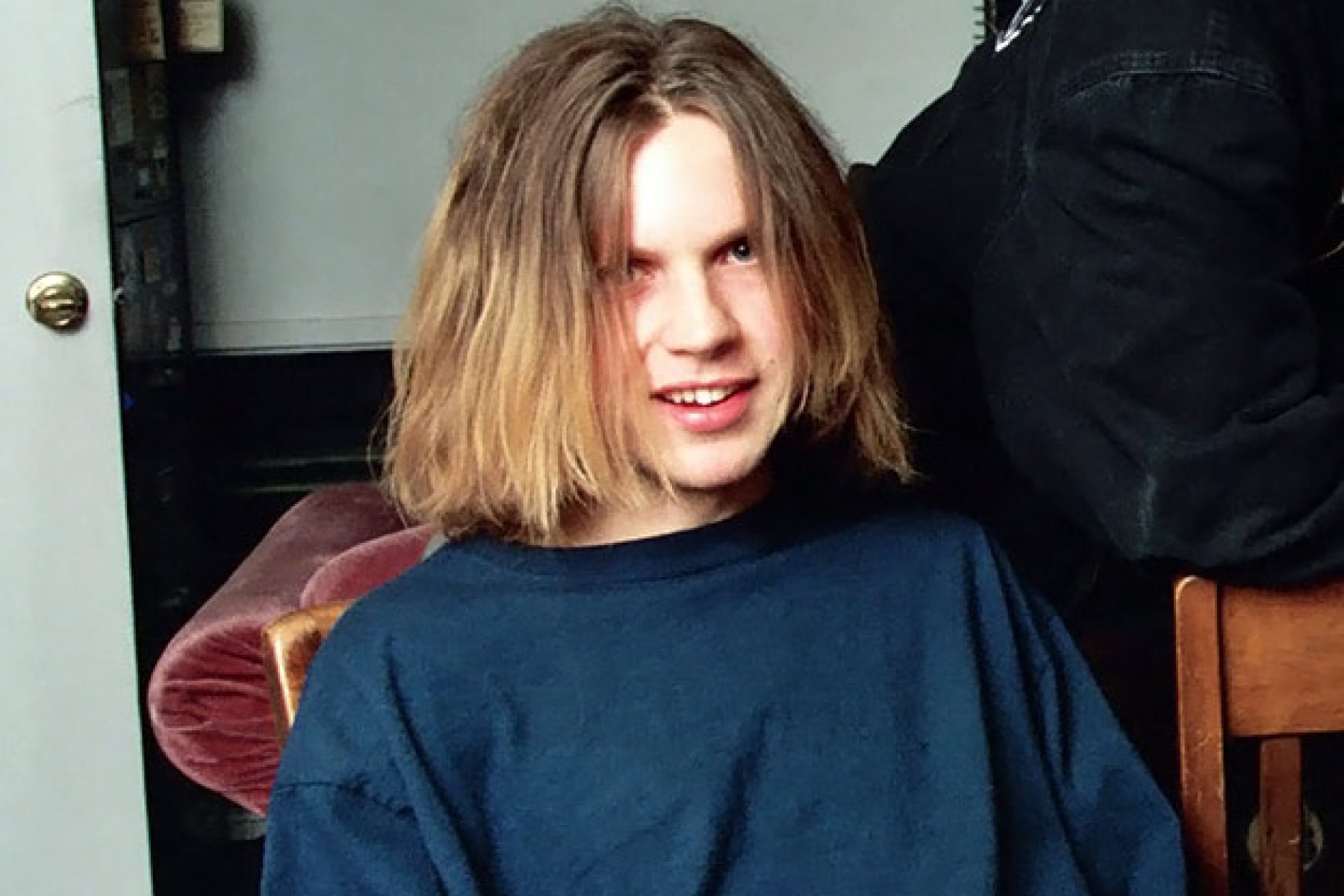 60. “A Father and A Son,” Loudon Wainwright III. Songwriter: Loudon Wainwright III; Did Not Chart; 1992. Loudon’s kids were always fair game for his music, whether he was telling them to shut up (“Lullaby”), smacking them (“Hitting You”), or explaining a divorce (“Your Mother and I”). His insecurities with Rufus started with breastfeeding (“Rufus Is a Tit Man”) and continued with the “teenage/middle-age war” of “A Father and a Son.” Of course, we are all familiar with the concept of “daddy’s girls” and “momma’s boys,” but same gender parental relationships can be more competitive. When Rufus first began his career as a singer, he downplayed his issues with his father, but commented in 2020, “We had periods where we almost killed each other. I wish I was speaking figuratively but it was pretty hairy at times.” Of course, being a Loudon Wainwright song, there are still zingers within the angst, including, “And I know that I’m miserable; can’t you see?/I just want you to be just like me.”

59. “One by One,” Billy Bragg and Wilco. Songwriters: Woody Guthrie, Jeff Tweedy; Did Not Chart; 1998. Billy Bragg, “Woody (Guthrie) came from the English folk-song tradition, songs of 30 verses and no reprise. I would argue he’s the last of that ballad tradition and on the cusp of where folk music stops being folk and became music where people know who wrote it. He was the first singer-songwriter.” On “One by One,” Guthrie writes about the inexorable march to death, watching the seconds of his life tick away while hoping that his relationship with his lover will last eternally (“One by one my hair is turning gray/One by one my dreams are fading fast away”). Jeff Tweedy, who still regularly performs “Mermaid Avenue” material in concert, “I think Guthrie is one of the primary sources for American songwriters. As a kid growing up, I absorbed his music and his voice. It was elemental for me.”

58. “Only Shallow,” My Bloody Valentine. Songwriters: Kevin Shields, Bilinda Butcher; Did Not Chart; 1992. If there has ever been a band built to maximize hearing loss, it’s the Dublin based shoegaze/dream pop act My Bloody Valentine. On “Only Shallow,” the listener feels literally bathed in waves of guitar sounds in an entrancing and comforting manner. Guitarist Kevin Shields created previously unheard sounds from his guitar by using his tremolo bar as a modified strumming device. The riff for “Only Shallow” was derived from experimenting with a 1960’s Burman amp and a Fender Showman guitar. Shields, “I set them up facing each other with one microphone in the middle and both of them with the tremolo going,” he explains. “So the base sound of the thing was these two amps with the tremolos shaking at different rates. I overdubbed that, so you had four different rates of tremolo. Then I sampled it in the Akai (digital sampler) and played it backwards, so it was backwards and forwards at the same time, and then played it an octave higher.” The impact? Ira Robbins, “Songs like ‘Only Shallow’…send the listener falling weightlessly through space, a fantastic journey of sudden perspective shifts and jagged audio asteroids. In My Bloody Valentine’s magical kingdom, cacophony is the mind-altering path to beauty.”

57. “Tearing Down This Place,” Freedy Johnston. Songwriter: Freedy Johnston; Did Not Chart; 1992. Like “They’ll Need a Crane” by They Might Be Giants in the late 1980s, Freedy Johnston compares the dissolution of a relationship to the need to raze a structure on “Tearing Down This Place.” Similar to his minor hit “Bad Reputation,” Johnston uses repetition for a devastating impact, noting “Here’s the room where they laid awake through a complicated night/He was starin’ at the wall and she cried and cried and cried.” Robert Christgau, “Like so many of Johnston’s metaphors, it’s palpable. You can see him doing day work on a demolition crew, and wondering who lived there, and finally projecting his own dead memories into the space. Johnson is modest in everything but his perfectionism.”

56. “Loser,” Beck. Songwriters: Beck, Carl Stephenson; #10 pop; 1993. With its request for a homicide, its mixture of a blues lick with hip hop beats, and a sarcastic self-demeaning chorus in two languages, “Loser” was not a typical pop hit. According to Beck, the title concept came from his disappointment at how inept he felt his rapping was. Part of the inspiration for the comical lines came from Beck’s time working in L.A. clubs, as a means to get attention from an audience bored with blues covers. Chuck Klosterman on the impact of “Loser” on a generation of getting-crazy-with-the-Cheese-Whiz stoners and slackers, “Here’s what really happened when MTV played Beck’s ‘Loser’ for the first time, in 1994: The culture inverted itself, weirdness was instantaneously mainstreamed, everyone stopped combing their hair, people slept more and purchased broken turntables at stoop sales, dirtbags began using the word art in casual conversation. ‘Loser’ was lifestyle branding. It made a vision of unspecific, apolitical apathy appear charming and desirable. Overnight, it was so much easier for white people to be cool. All you had to do was look weird and act weirder.”

55. “Girl from Mars,” Ash. Songwriter: Tim Wheeler; Did Not Chart 1995. The Northern Ireland band Ash was a major act on the U.K. pop scene from the mid-1990s through the early 2000s. They had their breakthrough single with “Girl from Mars,” an interplanetary love song like “Another Girl, Another Planet” by the Only Ones, that Ash frontman Tim Wheeler penned at the age of seventeen. Nice production touch – how the extremely distorted, fuzz guitar sounds like a rocket ship in the short instrumental breaks. Tim Wheeler, “The first demo I did on my own sounds very much like a Teenage Fanclub song, mid tempo and jangly. When we played it as a band, we sped it up and it became more like the Buzzcocks. Live, it got a reaction straight away. I was finishing my A-levels (author’s note – U.K. high school standardized tests) when I first heard ‘Girl from Mars’ on the radio. Then two days later we were playing Glastonbury. It’s been on the setlist for every gig we’ve done ever since. I’m not sure they’d let us out of venues if we didn’t play it.”

54. “Drunken Angel,” Lucinda Williams. Songwriter: Lucinda Williams; Did Not Chart; 1998. Almost a decade after his death and well before he became a posthumous cottage industry, Lucinda Williams penned “Drunken Angel” about Austin singer Blaze Foley, who she has described as both “a fuck up who put duct tape on his shoes and duct tape on his guitar” and as “a genius and a beautiful loser.” Lucinda covers both aspects of Foley in her song with the lyrics, “Followers would cling to you/Hang around just to meet you/Some threw roses at your feet/And watch you pass out on the street/Drunken angel.” Lucinda, on the influence of her father, poet/college professor Miller Williams, “When I was working on ‘Drunken Angel,’ it was pretty much finished, and I had this line,’’blood flows out of a hole in his heart.’ He said, ‘I think it would be better if it was ‘THE hole in his heart.’ I never took a writing course, but I had him as a teacher.” Williams on the impact of the song today, “I’ll tell people that the song has become something now that could be about Townes (Van Zandt) or Gram Parsons or Kurt Cobain or any artist who’s died too young and given up the ghost. People respond to that.”

53. “Been Caught Stealing,” Jane’s Addiction. Songwriters: Eric Avery, Perry Farrell; Did Not Chart; 1990. Jane’s Addiction brought petty theft as personal adventure, barking dogs, and a funk sensibility to Modern Rock radio and MTV with 1990’s “Been Caught Stealing.” While rock ‘n’ roll poster boy Dave Navarro gets plenty of ink for his contributions to Jane’s Addiction, the key players in “Been Caught Stealing” were the rhythm section. Drummer Stephen Perkins, “’Been Caught Stealing’ was written when I was really hot for go-go music. It had a lot for a drummer to explore. I have cowbells and timbales on the kit, and I try to use my left hand as a percussionist, and let my right hand play the hat and the snare pocket. That fun factor that you get from go-go and funk, I’m bringing that to the kit every time I play. I didn’t realize the quality of the drumming in straight funk growing up, but go-go was in your face and showed off a little more, you didn’t have to be a drummer to hear those kinds of drum parts and how African they were.”

52. “Pineola,” Lucinda Williams. The most gripping song from Lucinda Williams’ 1992 album “Sweet Old World” is a return to the type of stark tragedy that folk and country music often detailed during the genre’s infancy. “Pineola,” a song that Lucinda Williams has compared stylistically to Bobby Gentry’s “Ode to Billie Joe,” begins with a suicide and then details the emotional aftermath. The lyrics were inspired by death of Arkansas poet Frank Stanford, who killed himself at the age of 29, and the different worlds he inhabited. Williams, “Most of those lyrics are factual. It was really surreal. My dad and all of his writer friends were in one group, and his (Stanford’s) mother and sister were off to themselves. They didn’t know anyone. In fact, none of his friends knew anything about his family. It was a very Southern Gothic kind of thing.”

51. “Wish Fulfillment,” Sonic Youth. Songwriters: Lee Renaldo, Thurston Moore, Kim Gordon, Steve Shelley; Did Not Chart; 1992. “Wish Fulfillment,” a song about unrequited love or romantic obsession or stalking, would be a power ballad in the hands of a more traditional band. Instead, you get the beautifully dark guitar interplay between Thurston Moore and Lee Renaldo with the dynamics of classic rock. Author David Weltzner, “For nearly twenty-five years, the Lee-penned ‘Wish Fulfillment’ has elicited the most powerful emotions in me not tied to a particular place, time or associative experience as pop songs may, but through the immersion in its three and a half minutes of dissonant envelopment.” Blogger Lazerock, “Butch Vig’s production made this sound extremely expensive, which it doubtless was. It also made the Sonic Youth guitars sound monstrously powerful, whilst still ensuring they serve the song, rather than overwhelming it.” Also, drummer Steve Shelley, who has been described by Thurston Moore as having “a certain physicality about him,” knows when to lay back and when to bring some thunder.