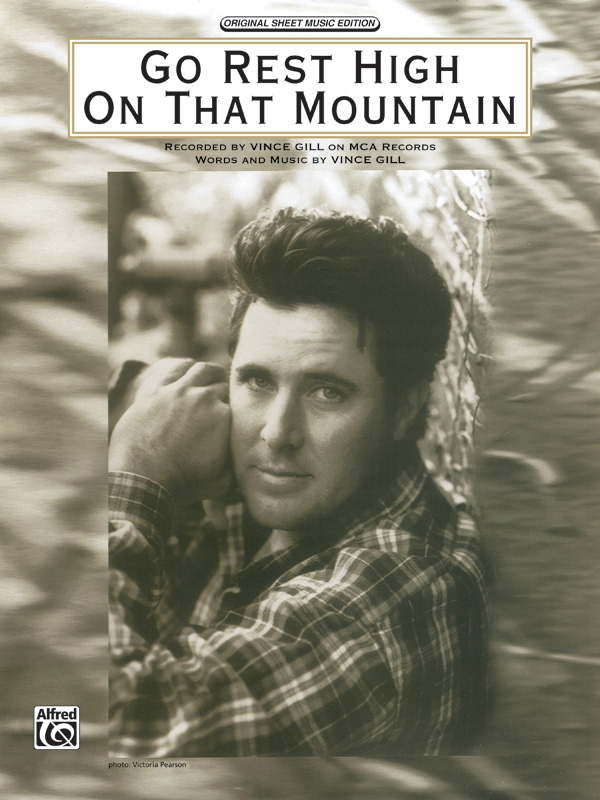 50. “The Impression That I Get,” The Mighty Mighty Bosstones. Songwriters: Dicky Barrett, Joe Gittleman; #23 US Radio Songs; 1997. The Boston ska punk act The Mighty Mighty Bosstones formed in 1983 and were signed to a major label a decade later. They had their breakthrough chart success with “The Impression That I Get,” an anthem about, of all things, never having faced hardships. Rock critic Tom Breihan, “’The Impression That I Get’ was a three-minute capsule of everything the Bosstones did well. It had a needling guitar line, a horn riff that would burrow its way into your brain and stay there forever, and a huge, widescreen chorus that made for a fun big-room shout-along.” Lead singer Dicky Barrett, who also works as the announcer for “Jimmy Kimmel Live!,” “If you play the type of music that we play, ska with other influences, I think that you kind of do it because you love it. You’re not trying to figure out what’s popular or what people are gonna latch onto. I love this music, I want to play it. Then, if people like what you’re doing, that’s icing on the cake.”

49. “Television Light,” Marshall Crenshaw. Songwriter: Marshall Crenshaw; Did Not Chart; 1999. “Television Light” is classic Marshall Crenshaw, guitar hooked melodic rock, although the violin solo is a change of pace. The lyrics are about, of course, not getting the girl. Perry Gettelman of the Orlando Sentinel, “Crenshaw contemplates the narrowly averted wreck of a romance, and the melody soars and descends like the scary mix of relief and remorse you feel when you try to change lanes without looking and just barely swerve back in time. The delicate string arrangement seems to haunt the chorus, spinning around Crenshaw’s vocal.” Amy S of Classic Rock History, “The songs he’s created are power pop masterpieces: predominantly 4/4 beats with deceptively complicated guitar work, catchy hooks, and lyrics that are smart enough to appeal to an educated crowd but not so obtuse that the masses brush him off as pretentious. On ‘Television Light,’ first you notice the longing lyrics, then how smoothly the verse transitions into the hook of the chorus, and then the intricately layered percussion. Crenshaw has gotten better and better at writing songs of introspection, and ‘Television Light’ is a perfect example of that.”

48. “The Summer of My Wasted Youth,” Amy Rigby. Songwriter: Amy Rigby; Did Not Chart; 1998. On “The Summer of My Wasted Youth” Amy Rigby catalogues several experiences she had in New York City that resulted in her coming of age as an artist. Those life lessons included Patsy Cline, Skeeter Davis, thrift shop skirts, pot, LSD, plaster cows, Polish bars, and having the freedom of discovery via unemployment compensation. Rigby, on penning the song on a subway, “I thought of how long I’d been doing this, writing songs, and here it was happening again. If I could just hold on to the words and melody until I got home and grabbed my guitar, well maybe this time, this song would be the one, it would say it all and I really would have done something.” Everyone deserves at least one season in their life like the one Rigby describes with such a sense of wonder and fulfillment.

47. “Wicked Game,” Chris Isaak. Songwriter: Chris Isaak; #6 pop; 1990. Chris Isaak ruled the airwaves and MTV in late 1990/early 1991 with “Wicked Game,” a dark sensual number about destructive romantic obsession. Isaak, “This one I wrote really late at night and it was written in a short time, because I remember that a girl had called me and said, ‘I want to come over and talk to you,’ and ‘talk’ was a euphemism. And she said, ‘I want to come over and talk to you until you’re no longer able to stand up.’ And I said, ‘Okay, you’re coming over.’ And as soon as I hung up I thought, ‘Oh, my God. I know she’s gonna be trouble. She’s always been trouble. She’s a wildcat. And here I am, I’m going to get killed, but I’m doing this.’” Author Grant Walters, “’Wicked Game’ is a pristine union of Isaak’s aching vocal and the desolate wail of James Calvin Wilsey’s ’65 Stratocaster. Underneath, the brushed drum loop, simple bass line, and muted background vocals create a simmering atmospheric buzz.” I saw Isaak in concert in the mid 2010s and when the band struck the opening chords of this song, it was like pheromone mist was sprayed across the entire room.

46. “Youth Against Fascism,” Sonic Youth. Songwriters: Kim Gordon, Thurston Moore, Lee Ranaldo, Steve Shelley, Ian McKaye; Did Not Chart; 1992. Sonic Youth eschewed their typical cryptic lyrics on “Youth Against Fascism,” instead yelling out support for Anita Hill and denouncing Christian liars, war pigs, and skinheads. Ian MacKaye of Fugazi/Minor Threat added some impromptu guitar work, while waiting in the recording studio for a dinner order. JR Moores of The Quietus, “There’s a lot to love about this track, from Kim Gordon’s stomping two-chord bassline to the improvised guitar attack courtesy of guest star Ian MacKaye. But one of the things I really like about ‘Youth Against Fascism’ is the lyrical restraint shown by Moore in verse number three. As repulsed as the singer is by the attitudes of skinheads, racists, Christian liars, the KKK and other assorted political numpties, Moore refuses to award them the strongest, coarsest reactions they crave. The neo-nazi is a ‘sieg heiling squirt,’ an ‘impotent jerk,’ and a ‘fascist twerp.’ His non-swearing slurs make his targets seem far less powerful, threatening and manly than they perceive themselves to be.” Moore sang “It’s the song I hate” repeatedly, because he wasn’t enthralled with the original demo jam that was the starting point for the composition.

45. “Nothing Compares 2 U,” Sinead O’Connor. Songwriter: Prince; #1 pop; 1990. After the Prince created R&B act The Time disbanded in 1984, The Purple One created a new act, including many former members of the Time, called The Family for his Paisley Park label. The Family recorded the Prince composition “Nothing Compares 2 U” in 1985 as a synthesized ballad in 1985. For mainstream audiences, Sinead O’ Connor’s heart wrenching cover was the first time it was heard and it was her powerful voice that made the song so unforgettable. Radhika Jones of Time magazine, “There’s a fair amount of late-’80s overproducing to get past in this track, but O’Connor’s ethereal voice is more than a match for it — the proof being that when she takes it down to almost a whisper, the breakup anguish emerges most clearly.” Prince, reportedly wasn’t happy about O’Connor covering his song without his blessing, and according to O’Connor a meeting between the two ended in a physical altercation. O’Connor, “He ordered that I don’t swear in my interviews. I told him where he could go and he went for me. We meet on the highway in Malibu at five in the morning – I’m spitting at him, he’s trying to punch me.”

44. “Go Rest High on That Mountain,” Vince Gill. Songwriter: Vince Gill; #14 country; 1994. Vince Gill has released over twenty Top Ten singles, but his signature song wasn’t one of them. The eulogia ballad “Go Rest High on That Mountain” was initiated after the death of Keith Whitley in 1989 and completed after the death of Vince Gill’s brother in 1993. Gill, “I wrote this song, and I didn’t have any idea if anybody would want to hear it, or like it. All I wanted to do was grieve for him and celebrate his life. That’s how I always process grief – sit down with a guitar and make something up. Turns out that if anybody remembers any of my songs, it’ll be this one.” Patty Loveless and Ricky Skaggs provide backing vocals on this textbook example of how to merge country and gospel music. Gill and Loveless famously performed “Go Rest High on That Mountain” at the funeral for George Jones in 2013. Rolling Stone, summarizing the song’s appeal, “Despite the devastating lyrical content and tragic circumstances, it’s noted for its spiritually optimistic note.”

43. “Web in Front,” Archers of Loaf. Songwriters: Erich Bachmann, Eric Johnson, Matt Gentling, Mark Price; Did Not Chart; 1993. Asheville, North Carolina natives Archers of Loaf released a series of critically acclaimed albums during the 1990s, but never reached an audience beyond college radio. While Kurt Cobain wanted to eat your cancer during the 1990s, Archers of Loaf, just as oddly, but more melodically, wanted to be your spine. Author Paul Thompson, “Web in Front,’ the glorious gutpunch that opens (the) 1993 ‘Icky Mettle’ album, isn’t just their finest song, it’s their defining moment, their rocket-shot into the canon.” Matt LeMay of Pitchfork, “’Web in Front’ is quite simply among the finest indie rock songs ever written. That a song whose lyrics are all but impossible to parse literally comes off as so immediate and relatable speaks both to Bachmann’s skill with words-as-sounds, and to his bandmates’ ability to put force and nuance behind his voice.” It’s a pretty impressive legacy for a song that last two minutes and nine seconds.

42. “Birdhouse in Your Soul,” They Might Be Giants. Songwriters: John Flansburgh, John Linnell; Did Not Chart; 1990. This endlessly catchy, eccentric love song was the closest They Might Be Giants ever got to mainstream success, peaking at #3 on the U.S. modern rock charts and hitting the Top Ten in the U.K. John Flansburgh, “We’re not really into writing songs with secret meanings or coded messages. I mean, for example, ‘Birdhouse In Your Soul; is a song about a nightlight. That’s it. It’s written from the perspective of a nightlight serenading the occupant of its room. The thing is, there are so many syllables in the songs that we have to come up with something to fill the spaces. So it ends up being kind of Gilbert and Sullivany.” Rock critic Michael Azerrad has called the song a “towering achievement.” More details from author Dave Eggers, “That’s a beautiful song. A birdhouse in your soul is an image you can’t shake. It’s a beautiful line. The whole song is beautiful by any standard, a gorgeous melody. But then, it’s actually about a nightlight. That’s too much for a lot of people to process.”

41. “Victoria,” Old 97’s. Songwriters: Rhett Miller, Ken Bethea, Murry Hammond, Philip Peeples; Did Not Chart; 1995. The Old 97’s hadn’t conquered the world, or even Dallas/Fort Worth, in 1995 – Rhett Miller’s reported income for that year was $3,800. The band raised their profile on the “Wreck Your Life” album, released on Bloodshot Records. “Victoria” is the lead track and was inspired by an ex-girlfriend of Miller’s. He describes her pill popping, boyfriend drowning, troubled soul by stating, “She started out on Percodan and ended up with me.” Musically, this is an excellent representation of their early rockabilly meets Texas twang sound and Miller’s deft wit. Option Magazine, “Victoria’ layers its hooks in a rich blend of riffs and refrains that disguise the tune’s bittersweet story.” Deeper attention spans are duly rewarded with this band.