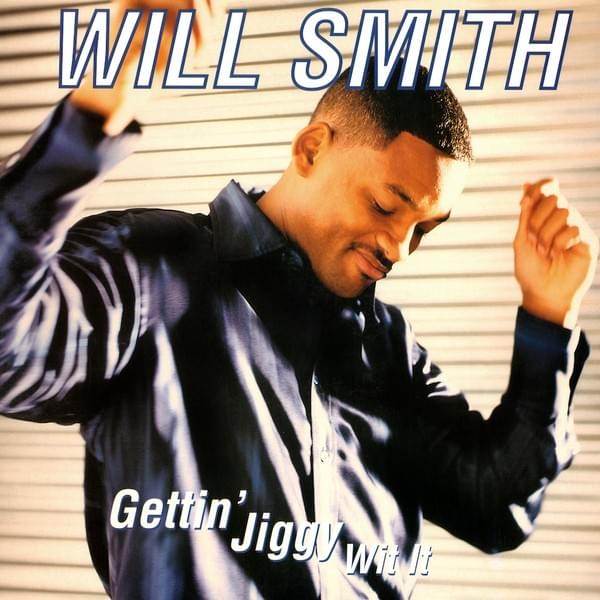 490. “All I Wanna Do,” Sheryl Crow. Songwriters: Wyn Cooper, Sheryl Crow, David Baerwald, Bill Bottrell, Kevin Gilbert; #2 pop; 1994. Sheryl Crow, the great-granddaughter of a U.S. congressman and the daughter of a small town attorney, grew up fifteen minutes away from this typist in Kennett, Missouri. The University of Missouri grad worked as a teacher, recorded jingles, and was a backup singer for Michael Jackson before becoming a pop star. “All I Wanna Do,” a catchy rewrite of “Stuck in the Middle with You” as noted by rock critic Greg Kot, was lyrically based upon a 1987 poem by Wyn Cooper, making Crow sound much more bohemian than she ever was. However, she succeeded in making the slum life sound like the fun life. Trivia note – co-writer David Baerwald was part of the 1980s Steely Dan influenced duo David + David who hit the Top 40 in 1986 with “Welcome to the Boomtown.”

489. “The Only One I Know,” The Charlatans. Songwriters: Martin Blunt, Jon Brookes, Tim Burgess, Mark Collins, Jon Day; Did Not Chart; 1990. The Charlatans formed in the West Midlands region of England in 1988 and found success on this U.K. Top Ten single by mixing psychedelic sounds with dance beats, as was the trend in their homeland at the time. “The Only One I Know” pays tributes to the 1960’s by quoting the Byrds and replicating an organ section from the Deep Purple version of “Hush.” Blogger J.P. Robichaud, “The screaming high end on guitars and Martin Blunt’s thumping bass line, simply provide an extra large canvas for Rob Collins to paint his whirling Hammond splatters. And then… and then, there’s Jon Brookes’ mad shuffling drum beat that almost begs you to take up the maracas and dance like a looney fool. Even today, I feel out of breath just listening to it and remembering all the times, all the drunken nights, I danced to this particular track, mouthing along to what I imagined were the lyrics.”

488. “Gettin’ Jiggy wit It,” Will Smith. Songwriters: Samuel Barnes, Bernard Edwards, Joe Robinson, Nile Rodgers, Will Smith; #1 pop/#6 R&B; 1998. Coming off the 1997 film “Men in Black,” which raked in over $500 million at the box office, Will Smith returned to the pop charts with the #1 single “Getting’ Jiggy wit It.” The song nicks a Bernard Edwards/Nile Rodgers riff from Sister Sledge’s “He’s the Greatest Dancer” and a chant from the Bar-Kays’ “Sang and Dance,” while Smith wrote the raps with some assistance from an uncredited Nas. Chris Gayomali of GQ, “It’s a track that’s so silly and so toothless it almost feels subversive. It’s dad rap refracted through a prism of ‘MMMBop.’ If you haven’t listened to it in a few years, now would be a good time to slip on a giant pair of headphones to RELIVE THE JIGGY MAGIC, especially if you value feeling emotions like, I dunno, undiluted joy.”

487. “Kool Thing,” Sonic Youth. Songwriters: Kim Gordon, Thurston Moore, Lee Ranaldo, Steve Shelley; Did Not Chart; 1990. “Kool Thing” was penned after a Mars/Venus interview Kim Gordon attempted to have with LL Cool J for “Spin” magazine in 1989. (I have seldom been more amused than when Gordon tried to explain the historical importance of Iggy Pop and the Stooges and LL Cool J responded with, “I like Bon Jovi.”) Author Elissa Schappell, explaining the many layers of “Kool Thing,” “Kim transformed the experience into a sharp and witty social critique of gender, race and power that you could dance to. ‘Kool Thing’ is more than Kim’s assault on LL Cool J’s ego, but a self-mocking jibe at her own liberal politics. The sarcasm in her voice when she addresses ‘Kool Thing’ (Public Enemy’s Chuck D) in the breakdown is self-mocking — the female voice inflated by privilege and naïveté. (‘I just wanna know, what are you gonna do for me? I mean, are you going to liberate us girls from the white male corporate oppression?’) It’s a joke at her expense, sure, or so it would seem until she slips us that line, like a kiss with a razor blade under her tongue, ‘I just want you to know that we can still be friends…’ Because that’s what girls like me have been conditioned to say when really what we want to say is ‘Fuck you.’ That’s what we mean but we can’t or won’t say it. In ‘Kool Thing,’ Kim is writing in code. There’s so much aggression in what would appear to be such a simple throwaway line, and I envy her being able to do that.”

486. “Genie in a Bottle,” Christina Aguerila. Songwriters: David Frank, Steve Kipner, Pamela Sheyne; #1 pop; 1999. Teenager Christina Aguerila wanted to be rubbed the right way on her 1999 pop breakthrough hit “Genie in a Bottle,” as she followed the path of fellow “Mickey Mouse Club” alums Britney Spears and Justin Timberlake into mainstream success. Songwriter Pamela Sheyne, “Christina totally nailed the feeling and emotion of ‘Genie in a Bottle’ and she put her own stamp on it and owned it. I remember hearing it back and thinking, ‘Wow, this could really be something.’ I never predicted it would be the international hit it was. Everyone who listened to it for the first time had a similar reaction, that it was a smash, but I didn’t dare prejudge and jinx it.” Engineer Paul Arnold, “Right from the intro, there’s that little instrumental thing (on piano) they did right at the beginning, and then the drum beat kicks in… It catches your attention right away. You can’t help but move your body, nod your head, tap your foot. It’s a great track.”

485. “Sex Bomb,” Tom Jones (featuring Mousse T). Songwriters: Mousse T (Mustafa Gundogdu, Errol Reynolds); Did Not Chart; 1999. During the 1990s and 2000s, Tom Jones maintained a higher profile as a pop star in the U.K. and throughout Europe than he did in the U.S. He had the biggest selling album of his career with 1999’s “Reload,” which contained fifteen duets with different artists. The album included the international hit covers of “Burning Down the House” (with the Cardigans) and “Mama Told Me Not to Come” (with the Stereophonics). However, the biggest hit by far was “Sex Bomb,” Jones’ collaboration with German house music producer Mousse T, that went Top Ten in six countries. This brassy, upbeat sex number was a perfect fit musically and persona wise for Tom Jones. Author James Keast, capturing the mood, “Throw your panties in the air and wave them like you just don’t care.”

484. “Dear Mama,” 2Pac. Songwriter: Tupac Shakur; #9 pop/#3 R&B; 1995. Tupac Shakur may have been convicted of first degree sexual assault, bragged about playing hide the bishop with Biggie Smalls’ wife, and tried to hit another rapper with a baseball bat, but Mr. “Thug Life” Himself still got sentimental when singing about his Mama. Using a sample from jazz pianist Joe Sample’s “In My Wildest Dreams,” 2Pac relays the struggle of being a black child in a single parent household on “Dear Mama,” even mentioning his mother’s real life drug addiction (“And even as a crack fiend, mama/You always was a black queen, mama”). 2Pac in 1995, “I’m the kind of guy who is moved by a song like Don McLean’s ‘Vincent,’ that one about Van Gogh. The lyric on that song is so touching. That’s how I want to make my songs feel. Take ‘Dear Mama’ — I aimed that one straight for my homies’ heartstrings.” This is the gangsta rap version of Merle Haggard’s “Mama Tried.”

483. “Disarm,” Smashing Pumpkins. Songwriter: Billy Corgan; Did Not Chart. Future wrestling promoter Billy Corgan sold over fifteen million albums during the 1990s as the frontman of Smashing Pumpkins. Whether those albums were sold despite or because of his singing voice and ego are matters of conjecture. Still Corgan and co-producer Butch Vig developed an impressive, Pink Floyd style sonic treatment for “Disarm,” a song he summed up by saying, “I never really had the guts to kill my parents, so I wrote a song about it instead.” Ryan Leas of Stereogum, “’Disarm’ was also one of the emotional peaks on a very emotional album (‘Siamese Dream’), somehow managing to be one of the most direct pop songs of the bunch while also being one of its saddest moments. You could break this down to acoustic guitar and voice and it’d be a straightforward, heartbreaking ballad; Corgan then gave it grandeur without overblowing it.”

482. “Where the Wild Roses Grow,” Nick Cave and the Bad Seeds and Kylie Minogue. Songwriter: Nick Cave; Did Not Chart; 1995. Nick Cave had a major international hit in 1995 with “Where the Wild Roses Grow,” his murder ballad/duet with Kylie Minogue. Author Tom Reynolds, “Among the many unsettling things about this song, including the doom-laden storyline and the muted tragic string music, is the pathological motive for why the girl gets killed. The only clue we get is at the end, when he says how all beauty must die. This kind of atavistic jealousy is common in murder ballads, where an obsessed man feels the only way he can possess the woman he loves is by killing her.” Nick Cave, “’Where the Wild Roses Grow’ was written very much with Kylie in mind. I’d wanted to write a song for Kylie for many years. I had a quiet obsession with her for about six years. I wrote several songs for her, none of which I felt was appropriate to give her. It was only when I wrote this song, which is a dialogue between a killer and his victim, that I thought finally I’d written the right song for Kylie to sing.”

481. “I Kissed a Girl,” Jill Sobule. Songwriters: Jill Sobule, Robin Eaton; #67 pop; 1995. Over a decade before Katy Perry took the concept mainstream, Denver based singer/songwriter Jill Sobule had a left field hit with the playful lesbian experimentation of “I Kissed a Girl.” Sobule in 2017, “I remember having a crush on a girl in junior high school, but I still liked boys very much, and I remember feeling really bad about the crush. If I would have heard a song like ‘I Kissed a Girl’ it would have made me feel better. Wouldn’t it have made you feel better? I think I was lucky. People were still buying music. We used to complain about how awful the record companies were. But with younger acts, whenever I talk about the support I had and how much the label gave me, they can’t believe it.”