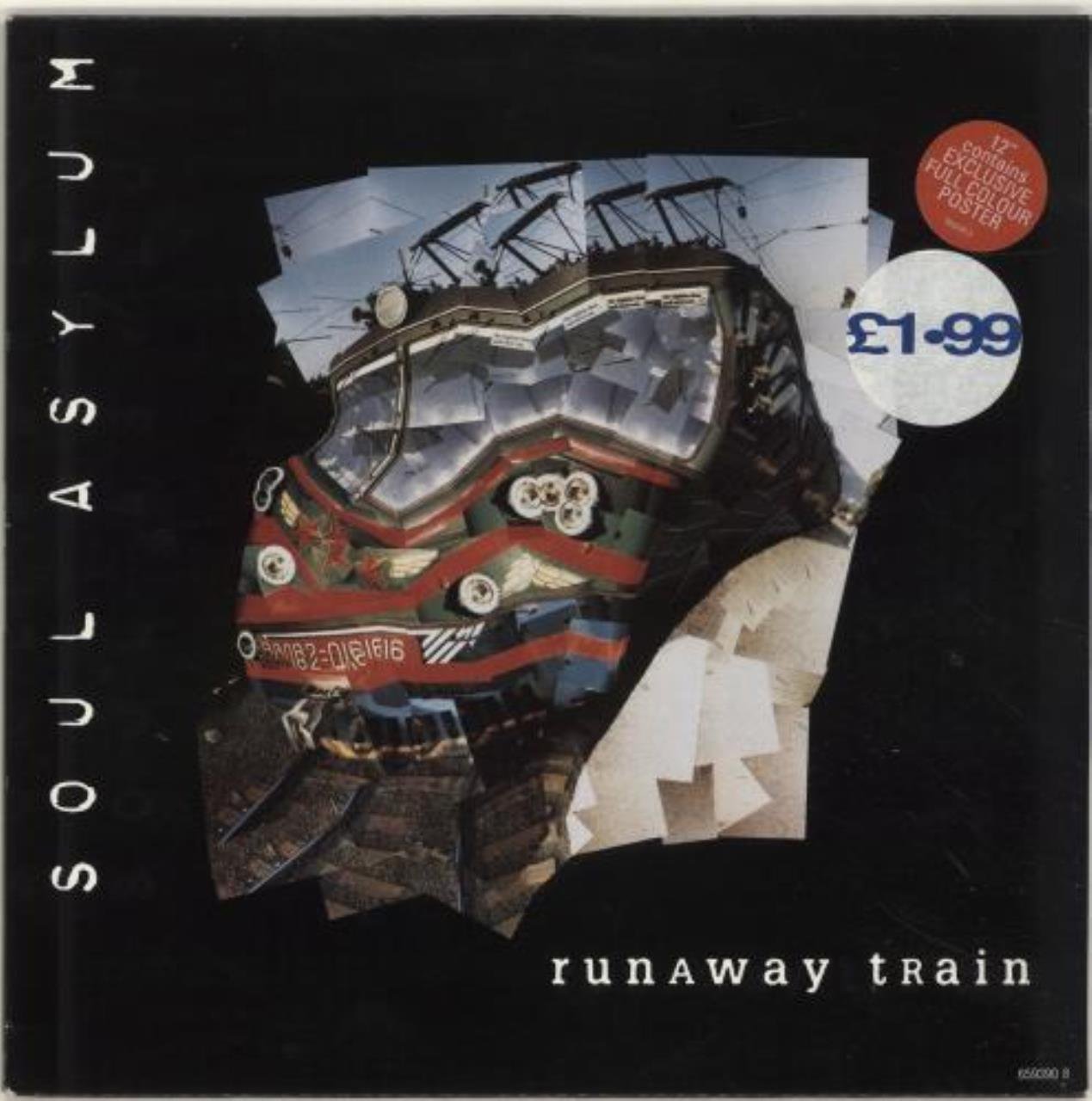 370. “Hymns to the Silence,” Van Morrison. Songwriter: Van Morrison; Did Not Chart; 1991. “Hymns to the Silence” is one of Morrison’s long, ruminate pieces with a decidedly spiritual aura. The listening experience for me is not unlike Morrison’s early 1970’s “Listen to the Lion,” where Van seems to be simultaneously exploring his soul and processing his discoveries via his wonderful gift of song. Morrison, perhaps explaining why his approach to his work is so unique, “I understood jazz. I understood how it worked. That’s what I apply to everything.”

369. “Hold On,” Tom Waits. Songwriters: Tom Waits, Kathleen Brennan; Did Not Chart; 1999. Tom Waits’ 1999 “Mule Variations” album was one of the most successful of his career, selling over a million copies worldwide and earning the gravel voiced singer a Grammy in the process. “Hold On” is a tale of lovers with different goals. She follows her dreams to California, while he can’t leave the small town life behind, and yet there’s a love that keeps them connected. Waits, “I thought that was a good thing to say in a song. Hold on. We’re all holding onto something. None of us want to come out of the ground. Weeds are holding on. Everything’s holding on. I thought that was a real positive thing to say. It was an optimistic song. Take my hand, stand right here, hold on. We wrote that together, Kathleen and I, and that felt good. Two people who are in love writing a song like that about being in love.”

368. “Feed the Tree,” Belly. Songwriter: Tanya Donelly; #95 pop; 1993. Tanya Donelly, who had formerly been a member of Throwing Muses and had worked with the Breeders, established the Rhode Island band Belly in 1991. “Star,” the debut album by Belly, went gold, largely based upon the alt-rock success of “Feed the Tree,” a song that Donelly has said is about commitment and respect. Pop Matters, “Tanya Donelly’s vocals, often double-tracked to create lovely harmonies, glide above a solid groove that alternates between acoustic passages and edgy, motoric rock.” Author Justin Pearson, “With its lucid bursts of swirling guitar that complement the song’s imagery of a bloody tree that ‘spins round and round,’ ‘Feed the Tree’ is the euphoric high point of the ‘Star’ album.”

367. “Runaway Train,” Soul Asylum. Songwriter: Dave Pirner; #5 pop; 1992. Soul Asylum came from the same Minneapolis scene that spawned Hüsker Dü and the Replacements – the connection was so tight that Hüsker guitar whiz Bob Mould produced their first album and that Tommy Stinson of the Replacements became a member of Soul Asylum for several years in the early 2000s. The band peaked commercially with their 1992 double platinum album “Grave Dancers Union,” which include the pop hit “Runaway Train,” a mid-tempo rocker with a theme of personal depression. Taking the title theme in a different direction, a popular video was produced with a theme of runaway teens. Dave Pirner in 2018, “It was also my first exposure to clinical depression. That’s the fascinating thing about it to me, people seem to identity with the song for their own reasons. Some people still associate the song with the video and the song itself has nothing to do with what’s in the video and runaway children. But the song itself is just a simple statement of insecurity. It’s talking about the downward spiral, which is what happens when you get sad. You can either come out of it or you can let it take you down. That’s what I was going through at the time. Usually people want to talk about the video and I have to explain to them that the song is not about kids at all.”

366. “If I Ruled the World (Imagine That),” Nas. Songwriters: Nasir Jones, Samuel Barnes, Jean-Claude Oliver, Kurtis Walker; #53 pop/#17 R&B. With assistance from Lauryn Hill, Nas had a major international hit with his updated take on Kurtis Blow’s peace rap “If I Ruled the World.” Author Spencer Shroyer, “Street cred secured by his debut album ‘Illmatic,’ Nas took aim at the charts on his second album, ‘It Was Written.’ Still, even with Lauryn Hill on the hook and a Hype Williams music video, Nas kept it real. You might expect his lines about designer clothes, BMWs and Rolexes, but Nas also rapped about freeing political prisoners, positive child rearing and electing Coretta Scott King. A crossover success, it charted well and earned him a Grammy nod.”

365. “I’ll Stand by You,” Pretenders. Songwriters: Chrissie Hynde, Tom Kelly, Billy Steinberg; #16 pop; 1994. “I’ll Stand by You” is the type of overproduced AOR ballad that normally makes me nauseous, but the strength of Chrissie Hynde’s vocal and the message of commitment rescues the song from its trappings of artificial gravitas. Billy Steinberg, “Chrissie came to Los Angeles and she was so determined. She said, ‘I want to write a hit.’ ‘I’ll Stand By You,’ like the other hits that Tom and I wrote, started out as a lyric that I had in a notebook. I had the title and the chorus lyric. Chrissie is a very, very strong songwriter in her own right. She’s very ruthless. She would just take a pen and she would cross out any lines I had written that she didn’t like, and usually the lines that she didn’t like would be ones that were too tender or too poetic. She would toughen up stuff I’d written.” Hynde on her intent and her accomplishment, “When I worked with Tom and Billy, that was really a cold-blooded attempt to write something to get on the radio.”

364. “When I Call Your Name,” Vince Gill. Songwriters: Vince Gill, Tim DuBois; #1 country; 1990. Nobody would confuse Vince Gill’s wounded tenor voice with Charlie Rich, but “When I Call Your Name” has an arrangement that is reminiscent of The Silver Fox’s 1970s material, without the tidal waves of orchestration. Another collaboration with Patty Loveless, this heartbroken performance resulted in the 1990 CMA “Single of the Year” and a Grammy for Best Country Vocal Performance. Gill reflecting on his first gold album, also titled “When I Call Your Name,” “One thing I was grateful for is that it was a really traditional country record. I really like deep, deep-rooted, hardcore, twangy kind of country music, the old-school stuff.”

363. “Sexx Laws,” Beck. Songwriter: Beck; Did Not Chart; 1999. “Sexx Laws” is an audacious track – an R&B dance number with horns that sound like they come from a 1970’s game show theme and a banjo break near the end. Beck, “I think my main interest in using the horns was for performance – so much music today is so guitar heavy. I sought other places to get muscle into the music. Many bands rely heavily on guitar to pump up the sound, but I thought it would be interesting to make the horns into the guitars. I think it was the L.A. Rams. I used to watch them when I was growing up, and it just reminded me of ‘Monday Night Football’ in 1978.” From the Complex website, “’Sexx Laws’ trips in that same psychedelic territory as Of Montreal, keying off ’60s psychedelica and ’70s soul to create a total acid trip of a song. It’s bold and beautiful.”

362. “Corpus Christi Bay,” Johnny Rodriguez. Songwriter: Robert Earl Keen; Did Not Chart; 1996. The largely forgotten Johnny Rodriguez scored twenty Top Ten country singles during the 1970s and 1980s, however, his personal life and career weren’t in peak form during the 1990s. He did receive positive critical attention for his 1996 album “You Can Say That Again,” an album that combined traditional country material with songs from contemporary songwriters including Lucinda Williams, Dave Alvin, and Robert Earl Keen. Keen’s tale of hard living on “Corpus Christi Bay,” where one brother gives up the wild side of life while acknowledging without judgment that the other will never change, reminded Rodriquez of his own useful indiscretions. Speaking of which, Rodriguez, who still performs in Texas, was charged with murder in 1998 and acquitted in a jury trial, blazing a path for gringo Billy Joe Shaver to follow.

361. “Road Ode,” Loudon Wainwright III. Songwriter: Loudon Wainwright; Did Not Chart; 1993. Loudon Wainwright is proof positive that unless your name is Leonard Cohen, peaking as a recording artist after the age of 40 is a seriously bad career move. Wainwright released the live “Career Moves” album in 1993, noting, “To celebrate my silver jubilee, twenty-five years of earning a damn good living on the periphery of the music business, I give you this live record done in one night at The Bottom Line in New York City, my home town.” Loudon on the touring life, “Out on the road, out on the road/You’re Willy Loman, and you’re Tom Joad/Vladimir and Estragon, Kerouac, Genghis Khan.”