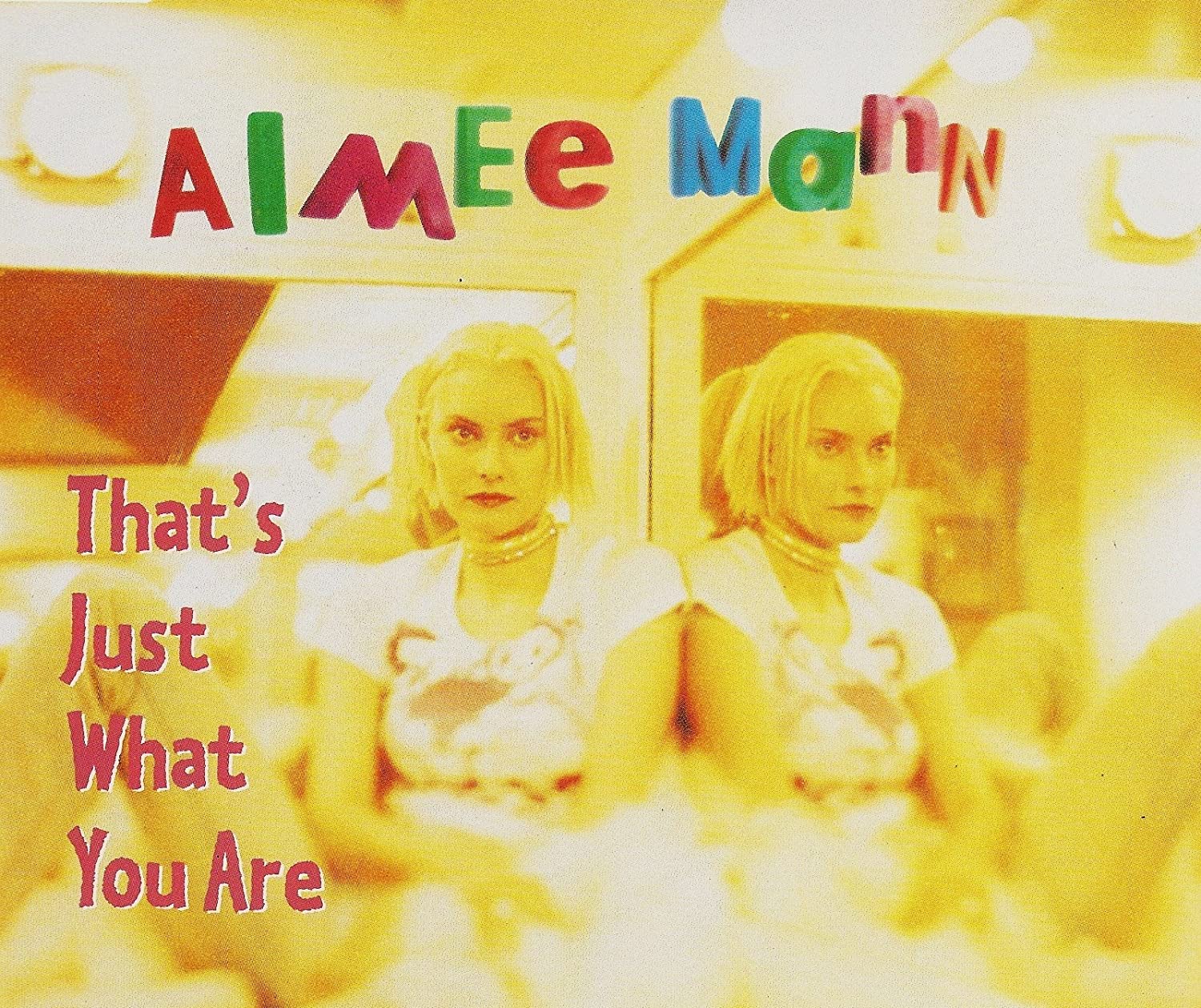 310. “Passenger Side,” Wilco. Songwriter: Jeff Tweedy; Did Not Chart; 1995. Jeff Tweedy sings about not being in control of his life on the psychedelic country number “Passenger Side,” which includes a roll-another-number-for-the-road lyrical reference to Neil Young. From the website Shmoop, “Tweedy sings in the tradition of the hard drinkin’ country outlaw, as a sorrowful passenger on the road with his own demons. ‘I’ve got a court date coming this June/I’ll be driving soon,’ he slurs tiredly in his cracked, husky drawl, and one can assume that on a literal level the narrator has lost his license for reasons regarding alcohol or reckless behavior behind the wheel. On a metaphorical level, this tells us how he feels about the careless way he’s directed his life thus far. The gravel and strain in Tweedy’s voice completes the picture of this drunk and disillusioned, young yet world-weary character.”

309. “No More Buffalo,” James McMurtry. Songwriter: James McMurtry; Did Not Chart; 1997. There are a lot of interpretations of James McMurtry’s “No More Buffalo,” to include it’s about the folly of chasing stardom, it’s an environmental warning, and it’s a song about personal destruction. Or, as McMurtry notes in the lyrics, “I guess you can see what you want to see.” In any event, it certainly has that sage, fully lived in quality of McMurtry’s best material. As a singer, McMurtry’s voice ain’t pretty, but he knows how to deliver his words with maximum emotional impact.

308. “Sadly Beautiful,” The Replacements. Songwriter: Paul Westerberg; Did Not Chart; 1990. The 1990 album “All Shook Down” is credited to The Replacements, but is really Paul Westerberg’s solo debut. Westerberg on his inspiration for “Sadly Beautiful,” “I wrote it thinking that Marianne Faithfull was going to sing it. Someone told me Marianne Faithfull was looking for a song, and he asked if I would write her one. This came from some A + R person; Marianne had probably never heard of me. But I thought, ‘Oh, Marianne Faithfull wants me to write her a tune,’ so I wrote her this song. It was about someone I knew. And once again, had it been up to me to write a song about, let’s call her ‘Jane,’ I wouldn’t have put it on my record. It was for someone else to sing, and when Marianne Faithfull didn’t sing it, I realized it was too powerful to throw away. Coming from a female standpoint, allowed me to do things that might be harder to write as a man.” Replacements biographer Bob Mehr,”The album’s key song was also Westerberg’s departure point: ‘Sadly Beautiful’ was more direct and delicate than anything he’d done before.” Trivia sideman note – John Cale played the viola solo.

307. “Virtual Insanity,” Jamiroquai. Songwriters: Jay Kay, Toby Smith; Did Not Chart; 1996. The long running English funk/dance band Jamiroquai scored a U.S. platinum album with 1996’s “Traveling Without Moving,” on the strength of their international hit “Virtual Insanity” and the corresponding video which swept the MTV awards for 1997. The song gets is based on a sample from the instrumental break in Jocelyn Brown’s 1984 single “Somebody Else’s Guy,” a Top Twenty U.K. hit. Lyrically, “Virtual Insanity” is something of an anti-technology piece, which is interesting perspective from a sample based dance song. Justin Chadwick of Albunism, “The mid tempo, piano-driven groove finds Jay Kay lamenting the proliferation of technology at the expense of human connection and preservation of our planet, as best evidenced in the chorus with lines such as, ‘Always seem to, be governed by this love we have/For useless, twisting, our new technology/Oh, now there is no sound—for we all live underground.’” Jay Kay, crying all the way to the bank, “I’ll never be credited for releasing a song called ‘Virtual Insanity’ about genetic engineering the day before Dolly the sheep is on the front of every newspaper.”

306. “Walls Can Fall,” George Jones. Songwriters: Frank Dycus, Billy Yates, Kenny Kurty Phillps; Did Not Chart; 1992. George Jones had his last Top Ten country single with 1988’s “(I’m A) One Woman Man,” a song that was first a hit for Johnny Horton in 1956. Being moved to the horse and buggy/dodo bird section of the country music airwaves was bruising to George Jones’s ego, but he still went gold with his early 1990’s albums “Walls Can Fall” and “High-Tech Redneck.” MCA tried to push his 1992 “Walls Can Fall” album. They shoehorned a plethora of hot young Nashville acts (Garth Brooks, Clint Black, Travis Tritt, Alan Jackson, etc.) into the call and response versus of the 1992 single “I Don’t Need Your Rockin’ Chair” and still couldn’t push the song past #34 on the country charts. The non-charting single “Walls Can Fall” is a mixture of country and gospel music, with a lyric about change, hope, and love that has more impact considering the recovering alcoholic who is doing the singing.

305. “Sometimes the Pleasure’s Worth the Pain,” Marty Stuart. Songwriters: Marty Stuart, Gary Nicholson; Did Not Chart; 1999. MCA Nashville was ending its relationship with Marty Stuart when he delivered “The Pilgrim,” a concept album about love and betrayal. “Sometimes the Pleasure’s Worth the Pain” is a galloping Bakersfield rocker that should have been a hit, but wasn’t even released as a single. Stuart in 2013, “It’s that age-old equation of trying to make a living yet slowly grow as an artist. The truth of the matter is I have so many friends who press up their own CDs and sell them out of the backs of their cars at festivals all over the country. And most of their stuff is 10 times better than most of what you hear coming from major labels.

And that makes sense. Home-grown tomatoes are always better than anything you’ll find in a store. The reality of the world is sometimes I have to get up and do ‘the Marty thing.’ I have to put on that bunny suit. I live with that character.”

304. “That’s Just What You Are,” Aimee Mann. Songwriters: Jon Brion, Aimee Mann; #93 pop; 1994. Aimee Mann, “I don’t understand how people can just listen to purely happy music. Writing music that is just straight ahead and happy with no conflict, it’s like going to the gym or something. It feels like a chore.” Aimee Mann does a matter of fact, brutal takedown of a man unwilling to pursue personal growth on “That’s Just What You Are.” Author Jim Beviglia, “This was a point in Mann’s career where her frustration with the machinations of record companies and the music industry in general often fueled her lyrics. Indeed, the person being addressed in ‘That’s Just What You Are’ could be an ex-lover or an A&R man. What sets Mann apart on songs like this is her ability to deliver a verbal takedown without seeming vindictive or nasty, making her argument always seem like the commonest of sense.” Chris Difford and Glenn Tilbrook manned up to provide the backing vocals.

303. “Third Rock from the Sun,” Joe Diffie. Joe Diffie didn’t get the Nashville stamp of approval until he was in his thirties. He worked in factory and trucking jobs in Oklahoma and Texas, before hitting Nashville in 1986 and becoming a popular demo singer. He was signed to Epic Records in 1990 and scored four Top Five singles and two #1 hits, “Home” and “If the Devil Danced (In Empty Pockets),” from his debut album. With a reworked Jimi Hendix title, “Third Rock from the Sun” is an enjoyable yarn about chaos theory, car theft, barroom chicanery, and a potential alien. This was the last major songwriting credit for Sterling Whipple, the one-time employee for Tennessee’s child protective services agency, who gave the world “Blind Man in the Bleachers.” Rock critic Chuck Eddy referencing this song, “(Diffie was) the only country singer to have a country hit about Edward Lorenz’s butterfly effect.”

302. “Into the Great Wide Open,” Tom Petty and the Heartbreakers. Songwriters: Tom Petty, Jeff Lynne; Did Not Chart; 1991. Tom Petty narrates how quickly the record business can elevate and eliminate a musician on “Into the Great Wide Open.” The theme of the song is reminiscent of Bad Company’s “Shooting Star,” with the warning of being careful what you wish for. One can easily imagine that Petty’s Traveling Wilbury colleague George Harrison performs the slide guitar solo, but it was actually played by Mike Campbell. Never too proud to nick a good idea, Petty recycled the phrase “a rebel with a clue” from “I’ll Be You” by the Replacements.

301. “Hard Rock Bottom of Your Heart,” Randy Travis. Songwriter: Hugh Prestwood; #1 country; 1990. El Paso native Hugh Prestwood got his break when Judy Collins recorded his composition “Hard Time for Lovers” in 1978, but he soon moved to country music, eventually penning Top Five hits for Michael Johnson, Trisha Yearwood, Collin Raye, and this Randy Travis #1 single. Travis plays the role of a sinner who can’t get redemption from his female love interest on “Hard Rock Bottom of Your Heart.” In a genre known for vocal affectations, Randy Travis’s great gift was knowing the subtle and suggestive power of understatement. Bobby Moore of Wide Open Country, “Everything you’d want from Travis, from memorable hooks to a helping of fiddle-driven ‘real country music,’ is present in spades.”