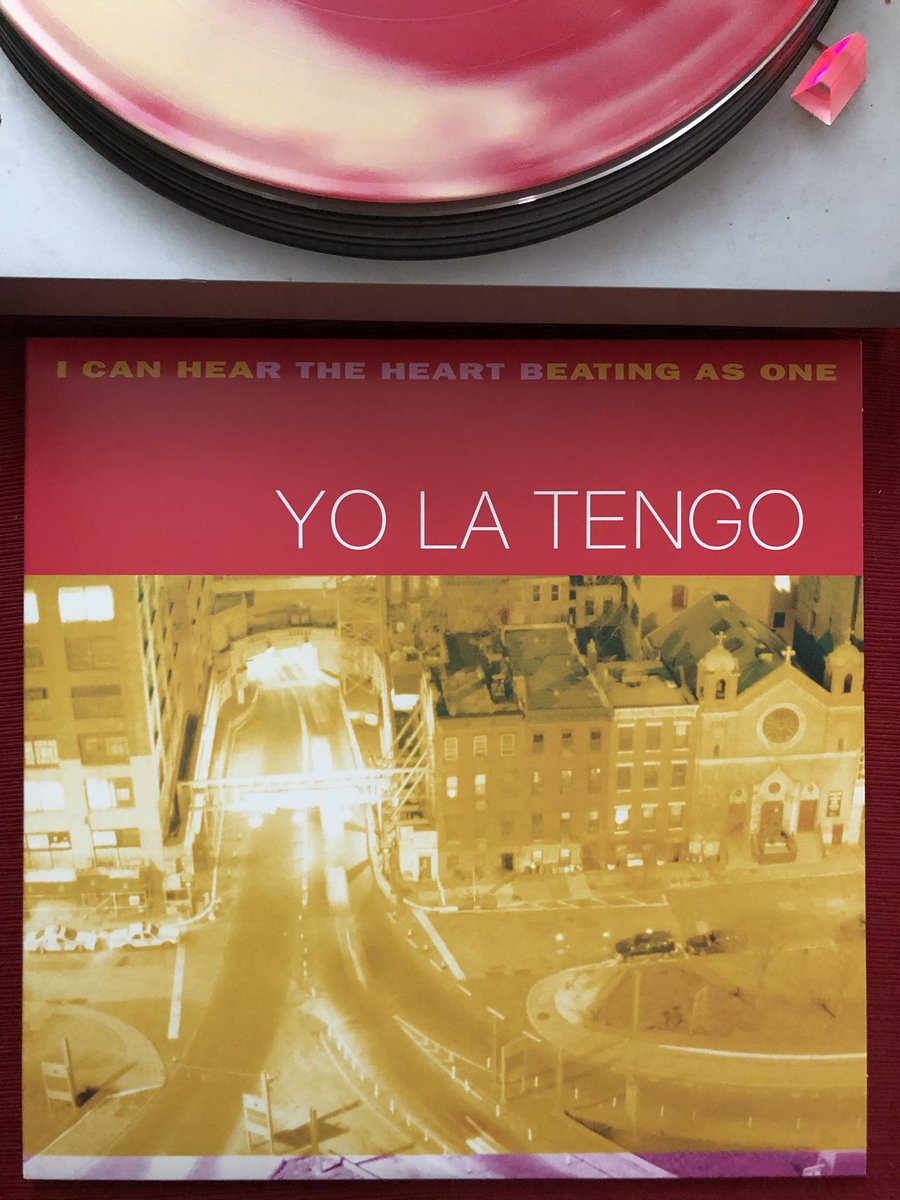 280. “Here’s Where the Story Ends,” The Sundays. Songwriters: David Gavurin, Harriet Wheeler; Did Not Chart; 1990. The jangle pop band The Sundays formed in London’s Bristol University in 1986 and had their biggest U.S. success with their 1990 single “Here’s Where the Story Ends,” a #1 hit on the Billboard Modern Rock chart. The song is a wistful tale of a narrator who regrets rejecting a love interest (“Oh I never should have said/The books you read/Were all I loved for you”). Rock critic Liana Jones, “England’s the Sundays enjoyed several albums and some chart hits with their pleasant brand of coffeehouse rock. Most will probably remember the band for Harriet Wheeler’s singing style, which combines wide-eyed wonder with free-spiritedness and sometimes incomprehensibility due to her thick English accent and high-pitched voice. Perhaps their most popular radio hit was ‘Here’s Where the Story Ends,’ a contemplative song camouflaged in a mid-tempo, alternative pop package.” Lilting tune, melancholy singing – a winning combination.

279. “Reverence,” The Jesus and Mary Chain. Songwriters: Jim Reid, William Reid; Did Not Chart; Did Not Chart; 1992. The Jesus and Mary Chain had their big pop moment with their 1985 debut album “Psychocandy,” which included the terminally sweet, feedback enhanced, “Be My Baby” inspired “Just Like Honey.” Their 1992 Top Ten U.K. hit “Reverence” is quite a trip with the Reid boys announcing they want to die like Jesus Christ while using a dance beat that meant they had been listening to the Stone Roses, but also incorporating elements of industrial rock. Rock critic Ned Raggett, “Burning with some of the best nails-on-chalkboard feedback the band had yet recorded, combined with a whip smart sharp breakbeat, this is another stone-cold classic single from the band.” I’m guessing this is a song you don’t want to hear as part of your purgatory soundtrack.

278. “Ordinary Average Guy,” Joe Walsh. Songwriter: Joe Walsh; Did Not Chart; 1991. Joe Walsh salutes the blue collar, boring life on “Ordinary Average Guy,” where his interests and chores consists of bowling, downing a few beers, and clearing the yard of dog doo. Walsh, “I grew up just a kid on the block, doing all the stuff that kids do. I wanted to re-identify with that life, so I wrote a song about it. And here’s the thing: What we do as rock & roll stars, everybody thinks that’s a whole lifestyle that we live, and that it’s glorious and extravagant and wonderful. And they think that 24 hours a day we’re famous and wearing expensive clothes and riding around in limos. But that’s not really true. We’re really cool for about an hour and a half onstage. And the rest of the day we’re taking out garbage and picking up dog crap and washing cars and sucking eggs like everybody else on the planet. We’re ordinary average guys.”

277. “Kiss from a Rose,” Seal. Songwriter: Seal; #1 pop; #52 R&B; 1994. “Kiss from a Rose” is a lush, swelling romantic ballad that initially made little impact on the charts, then went to #1 after being used in the credits of the film “Batman Forever.” Seal, “To be honest, I was never really that proud of it, though I like what (producer) Trevor (Horn) did with the recording. He turned that tape from my corner into another eight million record sales and my name became a household name. If I were being brutally honest, I needed Trevor. It would be foolish to state otherwise.” From the Strong Song podcast website, “It’s an indulgent world of thick counterpoint, long phrases, harp flourishes, and oboe solos, with some of the richest vocal arranging this side of a chamber choir.”

276. “Max, Jill Called,” The Bicycle Thief. Songwriter: Bob Forrest; Did Not Chart; 1999. The Bicycle Thief was an acoustic rock project for L.A. musician Bob Forrest after the breakup of Thelonious Monster and before he became the substance abuse counselor on MTV’s “Celebrity Rehab.” “Max, Jill Called,” a song about appreciating the beauty in the world, was inspired by Forrest simply writing down a note for someone else, a simple act that he would have never done when he was a drug addict. The website Sputnik Music has a remarkable summary of the raw singing and naked emotions of the “You Come & Go Like a Pop Song Album” – “nonchalantly nude and beautifully blistered.” Also worth checking out is “The Cereal Song,” where the ex-addict is working as a restaurant dishwasher and his teeth are so damaged that he can’t enjoy his favorite cereal.

275. “Beauty of the Ride,” Sebadoh. Songwriter: Lou Barlow; Did Not Chart; 1996. Sebadoh started as a side project for Dinosaur Jr. bass player Lou Barlow, who originally teamed with Boston musician Eric Gaffney to form the unit. Gaffney had left the band by the mid-1990s when the lo-fi outfit had its biggest successes with the “Bakesale” and “Harmacy” albums. The band went to a more mainstream production sound on “Harmacy,” with “Beauty of the Ride” having hooks that sounded like contemporary pop radio at the time. The lyrics seem to be about either an unhealthy personal or artistic relationship, reminding me of the personal angst themes that Husker Du often pursued in the 1980s. Beautiful tension – an enduring rock ‘n’ roll concept.

274. “Navajo Rug,” Jerry Jeff Walker. Songwriters: Ian Tyson; Tom Russell; Did Not Chart; 1991. Folk/Americana/country artists Ian Tyson and Tom Russell wrote this tale of consummating lust in a Colorado diner. The lyrics involve the rug, a waitress, and her carnal ability to make a man see sacred mountains and the dance of the turtle doves. Tyson and Russell had individually recorded this whiskey toast, truck stop coffee tune in the 1980s, but Jerry Jeff Walker’s version wins in the production values and personality department. Tom Russell, “Folks ask me about the term ‘whiskey toast’…I could run a contest…but I’ll tell you – it’s old waitress jargon for ‘rye toast.’ I used to hear it used in Brooklyn and also in Texas. Behind the counter, never on the menu.”

273. “Creep,” Radiohead. Songwriters: Radiohead, Albert Hammond, Mike Hazlewood; #34 pop; 1992. Radiohead formed at a U.K. boys’ school in the mid-1980s and were signed by EMI Records in 1991. “Creep,” a song about romantic insecurity with dramatic, distorted guitar work and a bridge nicked from “The Air That I Breathe” by the Hollies, was the band’s first single and a major international hit. Thom Yorke of Radiohead, when asked about the song in 1993, “I have a real problem being a man in the ’90s… Any man with any sensitivity or conscience toward the opposite sex would have a problem. To actually assert yourself in a masculine way without looking like you’re in a hard-rock band is a very difficult thing to do.” Michael Gallucci of Ultimate Classic Rock, “Even though ‘Creep’ sounds little like the head-filling soundscapes that populated later works, it’s still a great song – a grunge-era bit of self-deprecation wrapped in one of the ’90s’ greatest guitar strokes.”

272. “Choochtown,” Hamell on Trial. Songwriter: Ed Hamell; Did Not Chart; 1999. Songwriter Ed Hamell, a.k.a Hamell on Trial, found his niche at an eclectic Austin Club named the Electric Lounge, where he sandwiched his act after the spoken word artists and before the punk bands. On the title track of his 1999 album “Choochtown,” Hamell sounds like a bopping/rapping Lou Reed as a narrates a tale of dirty deeds gone awry. Hamell on his inspiration, “When I was a kid my father read Damon Runyon to me and I worked in a crack bar in Upstate New York that a lot of this stuff happened…every night. So I guess it’s in my blood. You know, crooks, thieves, addicts and whores, these are my people. Just like Jesus.” Most humorous moment, a quick salute to Petula Clark’s much more glamorous “Downtown.”

271. “Autumn Sweater,” Yo La Tengo. Songwriter: Ira Kaplan; Did Not Chart; 1997. Former rock critic Ira Kaplan sings like he’s auditioning for a slot with They Might Be Giants in “Autumn Sweater,” a song about relationship anxiety. Tom Breihan of Stereogum with the details, “’Autumn Sweater’ is a miracle. Like plenty of indie rock songs, it’s about not making out, or at least about the anxiety that you won’t be making out with the same person for much longer. It’s a song about slowly losing connection, about being paralyzed by social tension and wishing it could just be the two of you instead of all these other fucking people at this party. But that nervous quality, and Ira Kaplan’s halting and uncertain delivery, are what make it perfect; they’re the reasons it mirrors that rare moment of connection so gloriously. And the way the song sprawls out is just luxurious in a way that the indie rock of the ’90s so rarely was. That organ-and-bongo groove somehow suggested both bossa nova and krautrock — two things that should really be fundamentally opposed to one another — at the same time, turning them into one undulating whole.”