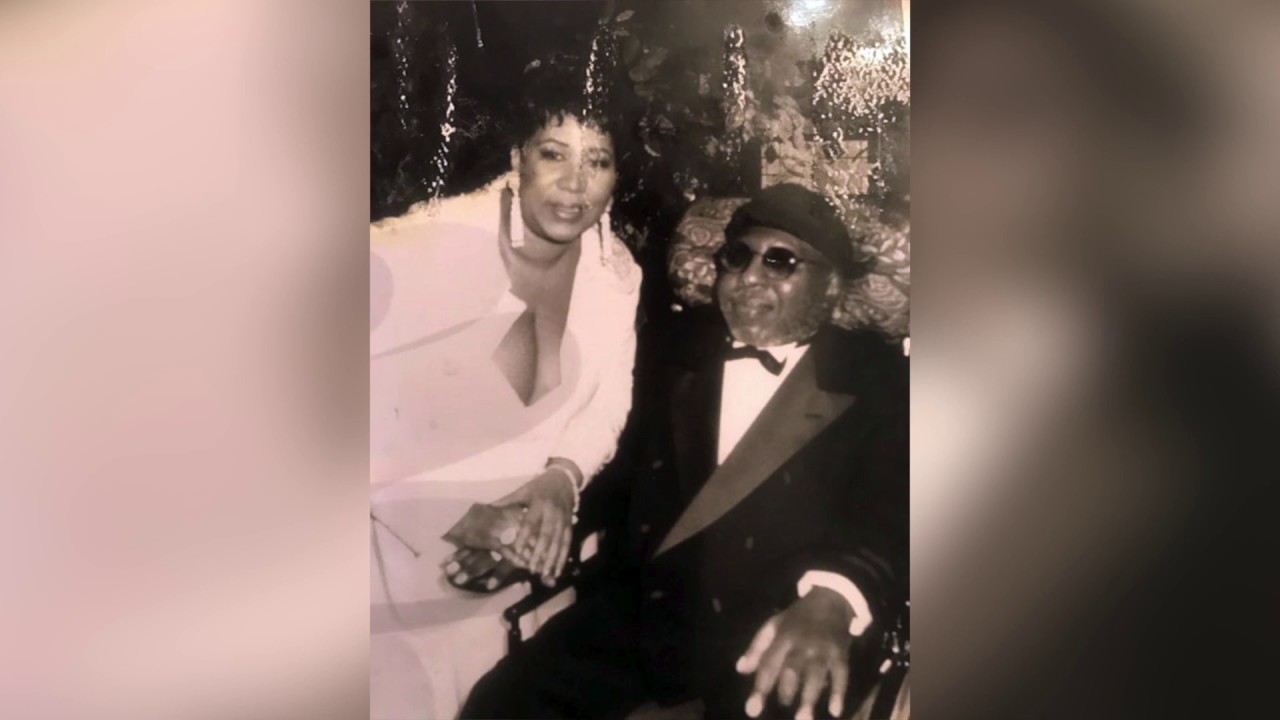 260. “He Got Game,” Public Enemy (featuring Stephen Stills). Songwriters: Chuck D, Stephen Stills; #78 R&B; 1998. “He Got Game” was the title soundtrack to the 1998 Spike Lee basketball themed drama with the same name. Chuck D collaborated with Stephen Stills to resurrect the guitar sound from Buffalo Springfields’ “For What It’s Worth,” as he rapped about corporate malfeasance and the need for collective strength. Author Tim Grierson, “When Chuck met with Spike Lee to discuss ‘He Got Game,’ the filmmaker presented the frontman with what Chuck called ‘a small postcard of references that he needed to make, which helped me tremendously as a writer to make a cohesive song.’ Some of those words were ‘ball players’ and contracts.’ ‘He Got Game’ ‘signified my most consistent, thorough writing on one theme,’ Chuck declared. ‘I wasn’t just writing about basketball, but the hypocrisy of the sports game and making parallels and comparisons of the thin line between the sports trade and the slave trade.” Melissa Locker of Time magazine, “’He Got Game’ showed that the band could update their sound without sacrificing their hard-hitting style.”

259. “Millennium,” Robbie Williams. Songwriters: Robbie Williams, Guy Chambers, Leslie Bricusse, John Barry; #72 pop; 1998. Robbie Williams was a major pop star/personality in the U.K. from the late 1990s until, let’s say, 2013, but his international success never translated to the U.S. market. His 1998 pop hit has an orchestrated hook taken from the 1967 James Bond title song “You Only Live Twice,” which was performed by Nancy Sinatra and written by John Barry. Producer Guy Chambers, “Robbie came up with the idea for the song. He wanted to use the string section from ‘You Only Live Twice,’ but put it to a hip-hop beat. Once we had decided that, it was just a matter of finding a beat that worked – something that we eventually achieved by speeding it up. t was our first UK No 1, which was very gratifying. I think it’s an important song in his catalogue and it’s one where as soon as people hear the intro they put their hands in the air and start waving them. It’s incredible because it’s such a bold statement.”

258. “Who Am I? (What’s My Name?),” Snoopy Doggy Dogg. Songwriters: Calvin Broadus, Andre Young; #8 pop/#8 R&B; 1993. Snoop may have been riffing off the gangsta rap blueprint (“I never hesitate to put a ni**a on his back”), but he always sounded more like a partier than a fighter. It wasn’t a sin to sample the most obvious selections from the George Clinton playbook in 1993 (“Give Up the Funk,” “(Not Just) Knee Deep,” “Atomic Dog”), as this was the height of the “G-Funk” era. “What’s My Name” typified the deep bass and slow grooves produced by Dr. Dre and Snoop had a laconic flow that reeked of a hip, streetwise attitude. Author Jonathan Hatchman in 2015, “’Who Am I?’ was a self-indulgent single that became one of his signature tracks, Snoop promoting himself as the young gangster rap pioneer – at this point the idea that he would become one of music’s most adored figures would have been laughable. Not only does the heavy sampling of George Clinton’s Atomic Dog lend Snoop his strongest hook, it also provides the basis for one of the most infectious hip-hop choruses of all time.”

257. “Nobody Wins,” Radney Foster. Songwriters: Randy Foster, Kim Richey; #2 country; 1992. Foster had his biggest hit with “Nobody Wins,” an argument that love is more important than pride, but in this case, reconciliation doesn’t seem likely. Foster, “‘Nobody Wins’ was written with Kim Richey. I think both of us were going through really bad relationships, but unwilling to talk about it at the time, but willing to at least talk about how you hate it when you have a fight with your spouse, and how awful that is. And I was like, ‘Yeah, nobody wins those things.’ And that’s just how it was born. Neither one of us are with the person that we were with when we wrote the song, obviously.” Country music was the preeminent source for confessional singer/songwriter material during the early 1990s.

256. “Fort Worth Blues,” Steve Earle. Songwriter: Steve Earle; Did Not Chart; 1997. Townes Van Zandt, a seminal and lasting influence on Steve Earle, died on New Year’s Day of 1997. Earle released this tribute to Van Zandt as the closing number to his 1997 “El Corazón” album, referencing the time his hero spent in Tennessee and Colorado, but also noting his inability to escape the “Fort Worth Blues.” Earle, “I met this guy and I was 17. It was obvious I was going to write songs and make records, but here I was, meeting someone who was making art for the sake of art, at a really high level. He was committed to continuing to do that, whether he made money or not. That’s the most positive thing I took from him. Townes Van Zandt is the best songwriter in the whole world, and I’ll stand on Bob Dylan’s coffee table in my cowboy boots and say that.”

255. “Even Flow,” Pearl Jam. Songwriters: Eddie Vedder, Stone Gossard; Did Not Chart; 1991. “Even Flow” is an arena rock number about homelessness. Eddie Vedder, introducing the song in 1994, “I thought I’d throw in a bit of street education while you still have an open mind. Right across the street there’s a little homeless community that lives under the bridge. You should just know that those people ain’t all crazy and sometimes it’s not their fault.” Drummer Matt Cameron, who joined the band in 1997, “When I was in Soundgarden, Eddie brought up the mixes to (the) ‘Ten’ (album) and I distinctly remember hearing the chorus for ‘Even Flow’ and thinking that’s HUGE. So hooky, it’s got a really rad Zeppelin huge rock feel to it. Although we’ve played it a couple of thousand times since I’ve been in the group I think that’s the quintessential Pearl Jam song. Even though it gets played out, the nuts and bolts of that song are just amazing.” The guitar riff is often described as “funky,” but let’s go with the description from Henry Yates of Louder Sound, “muscular-but-snake-hipped.”

254. “Gentlemen,” Afghan Whigs. Songwriter: Greg Dulli; Did Not Chart; 1993. The Afghan Whigs were a Cincinnati based band who jumped from an indie label to the majors with their 1993 album “Gentlemen,” broadening the base for their hard rock with elements of R&B sound. “Gentlemen” is full of old school rock machismo, built upon a stop/start rhythm section beat and a battalion of guitars. Michael Nelson of Stereogum, “The bulk of the album seems to revel in the painful death of a relationship, taken from a very male perspective. It may not be a concept album, but the central theme is clear: ‘I stayed in too long, but she was the perfect fit. And we dragged it out so long this time, started to make each other sick.’”

253. “Back to Living Again,” Curtis Mayfield. Songwriter: Curtis Mayfield; Did Not Chart; 1996. Curtis Mayfield never changed, thank goodness, even after a 1990 stage accident that left him paralyzed. You can still hear his gospel roots and unwavering positivity in “Back to Living Again,” a Grammy nominated song from his last studio album. From the Funk and Soul Revue website, “The only way Mayfield could record was by lying on his back, recording one line at a time so he could get enough air into his lungs to complete his vocals. ‘Back to Living Again’ is clearly a message about overcoming his paralysis by doing something he loved. The song is touching, poignant, and heart wrenching. Despite his difficulties in recording the vocal, Mayfield sounds good, clearly enjoying the recording process once again More excitingly, the song features a cameo from the Queen of Soul herself, Miss Aretha Franklin, urging Mayfield to ‘sing it’. It’s a brilliant song, and as Mayfield died in 1999, it has special resonance.” Mayfield was singing about hope after being paralyzed. This is what a hero sounds like.

252. “Days Like This,” Van Morrison. Songwriter: Van Morrison; Did Not Chart; 1995. “Days Like This” is a mid-tempo number about positivity, noting that if by nothing other than chance, sometimes life will work out in your favor. Author Katrin Pietzonka on the song’s surprising historical significance, “’Days Like This’ gained enormous popularity after the (Irish Republican Army) ceasefire. Morrison performed it before Bill Clinton’s speech on the president’s visit to Belfast and Derry in late November 1995. This visit and the president’s encouraging words about the new, hopeful developments towards peace in Northern Ireland were well remembered afterwards, as was Morrison’s title track of his new album. ‘Days Like this’ became so popular that the Northern Ireland Office soon used it as the theme of peace in their million-pound campaign to restore people’s confidence in the province.

251. “Farmer John,” Neil Young & Crazy Horse. Songwriters: Don “Sugarcane” Harris, Dewey Terry; Did Not Chart; 1991. “Farmer John” is best known as the party/garage rock 1964 hit by the California band The Premiers. It was one of the earliest songs in Neil Young’s repertoire and, backed in a live setting with Crazy Horse, he stomps a mud hole into this rock classic and wrestles it down to submission. Young on his early live versions with his band The Squires, “That was one of the first times I started transcending on guitar. Things just got to another plane, it was gone. And the people would say, ‘What the hell was that?’ We didn’t even know what we were doing. People knew they had been watching a normal band playing these cool songs; then all of a sudden we went berserk and they didn’t know what was happening.”