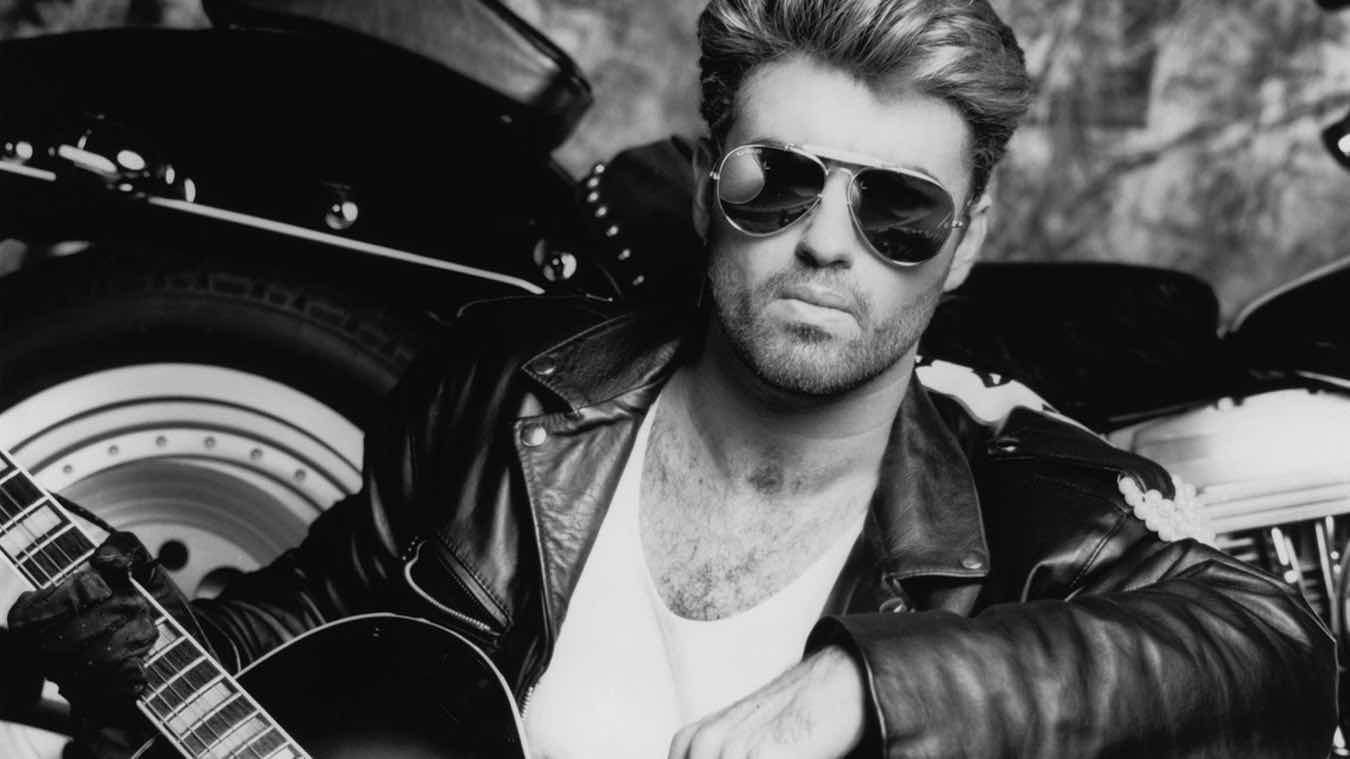 180. “Connection,” Elastica. Songwriter: Justine Frischmann; #53 pop; 1994. The U.K. punk band Wire released one of the most critically acclaimed albums of the 1970s with “Pink Flag,” a collection of songs that merged art college sensibilities with the sound of punk rock. Elastica took the guitar intro from Wire’s “Three Girl Rhumba” to use as the basis for “Connection,” a pop hit in the U.K., Canada, and Scotland. Drummer Justin Welch, “That song was all about the riff. It was a Britpop song but to me it felt almost like a Nirvana track, the way everything followed the same melody. In the beginning of the band we had this little Yamaha drum machine which also had guitar sounds, and being big fans of Wire, we just stuck it on top of an amp and experimented around it. For a long time I didn’t think it stood up alongside some of our other songs, but when we got in the studio it came back sounding massive.” Rock critic Jason Heller on the results, “In Elastica’s defense, Frischmann was a hell of a copycat. Rather than merely stealing, she knew how to appropriate, rework, and make others’ riffs her own.”

179. “Canned Heat,” Jamiroquai. Songwriters: Jay Kay, Sola Akingbola, Wallis Buchanan, Simon Katz, Derrick McKenzie, Toby Smith; Did Not Chart; 1999. Most American listeners first heard Jamiroquai’s international modern disco hit “Canned Heat” as part of a climactic scene in the 2004 warped teen flick “Napoleon Dynamite.” Rock critic David Browne on the ‘Synkronized’ album, “(Singer Jay) Kay’s retro jones blazes on, albeit with a new twist: Imagine if Wonder had made a disco album in 1977! With producer Al Stone, he’s concocted an eerily perfect homage to that era, setting his songs to the swooping strings, wah-wah guitars, and boogie-wonderland beats of the Studio 54 era.” Jason Morehead of Opus, “’Canned Heat’ sounds like something the Bee Gees might’ve written if disco hadn’t suffered a public backlash in the late 70s and early 80s. Its undulating rhythms, strings, and infectious appeal to ​‘Dance!’ practically guarantees this one to be a hit on the dancefloor.” Napoleon Dynamite, “I see your drinking 1%. Does that mean you think you’re fat? Cause you’re not. You could be drinking whole if you wanted to.”

178. “Here’s a Quarter (Call Someone Who Cares),” Travis Tritt. Songwriter: Travis Tritt; #2 country; 1991. Georgia native Travis Tritt reportedly taught himself to play guitar when he was eight years old and then started writing songs when he was fourteen. After graduating high school and working odd jobs, Tritt spent most of the 1980s chasing a record deal and was signed by Warner Bros. Nashville in 1989. Tritt landed eighteen Top Ten singles and five #1 hits from 1990 to 2002. “Here’s a Quarter (Call Someone Who Cares)” is a perfect kiss my backside lyric to an ex who doesn’t deserve another chance. Tritt wrote “Here’s a Quarter” after his second divorce. He was 22 years old at that time.

177. “Nuthin’ But a ‘G’ Thang,” Dr. Dre. Songwriters: Andre Young, Tracy Curry, Calvin Broadus; #2 pop/#1 R&B; 1992. Producer Dr. Dre took the sexual groove from Leon Haywood’s 1975 #15 pop hit “I Want’a Do Something Freaky to You” and transformed it into a modern funk rap gangsta track about pimpin’ hoes and clockin’ grips that conquered mainstream America. No small amount of credit for that accomplishment goes to Snoop Dog, who raps at a level that Dr. Dre could never even try to emulate. Rolling Stone, “The song’s secret weapon was a relatively unknown pup named Snoop Doggy Dogg, whose verses are packed with effortless quotables. The song also introduced Dre’s masterful ‘G-Funk’ style of production, which updated George Clinton’s legacy with slow, rubbery funk and layered synth hooks.” Public Enemy’s Chuck D, “We made records during the crack era, where everything was hyped up, sped up and zoned out. Dre came with ‘G’ Thang’ and slowed the whole genre down. He took hip-hop from the crack era to the weed era.”

176. “Moonshiner,” Uncle Tupelo. Songwriter: Traditional; Did Not Chart; 1992. Belleville, Illinois natives Jay Farrar and Jeff Tweedy played in the St. Louis punk act The Primitives during the 1980s, then added some twang to their sound as they morphed into Uncle Tupelo. They released their debut album, “No Depression,” in 1990. The title was based upon their cover version of the A.P. Carter song, originally released by The Carter Family in 1936 and the term would later become synonymous with alt-country music. Despite never being a major commercial act, Uncle Tupelo became a bellwether band, later splintering into Wilco, Son Volt, and The Bottle Rockets. The band’s “March 16-20, 1992” album included their version of “Moonshiner,” a traditional folk song of unknown origin. If nothing else, “Moonshiner” enlightened listeners that the music of the future would sound pretty much like Neil Young did in 1972.

175. “Time for Me to Come Down,” Amy Rigby. Songwriter: Amy Rigby; Did Not Chart; 1996. “Time for Me to Come Down” is the lead track from Amy Rigby’s 1996 album “Diary of a Mod Housewife” and it feels like a religious experience/personal epiphany put on record. Rigby, “I was struggling with my marriage and going to meet up with my husband at the time, vowing to make it work, get out of my head. I like that it can be interpreted as the rush of new love as lots of people have told me that’s what it feels like to them.” Despite Rigby’s slight voice and rudimentary skills as a guitarist, she had no problem churning out excellent material. Robert Christgau, “Between 1996 and 2005, the 37-to-46-year-old ex-wife of excellent drummer Will Rigby released five excellent-to-superb pre-Americana CDs stocked with more terrific songs than any competing non-rapper except maybe Jon Langford – including Bob Dylan on his last great run.”

174. “Freedom! ’90,” George Michael. Songwriter: George Michael; #6 pop; 1990. During the mid-1980s, George Michael wrote and produced a song titled “Freedom” for Wham! that reached #1 on the U.K. pop charts. The 1980s number was about a romantic quandary. He revisited the concept of “Freedom” in 1990, as an exploration of his life as a pop star. Billboard, “The sound is beyond undeniable. Multiplying Aretha Franklin by The Rolling Stones by Elton John, Michael summons a righteous fury of piano-led rock-and-soul to serve as his backing choir as he preaches the gospel, and the song builds to its titular chant — through a deliberate, echoing verse and two (!!) lengthy pre-choruses — with impossible patience, so that when the word finally arrives, it’s as liberating as multiple snow days. It’s the shortest six-and-a-half minute song in pop history, because all of it feels so essential, so powerful, so true.” Owen Gleiberman of Variety, “’Freedom! ’90’ channels a liberation as thrilling as any in the history of pop. It’s a rockier vibe than he usually laid down — a propulsive, rollicking groove that sweeps the listener along like a gospel river. It was his exhilarating goodbye to the ’80s, and no one could have guessed that the decade he was now treating as a trap would remain his one true contained period of pop glory.”

173. “They Got Lost,” They Might Be Giants. Songwriters: John Linnell, Johns Flansburgh; Did Not Chart; 1998. They Might Be Giants recorded two radically different versions of “They Got Lost,” a glacially slow studio cut that’s included on the 1999 “Long Tall Weekend” album and a hot live band showcase from the 1998 “Severe Tire Damage” release. It’s the live version you want, with Linnell’s playful piano intro and Flansburgh’s wah wah guitar serving as counterpoint to the vocals. Written before the era of universal GPS availability, Linnell has said, “It’s a composite of pretty much every single time we went in a car anywhere. John Flansburgh and I have this particularly weird habit of getting turned around wherever we go.” Drummer Dan Hickey deserves credit for knowing when to attack and when to be reserved on the quick tempo changes. Marty Beller, on the challenge of Hickey’s replacement, “I listened to the band’s live tapes over and over. Dan Hickey sounded fantastic. He was musical and played with tremendous clarity.”

172. “Kiss Me,” Sixpence None the Richer. Songwriter: Matt Slocum; #2 pop; 1998. Sixpence None the Richer are a Christian alt rock band that originally formed in New Braunfels, Texas. They scored a major international pop hit with the quixotic romance number “Kiss Me,” where love involves milky twilights, dancing fireflies, and moonlit floors. Despite the somewhat overripe sentiment, Leigh Nash’s lilting, sweet vocals and the swaying melody have their seductive charms. Rock critic Rick Anderson, “After toiling in relative obscurity in the Christian pop ghetto for several years, Sixpence None the Richer suddenly exploded on to the pop charts on the strength of ‘Kiss Me,’ an utterly irresistible slice of swoony guitar pop that, once heard, is impossible to shake loose from the brain and could well turn out to be this generation’s ‘I Wanna Hold Your Hand.’”

171. “Root Down,” Beastie Boys. Songwriters: Michael Diamond, Adam Yauch, Adam Horovitz; Did Not Chart; 1994. Jimmy Smith was a jazz musician who is credited with helping to popularize the sound of the Hammond B-3 organ. He released over 70 albums from the mid-1950s to 2000 including 1972’s “Root Down: Jimmy Smith Live!” with a title track that was more funk than jazz. Adam Yauch, “There was this Jimmy Smith record lying around. We used to listen to it all the time while we played basketball. The title track, ‘Root Down,’ was ridiculous. I remember thinking, ‘How can a groove be this nice?’ It was the type of music that you hear and it immediately improves your game. Someone came up with the idea of looping up big parts of it and making a song over his groove. Basically just rhyming over his song without any other beats. And that’s what we did.” Or, as they say in the lyrics, “But we kick it from the root when we break it on down/Jimmy smith is my man, I want to give him a pound.”