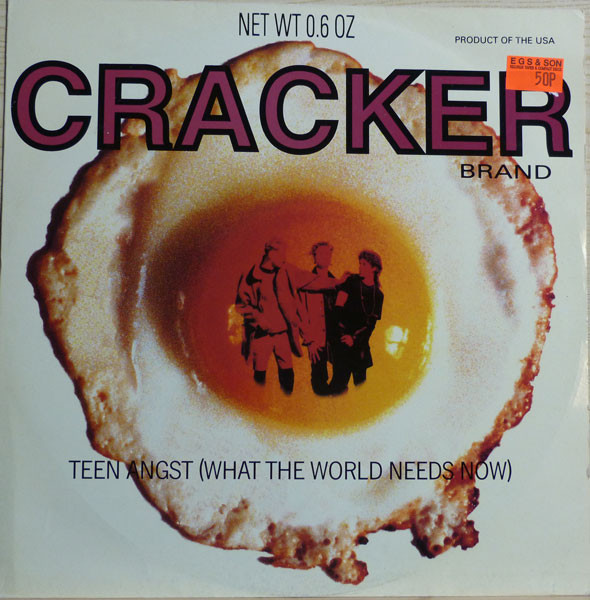 160. “Ring Ring Ring (Hey Hey Hey),” De La Soul. Songwriters: P. Huston, K. Mercer, D. Jolicoeur, V. Mason, G. Skinner; #22 R&B; 1991. On this U.K Top Ten hit, De La Soul grows weary of receiving unsolicited mixtapes from overzealous fans. The background “Yo, Yo, Yo” screaming works both as a hook and satire simultaneously. Posdnuos, “’Ring Ring’ is about how a certain kind of person had been bothering us, at a time when we really couldn’t deal with being bothered. People don’t realize that we’re one group that really tries to be involved in all our business, every aspect of being a group.” De La Soul used their typical mix and match sampling technique, grabbing the bassline from “Beat” by Lou Johnson and the drum break from The Honey Drippers’ “Impeach the President.” Both of those are early 1970’s funk singles that deserve a place in your life.

159. “The Healing Game,” Van Morrison. Songwriter: Van Morrison; Did Not Chart; 1997. Van Morrison combined elements of blues, gospel, and doo wop for this 1997 album title track “The Healing Game,” a song that reaches that level of mystical beauty that seems so effortless for Morrison. In a perfect world, the saxophone solo by Leo Green would never end. Van Morrison, “The song is about when people used to sing on the streets: It came from America, where they had all the doo-wop groups. That’s the general idea of the song: you’ve never really moved from this position. You took a lot of detours but you’re still back on the corner.” Author Brian Hinton’s on the narrator’s immobility, “Van is like the protagonists in Yeats play, ‘Purgatorial,’ condemned to eternal recurrence, ‘here I am again,’ back with the ‘backstreet jelly roll’…only music can assuage.”

158. “Murder (Or Heart Attack),” Old 97s. Songwriters: Rhett Miller, Ken Bethea, Murry Hammond, Philip Peeples; Did Not Chart; 1999. The 1999 Old 97’s album “Fight Songs” was much more pop oriented than their previously releases, with the life or death relationship number “Murder (Or Heart Attack)” being positively jaunty. The song was reportedly inspired, not by a dangerous romance, but by Rhett Miller accidentally letting his roommate’s cat out of their apartment. Laura Browning of A.V. Club, “(The) melody works beautifully with a song about temporary pet-related panic, and it hints that the story doesn’t end with either the murder (presumably by the roommate) or the heart attack (presumably from guilt) mentioned in the title.” Stephen Deusner of The Washington Post on Miller’s gifts, “Honing his wit on Elmore Leonard and his concision on Raymond Carver, Miller wrote and sang about bad come-ons and tricky hook-ups, playing the highly conflicted role of the guy your mother warned you about disguised as the guy your mother approves of.”

157. “Pretty Good Day,” Loudon Wainwright III. Songwriter: Loudon Wainwright III; Did Not Chart; 1999. Loudon Wainwright’s 1999 album “Social Studies” is comprised of topical songs he wrote to order for National Public Radio and, as a whole, the record hasn’t aged particularly well. Yet, the doleful, “Pretty Good Day,” inspired by the Bosnian War, is a powerful reminder that just having access to clothes, water, and shelter can be cause for relief, if not celebration. Wainwright, “I was living in London in 1994. One afternoon, I was washing dishes and listening to the BBC radio news reports about the Siege of Sarajevo. While engaged in that mundane, everyday activity, I suddenly became aware of wasting gallons of a commodity that was extremely precious in Bosnia: water.” Wainwright used a very similar melody on another good song with an extremely different topic – 1993’s “Tip That Waitress.”

156. “Doctor Worm,” They Might Be Giants. Songwriters: John Flansburgh, John Linnell; Did Not Chart; 1998. As you might expect, “Doctor Worm” is a song, with a swinging horn section, about a worm who has an alter ego where he/she/it lives out his/her/their fantasy about being a rock band drummer. John Linell, “It’s about somebody who has an idea of their identity that, you know, other people don’t agree with. And specifically, it’s about the kind of person who has a fantasy about (wanting) people to call them a nickname that nobody will agree to call them, and has an idea of their status that nobody else agrees on, and it’s a pretty common problem, you know. I mean I grew up with people like that, who lived in their mothers’ basements and had an idea that they were on TV and stuff like that, and that’s all the song is really about, it’s about somebody who has a fantasy and nobody else will buy into it.” John Flansburgh, “For a long, long time we have been riffing on the song ‘Dr. Love’ by the band Kiss. And I think just the weirdness of the conceit of that song was kind of rolling around in John Linnell’s head. I know a million, billion times we’ve talked about the song ‘Dr. Love.’ It’s such an absurd song. So I think ‘Dr. Love’ was kind of the springboard for the idea behind ‘Dr. Worm.’” Clearly, this is the best song about this particular kind of fishing bait since “Funky Worm” by the Ohio Players in 1972.

155. “The Drowners,” Suede. Songwriters: Brett Anderson, Bernard Butler; Did Not Chart; 1992. One rarely thinks of a glam rock song as being dreamy, but that’s the alluring feel of “The Drowners.” The sense of seduction isn’t by accident. Brett Anderson, “I don’t have a banner that I uphold for any sexual faction. I just don’t feel like I’m a fully fledged member of the male sex. But I think lots of men feel like that. Which doesn’t necessarily mean you’re gay or even bisexual, just that there’s a lot more to sexuality than you’re fed. I’m quite interested in lying back and taking it. And that’s traditionally a female thing, isn’t it? It’s about emotional submission as well. Relinquishing control isn’t considered very manly. ‘The Drowners’ is about being drunk through love, being so consumed it’s almost like you’re smacked out on heroin.’” Suede, the art school version of Sweet. Author Chris Gerard with an effective enlistment pitch, “Suede’s sonic vibe is slicked with a tincture of decadence, an aura of wading through forbidden underground sex enclaves where depravity is celebrated and hedonism is religion.”

154. “A Girl Like You,” Edwyn Collins. Songwriter: Edwyn Collins; #32 pop; 1996. Scottish singer Edwyn Collins managed to sound both retro and modern on his international pop hit “A Girl Like You,” which sampled the drums from Len Barry’s 1965 single “1-2-3” and included former Sex Pistol Paul Cook on the vibraphone. Malcom Jack of the Guardian, “With its fiendishly fuzzed-out riff, lyrics dripping with teenage lust (he was 36 by now, but still), and a groovy vibraphone motif, its status as Collins’ most instantly identifiable solo single is well earned.” It has been said that “A Girl Like You” is Collin’s tribute to Iggy Pop. Author Nick Coleman, “What is ‘A Girl Like You’ if not Sinatra’s croon assimilated into Iggy Pop’s, then welded into a blowtorch to a gigantic nineties retrobeat?” What, indeed.

153. “Teen Angst (What the World Needs Now),” Cracker. Songwriter: David Lowery; Did Not Chart; 1992. Cracker had their first taste of success on the Modern Rock charts with the anti-wisdom, punk inspired rocker “Teen Angst,” which concluded, “What the world needs now/Is a new Frank Sinatra/So I can get you in bed/What the world needs now/Is another folk singer/Like I need a hole in my head.” Lowery moves from a sardonic social commentary to a personal need for sex in the song, a transition he said comes from country music’s “third verse switcheroo.” Lowery, “(That’s) where you realize the song is about something else. That’s what I’m borrowing from with that song, cause I’m not giving that away until the third verse.”

152. “Tom’s Diner,” Suzanne Vega & DNA. Songwriter: Suzanne Vega; #5 pop; 1990. “Tom’s Diner” was originally released as an A Cappella song from Suzanne Vega’s 1987 album “Solitude Standing.” The doo doo doo doo diner was based on New York City’s “Tom’s Restaurant,” which was later famously used for the exterior shots in the café scenes in the television program “Seinfeld.” Vega, “One day, I was in there mulling over a conversation I’d had with a photographer friend, Brian Rose, about romantic alienation. He told me he saw his life as if through a pane of glass. I came out of Tom’s with the idea of writing a song about an alienated character who just sees things happening around him. I was walking down Broadway and the melody popped into my head.” A few years later, British producers DNA used Vegas vocals on top of a dance track by the neo-R&B act Soul II Soul. Vega embraced the unrequested collaboration, “To my great relief I loved what DNA had done. I thought it would be played in a few dance clubs and that would be it, but it surpassed everyone’s expectations.”

151. “Straight Tequila Night,” John Anderson. Songwriters: Debbie Hupp; Kent Robbins; #1 country; 1991. Kentucky born songwriter Kent Robbins attended Vanderbilt University, wrote #1 singles for Ronnie Milsap and Charley Pride during the 1970s, and started his own publishing company in the 1980s. John Anderson had a hit with the Robbins’ composition “She Just Started Liking Cheating Songs” in 1980 and had his comeback #1 hit with “Straight Tequila Night,” a tale of an angry drunken woman written by Robbins and Debbie Hupp (Hupp also had a writing credit on Kenny Rogers’ Top Ten pop hit “You Decorated My Life”). Producer James Stroud reigned in Anderson’s tendency for colorful vocal mannerisms on this outing, keeping the focus on the tequila and an angry woman’s wounded heart.