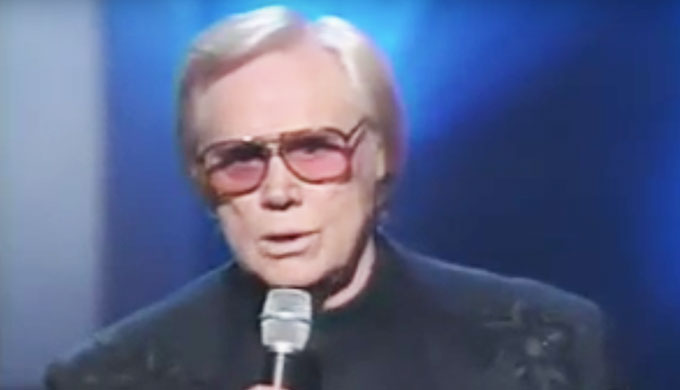 140. “Some Fantastic Place,” Squeeze. Songwriters: Chris Diffort, Glenn Tilbrook; Did Not Chart; 1993. Squeeze broke through on the U.K. pop charts in 1979 with the #2 singles “Cool for Cats” and “Up the Junction.” They disbanded in 1982 and regrouped from 1985 to 1999 and again in 2007. The 1993 single “Some Fantastic Place” is a loving tribute to Maxine Baker, a former girlfriend of Glenn Tilbrook who persuaded him to meet Chris Difford in 1973, who died of leukemia in 1992. Tilbrook, “She was my first proper girlfriend whom I loved very much. Throughout her illness she was very positive in her outlook and never lost her sense of optimism.” Tilbrook sounds like he’s glowing as he sings, “She said some things I won’t forget/She made a few bells ring.” Tilbrook has said that the guitar solo was written when he first met Difford in 1973 and has a spirit of Jimi Hendrix, although lacking the “vibrato thing.”

139. “Friday I’m in Love,” The Cure. Songwriters: Perry Bamonte, Boris Williams, Simon Gallup, Robert Smith, Porl Thompson; #18 pop; 1992. Robert Smith, “It’s always been paradoxical that it’s pushed down people’s throats that we’re a goth band,” Smith observed. “Because, to the general public, we’re not. To taxi drivers, I’m the bloke that sings ‘Friday I’m in Love’. I’m not the bloke who sings ‘Shake Dog Shake’ or ‘One Hundred Years.’” The Cure couldn’t have sounded more like a mainstream pop band than they did on this view of weekend romance. Smith, “It’s a really good chord progression, I couldn’t believe no-one else had used it and I asked so many people at the time – I was getting drug paranoia anyway – ‘I must have stolen this from somewhere, I can’t possibly have come up with this.’” Author David Ellis, “. There’s no depth, which is the strength of it: it’s pure pop, pure release, pure happiness.”

138. “Berlin Chair,” You Am I. Songwriters: Andy Kent, Tim Rogers, Mark Tunaley; Did Not Chart; 1994. The Australian indie rock band You Am I scored two gold and one platinum album in their homeland during the 1990s, despite having a band name that makes Hoobastank sound sophisticated. “Berlin Chair” is one of those songs that will convince that guitar based rock ‘n’ roll will last eternally. Australian author David James Young, “It’s a song of codependency, trust and endearing love through one another’s flaws. It’s the kind of song any self-respecting band, genre regardless, would have fucking killed to have written.” Dan Condon on naming “Berlin Chair” “The Best Australian Song of the 1990s, “It’s the ultimate example of a song that makes the complex seem simple. The emotionally wrought seem unperturbed. And it’ll leave us clamoring to find ultimately insufficient words to explain its great power and beauty for many decades to come.”

137. “Carnival,” Mark Lanegan. Songwriter: Mark Lanegan; Did Not Chart; 1994. Washington native Mark Lanegan’s day job was being the lead singer of the grunge act Screaming Trees from 1985 to 2000, but he also started using his Tom Waits meets Jim Morrison voice for solo albums starting in 1990. As Stuart Bermon of Pitchfork has noted, “Even when he’s stealing the spotlight, Mark Lanegan still seems like he’s lurking in the shadows, not so much singing a song as haunting it.” That haunting quality inhabits “Carnival,” where Lanegan is “moanin’ for more of the medicine” while his vocals are surrounded by swooping and diving violin sounds, giving the song a goth Americana feel. Rock critic Mark Deming, “Lanegan’s voice, bathed in bourbon and nicotine, transforms the deep sorrow of the country blues (a clear inspiration for this music) into something new, compelling, and entirely his own.”

136. “When the Leaves Come Falling Down,” Van Morrison. Songwriter: Van Morrison; Did Not Chart; 1999. “When the Leaves Come Falling Down” is the type of gorgeous ballad that Van Morrison seemed to produce so effortlessly in his later career. The instrumentation of the song is so soothing, like a quenching glass of water. Author Andrew Hidas, “This 1999 song sees Morrison at both his songwriting and singing best, inhabiting a place mixing profound love and longing with deep melancholy. No season bespeaks this mixture more than fall, and as each of its golden leaves spirals to earth, Morrison is gathering himself and his beloved, seeking shelter in a cocoon made of their regard for the beauty in each other and the surrounding world.” Elsewhere, Van mentions Chet Baker, Paris, and basks with his lover between the twilight and the dawn.

135. “Alone in Bad Company,” Bottle Rockets. Songwriters: Brian Henneman, Joe Flood; Did Not Chart; 1999. Brian Henneman of The Bottle Rockets teamed with New York roots rocker Joe Flood on “Alone in Bad Company,” a song that sounds like 1970s AOR paired with R.E.M. (perhaps due to the 12 string guitar). The narrator is involved in a 3 a.m. breakup and finds that his biggest disappointment in life is himself. Rock critic Stephan Haag on the vibe of the band’s 1999 release, “The band’s sense of humor never fails, and neither does their ability to craft a catchy tune; in terms of air guitar/blare-with-the-window-down rankings, ‘Brand New Year’ is the Bottle Rockets’ best album.” Henneman in 1999, “A lot of people have been wigged out by this album. There’s no fiddles, and there’s no social commentary. But even back in the days when people asked us what our influences were, we always said we wanted to be Aerosmith. They’d better learn to believe me.”

134. “Choices,” George Jones. Songwriters: Billy Yates, Mark Curtis; #30 country; 1999. After a decade of publicly claiming his sobriety, George Jones smashed his SUV into a bridge in March of 1999, an incident that occurred while Jones was talking on his cell phone. A half-empty bottle of vodka was found under the passenger seat. Billy Yates and Mark Curtis had written “Choices” in 1994, however, its release as a single two months after the car wreck gave poignancy to the alcohol related lyrics. The song crept up to #30 on the country charts, most likely despite the traditional, hard country arrangement, and Jones won a Grammy for Best Male Country Vocal Performance. The Drive-By Truckers referenced the car accident on their 2009 release “George Jones Talkin’ Cell Phone Blues.” A song with cross genre appeal, “Choices” was covered by Bettye LaVette in 2007 and Leonard Cohen in 2015.

133. “God Knows It’s True,” Teenage Fanclub. Songwriter: Norman Blake; Did Not Chart; 1990. Lyrically there isn’t much weight to “God Knows It’s True,” but the guitar work is so blissfully enchanting that it doesn’t matter. Author James Cosby, “Released in-between the first two albums and serving as an obvious bridge between the louder, noisier guitar of the debut and the more melodic sound of the second. Some of their most fun and edgiest guitar work.” Jason Ankeny, “An irresistibly catchy gem (complete with guitar heroics) on par with anything in the Fannies’ catalog.” Songwriter Norman Blake on the studio environment, “Our producer Don Fleming advised us to drink Jack Daniel’s in the studio. He said: ‘It’s good for singing, guitaring. and playing the drums.’ Words of wisdom! He was a cheerleader for making the recording process an event rather than a dry session.”

132. “When I Get Old,” Descendents. Songwriters: Bill Stevenson, Karl Alvarez; Did Not Chart; 1996. After seeing the success of Green Day, the Descendents, a first generation pop punk band, recorded a new album in 1996 with lead singer Miko Aukerman take a hiatus from his career in micro-biology. “When I Get Old” is a contemplative look at whether the narrator can retain his punk rock ethos as he ages (“Will I do myself proud or only what’s allowed?/What will I be like when I get old?”). Ryan Bray of the A.V. Club, “What happens when we get old? It’s a question that the Descendents have been mulling over for almost 40 years. Even as kids barely out of high school, the progenitive pop-punk band approached the thought of outgrowing adolescence with a mix of abject terror and jaded surliness. While their SoCal hardcore peers during the 1980s were wrestling with bigger thematic fish like police brutality and other social ills, the Descendents focused their angst on unrequited crushes, shitty adults, and other scrappy, teenage fodder. That was their world, and they largely scoffed at anything and everything outside of it.”

131. “It Ain’t Easy Being Me,” Chris Knight. Songwriters: Chris Knight, Craig Wiseman; Did Not Chart; 1998. Being the son of a pipeliner and being raised in a town named Slaughters, Kentucky are two helpful resume line items for a budding country singer. Chris Knight was still a late bloomer, he started performing when he was 30 and landed a record deal at the age of 37. “It Ain’t Easy Being Me” is the lead track from Knight’s 1998 debut album, a co-write with hit machine Nashville songsmith Craig Wiseman. Knight documents his tendency for self-defeating behavior on “It Ain’t Being Me” (“Was I born this way or am I a self made fool?”) and earned a 2001 John Anderson cover to boot. For the past few decades, you could argue that Chris Knight has been better at being Steve Earle than Steve Earle has been.