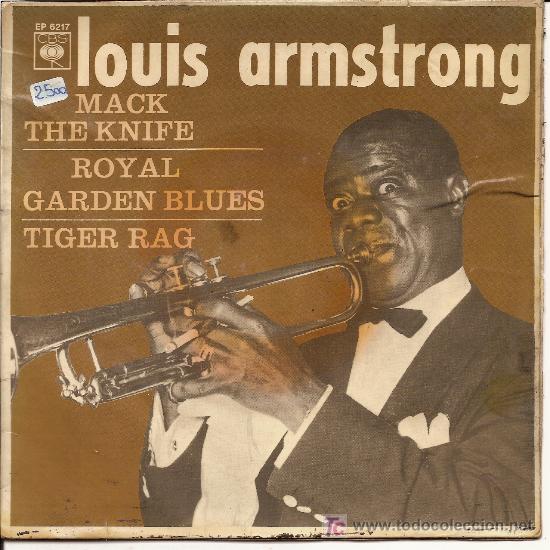 Well, when you hear me buzzin’, baby, some stinging is going on.

80. “Oh Boy!,” The Crickets. Songwriters: Sonny West, Bill Tilghman, Norman Petty; #10 pop/#15 R&B; 1957. “Oh Boy!” and “Rave On” are permanently associated with Buddy Holly, although both were penned by West Texas songwriter Sonny West. West had recorded “Oh Boy!” as “All My Love” and the song, which was not widely released, made its way from producer Norman Petty to Buddy Holly. West had mixed emotions about the record, knowing that he was being compromised on the songwriting credits by Norman Petty. West, “We (Sonny and Bill Tilghman) talked it over and went back and signed the contracts and we were real happy and a little sad. I knew the song would sell – for one reason, as a follow-up to ‘That’ll Be The Day’, and also Norman played it to us when we first walked in, and it is one of the most exciting songs Holly ever recorded. It’s smooth and it’s exciting – his excitement level is way up there. It’s a great recording, and he did a great job on it. His version made my hair stand up.”

79. “Mack the Knife,” Louis Armstrong. Songwriters: Kurt Weill, Bertolt Brecht; #20 pop; 1956. Kurt Weill and Bertolt Brecht wrote “Mack the Knife” for “The Threepenny Opera,” which debuted in Berlin in 1928 and was a #1 single for Bobby Darin with a slam bam Vegas arrangement in 1959. Ahmet Ertegun, “Louis Armstrong had made a record of ‘Mack the Knife,’ and that was really the inspiration for Bobby (Darin’s) record. Every singer in the world owes Louis Armstrong because he taught everybody to sing with swing.” Armstrong was pitched “Mack the Knife” after “The Threepenny Opera” had an off-Broadway run in 1954 by producer George Avakian. Avakian once recalled, “We played the acetate for Louis and showed him the arrangement and Louie’s reaction was marvelous. He broke into a big smile as he listened to the lyrics and he said, ‘Hey, I’ll record that. I knew cats like that in New Orleans. They’d stick a knife in you as fast as say hello.’”

78. “Love Is Strange,” Mickey and Sylvia. Songwriters: Mickey Baker, Sylvia Vanderpool, Ethel Smith (Elias McDaniel); #11 pop/#1 R&B; 1957. Bo Diddley wrote “Love Is Strange” and recorded a typically rhythm heavy version of the song in 1956. Guitar ace Mickey Baker, who had performed studio work for The Drifters and Ray Charles, among others, teamed with Sylvia Robinson to reshape “Love is Strange” into one of the most memorably flirtatious records of its era. Baker frames the song in soulful, sharp guitar licks while Sylvia Vanderpool serves as his frisky vocal counterpoint. Vanderpool would later be known as Sylvia Robinson. She wrote and released the early disco/# 3 pop hit “Pillow Talk” in 1973 and was a co-founder of the rap label Sugarhill Records, cementing a varied and respected legacy in popular music.

77. “Sweet Little Sixteen,” Chuck Berry. Songwriter: Chuck Berry; #2 pop/#1 R&B; 1958. This 1958 #2 pop hit/#1 R&B number was Berry’s biggest single until “My Ding-A-Ling” in 1972. Lyrically, it’s about a teenage girl, living her fantasies through getting autographs from rock ‘n’ roll stars, wearing high heels and being chased by all the boys, then changing her persona for her high school reality. Brian Wilson admittedly wrote The Beach Boys 1963 #3 pop hit “Surfin’ U.S.A.” using “Sweet Little Sixteen’ for the melody. Due to potential legal action, Berry was giving a co-writing credit on “Surfin’ U.S.A.” in 1966. Jerry Lee Lewis, who often covered Berry material to include “Sweet Little Sixteen,” said the two musical pioneers became friends after having a fight. Lewis, “He whupped my butt. He said he was king of rock ‘n’ roll. I said I was.”

76. “Rockin’ Pneumonia and the Boogie Woogie Flu,” Huey “Piano” Smith and the Clowns. Songwriter: Huey “Piano” Smith; #52 pop/#5 R&B; 1957. Huey “Piano” Smith wasn’t the first musician to popularize ailments during the 1950s (the b-side to “Rockin’ Pneumonia” was titled “High Blood Pressure”). Smith, in 2014, “We don’t want to forget that Little Willie John had ‘Fever’ all over the United States. That was one before mine’s, so it opened the door to whatever I wanted to come up with.” Still, nobody made maladies sound so cheerful. Robert Christgau, “’Rockin’ Pneumonia and the Boogie Woogie Flu’ has already created a disturbance in your mind–as an impossible yet inevitable piece of language, and as the sloppiest and most, there’s no other word, infectious of the New Orleans piano novelties.” “Rockin’ Pneumonia” wasn’t a major hit in the U.S. until Johnny Rivers’ 1973 tame, L.A. cover. Comparatively, it doesn’t even sound like Rivers has the sniffles.

75. “I’m a King Bee,” Slim Harpo. Songwriter: James Moore (Slim Harpo); Did Not Chart; 1957. James Moore first started working as a blues artist using the name Harmonica Slim and was a sideman for Lightnin’ Hopkins before recording the hive buzzing “I’m a King Bee” (later covered by The Rolling Stones) in 1957. Harpo had a lean, R&B sound that highlighted his drawling vocals, where he bragged about his buzzing and stinging and honey making skills (and noted that he did his best work when the queen’s regular man was gone). Author Randy Fox, “The plodding, muffled bassline and percussion of ‘I’m a King Bee’ invoked an otherworldly atmosphere, where the harmonica and the half-spoken hillbilly-tinged vocals floated like a cloud of insects on a sweltering summer evening in the Louisiana swampland. It was all driven by the simplest but most effective guitar solo ever. The sound was as revolutionary as the musical mash-ups of Elvis Presley’s ‘That’s All Right’ or Chuck Berry’s ‘Maybellene.’”

74. “Brand New Cadillac,” Vince Taylor & His Playboys. Songwriter: Vince Taylor; Did Not Chart; 1959. Rockabilly singer Vince Taylor lived in both England and the U.S. while growing up and started his singing career based in London in the late 1950s. Featuring the lean, mean guitar work of Joe Moretti, who also played on “Shakin’ All Over” by Johnny Kid & the Pirates, “Brand New Cadillac” is the most explosive U.K. rock ‘n’ roll record of the decade and was later famously covered by the Clash on their “London Calling” album. The intensity of the song contrasts with the humorous tale within the lyrics – the narrator loses his woman after she obtains a Cadillac, as she is no longer willing to associate with a man who drives a Ford. Joe Strummer, summarizing Taylor’s impact, “Vince Taylor was the beginning of British rock ‘n’ roll. Before him there was nothing. He was a miracle.”

73. “Jambalaya (On the Bayou),” Hank Williams with His Drifting Cowboys. Songwriters: Hank Williams, Moon Mullican (uncredited); #1 country; 1952. “Jambalaya” evolved out of the world of Louisiana Cajun music. Although earlier versions reportedly exist, the melody is first well defined to my ears on the 1937 release “Alons Kooche Kooche” by the Louisiana Rounders. Steel guitarist Julius Angelle “Papa Cairo” Lamperez is credited with writing “Grand Texas,” which uses the same melody and was recorded by the Cajun group Chuck Guillory and His Rhythm Boys in 1948. Moon Mullican was familiar with Cajun music and had scored a major hit with “Jole Blon’s Sister” in 1947. Moon either wrote “Jambalaya,” with the song being purchased by Hank, or co-wrote it with Hank and received payment from Fred Rose to avoid publishing complications. The celebration of the Cajun lifestyle stayed at #1 for fourteen weeks in 1952 and crossed over to be a #3 pop hit for Jo Stafford that same year. In the “truth is stranger than fiction” department, two of the best selling cover versions of “Jambalay” are by the Carpenters and Harry Connick, Jr.

72. “Yakety Yak,” The Coasters. Songwriters: Jerry Lieber, Mike Stoller; #1 pop/#1 R&B; 1958. Leiber and Stoller took on the generation gap in “Yakety Yak,” where rock and roll clashed with family chores. Mike Stoller, “I was working with Jerry at his apartment. He was boiling water in the kitchen while I was fooling with some ideas on the piano. I hit on an especially happy rhythm pattern that I thought would fit the Coasters to a tee. As soon as Jerry heard it, he yelled from the kitchen, ‘Take out the papers and the trash!’ Just like that, I yelled back, ‘Or you don’t get no spending cash!’ The tune just demanded two-part harmony; ten minutes later, ‘Yakety Yak’ was born.” The saxophone solo was played Fort Worth native King Curtis (Curtis Ousley) who had a Top Twenty pop hit with “Soul Twist” in 1962 and also appeared on Aretha Franklin’s version of “Respect.”

71. “All I Have to Do is Dream,” The Everly Brothers. Songwriter: Boudleaux Bryant; #1 pop/#1 country/#1 R&B; 1958. The Everly Brothers found fantasy more enthralling than reality, if also a bit quixotically dangerous, on this across the board #1 hit. Phil Everly, “I remember hearing ‘All I Have To Do Is Dream’ on an acetate with Boudleaux’s version on it, and I said, at the time, they could have put Boudleaux’s out and it would have been a hit. It’s just a great, great song. It’s beautiful. Boudleaux was the main man who wrote all the great songs for us, and we love him.” Chet Aktins contributed the tasty tremolo guitar chords to what Dave Marsh has called “The Greatest Song About Masturbation,” beating out the likes of “Imaginary Lover” by The Atlanta Rhythm Section, “In My Room” by the Beach Boys, and “I Touch Myself” by the Divinyls.