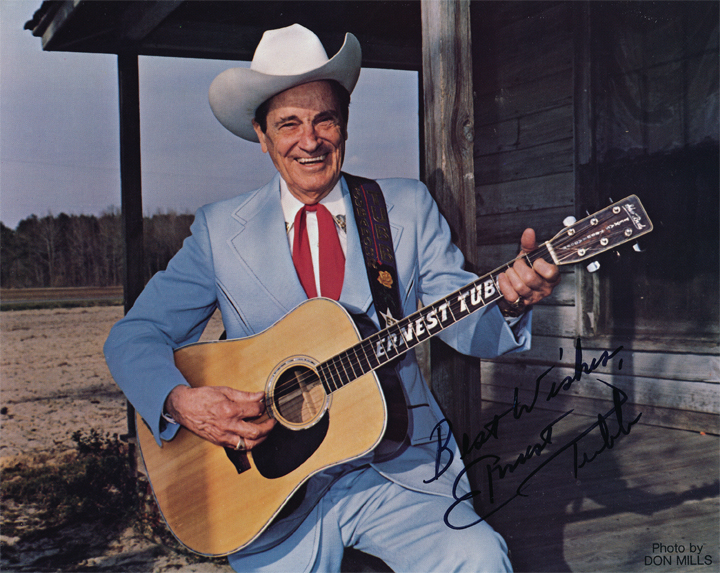 500. “Cherokee Boogie (Eh-Oh-Aleena),” Moon Mullican. Songwriters: Chief William Redbird, Moon Mullican; #7 country; 1951. Although not widely documented, Detroit had an active country music scene, most likely initiated by and performed for a labor force transplanted from the South, in the pre-rock era. A fiddle player named Chief Redbird, who performed as early as the 1920’s as Chief Sanders as part of Otto Gray’s Oklahoma Cowboys, fronted several bands in the Motor City country scene and also co-wrote “Cherokee Boogie” with Moon Mullican. Here’s a subtle sexual metaphor – “Well, he dances in a trot and he dances in a walk, but he keeps on shakin’ his ol’ tomahawk.” Mullican hit the country Top Ten with this Native American boogie woogie tune, one of his last hits. He penned “Seven Nights to Rock” in the mid-1950s, but didn’t have the look/image for the embryonic rock ‘n’ roll audience. He reached the charts one last time in 1961 with the George Jones cover/#15 hit “Ragged But Right.” Sadly, “I Ain’t No Beatle, But I Want to Hold Your Hand” never found the airwaves.

499. “When I Stop Dreaming,” The Louvin Brothers. Songwriters: Ira and Charles Louvin; #8 country; 1955. Ira Loudermilk and Charlie Loudermilk were natives of rural northern Alabama who first started performing as a gospel act in 1940. (Cousin John D. Loudermilk never changed his name and received fame from writing “Indian Reservation” and “Tobacco Road”). Charlie served in the military during World War II and the Korean War, stalling the duo’s commercial success. Their big break was joining the Grand Ole Opry in 1955 and they quickly scored a hit with their composition “When I Stop Dreaming.” The brothers are nursing a seriously broken heart while displaying their Appalachian influenced close harmony singing on this #8 hit. Don Henley and Dolly Parton covered “When I Stop Dreaming” on Henley’s 2015 “Cass County” album.

498. “Eskimo Pie,” George Jones. Songwriter: George Jones; Did Not Chart; 1958. On this non-charting b-side, Jones references two major hits penned by “Color of the Blues” collaborator Lawton Williams with the opening lyric (“You can talk about your Frauleins and your pretty Geisha girls”). Bobby Helms spent four weeks at #1 on the country charts with the Williams composition “Fraulein” in 1957 and Hank Locklin went to #4 that year with “Geisha Girl.” “Eskimo Pie” is a novelty number about a lifesaving, igloo romance and an early example of Jones’ deft ability to deliver humorous themes.

497. “How I Got Over,” Clara Ward and the Ward Singers. Songwriter: W. Herbert Brewster; Did Not Chart; 1951. Philadelphia native Clara Ward was a pioneer in gospel music, who adapted the arrangements from male gospel groups that involved alternating lead vocalists and using improvisation. “Surely, God Is Able,” a 1950 single by The Ward Singers, reportedly sold a million copies and was covered by Aretha Franklin in 1988. “How I Got Over” was originally written by Memphis preacher W. Herbert Brewster and was performed with resounding backing vocalist affirmation by The Ward Sisters. Author Don Cusic, “’How I Got Over’ was known as a “house wrecker,” which meant the up-tempo song made an emotional, spirit-filled connection with congregations.” Clara’s sister Willa Ward-Royster, “Until her death, this song was Clara’s rallying cry, and, on occasion, her salvation. When she sat humming the melody softly to herself, I would almost see in her eyes tiny pools reflecting the spirit of the ages.”

496. “Don’t Let the Stars Get in Your Eyes,” Skeets McDonald. Songwriter: Slim Willet; #1 country; 1952. Enos William “Skeets” McDonald grew up in Greenway, Arkansas and spent many years working on the Detroit country music scene. He moved to Los Angeles in 1951, quickly becoming a regular on local country music radio and television programs. Texas native Winston Lee Moore, professionally known as Slim Willet, composed the strange, off meter ballad “Don’t Let the Stars Get in Your Eyes” and his original version went to #1 in December of 1952. The next #1 single on the country charts was the Skeets McDonald cover, which spent three weeks at the top spot. A pop version was also a #1 hit for Perry Como in 1952. The song was such a sensation, it inspired the Homer and Jethro parody “Don’t Let the Stars Get in Your Eyeballs,” a novelty tune that my friend Tim McCluskey and I sang in grade school with endless enthusiasm. Skeets had one more Top Ten country hit in 1963 with the cheating song “They Call Me Mr. Brown,” thematically and lyrically perhaps written to replicate the success of Leroy Van Dyke’s “Walk on By.” He is the only artist to receive a chapter in Nick Tosches’ indispensable “Unsung Heroes of Rock ‘n’ Roll” who shares a final resting place in the same cemetery as my paternal grandfather.

495. “Wine, Women, Whiskey,” Papa Lightfoot. Songwriter: Alexander Lightfoot; Did Not Chart; 1954. Alexander Lightfoot, professionally known as both Papa Lightfoot and Papa George Lightfoot, was a Delta blues harmonica player who recorded in the early 1950s without commercial success. He recorded “When the Saints Go Marching In” and “Wine, Women, Whiskey” in New Orleans with a backing band that included drummer Earl Palmer in 1954. Lightfoot recorded raw, aggressive blues with vocals that sound like a raspy diesel engine. His request for his woman to come back and talk trash to him was covered by Dr. Feelgood during the 1990s, a bravely chugging rendition. Regarding the original, here’s a solid summary from a YouTube commenter, “I think my ears just lost their virginity. And it wasn’t gentle.”

494. “Too Much Sugar for a Dime,” Merle Travis with the Westerners and Judy Hayden. Songwriter: Merle Travis; Did Not Chart; 1950. While Merle Travis is revered as a songwriter and guitar player, he only scored one Top 40 country hit after the 1940s, an upbeat instrumental version of “Wildwood Flower” with Hank Thompson that went to #5 in 1955. He spent much of the 1950s in a losing battle with alcoholism and pistol whipping his wife in 1956 was not an advisable career move. Nevertheless, “Too Much Sugar for a Dime” is a sassy/humorous number with vocalist Judy Hayden trying to put the male ego in check while Travis remains blissfully oblivious.

493. “Yellow Rose of Texas,” Ernest Tubb. Songwriter: Traditional; #7 country; 1955. “The Yellow Rose of Texas” comes from the minstrel tradition and was first published by Edwin Pearce Christy, the founder of Christy’s Minstrels – a blackface performance troupe. In the original lyrics, a black man speaks in first person about his love for a “yellow rose,” presumably a woman of mixed race. “Yellow Rose” was first recorded in 1927 by an Indiana string group known as Da Costa Woltz’s Southern Broadcasters. Gene Autry and Jimmie Long recorded the song in 1933, changing the lyrics to be racially neutral, but still sounding somewhat like a Civil War era ballad. On Ernest Tubb’s Top Ten 1955 single, he increases the beats per minute, making it a song of triumph rather than one of desperation.

492. “Istanbul (Not Constantinople),” The Four Lads. Songwriters: Jimmy Kennedy, Nat Simon; #10 pop; 1953. The Four Lads were a vocal quartet of Pat Boone clones who backed Johnny Ray on his 1951 #1 single “Cry” and had twenty-two Top Forty singles during the 1950s. The Lads had their first Top Ten single with “Istanbul (Not Constantinople),” the only major hit about the fall of the Byzantine Empire in pop music history. Songwriters Jimmy Kennedy and Nat Simon had, respectively, backgrounds in Tin Pan Alley and vaudeville and delivered a sense of ironic mirth on “Istanbul,” a song winningly covered by They Might Be Giants on their 1990 platinum album “Flood.”

491. “Little Star,” The Elegants. Songwriters: Vito Picone, Arthur Venosa; #1 pop/#1 R&B; 1958. The Elegants were an Italian-American vocal group from Staten Island, who had one monster hit with the breezy, nursery rhyme doo wop of “Little Star.” Rock critic Tom Briehan, “’Little Star’ seems almost too wholesome to work. ‘Twinkle Twinkle Little Star’ is a kids’ song, and by definition, there’s no danger or mystery to it. It’s also not especially well-suited to becoming a pop song. But the Elegants built on its familiarity, turning their song into a perfectly pretty little shimmer.” Supposedly, The Elegants heard that a competing vocal group had planned on recording “Little Star” and started “just started knocking on doors” of record companies, a ploy that resulted in their top charting single. Despite only having one hit, a version of the band fronted by original member Vito Picone continues to perform.