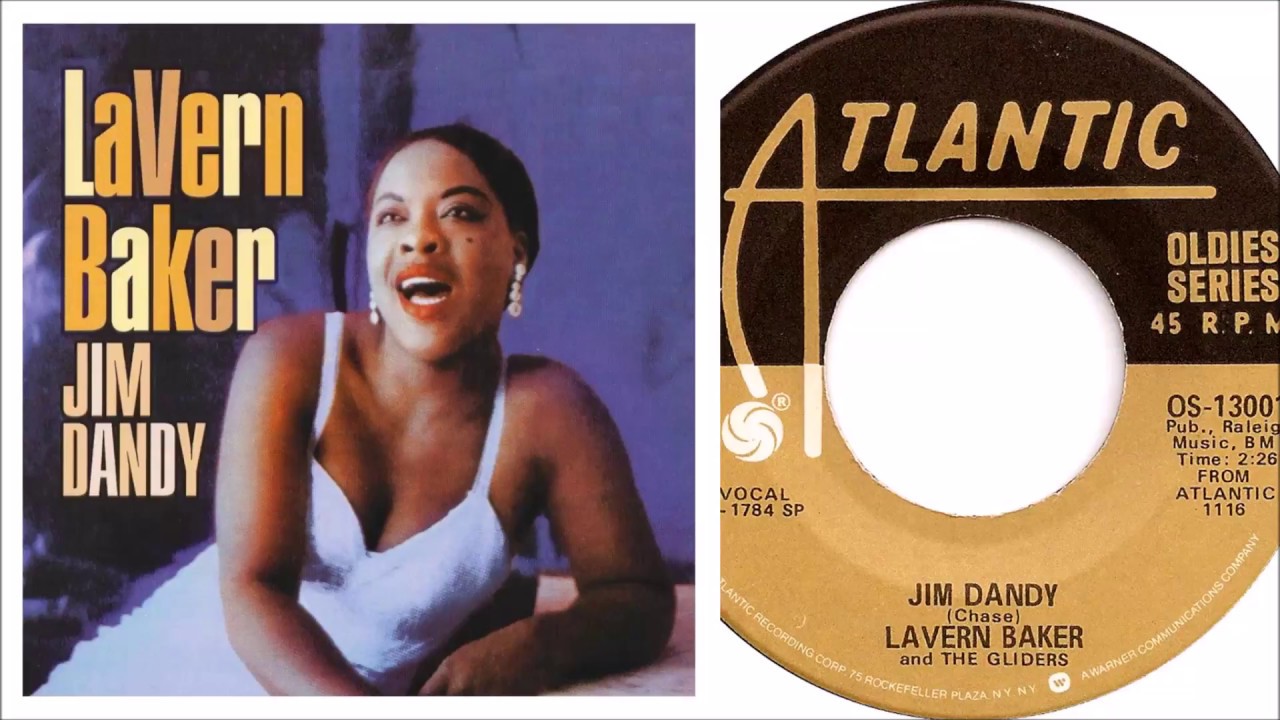 440. “Always Late (with Your Kisses),” Lefty Frizzell. Songwriters: Blackie Crawford, Lefty Frizzell; #1 country; 1951. Lefty Frizzell formed his touring and recording band, known as the Western Cherokees, in early 1951 and co-wrote “Always Late (With Your Kisses)” with bandleader Robert Lawrence “Blackie” Crawford. The romantic ballad/tardiness complaint went to #1 on the charts, as had his previous single “I Want to Always Be with You.” Lefty returned to the smooching theme with the insatiable “Give Me More, More, More (Of Your Kisses)” in 1952, another #1 hit. Rock critic Ken Tucker, “Lefty Frizzell is in some ways the greatest singer country music has ever produced. When he came on the scene in the early 1950s, he was an artist fully formed. Still in his early 20s, he sang with the fluidity and expressiveness of an old pro. His phrasing was strikingly original. He had a conversational tone that stretched syllables elastically. Depending on the song, his voice was a confiding croon or a high lonesome wail with a bluesy bottom tone that could make a vulnerable listener weep. As for the songs he was singing, he charged out of the gate with a batch of tunes he’d written himself, each of which would become a country classic.”

439. “I Don’t Believe You’ve Met My Baby,” The Louvin Brothers. Songwriter: Autry Inman; #1 country; 1956. Florence, Alabama native Autry Inman worked as a songwriter, recording artist, and backing musician. He scored a Top Five country hit in 1953 with the clumsy “That’s All Right” (not the Arthur Crudup/Elvis Presley song) and had his final hit in 1968 with the unintentionally hysterical, anti-hippie Vietnam era soap opera “Ballad of Two Brothers.” He had writing credits on releases from Waylon Jennings, Johnny Cash, and George Jones, among others. Inman’s biggest chart success was writing the bluegrass romance mystery “I Don’t Believe You’ve Met My Baby,” the only #1 hit for The Louvin Brothers. There have been many covers of the song with the 1992 Alison Krauss release being the most popular and the 1969 Porter Wagoner/Dolly Parton version being the best.

438. “Sputnik (Satellite Girl),” Jerry Engler and The Four Ekkos. Songwriter: Jerry Engler; Did Not Chart; 1958. The Soviet Union released Sputnik, the first artificial Earth satellite, in October of 1957, scaring much of the American public who worried that the U.S. was doomed to technological inferiority. Rochester, New York rocker Jerry Engler seemed to have few of those concerns, releasing the space age meets rockabilly love number “Sputnik (Satellite Girl),” where the lyrics “spoo-spoo-spoot-a-nick-a-chick” can be easily misinterpreted as “spoo-spoo-spoon a naked chick.” Engler travelled to Clovis, New Mexico in 1958 and recorded with Buddy Holly, but fame was always unattainable within our galaxy. Nobody got rich singing about Sputnik, but that was not due to a lack of effort during this era considering “Satellite Baby,” by Roosevelt Sykes, “Sputniks and Mutniks,” by Ray Anderson and the Home Folks, “Beep! Beep!,” by Louis Prima, “Sputnik Dance,” by The Equadors, and “Santa and the Satellite,” by Dicky Goodman (a #32 pop hit).

437. “Crying in the Chapel,” The Orioles. Songwriter: Artie Glenn; #11 pop/#1 R&B; 1953. “Crying in the Chapel” covered the airwaves in 1953 like fruit flies on loquats. Country artist Darrell Glenn released the original version, the song was written by his father Artie Glenn, for a Top Ten country and pop hit. Rex Allen, June Valli, The Orioles, and Ella Fitzgerald all had hit versions of the song that year. The Orioles formed in Baltimore in 1946 and are generally acknowledged as the first R&B vocal group. Their version of “Crying in the Chapel” resulted in Jubilee Records becoming the first independent label to reach a white/pop audience with a black vocal group performance. Author Michael Campbell, “’Crying in the Chapel’ blazed the trail. Its history highlights the blurred genre boundaries in the early rock era. It was a country song that crossed over to the pop charts, which was covered by an R&B group whose version also made the pop charts.” Elvis re-popularized this weepy view of heavenly affirmation with his 1965 cover version.

436. “I’m in the Mood,” John Lee Hooker. Songwriters: Bernard Bessman, John Lee Hooker; #1 R&B; 1951. John Lee Hooker came from Mississippi sharecropping roots and developed a simple, powerful version of the blues that kept him relevant for decades. Ritchie Unterberger, “In its own way ‘I’m in the Mood’ was quite technically sophisticated for its day, even if it might sound like a basic shuffling boogie-stomp with nothing other than roving electric guitars as the instrumental accompaniment. The technical innovation was overdubbing voices and guitars upon themselves, creating three layers of Hooker’s vocal, according to Dave Sax’s liner notes for ‘The Legendary Modern Recordings 1948-1954.’ The overdubs weren’t entirely in sync either, creating what was then and still is an eerie effect, like that of a voice echoing around the inside of a water tower. The song’s chief attributes, however, are Hooker’s trademark footstomp timekeeping beats, and the stinging guitars (by both Hooker and second guitarist Eddie Kirkland).”

435. “Air Mail Special,” Ella Fitzgerald. Songwriters: Benny Goodman, James Mundie, Charlie Christian; Did Not Chart; 1958. Alexa Peters of Paste Magazine, “This track starts with the most burnin’ scat solo, showcasing Fitzgerald’s rambunctious virtuosity. But this takes her scat abilities even further, as this song, recorded live at in 1957 at Newport Jazz Fest, is chocked full of some cleverly inserted excerpts from other songs like ‘Davy Crocket,’ ‘Jingle Bells,’ ‘The Christmas Song,’ ‘Amore,’ and many more. Her ability to hop from different melodies and instrumental imitations with such precise timing, intonation and delivery is staggering. ‘Air Mail Special’ crystallizes why Fitzgerald wears the crown as The Queen of Jazz.” Jason Parker from the “Jazz24” website, “While most singers looked to other singers for inspiration, Ella was listening to Dizzy Gillespie, Lester Young and Ben Webster for influence. ‘Airmail Special’ shows her at the height of scat singing.”

434. “Eyesight to the Blind,” The Larks. Songwriter: Sonny Boy Williamson II; #5 R&B; 1951. The Larks evolved from the Selah Jubilee Singers, a gospel act formed in New York City in the late 1920s that was later based in Raleigh, North Carolina. “Eyesight to the Blind,” a quickly released cover of a 1951 Sonny Boy Williamson II (Aleck “Rice” Miller) composition is a combination of blues and gospel with a vocal arrangement that would have been called doo wop a few years later. The production values for The Larks were surprisingly smooth for its era, a discovery reinforced by their 1951 b-side “I Ain’t Fattening Frogs for Snakes.” The Who released a reinterpretation of “Eyesight to the Blind” as “The Hawker” on their 1969 “Tommy” album.

433. “Breaking Up is Hard to Do,” Jivin’ Gene and the Jokers. Songwriters: Gene Bourgeois, Huey Meaux; #69 pop; 1959. Jivin’ Gene and the Jokers were a group of well scrubbed white boys from Port Arthur, Texas, who appeared only once on the pop charts, with a song title closely associated with Neil Sedaka. There’s a strong Fats Domino/Dave Bartholomew influence on this regional/Texas hit. Author John Broven, “’Breaking Up is Hard to Do’ was a classic of its kind, pleasantly melodic and gently mesmeric.” Note the co-writing credit for “The Crazy Cajun,” legendary producer/felon/hustler Huey P. Meaux. Instead of following his mentor to prison, Gene Bourgeois worked in the construction business for decades, then started recording and touring again in the early 2000s. In September of 2019, he performed in Humble, Texas with comedian “Booger Lee.”

432. “One Scotch, One Bourbon, One Beer,” Amos Milburn. Songwriter: Rudy Toombs; #2 R&B; 1953. Amos Milburn was a Houston based R&B artist/boogie woogie pianist who had nineteen Top Ten R&B singles from 1948 to 1954. Music historian Charles Shaar Murray on the concept, “Guy in bar at closing time trying to get enough booze down his neck to forget that his girlfriend’s gone AWOL, harassing a tired, bored bartender who simply wants to close up and go home into serving just one more round.” John Lee Hooker brought the song to a wider audience in the 1960s and as did George Thorogood in the following decade.

431. “Jim Dandy,” Lavern Baker. Songwriter: Lincoln Chase; #17 pop/#1 R&B; 1957. Lincoln Chase, a New York songwriter with West Indian family roots, had his first major success with “Such a Night,” a 1954 #2 R&B hit for The Drifters that was covered by Elvis Presley in 1960. His next major success was Lavern Baker’s “Jim Dandy,” a song about a heroic imaginary folk hero that would be associated with Black Oak Arkansas in the 1970s. Rock critic Stewart Mason on Baker’s original recording, “’Jim Dandy’ is also one of the great pure rock and roll records of the ’50s. By far the loudest instrument in the entire mix is an in-your-face snare drum kicking the backbeat on every bar, giving the song both an irresistible urgency and an oddly modern sound. Baker’s vocals, especially the wild-eyed ‘Go, Jim Dandy!’ that punctuates every verse, are the strongest and most assertive of her career, making ‘Jim Dandy’ her signature song.”