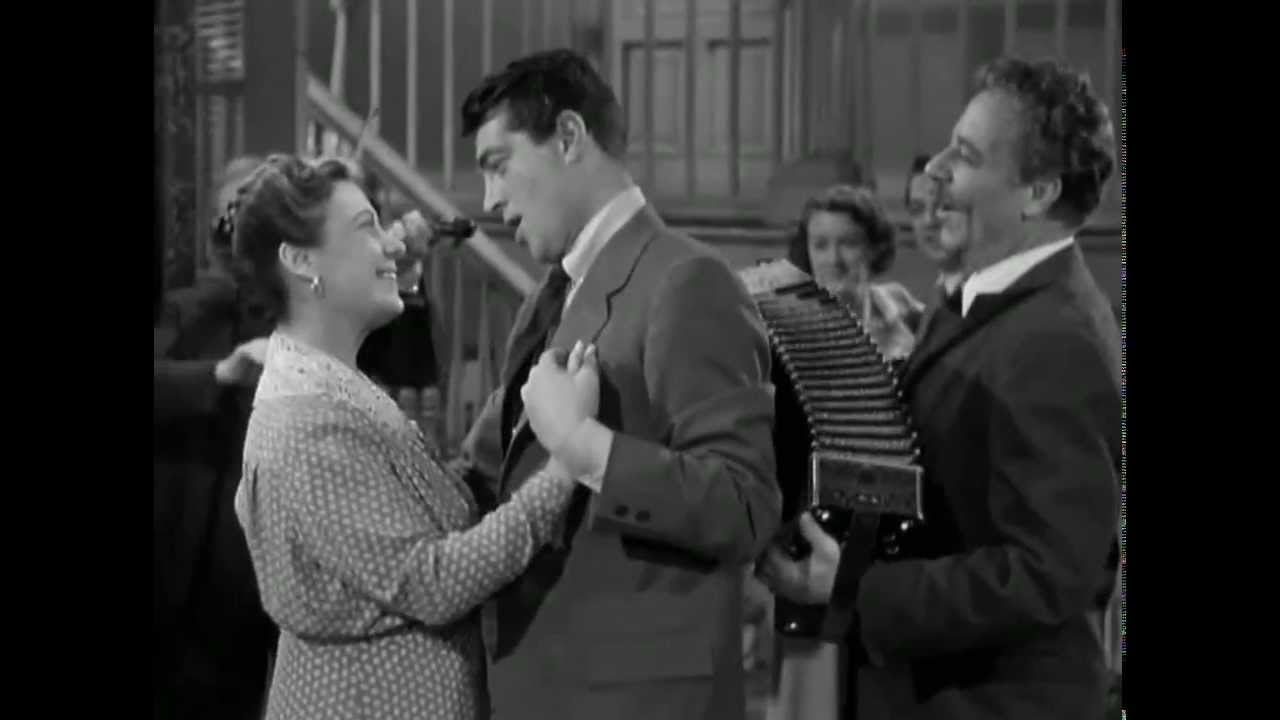 400. “Settin’ the Woods on Fire,” Hank Williams with His Drifting Cowboys. Songwriters: Fred Rose, Edward Nelson; #2 country; 1952. There were three songwriters in the New York Nelson family, a unit who had their biggest success in Nashville. Father Ed Nelson co-wrote the 1931 Billy Eckstine hit “I Apologize,” which was covered by Aretha Franklin in 1962. His son Ed Nelson, Jr. co-wrote the 1949 Eddy Arnold #1 country hit “I’m Throwing Rice (At the Girl I Love).” His younger son Steve Nelson had the most success with credits on “Bouquet of Roses,” a 1948 #1 hit for Eddy Arnold and the children classics “Peter Cottontail” and “Frosty the Snowman.” It was father Ed who co-wrote “Settin’ the Woods on Fire” with Fred Rose. Nashville guitarist Chet Atkins is believed to have performed on this paint the town red, party song. Regarding Hank’s physical status at that time, Atkins would later say, “He was so weak that all he could do was just sing a few lines, and then just fall in the chair.”

399. “Gee,” The Crows. Songwriters: William Davis, Viola Watkins; #14 pop/#2 R&B; 1954. The Crows were a Harlem street corner vocal group who got a record deal after an amateur night Apollo performance in 1952. “Gee,” their sole hit, is credited as being the first million selling doo wop single and took over a year to break nationally. Author Michael Jack Kirby, “’Gee,’ written by group member Bill Davis (though Watkins was given label co-credit), has a simple enough lyric (‘Doo-doo-doo-doo…doo-doo-doo…doo-doo-doo-doo-doo-doo, love that girl!’), an infectious melody and a guitar bridge borrowing heavily from ‘Perfidia,’ a Latin favorite of Tico Records owner George Goldner’s made famous by Xavier Cugat in 1941. (Author’s note – other historians have stated the guitar solo was inspired by the traditional Scottish song “The Campbells Are Coming.”) ‘Gee’ got lost in the shuffle and Tico artist Joe Loco made an instrumental mambo version. Several months later, the Crows’ original found new life when Los Angeles deejay Dick ‘Huggy Boy’ Hugg, broadcasting late at night on KRKD behind the big glass window at Dolphin’s of Hollywood (a 24-hour record store that was actually in South Central L.A.), began playing the song, sometimes several times per night.”

398. “Trouble No More,” Muddy Waters. Songwriter: Muddy Waters; #7 R&B; 1956. Author John Kessler, “Sleepy John Estes was a master of country blues with a ‘down-home’ feeling. A little rough around the edges, but loaded with emotion. Though his music wasn’t complex, his songs have lasted through the years, and have been sung by Led Zeppelin and Bob Dylan. In his 1935 recording of ‘Someday Baby Blues,’ the guitar is barely heard, the mix dominated by Hammie Nixon’s harmonica and Estes’ plaintive voice. Twenty years later in 1955, Muddy Waters re-created the song as ‘Trouble No More.’ As he did with many other songs, he took a country blues and turned it into a Chicago blues. Recorded at the height of his career, the track features Little Walter on amplified harmonica.”

397. “I’ll Fly Away,” James and Martha Carson. Songwriter: Albert E. Brumley; Did Not Chart; 1951. Martha Carson (nee Irene Amburgey) performed with her sisters on Atlanta radio during the late 1930s and became part of a duo with James Carson after their marriage. Known as “The Barn Dance Sweethearts,” the couple had divorced by the time their bluegrass meets gospel version of “I’ll Fly Away” was released in 1951. Their fast tempo version featurs simple bluegrass instrumentation and a swooping gospel choir that engulfs the chorus. Martha Carson also released “Satisfied” in 1951, a post-divorce gospel number about judgment and faith, that was one of the first songs Elvis recorded at Sun Records.

396. “I’m Gonna Be a Wheel Someday,” Fats Domino. Songwriters: Roy Hayes, Fats Domino, Dave Bartholomew; #17 pop/#22 R&B; 1959. It’s surprising considering the writing credits, but “I’m Gonna Be a Wheel Someday” was first recorded in 1957 by the New Orleans act Bobby Mitchell & The Troopers. Mitchell’s music in general sounded like a weak imitation of Fats, who released a much more confident version of “Wheel” in 1959. Author Jon Pareles, “Domino’s piano sits out for this almost-rockabilly song; instead, his voice glides above a brisk rhythm guitar, gloating over the prospect of career success as romantic revenge.”

395. “That’s Amore,” Dean Martin. Songwriters: Jack Brooks, Harry Warren; #2 pop; 1953. “That’s Amore,” Dean Martin’s signature song, was originally featured in the 1953 Lewis and Martin film “The Caddy.” Lewis has contended that he paid the songwriters directly to contribute material for the film, feeling that otherwise Martin would be unhappy having a supporting acting role. Music critic Joe Queenan, “’That’s Amore’ was recorded in Martin’s pre-suave era. A charming, if goofy, parody of popular Neapolitan organ-grinder music, ‘That’s Amore’ was one of many songs from the early Fifties that helped rehabilitate Italy’s image as a land of magic and romance that had somehow been lured from its festive moorings by the glum fascist Benito Mussolini. No one ever tried to do this with Germany.”

394. “I Was the One,” Elvis Presley. Songwriters: Aaron Schroeder, Bill Peppers, Claude Demetrius, Hal Blair; #19 pop/#8 country; 1956. Songwriter Hal Blair primarily worked in country music, his biggest credits were Hank Locklin’s “Please Help Me, I’m Falling” and Lorne Greene’s #1 bubblegum gunfighter pop hit “Ringo.” Blair also contributed material to several Elvis movies and has a writing credit on “I Was the One,” where Elvis taught a former lover how to kiss, cry, and lie. The b-side of “Heartbreak Hotel,” “I Was the One” allowed The King to be a ladies’ man and a victim at the same time. This was the first Elvis session that included backing vocals from The Jordanaires, providing a nice doo wop touch.

393. “Rawhide,” Frankie Lane. Songwriters: Ned Washington, Dimitri Tiomkin; Did Not Chart; 1958. The rollin’, rollin’, rollin’/move ‘em on, head ‘em up “Rawhide” was the theme for a popular television series that aired from 1959 to 1966, a show that was probably most notable historically for providing Clint Eastwood’s breakthrough acting role. “Rawhide” was never a country hit and was only a pop hit in the U.S. for early guitar hero Link Wray (the Frankie Laine version was a Top Ten U.K. hit). This cattle driving number returned to pop culture prominence in 1980 with its inclusion in “The Blues Brothers” movie. Lyricist Ned Washington penned many hits during the big band era and is best known for writing “When You Wish Upon a Star.”

392. “Don’t You Just Know It,” Huey “Piano” Smith and the Clowns. Songwriter: Huey “Piano” Smith; #9 pop/#4 R&B; 1958. Huey “Piano” Smith worked as a musician in New Orleans bars as a teenager, often teaming with Eddie Jones, who found fame using the name Guitar Slim. He did session work on the 1955 hit “I Hear You Knocking” by Smiley Lewis and then formed The Clowns with everybody’s favorite Louisiana female impersonator Bobby Marchan. The band broke into the R&B charts in 1957 with the often covered “Rockin’ Pneumonia and the Boogie Woogie Flu,” then hit the pop charts with the party rocker “Don’t You Just Know It.” Rock critic Steve Huey, “At the peak of his game, Smith epitomized New Orleans R&B at its most infectious and rollicking.”

391. “Please Say You Want Me,” The Schoolboys. Songwriter: Donald Hayes; #13 R&B; 1957. The Schoolboys were a Harlem vocal group who scored two R&B hits in 1957, “Please Say You Want Me” and “Shirley,” but had no significant crossover pop success. Rock critic Bruce Eder, “Their debut single, “’Please Say You Want Me,’ a slow, moon/June-rhymed ballad featuring Leslie Martin’s astonishingly powerful boy soprano voice, became a hit and led to a series of releases, notable for the pleading nature of their lyrics, especially the ballads, which were usually backed by songs titled with girls’ names.” It has been written that The Schoolboys typified “the east coast pre-teen soprano sound,” but competing against Frankie Lymon and the Teenagers and Dion and the Belmonts, they unfortunately got lost in the street corner shuffle.