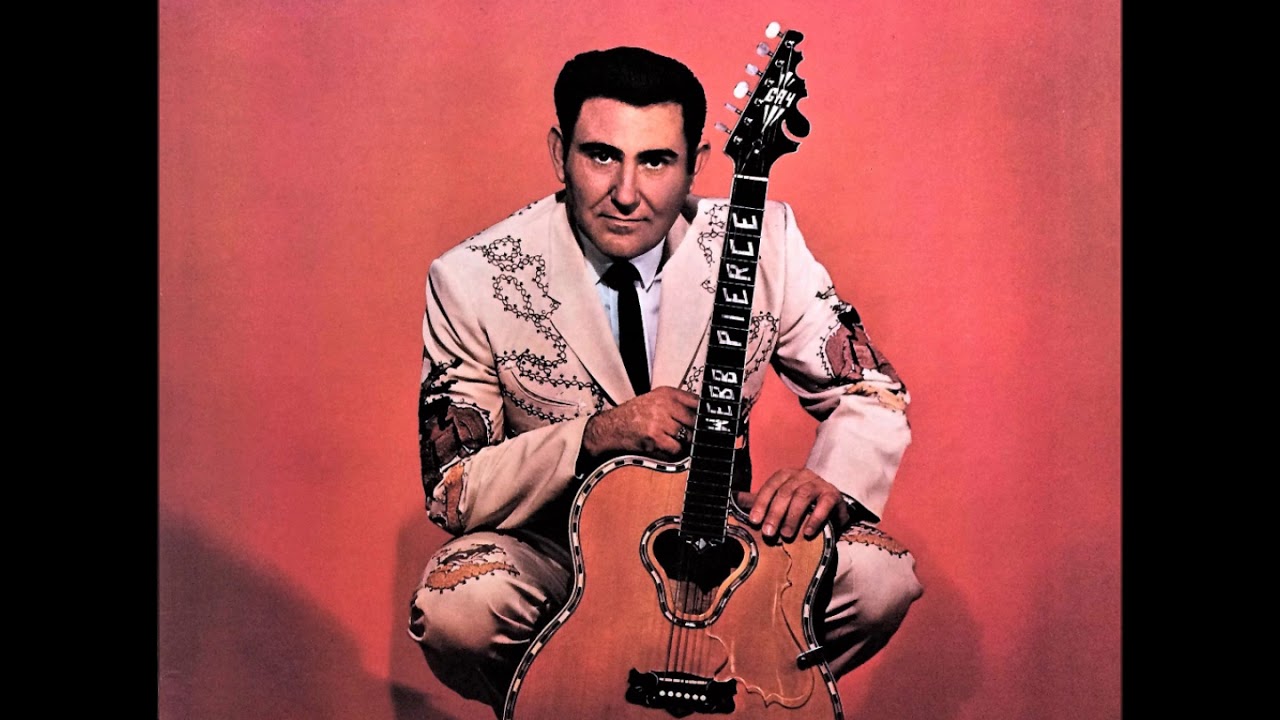 380. “Twenty Flight Rock,” Eddie Cochran. Songwriter: Eddie Cochran; Did Not Chart; 1957. Eddie Cochran details the journey up twenty flights of stairs to see his girlfriend on “Twenty Flight Rock,” a trek that leaves the narrator in the hopeless state of “too tired to rock.” Author Bobby Cochran, “The tune features Eddie’s first fully realized rock ‘n’ roll vocal, dripping with Goldstar echo and hopped up with a hiccupping delivery. Eddie showed his considerable prowess on the guitar, handily peeling off a whirling, triplet-punched solo atop Connie ‘Guybo’ Smith’s urgent bass slaps, creating what would come to be hailed as a classic.” In July of 1957, Paul McCartney auditioned for John Lennon’s band The Quarrymen by performing “Twenty Flight Rock.” McCartney, “I think that what impressed him the most was that I knew all the words.”

379. “We Wanna Boogie,” Sonny Burgess. Songwriter: Sonny Burgess; Did Not Chart. Like Burgess’s “Red Headed Woman,” “We Wanna Boogie” is a wild mix of New Orleans jazz and fiery rockabilly. Gary Graff, “Such songs as ‘We Wanna Boogie,’ ‘Red Headed Woman,’ and ‘Ain’t Got a Thing’ featured shouted, nearly unintelligible vocals, slapback bass, thundering drums, pounding piano, machine gun bursts of guitar and a blurting, out-of-context trumpet. They were wild even by Sun standards.” Burgess, “My song ‘We Wanna Boogie’ was inspired by what we did in Newport, Arkansas, on a Saturday night. Elvis played the clubs there, near Memphis, and so did I. Back then, you could go up to Elvis or anybody else and just talk. I was playing country music back in the ’50s, as well as stuff by Joe Turner and Jimmy Reed. So much feeling there. And I did Hank William’s songs too. Nobody could beat them, not even today. Of course, Elvis came along and we all decided we also wanted to be rockers. We had three clubs in Newport then. I first saw him at Porky’s Roof Top, playing with Scotty and Bill. Man, they knocked me out! ‘That’s All Right’ had just been released on Sun Records about that time, when our band was playing songs by Moon Mullican, Merrill Moore and Hank. So we sat down and decided to start playing rock, about ’56, a little after Elvis’ first records came out. We were considered pretty wild and animated then, but we would be tame today. We had what I would call a three-ring circus on stage.”

378. “Unforgettable,” Nat King Cole. Songwriter: Irving Gordon; #12 pop; 1951. “Unforgettable” has become one of Nat King Cole’s most popular songs, having been brought back to the airwaves in 1991 as a “virtual duet” with his daughter Natalie Cole in 1991. It was the first song that Cole recorded with arranger Nelson Riddle. Author Peter Levinson, “Nelson’s arrangement owes much of its popularity to his use of one of the most familiar and commercial jazz instrumental sounds of the era. This was the sound of the George Shearing Quintet, a group that first emerged from the bebop period of the early 1950s. Nelson made use of the Shearing sound (author’s note – which translated Glenn Miller’s arrangements from horns to piano and vibes) as a background for the introduction of ‘Unforgettable.’ He realized that Nat’s jazz-influenced voice was a perfect fit with the Shearing sound, to which he added strings.” Cole infuriated jazz purists by moving to sentimental pop music, but broadened his legacy by mastering both genres.

377. “Action Packed,” Ronnie Dawson. Songwriter: Jack Rhodes; Did Not Chart; 1958. Ronnie Dawson, hear me?!, orates with religious fervor on “Action Packed,” while dreaming of a rocket ship to fulfill his transportation needs. Author Michael Corcoran on The Blonde Bomber, who was originally known as Ronnie Dee, “Less than a year out of high school, Ronnie Dee was one of the stars of the Big D Jamboree, covering the never released Johnny Dollar (Jack Rhodes) songs ‘Action Packed’ and ‘Rockin’ Bones’ and making them his own. Sounding like a teen-aged girl, the high pitched Dawson punctuated the rollicking ditty with spoken jive such as ‘Give me the downbeat, Maestro’ and ‘You hear me, I said action-packed.’ Some people deserve to live forever, they are such positive forces of mankind. Ronnie Dawson was nothing but good and pure. His music understood that our minds have a seemingly endless capacity to remember the good times.”

376. “The Things That I Used to Do,” Guitar Slim. Songwriter: Guitar Slim (Eddie Jones); #23 pop/#1 R&B 1954. Eddie Jones, professionally known as Guitar Slim, was raised in the Mississippi Delta and recorded in New Orleans. Those geographical influences merge in his 1954 #1 R&B hit “The Things That I Used to Do,” where Slim plays Delta blues licks over a swaying New Orleans rhythm section on a record produced by Ray Charles. Slim developed a hardcore alcohol problem that most likely contributed to his death in 1959. His signature song has been covered by a few lightweights to include James Brown, Chuck Berry, Albert Collins, Freddie King, Muddy Waters, Jimi Hendrix, Doug Sahm, and Stevie Ray Vaughan, among others.

375. “Heartbeat,” Buddy Holly. Songwriters: Bob Montgomery, Norman Petty; #82 pop; 1958. Buddy Holly moved away from the traditional sound of The Crickets on “Heartbeat,” a song I first heard by The Knack. Guitarist Tommy Allsup, “I had a Fender Strat, but Buddy asked me if I could play Spanish guitar. I thought, ‘Well, I’ve played rhumbas in our band in Oklahoma,’ so I thought I could play that. I worked out an idea of what we wanted and then we cut it.” Bob Montgomery, “There were a lot of Latin influences where we came from. I don’t like that line ‘Why does a love kiss stay in my memory?,’ but that was Norman Petty’s line. I thought it was a dipshit line, but what the hell, if it got the song recorded, you’d let it go.”

374. “Red Light,” Merrill Moore. Songwriters: Jimmy McHugh, Harold Adamson; Did Not Chart; 1953. Pianist Merrill Moore was raised in Iowa, but relocated to San Diego after World War II. His hard rocking Saddle, Rock & Rhythm Boys played Western swing meets boogie woogie with a rockabilly edge. Rockabilly Hall of Fame member Moore pounded and tickled the ivories in a manner that undoubtedly met the approval of Jerry Lee Lewis. On the writing side of the equation, Jimmy McHugh’s catalogue includes “I Can’t Give You Anything But Love” and “On the Sunny Side of the Street.” Songwriter Harold Anderson had his biggest pop culture moment when he penned the theme to the “I Love Lucy” television show.

373. “Please Love Me,” B.B. King. Songwriters: B.B. King and Jules Taub; Did Not Chart; 1953. Mississippi native Riley “B.B.” King performed for local radio stations and in Mississippi Delta towns for almost a decade before having his breakthrough R&B hit with “3 O’Clock Blues” in 1952. King charted sporadically throughout the 1950s, but the tough guitar work on “Please Love Me” was too aggressive for airplay during that era. From the “New Rolling Stone Album Guide,” (The 1956) ‘Singin’ the Blues’ (album) includes a blazing T-Bone Walker style assault – all distortion and hard-picked single-string runs – ahead of King’s plaintive vocal on ‘Please Love Me.’” King on Walker’s influence, “When I heard T-Bone Walker play the electric guitar, I just had to have one.”

372. “Jenny Jenny,” Little Richard. Songwriters: Little Richard, Enotris Johnson; #10 pop/#2 R&B 1957. Music critics Stephen Thomas Erlewine and Keith Harris, “Little Richard was the freakiest of all the great rock & rollers – his sexual expressiveness was untempered by Elvis Presley’s down-home charm, Chuck Berry’s sly wit, Jerry Lee Lewis’s wolfish malevolence, Buddy Holly’s pop sensibility or Fats Domino’s avuncular geniality. Richard’s feral ‘WOO’ conflated the spiritual and the orgasmic in a way that changed the way musicians communicated desire forever. Not to slight the dynamic interplay between Lee Allen’s tenor sax and Alvin “Red” Tyler’s baritone, but ‘Jenny Jenny’ is a less a song than a miracle of modern American engineering, a hyperkinetic streamlined delivery system for the most precious of all postwar commodities: Little Richard ‘WOO’S. That sound traveled across the ocean to Liverpool. ‘I could do Little Richard’s voice, which is a wild, hoarse, screaming thing, it’s like an out-of-body experience,’ said Paul McCartney. ‘You have to leave your current sensibilities and go about a foot above your head to sing it.’

371. “Back Street Affair,” Webb Pierce. Songwriters: Billy Wallace, Jimmy Rule; #1 country; 1952. Webb Pierce is the great lost legend of country music, he had forty Top Ten country singles during the 1950s with 13 of those topping the charts. Regarding his vocal style, one blogger has noted that he played “his sinuses like a pedal steel.” Pierce first heard “Back Street Affair” from Hank Williams who performed it on a radio performance, but his manager thought the cheating song was too risqué for Hank to record. Hank told Pierce that anyone “with the guts” to record it would get a #1 hit and he was correct. Lyrically, the narrator comforts his woman that the town gossip will end with their relationship transitioning from scandalous to permanent. Author Bill Malone, “No one, not even Hank Williams, monopolized the country popularity charts as did Webb Pierce during the first half of the 1950s. His wailing tenor voice easily cut through the din and babble of bars and dance halls, while his instrumental accompaniment set down a hard-to-resist danceable beat.”