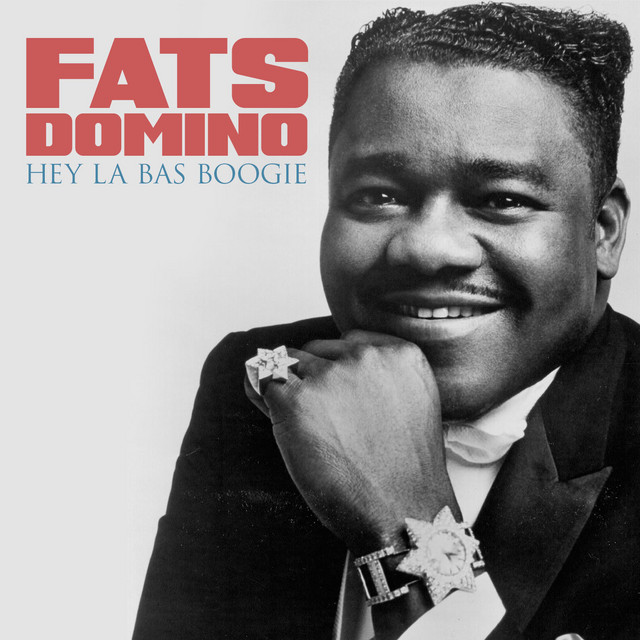 “I got a girl named Bony Moronie/She’s as skinny as a stick of macaroni.”

280. “Everybody Loves to Cha Cha Cha,” Sam Cooke. Songwriter: Sam Cooke; #31 pop/#2 R&B; 1959. The “cha-cha-cha” was a dance that originated in Cuba and was imported into the U.S. during the 1950’s. Sam Cooke was at a family gathering/party that including dancing and when a kid yelled “Everybody Loves to Cha Cha Cha!” The singer took five minutes and penned this #2 R&B hit. The use of congas and bongo drums gave the song a Caribbean flavor and backing vocals were provided by Darlene Love and the Blossoms. Although there’s no depth to the lyrics, Cooke was such an accomplished vocalist, he could turn a trifle into a pleasure.

279. “It Ain’t the Meat,” The Swallows. Songwriter: Glover Mann, Lois Mann; Did Not Chart; 1951. The Swallows, a Baltimore based act, were doo wop pioneers with the 1951 R&B hit “Will You Be Mine,” a song of romantic confusion. They found the Top Ten of the R&B charts in 1952 with the bluesy ballad “Beside You,” but dramatically moved from the street corner to the bedroom with the sex education number “It Ain’t The Meat.” How’s this for an inspirational chorus: “It ain’t the meat, it’s the motion/Makes your daddy wanna rock/It ain’t the meat, it’s the motion/It’s the movement that gives it the sock.” First tenor Eddie Rich’s memory of the song, “Everybody liked it everywhere…you couldn’t play it. They blackballed us on that.”

278. “Send Me Some Lovin’,” Little Richard. Songwriters: John Marascalco, Leo Price; #54 pop/#3 R&B; 1957. “Send Me Some Lovin’” sounds like a standard issue, mid tempo swaying dance number, until Little Richard adds a sense of pleading anxiety during the bridge. Stephen Thomas Erlewine and Keith Harris of Rolling Stone, “Comparing this performance to the versions of ‘Send Me Some Lovin’’ that Sam Cooke and Otis Redding would cut, in their own distinctive styles, shows the different directions that Little Richard’s influence could lead. You can hear traces of his caressed consonants and curlicued vowels in Cooke’s velvety smooth delivery, and when he notches up the intensity it’s like he’s sketching a blueprint for the style of soulfully raggedy pleading that Redding would perfect.”

277. “Have Mercy Baby,” The Dominoes. Songwriters: Billy Ward, Rose Marks; #1 R&B; 1952. If “Have Mercy Baby” sounds like a gospel song, it was. The Dominoes rewrote the spiritual number “Have Mercy Jesus” for this 1952 hit that spent ten weeks at #1 on the R&B charts. In their 1992 book “What Was the First Rock ‘n’ Roll Record?,” authors Jim Dawson and Steve Propes state that “Have Mercy Baby” was “the first popular R&B recording highlighting passionate black gospel music features.” The call and response vocals and request for atonement are certainly straight from the church, but the tenor sax solo may be from the back alley. The song ends with McPhatter comically crying, an affectation he enjoyed so much that he brought it back for the bizarre 1953 teen tragedy hit “The Bells,” which has rightfully been described by music historian Ed Ward as “one of the weirdest records ever.”

276. “House of Blue Lights,” Merrill Moore. Songwriters: Don Raye, Freddie Slack; Did Not Chart; 1953. Ella Mae Morse, the Mansfield, Texas native who was christened “The Cow Cow Girl” by author Nick Tosches, released the first version of the boogie-woogie/Western swing classic “House of Blue Lights,” resulting in a Top Ten single in 1946. It’s been cut by dozens of acts from Chuck Berry to Asleep at the Wheel, but nobody has rocked the song as effectively as Merrill Moore. Moore was a first-rate boogie-woogie pianist and on this record he tickles the ivories in way that must have made Jerry Lee Lewis smile. The pedal steel break keeps the sparks flying, as well. Moore never got the recognition he deserved; he had a long term contract to perform at a San Diego club and kept that commitment versus seeking a national career. Moore, on his regular San Diego sailor joint bar gig, “The band started at 9:00 each night and the fights started at 9:15.”

275. “Hey! La Bas Boogie,” Fats Domino. Songwriter: Dave Bartholomew; Did Not Chart; 1950. This 1950 Fats Domino effort is his most soaked in New Orleans release. Author Rick Coleman digs into the musicology, “’Hey La Bas,’ sung by the mixed-race Creoles of New Orleans at Mardi Gras, became a jazz and Cajun standard. The original chorus of ‘Hey La Bas’ is usually translated as ‘Hey over there, my dear cousin’ (‘mon chere cousin’) and had verses about the voracious appetites of the Creoles, which (though the verses certainly fit him) Domino didn’t use. Though they took co-writing credit on the song, Domino and Bartholomew had different ideas about what the song meant. ‘That was a thing that everybody used to do around here,’ says Fats. ‘Hey over there, bring my car!’ That’s what that means.’ ‘It’s actually just broken French Creole,’ states Dave. ‘Hey la bas’-‘Hey, over there. How you doing over there?’ As New Orleans jazz great Danny Barker recalled, the phrase was a greeting which was used for signifying (musical wordplay). And-as made clear in the song-in the old African tribal call-and-response, the band sings ‘Hey La Bas!’ and the audience shouts it back.”

274. “Oh, Babe,” Louis Prima and Keely Smith Orchestra and Chorus. Songwriters: Louis Prima, Milton Kabak; #12 pop; 1950. Louis Prima, a New Orleans native with Italian American heritage, started his career in 1933 and developed a singular hybrid of jazz, jump blues, and hipster jive. Prima scored a dozen Top 40 singles during his career, with the biggest being the 1935 Louis Armstrong inspired “In a Little Gypsy Tea Room.” His 1950 hit “Oh Babe,” recorded with future wife Keely Smith, sounds like a big band era of rock ‘n’ roll, complete with a wigglin’ and gigglin’ sexual theme. Wynonie Harris, changing little of the song’s arrangement, took “Oh, Babe” to the Top Ten of the R&B charts in 1950.

273. “Little Darlin’,” The Diamonds. Songwriter: Maurice Williams; #2 pop/#2 R&B; 1957. One could argue that both versions of “Little Darlin’” belong on this list. The original version was released by The Gladiolas in 1957 and the clave heavy intro leads into what sounds like a percussion snowstorm throughout the song. (Songwriter and Gladiolas singer Maurice Williams would later find fame fronting the Zodiacs, whose song “Stay” went to #1 on the pop charts in early 1960). The Canadian vocal group The Diamonds, who looked like waiters at a luxury resort, took a decidedly campy approach, making this song the guilty pleasure/silly/catchy “When the Lion Sleeps Tonight” of its era. The production is better on The Diamonds version, which suits the grandiose – “ay-yi-yi-yiiiii/wella wella” – spirit of the tune

272. “Tall Cool One,” The Wailers. Songwriters: John Greek, Richard Dangel, Kent Morrill; #36 pop/#24 R&B; 1959. This Tacoma, Washington act is credited with being one of the first garage/frat rock acts, perhaps due to their cover of “Louie Louie” in 1961 more so than their film noir instrumental “Tall Cool One.” Author Peter Blecha writing on the history of Northwest Rock, “’Scotch on the Rocks’ was the song everyone thought was the potential hit – but its booze-oriented title was deemed inappropriate for the teenage market and it was renamed ‘Tall Cool One’ – a title that could at least be conceivably interpreted as referring to an innocent mug of cold root beer. Musically, ‘Tall Cool One’ featured a jazz-tinged instrumental riff that grooves along until it is utterly overrun by a wailing saxophone squall.” Their record label re-released “Tall Cool One” in 1964 and in the midst of the British Invasion, the song once again reached the lower rungs of the national Top 40 chart.