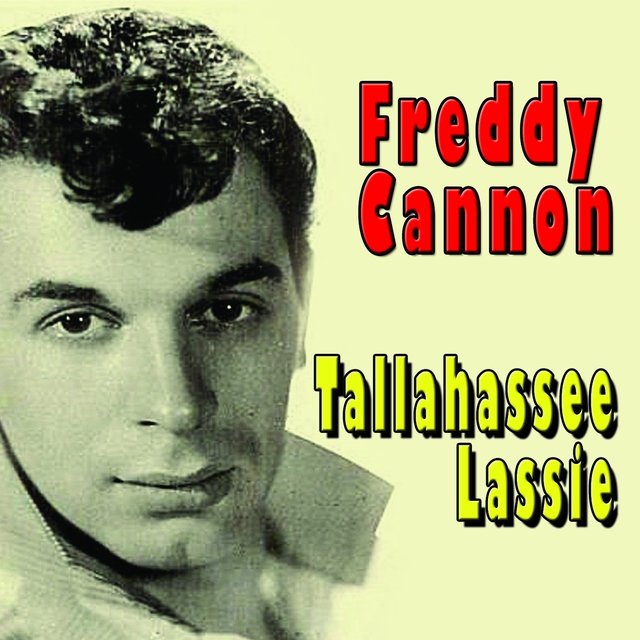 “One mint julep was the cause of it all.”

260. “Pick Me Up on Your Way Down,” Charlie Walker. Songwriter: Harlan Howard; #2 country; 1958. Charlie Walker was the son of a Texas cotton farmer who started his career as a disc jockey while in the service. He started recording in the early 1950s and hit the country Top Ten in 1956 with “Only You, Only You.” “Pick Me Up On Your Way Down” was written by Harlan Howard for Kitty Wells, but was restructured by Ray Price and Ernest Tubb for Walker. Those influences are pronounced on Walker’s record, a benefit to him and the listener. This song became the first of 50 Top Ten country singles written or co-written by Harlan Howard. Meanwhile, Charlie Walker had two more Top Ten hits in the 1960s – “Wild as a Wildcat” and “Don’t Squeeze My Sharmon” (I promise, I’m not making this stuff up) and had a minor role in the 1985 Patsy Cline biopic “Sweet Dreams.” Walker inspiration Ray Price cut a fine cover of “Pick Me Up on Your Way Down” on the 2007 “Last of the Breed” album, a collaboration with Willie Nelson and Merle Haggard.

259. “Tallahassee Lassie,” Freddy Cannon. Songwriters: Bob Crewe, Frank Slay, Frederick Picariello; #6 pop/#17 R&B; 1959. Freddy Cannon remembering his sassy, yet classy, “Tallahassee Lassie,” “One of the things that we were missing was someone to play the guitar solo in the middle of the record. I don’t play lead guitar, I play rhythm guitar. So there was this guy out in the hallway, a young kid named Kenny Paulson. I didn’t know that this guy was on a lot of records (author’s note – to include Dale Hawkins’ “Suzie Q.”). So I approached Kenny and I explained, ‘I’ve got this rock and roll song that we are recording. Do you think you can give us a real rock-oriented guitar solo in the middle of it?’ He said, ‘Well, give me $5.00, and I can probably come up with something’. I had no idea that he was so good. I still think that it was Kenny’s guitar solo that really was ‘the frosting on the cake’ of this record. All of the British artists who fell in love with the record raved about the guitar solo! Rock and roll music is the Rolling Stones. ‘Tallahassee Lassie,’ my first song, is definitely a Rolling Stones (type) record. I mean, that’s their bag. They would have killed it.” Mick and the boys did record a cover version in 1978 that was released in 2011. Jagger, “I left it alone. Didn’t do anything new, except add some handclaps – which is very close to the feel of the original.”

258. “Story Untold,” The Nutmegs. Songwriter: Leroy Griffin; #2 R&B; 1955. The Nutmegs formed in New Haven, Connecticut and the doo wop vocal group scored two R&B hits in 1955, both penned by lead tenor Leroy Griffin, “Ship of Love” and “Story Untold.” The band was quickly Pat Boone’d by The Crew-Cuts, of “Sh-Boom” fame, who covered “Story Untold” for a #16 pop hit. Author Collin Larkin on the two Nutmegs hits, “The songs, with their exotic warbling, are a working definition of ‘rockaballad,’ a valuable term of the era that anticipated the rock ‘n’ roll revolution.” During the early 1960s, a record label executive discovered a set of acappella practice tapes by The Nutmegs. These tapes resulted in a series of singles that were popular on the East Coast, making The Nutmegs a lingering influence in the field of a cappella R&B.

257. “Diddley Daddy,” Bo Diddley. Songwriters: Bo Diddley, Harvey Fuqua; #11 R&B; 1955. Rhythmic genius Bo Diddley (nee Elias Bates) was born in Mississippi, but raised in Chicago, where he began his music career as a blues performer. “Diddley Daddy,” which features Little Walter on harmonica and backing vocals by The Moonglows, was the followup single to his 1955 double-sided #1 hit “Bo Diddley” and “I’m a Man.” Writing in 1986, rock critic Don McLeese stated that “Diddley Daddy,” combined “outrageous braggadocio with a beat that resounds like an endless sexual shudder.” Robert Palmer of the New York Times, “If copyright laws were a little different, Bo Diddley would be a very rich man. In 1955, he wrote and recorded a song called ‘Bo Diddley,’ and it became one of the first rock-and-roll hits. The song had a chunky, novel, irresistible rhythm. In fact, the rhythm was so irresistible that other rock-and-roll artists started using it. They acknowledged the rhythm’s inventor by calling it ‘the Bo Diddley beat.’ But you can’t copyright a rhythm.”

256. “Betty and Dupree,” Chuck Willis. Songwriter: Chuck Willis; #33 pop/#15 R&B; 1958. The Chuck Willis stroll song “Betty and Dupree” has a Chuck Berry type narrative, with young lovers cementing their commitment via a diamond ring purchase. Willis made a loving concept out of what had been a folk song about execution. An early version of “Betty and Dupree” includes the summary, “Dupree was a bandit, he was so brave and bol’/He stoled a diamond ring for some of Betty’s jelly roll.” The fact that the rhythm was essentially the same as the 1957 Willis #1 R&B hit “C.C. Rider” was certainly no accident.

255. “One Night,” Elvis Presley. Songwriters: Dave Bartholomew, Pearl King, Anita Steinman; #4 pop/#10 R&B; 1958. “One Night” was originally released by New Orleans blues singer Smiley Lewis in 1956 with the title “One Night (Of Sin).” The lyrically theme was changed from “one night of sin is what I’m paying for” to “one night with you is what I’m praying for” as Elvis smartly shifted the theme from shame to lust. The Elvis version was recorded in 1957 and released during his stint in the Army. There’s a rawness in the production, perhaps as it wasn’t meant to be a finished product, that allows Elvis to thrive without the competition of strings, horns, or the Jordanaires. Author Patrick Humphries, “The heavily electrified 12-string bar blues benefits from a Presley vocal dripping with lip smacking delights.”

254. “Searchin’,” The Coasters. Songwriters: Mike Lieber, Jerry Stoller; #3 pop/#1 R&B; 1957. “Searchin’” backed with “Young Blood” was a double sided single with two Top Ten hits that broke The Coasters as pop stars. Ritchie Unterberger, “Leiber and Stoller had already written some comic narratives for the Robins and the Coasters, but ‘Searchin’’ had sharper commercial hooks. The linchpin of the arrangement was a herky-jerky rhythm, carried by the almost saloon-ish R&B piano of Stoller. The premise of the lyric was a simple one: someone searching for his girl. But the enactment of it was unorthodox, in that the narrator was determined to find her by looking in the most unlikely places and hiring the top detectives. Lead vocalist Billy Guy sang in a funky jive, making his quest a jaunty good-time one, rather than a desperate anguished endeavor.” Jerry Stoller, “We weren’t aiming for a bigger audience. It just happened, though, that the planet was tilting in our direction.”

253. “(You’ve Got) The Magic Touch,” The Platters. Songwriter: Buck Ram; #4 pop/#4 R&B; 1956. Formed in Los Angeles in 1952, The Platters were one of the first African-American vocal groups who had pop success during the 1950s – “(You’ve Got) The Magic Touch” followed “Only You (And You Alone)” and “The Great Pretender” into the pop Top Ten. While vocal groups like The Coasters were representing the pop culture of their era, songwriter/manager Samuel “Buck” Ram’s vision of The Platters was an extension of earlier singing groups such as The Mills Brothers and The Ink Spots. From the Songfacts website, “Pause for a moment and appreciate the fine crafting of ‘(You’ve Got) The Magic Touch.’ The perfectly-scanning lyrics, neat as a pin. The soaring vocals of lead singer Tony Williams, almost making the microphone swoon before him. The ideal slow-dancing beat.”

252. “One Mint Julep,” The Clovers. Songwriter: Rudy Toombs; #2 R&B; 1952. The Clovers cover the perils of booze on “One Mint Julep” with the lyrics, “I’m through with flirting and drinking whiskey/I got six extra children from a-getting frisky.” One element of the humor that may be lost on modern audiences is that a mint julep was a decidedly Southern aristocrat drink, so The Clovers may have been stealing kisses and drinking with a white woman. From the “I Love Classic Rock” website, “’One Mint Julep’ became one of the first ‘drinking’ songs to ever reach the mainstream. It was the first to feature a tenor sax as well, with the goal of being a top competitor as a rhythm n’ blues group, steering away from The Clovers doo-wop formula. The song’s trilling piano progression and modulated vocal parts adds to the charm of the track as a whole.” Ray Charles took “One Mint Julep” to the Top Ten on the pop charts in 1961.

251. “C.C. Rider,” Chuck Willis. Songwriters: Ma Rainey, Lena Arent; #12 pop/#1 R&B; 1957. “See See Rider Blues” was originally released as a doleful number by Gertrude “Ma” Rainey in 1924. Rainey even threatened to take a shotgun to her cheating man. The title phrase was a variation of “easy rider,” slang for a sexual partner. A 1943 version by Maryland native “Wee” Bee Booze went to #1 on the Billboard “Harlem Hit Parade.” During the rest of Booze’s relatively short career, she was often billed as “The See See Rider Blues Girl,” perhaps not the pithiest title ever bestowed. Chuck Willis restructured the song as a New Orleans stroll, changing the title to “C.C. Rider” in the process, and had his first crossover pop hit in the process. Author Charlie Gillett, “Chuck Willis came in with an easy rocking, high wailing vocal, taking Ma Rainey’s song along a new melody, pausing for a beautifully restrained tenor solo from Gene Barge and then soaring back to the finish.” “C.C. Rider” became a standard – Lavern Baker had an update pop hit with her 1963 release, Mitch Ryder married the tune with “Jenny Takes a Ride” for a 1965 Top Ten single and heavy brass version was a staple of Elvis Presley’s live shows during the 1970s.