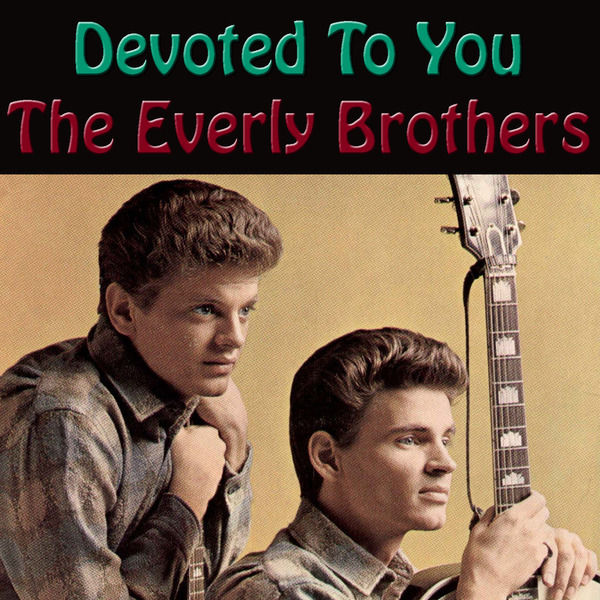 Just trusting in you was my great sin/What can I do, you win again.

219. “Fujiyama Mama,” Wanda Jackson. Songwriter: Earl Burrows; Did Not Chart; 1957. Wanda Jackson, a.k.a. “The Queen of Rockabilly,” was never a major commercial artist in the U.S. After transitioning away from her definitive hard edged rockabilly sound, Wanda Jackson hit the country airwaves regularly from 1961 through the early 1970s – her biggest success was 1961’s countrypolitan “In the Middle of a Heartache,” which peaked at #6. Her politically incorrect, post WWII single “Fujiyama Mama” was penned by Earl Solomon Burroughs, who used the nonpareil pseudonym Jack Hammer. The song had been recorded by blues singer Annisteen Allen and pop musician Eileen Barton before Jackson put her inimitable growl on this dynamite smoking rocker. Despite celebrating the atomic bombs that fell on Nagasaki and Hiroshima, “Fujiyama Mama” was reportedly a #1 hit in The Land of the Rising Sun. Some eruptions deserve a celebration.

218. “You Win Again,” Jerry Lee Lewis. Songwriter: Hank Williams; #95 pop/#4 country; 1958. Jerry Lee Lewis, humbly reflecting on his stature, “Y’know, son, there’s only been four of us: Al Jolson, Jimmie Rodgers, Hank Williams and Jerry Lee Lewis. That’s your only goddamn four stylists that ever lived. We could write, sing, yodel, dance, make love, or what. Makes no damn difference. The rest of these idiots is either ridin’ a damn horse, pickin’ a guitar, or shootin’ somebody in some stupid damn movie.” On the followup single to “Great Balls of Fire,” Lewis covered one of the only three other stylists who had ever lived and had a bigger hit than Hank Williams did, peaking at #4 on the country charts with his doo wop flavored arrangement. Lewis, a relationship expert who would eventually marry seven times, made this cheating number a regular part of his setlist for decades.

217. “Crying, Waiting, Hoping,” Buddy Holly. Songwriter: Buddy Holly; Did Not Chart; 1959. Greil Marcus on this 1959 b-side that was later covered by the Beatles, “The melody describes innocence betrayed. Both the innocence and the betrayal are somehow embodied whole, but the power of each statement comes from the way the combine with each other, the innocence bright and sweet, the betrayal dank and full of rot, the innocent’s shock at the first betrayal, the cold eye the betrayer cast back at the innocent, the innocent now seeing through the eyes of the betrayer, seeing himself, seeing herself. That was the engine of the song, and it was why the song never let go of those who tried to play it.”

216. “Love Me Tender,” Elvis Presley. Songwriters: Vera Matson, Elvis Presley, George R. Poulton (uncredited), Ken Darby (uncredited); #1 pop/#3 country/#3 R&B; 1956. “Aura Lee” was a Civil War ballad about a romantic obsession with a beautiful maiden. Lyricist Ken Darby, uncredited on the record due to the usual music business chicanery, wrote “Love Me Tender” using the melody of “Aura Lee,” then let Elvis do his magic. Darby, “He adjusted the music and the lyrics to his own particular presentation. Elvis has the most terrific ear of anyone I have ever met. He does not read music, but he does not need to. All I had to do was play the song for him once, and he made it his own! He has perfect judgment of what is right for him. He exercised that judgment when he chose ‘Love Me Tender’ as his theme song.”

215. “It Wasn’t God Who Made Honky Tonk Angels,” Kitty Wells. Songwriter: J.D. “Jay” Miller; #27 pop/#1 country; 1952. Kitty Wells was the Queen of Finger Wagging Country Music and the first major female country star since Patsy Montana in the 1930s. A Nashville native, Wells was about to give up on country music when she recorded “It Wasn’t God Who Made Honky Tonk Angels.” Written by swamp pop producer/songwriter J.D. “Jay” Miller with a melody swiped from the Carter Family song “I’m Thinking Tonight of My Blue Eyes,” the morality tale was an answer song to the Hank Thompson hit “The Wild Side of Life.” Like “Hot Rod Race” and the answer song “Hot Rod Lincoln,” this was another case of the answer song having a more lasting impact than the original composition. Kitty Wells’ first hit spent six weeks at #1 on the country charts and crossed over to be a #27 pop hit. The glass ceiling was broken. Loretta Lynn, “She was my hero. If I had never heard of Kitty Wells, I don’t think I would have been a singer myself.”

214. “Devoted to You,” The Everly Brothers. Songwriters: Felice Bryant, Boudleaux Bryant; #10 pop/#7 country/#2 R&B; 1958. The Everly Brothers were raised in Shenandoah, Iowa and performed on their father’s radio program when they were children. In their late teens, the family moved to Tennessee and family friend Chet Atkins assisted The Everly Brothers in getting their first two record deals. In 1958, they released the double sided hit single “Bird Dog” and “Devoted to You.” “Bird Dog” was the bigger hit (#2 pop/#1 country), but “Devoted to You,” the b-side, has a longer shelf life for your ears. From the shimmering guitar intro to the slow paced, peerless close harmonies “Devoted to You” is a love song for the ages. Commercially, a #7 country hit for The Everlys and a #13 pop hit for Carly Simon and James Taylor in 1978. You can’t argue with this Phil Everly statement: “Boudleaux Bryant’s stuff fit us like a glove.”

213. “Dearest Darling,” Bo Diddley. Songwriter: Bo Diddley; Did Not Chart; 1958. “Dearest Darling” is a rarity, a Bo Diddley ballad, although one with a Latin piano riff courtesy of Lafayette Leake. Diddley becomes more obsessively possessive as the song progresses, proclaiming his woman was made by the Lord just for him and then pleading like a money hungry preacher about his need for eternal life with his love. There’s a fine line between devotion and insanity.

212. “16 Candles,” The Crests. Songwriters: Luther Dixon, Allyson Khent; #2 pop/#4 R&B; 1958. The Crests were a racially integrated vocal group that was discovered while singing in a New York City Subway. Rock critic John Bush, “One of the most fondly remembered of doo wop hits, ‘Sixteen Candles; by the Crests possessed the simplistic, amateur feel of many doo wop singles, but was actually produced by a veteran label (Coed) and written by a veteran composer (Luther Dixon, who had hits with the Shirelles and the Platters). The crystalline voice of Johnny Maestro was most of the reason this became a hit, since many of the song’s other elements — the trilling duet of piano and guitar, the pedestrian backing harmonies — hardly pushed it into classics territory.” Johnny Maestro (nee John Peter Mastrangelo) would return to the charts in 1968 as a member of The Brooklyn Bridge, who took the Jimmy Webb composition “Worst That Could Happen” to #3 on the pop charts.

211. “It’s All in the Game,” Tommy Edwards. Songwriters: Carl Sigman, Charles Dawes; #18 pop/#1 R&B; 1951. “It’s All in the Game” started as an instrumental composed by Charles Dawes in 1911 titled “Melody in A Major.” Dawes would later find greater fame as Vice President of the United States under Calvin Coolidge and co-winner of the 1925 Nobel Peace Prize than he did as a songsmith. Brill Building songwriter Carl Sigman added lyrics in 1951 and the song became a pop standard and a #1 single for Virginia native Tommy Edwards in 1958. Edwards had a writing credit on Louis Jordan’s 1946 record “That Chick’s Too Young to Fry,” but sang more like Nat King Cole than a jump blues artist. Edward is largely forgotten figure, despite releasing thirteen Top 40 singles from 1951 to 1960. He passed away due to complications from cirrhosis of the liver at the age of 47, before Americans knew how dangerous it was to drink and croon.