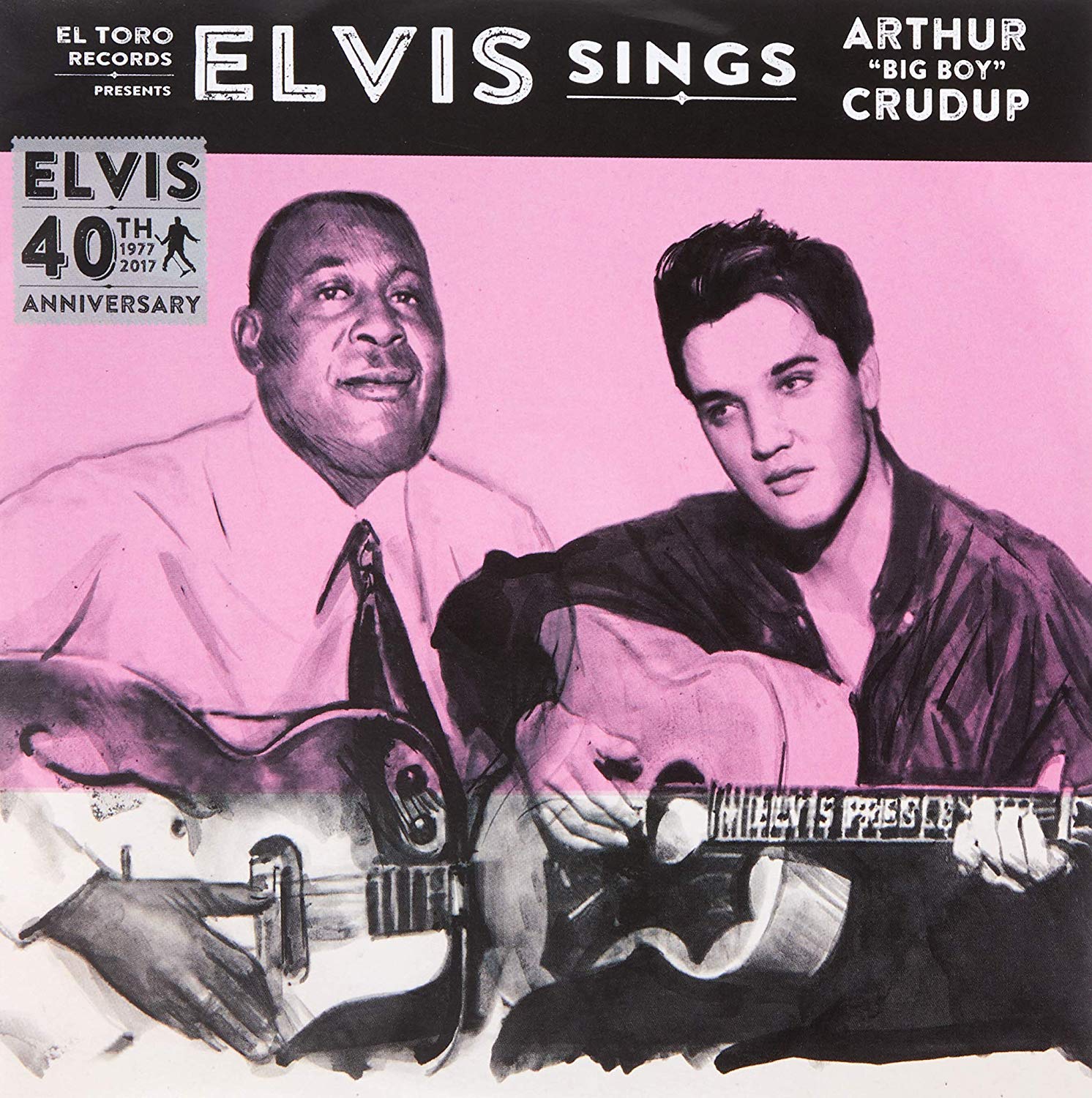 Do you want to dance under the moonlight? Hug me, kiss me, baby, all through the night.

190. “Your Cash Ain’t Nothin’ But Trash,” The Clovers. Songwriter: Jesse Stone; #6 R&B; 1954. No less of an authority than Nick Tosches has described “Your Cash Ain’t Nothin’ But Trash” as a “masterpiece” and “one of the immortal rock ‘n’ roll records.” Songwriter Jesse Stone, who used the pseudonym Charles Calhoun on this record, describing his contribution to the Atlantic Records sound, “I listened to the stuff that was being done by those thrown-together bands in the joints down there (in the South), and I concluded that the only thing that was missing from the stuff we were recording was the rhythm. All we needed was a bass line. So I designed a bass pattern, and it sort of became identified with rock ‘n’ roll – doo, da-DOO, DUM; doo, da-DOO, DUM – that thing. I’m the guilty person that started that.”

189. “Everyday,” Buddy Holly. Songwriters: Buddy Holly, Norman Petty; Did Not Chart; 1957. There’s a few reasons why “Everyday” sounds different than the typical pop song of its era. The first is that drummer Jerry Allison simply slapped his legs, instead of playing the drums, for the percussion sound. Secondly, Vi Petty, the wife of producer Norman Petty, plays a celeste (a keyboard with a glockenspiel-like tone) during the instrumental break. (Parenthetical note for comparison: John Cale played a celeste on The Velvet Underground’s “Sunday Morning.”) Author Ellis Auburn, “Expertly and delicately played, the celeste was the cut’s lead instrument, and its gentle nursery-like chimes would give the record its endearing, soft-textured appeal. Instead of lust and rebellions, the usual ingredients in rock, ‘Everyday’ dwells on the youthful belief that love is right around the corner.”

188. “My Baby Left Me,” Elvis Presley. Songwriter: Arthur Crudup; #31 pop; 1956. Arthur Crudup was a Mississippi born, Chicago based bluesman who wrote “That’s All Right,” “My Baby Left Me,” and “So Glad You’re Mine,” all compositions later recorded by Elvis Presley. Presley didn’t radically alter the Crudup arrangement and Peter Guralnick has called this version, “a vibrant companion piece to the Sun recordings.” As for Crudup, he quickly discovered that businessmen were becoming rich with his music, but his economic condition never changed. He returned to Mississippi and worked as a bootlegger. Presley, “If I had any ambition, it was to be as good as Arthur Crudup.

187. “Do You Want to Dance,” Bobby Freeman. Songwriter: Bobby Freeman; #5 pop/#2 R&B; 1958. Bobby Freeman was a San Francisco singer who had worked in doo wop bands before becoming a pop star with “Do You Want to Dance,” one of the sturdiest songs in pop/rock ‘n’ roll history. Freeman’s original was an unusual sound for its era, taking a Latin beat and bongos to the upper registers of the pop and R&B charts. “Do You Want to Dance,” sometimes titled “Do You Wanna Dance,” was later a hit for Cliff Richard, the Beach Boys, and Bette Midler, besides being memorably covered by The Mamas & the Papas, the Ramones, and John Lennon. Freeman didn’t return to the pop charts until 1964’s “C’mon and Swim,” a dance track co-written and produced by a young Sly Stone. One can assume that despite writing a hit that was heard by several generations of music fans that Freeman wasn’t awash in cash. According to his obituary in the Los Angeles Times, “For nearly two decades, he performed five nights a week at the Condor Club in (San Francisco’s) North Beach, alternating sets with famed topless dancer Carol Doda.”

186. “C’mon Everybody,” Eddie Cochran. Songwriters: Eddie Cochran, Jerry Capehart; #35 pop; 1958. Author James Cosby on this U.K. Top Ten single, “In ‘C’mon Everybody,’ Cochran captures so many teens’ dreams come true: Mom and Dad are out of town. The song is an open invitation to stop caring, have friends over, dance, and get crazy. The wild rockabilly music abruptly stops, giving way to the chorus of four yelled/sung words, in which Cochran effectively captures the essence of the rock and roll movement: ‘Who cares? C’mon everybody!’ And the anarchic fun kicks in again.” Cochran’s influence in the 1970’s punk movement can be heard when listening to this song alongside the Ramones’ “Suzy Is a Headbanger.”

185. “Big Ten Inch Record,” Bull Moose Jackson. Songwriter: Fred Weismental; Did Not Chart; 1952. Benjamin “Bull Moose” Jackson was a Cleveland native who played violin as a child, but switched to saxophone as a teenager. A legitimate R&B star, Jackson topped the charts in 1948 with “I Can’t Go on Without You” and “I Love You, Yes I Do.” His 1948 hit “I Want a Bowlegged Woman” resulted in later material like “Big Fat Mamas Are Back in Style Again” and, his best known contemporary song, “Big Ten Inch Record” – a Dr. Demento staple that Aerosmith covered during the 1970s. Despite the novelty nature of the lyrical theme “(My girl don’t go for smokin’ and liquor just make her flinch/Seems she don’t go for nothin’, ‘cept for MY BIG TEN INCH…Record of a band that plays the blues”), this is a first rate jump blues number. Bull Moose left the music industry and worked in the catering business for most of his life, but returned to the recording studio in the 1980s, releasing the 1985 album “Moose Mania.” Sadly, I’ve yet to hear “Get Off the Table, Mabel” or “(You’re Sittin’ On A) Time Bomb.”

184. “Crazy Arms,” Ray Price. Songwriters: Ralph Mooney, Charles Seals; #27 pop/#1 country; 1956. “Crazy Arms” is an important song for more than one reason. It was the introduction of the Ray Price 4/4 shuffle, with Ray instructing the drummer to pattern his beat in a way that imitated dance steps Price had seen in honky tonks. Steel guitarist Ralph Mooney, who worked with Buck Owens, Merle Haggard, and Waylon Jennings, wrote the country standard in an effort to get his wife back. (Businessman Chuck Seals took a writing credit for pitching the song). Decades after scoring his first #1 single, Price would fondly recall knocking Elvis Presley’s “Heartbreak Hotel” out of the top of the country charts, where it stayed for twenty weeks. Also, whether due to royalties or true love, Ralph Mooney and his wife reconciled.

183. “Number 9 Train,” Tarheel Slim. Songwriter: Bobby Robinson; Did Not Chart; 1959. Allen Bunn’s life journey took him from the North Carolina tobacco fields to singing gospel and pop music (to include performing on The Larks’ “Eyesight to the Blind”), as well as performing rockabilly under the name Tarheel Slim. On “Number 9 Train,” Slim has the blues about his baby riding the rails out of town, but he rocks like Chuck Berry quoting Johnny Cash. Author David Sanjek, “’Number 9 Train’ predicts and parallels the dual guitar jamming that would take hold in England just a few years later by groups like the Yardbirds and the Rolling Stones.” Author Robert Palmer noted that Slim and guitarist Jimmy Spruill were so tight that the distinctions between lead and rhythm melt away in a wash of “clean runs and tremolo shimmer.” Tarheel Slim, who was often pictured smoking a cigarette in publicity photos, died of (ta da!) throat cancer at the age of 53.

182. “Matchbox,” Carl Perkins. Songwriter: Carl Perkins; Did Not Chart; 1957. The concept of being so poor that one’s wardrobe wouldn’t fit into a tiny matchbox wasn’t a new idea in 1957 – Ma Rainey and Blind Lemon Jefferson had voiced that theme during the 1920s. Of course, neither of those recordings included Carl Perkins’ country influenced fingerpicking guitar work or have Jerry Lee Lewis playing boogie-woogie piano. (Johnny Cash and Elvis Presley also happened to be in the studio the day “Matchbox” was recording, leading to the impromptu Million Dollar Quartet session). The Beatles covered several of Perkins’ records to include “Matchbox” in 1964. George Harrison was a particularly inspired fan, once noting that if it weren’t for Perkins, he may have never picked up a guitar.

181. “Only You (And You Alone),” The Platters. Songwriter: Buck Ram; #5 pop/#1 R&B; 1955. Herb Reed of the Platters on the arrangement of “Only You,” “We tried it so many times, and it was terrible. One time we were rehearsing in the car … and the car jerked. (Lead singer) Tony (Williams) went ‘O-oHHHH-nly you.’ We laughed at first, but when he sang that song—that was the sign we had hit on something.” “Only You” was the first hit for the Platters and a template for the sound for the next several years. From the Rock and Roll Hall of Fame website, “The Platters’ sound was crisp, clear and, above all, understandable. They specialized in adult ballads and soulful renditions of pre-rock standards.” You can almost envision the arm of singer Tony Williams reaching through your stereo speaker as he beckons his love to change his destiny.”