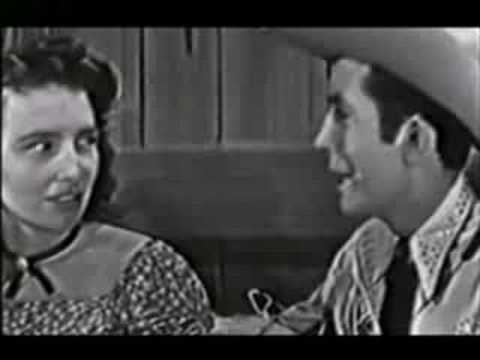 ’ll plant you now and dig you later.

100. “Tipitina,” Professor Longhair. Songwriter: Roy Byrd; Did Not Chart; 1953. While Fats Domino was creating a mainstream rock ‘n’ roll sound out of New Orleans’ musical gumbo, Roy Byrd (a.k.a., Professor Longhair) created an off-kilter funk that would later be expanded upon by Dr. John and The Meters. Author Tony Russell, expanding on that point, “The vivacious rhumba-rhythmed piano blues and choked singing typical of Fess were too weird to sell millions of records; he had to be content with siring musical offspring who were simple enough to manage that, like Fats Domino or Huey ‘Piano’ Smith. But he is also acknowledged as a father figure by subtler players like Allen Toussaint and Dr. John.” “Tipitina” is accessible and mysterious at the same time, proudly displaying the artist’s eccentricity. From the Rock and Roll Hall of Fame website, “The hum-along nonsense syllables and stutter stepping left-hand rhythm of ‘Tiptina’ is both a symbol and staple of New Orleans music.” Author Ryan Whitney on this Rosetta Stone moment, “With its syncopated rhythms, rollicking blues piano – famously dubbed boogie-rhumba – hints of gospel and one-of-a-kind vocals (such as ‘oola malla walla dalla’), the song became the model for all New Orleans piano rock that would ensue.”

99. “Too Much Monkey Business,” Chuck Berry and his Combo. Songwriter: Chuck Berry; #4 R&B; 1956. On this 1956 R&B hit, Berry notes how powerless we are in many situations, but reduces his “botheration” by withdrawing from any monkey business. Rolling Stone magazine, “In his mind, everything was a hassle – work, shopping, dating, school, war, work again – and he laid each nuisance out smartly in concise proto-raps before kicking into the song’s memorable chorus.” This simple concept, about trying to avoid irritations from The Man, had an amazing impact with covers by The Kinks, The Hollies, the Yardbirds, Elvis Presley, Leon Russell, and The Beatles, among others. Also, Bob Dylan admittedly drew inspiration from “Too Much Monkey Business” for “Subterranean Homesick Blues.” Best cover – Sleepy LaBeef. He sounds like a lion playing with a kitten before eating it.

98. “I Can’t Help It (If I’m Still in Love with You),” Hank Williams. Songwriter: Hank Williams; #2 country; 1951. Walking can be hazardous to your health. On this number, Hank strolls by a former lover who is with another man and falls to pieces. George Jones, “Its lyrics couldn’t be more simple – or profound.” Originally the b-side to “Howlin’ at the Moon,” “I Can’t Help It” became the bigger hit. Linda Ronstadt won a Grammy for her version, with vocal support by Emmylou Harris, from her 1974 double platinum, #1 album “Heart Like a Wheel.” Like Hank’s original, Ronstadt’s take on “I Can’t Help It” peaked at #2 on the country charts.

97. “Ain’t That a Shame,” Fats Domino. Songwriters: Fats Domino, Dave Bartholomew; #10 pop/#1 R&B; 1955. Domino was rocking away his blues, with perhaps no small tinge of sarcasm, on “Ain’t That a Shame,” which was a #1 single in 1955 for wildman Pat Boone who suggested changing the title to “Isn’t That a Shame.” Rock critic Bill Dahl, “In conjunction with his producer Dave Bartholomew, Domino enjoyed a nonstop string of smashes dating back to 1950 on the R&B charts and once white teens picked up on the non-threatening, rotund Crescent City piano man with the rollicking band, Domino was suddenly a rock & roll star of the first magnitude. ‘Ain’t That a Shame’ was the tune that propelled him into the pop arena once and for all; not appreciably different from a number of other waxings from the same timeframe by the Creole-inflected pianist, its stop-time breaks, a strong mid-tempo rhythm, and a hearty tenor sax break by longtime bandsman Herb Hardesty framed Domino in precisely the correct manner to entice a new demographical influx.” Cheap Trick returned “Ain’t That a Shame” to the Top 40 in 1979 with a live version arranged to be a showcase for drummer Bun E. Carlos.

96. “Ready Teddy,” Little Richard. Songwriters: John Marascalco, Robert Blackwell; #44 pop/#8 R&B; 1956. Greil Marcus, no stranger to hyperbole, “’Good Golly Miss Molly’ and ‘True Fine Mama’ sound as anomalous, as Martian, in 1984 as they did in 1958. But ‘Ready Teddy’ (1956), which is a better song, a better text, better written, takes place on another level. It is the whole body—forget the mouth, we’re in the lungs, the legs. It’s not a performance: it’s an event, one of those events that took place even before the birth of language, like death.” In another text, Marcus referred to “Ready Teddy” as “the most musically extreme record of its time.” It is a bopper.

95. “I Got a Rocket in My Pocket,” Jimmy Lloyd. Songwriters: Jimmy Logsdon, Vic McAlpin; Did Not Chart; 1957. Kentucky native Jimmy Logsdon performed country music and worked as a deejay in the Louisville area during the mid-1950s. When he decided to cut a rockabilly single for Roulette Records, he used the pseudonym “Jimmy Lloyd,” not wanting to ruffle his base country audience, no matter how small that may have been. Floyd Cramer, famed Nashville session musician and short lived pop star with the 1960 hit “Last Date,” contributed dexterous piano work on “I Got a Rocket in My Pocket,” while Logsdon noted that his rocket was a walking lit fuse. Logsdon’s humorous look at lust was included in the soundtrack of the 1983 film “The Right Stuff” and the 1999 animated sci-fi flick “The Iron Giant.” The song has become a long time concert favorite of NRBQ, allowing pianist Terry Adams to display his jazz meets boogie woogie chops.

94. “Jump, Jive an’ Wail,” Louis Prima. Songwriter: Louis Prima; Did Not Chart; 1956. Louis Prima displayed his trademark energy on the swing-meets-rock-meets-jump blues “Jump, Jive an Wail,” a song that the Brian Setzer Orchestra revitalized in the late 1990s. Author Charles Waring, “Come the 1950s, the astute Prima left big-band swing music behind for a small group sound that drew on black rhythm ’n’ blues for inspiration. This became the stylistic blueprint for (his 1956 album) ‘The Wildest!,’ whose rabid jump blues style (indebted to another Louis – Louis Jordan) is a precursor to rock ’n’ roll (interestingly, rock ’n’ roll architect, Elvis Presley, once attributed his controversial hip-shaking moves to Prima). ‘Jump, Jive An’ Wail’ is a proto-rock ’n’ roll tune that hurtles along like a runaway train and showcases the instrumental prowess of Prima’s backing band, Sam Butera & The Witnesses. As infectious as a deadly zombie virus.”

93. “Twilight Time,” The Platters. Songwriters: Morty Nevins, Al Nevins, Artie Dunn, Buck Ram; #1 pop/#1 R&B; 1958. An instrumental version of “Twilight Time” first hit the pop charts in 1944. Recorded by The Three Suns, the primary instruments are an organ and an accordion, a decidedly odd sound. Les Brown had an instrumental hit version the following year and Jimmy Dorsey and His Orchestra, with singer Teddy Walters, released the first version with vocals in 1945. For the Platters version, the confident vocals by Tony Williams reinforce the ethereal beauty of the lyrics. Author Amy Longsdorf on the group’s magic touch, “The Platters perfected a smooth variation on the doo-wop style. Gospel harmonies were juggled and tightened into triplets, voices and instruments flowed in tight-knit patterns until they were allowed to reach a velvety, dramatic crescendo. Lead singer Tony Williams often stretched a single syllable over several notes – a technique that endowed even the most prosaic love song with a soulful depth.”

92. “Down in the Alley,” The Clovers. Songwriter: Jesse Stone; Did Not Chart; 1957. In the annals of rock ‘n’ roll history, there may not be a more poetic lyric than, “I’ll plant you now and dig you later/’Cause you’re a fiiiiiine sweet potato.” The opening line, “Changety changety changety changety chang chang!,” was a replication of the Elmore James’ guitar line from “Dust My Broom” turned into vocals. Author Larry Birnbaum has suggested that the melody for “Down in the Alley” was taken from the 1928 Leroy Carr song “How Long – How Long Blues.” However, what stands out the most is the pure musical and vocal sexual certitude, as the narrators announce, “Down in the alley, just you and me/We’re going ballin’ til half past three.” Lieber and Stoller would give them a comedy hit in 1959 with “Love Potion No. 9,” but these men were at home in rock ‘n’ roll’s dark passageways.

91. “If You’ve Got the Money (I’ve Got the Time),” Lefty Frizzell. Songwriter: Lefty Frizell, Jim Beck; #1 country; 1950. On Lefty’s first single/signature tune, he displays an upbeat mood and a love for the honky tonk lifestyle on this transactional view of romance. Hank Williams took immediate notice, telling Lefty, “It’s good to have a little competition. Makes me realize that I’ve got to work harder than ever, and, boy, you’re the best competition I’ve ever had.” Rolling Stone, “Arkansas-bred Frizzell had a gentle drawl that made even his rowdiest songs go down sweet. His debut single – covered by George Jones, Merle Haggard, and Willie Nelson – taught an entire generation of country vocalists how to sing.” Speaking of Willie, Nelson returned “If You’ve Got the Money, I’ve Got the Time” to #1 on the country charts in 1976.