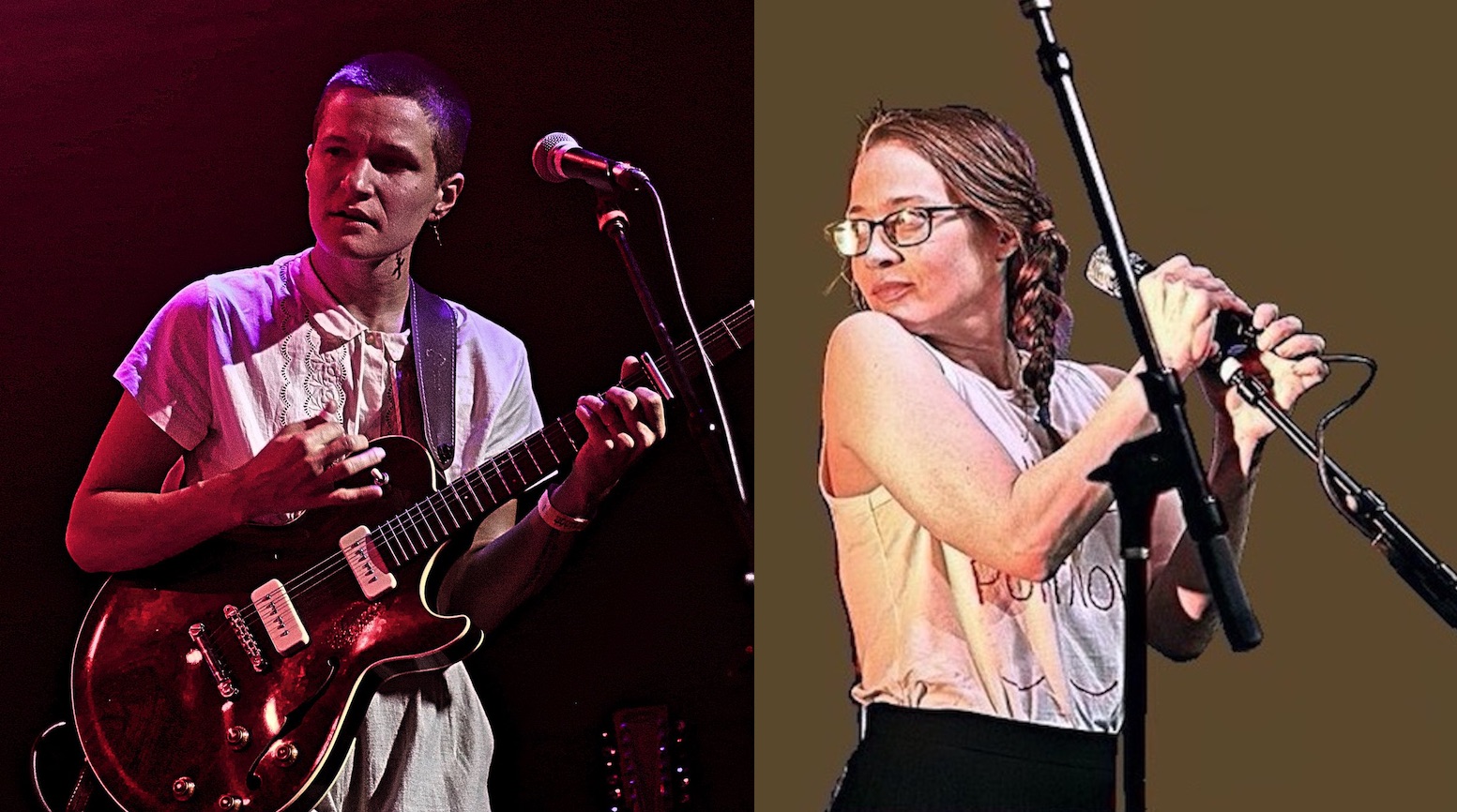 The 2021 Grammys nominations are here, and, this year, I am a bit more interested in the results because I actually care about some of the artists nominated.

Black Pumas have received a nomination for Record Of The Year and Album Of The Year, and I am happy for them even though they probably have little chance against Billie Eilish, Beyonce, or Megan Thee Stallion (Record Of The Year), or against Taylor Swift’s ‘Folklore’ (Album Of The Year). This is nevertheless a great accomplishment for this young band, I saw them at Amoeba last year, and they made a big impression on the relatively thin crowd at the time. They have soulful tunes, they performed with sincerity and a real connection with the crowd. However, ‘Folklore’ will probably win.

Plenty of categories seem redundant but it’s a huge year for women: Megan Thee Stallion, Beyonce, Taylor Swift, Phoebe Bridgers, Fiona Apple, Billie Eilish, Doja Cat, Dua Lipa, Brittany Howard, HAIM are the names that come back several times, but I am especially rooting for Fiona Apple whose album ‘Fetch the Bolt Cutters’ deserves every award it is nominated for (Best Rock Performance, Best Rock Song, Best Alternative Music Album). The amazing Adrianne Lenker and her band Big Thief is also nominated for 2 categories (Best Rock Performance, Best Rock Song), and the somewhat overrated Phoebe Bridgers is nominated for no less than 4 categories (Best New Artist, Best Rock Performance, Best Rock Song, and Best Alternative Music Album). She may get the Best New Artist Grammy and more, but she better not robs Fiona from winning the Grammy for Best Alternative Music Album. Unfortunately, Phoebe Bridgers may get several Grammys because everyone loves her so much for some reason, probably because she tries so much to be this indie sad girl.

As for the Song of The Year, I would say it will be either Billie Eilish or Swift’s Cardigan song, but I don’t really care. Fiona or Adrianne should win for Best Rock Song, although Fiona should have been nominated for Album of the Year. She wrote the most original music I have heard for a long time, so ‘Shameika’ should win the Best Rock Song Grammy. it’s such a surprising work that, as the image of the entire album, brings new surprises at every listening. Meanwhile, ‘Kyoto’ is more boring each time I listen to it.

There is a good selection in the Best Rock Album category, but the Strokes have the perfect title for this year, ‘The New Abnormal,’ while Free Nationals (Anderson .Paak’s band) should win the Best Progressive R&B Album Grammy.

The least interesting category (to me) has to be Best Dance Recording (Diplo, Flume…) unless it is the Best Country Solo Performance (Eric Church, Vince Gill, Miranda Lambert,…). As for the Best Dance/Electronic Album category, I vaguely recognize some names, but I remember a half set of Kaytranada at Las Vegas’ Intercept festival last year. Finally, I can’t believe Kanye is nominated in the Best Contemporary Christian Music Album category, but it totally makes sense.

Here are the details of the 84 categories, but let me insist, go Fiona!

GENERAL FIELD
1. Record Of The Year
Award to the Artist and to the Producer(s), Recording Engineer(s) and/or Mixer(s) and mastering engineer(s), if other than the artist.

2. Album Of The Year
Award to Artist(s) and to Featured Artist(s), Songwriter(s) of new material, Producer(s), Recording Engineer(s), Mixer(s), and Mastering Engineer(s) credited with at least 33% playing time of the album, if other than Artist.

3. Song Of The Year
A Songwriter(s) Award. A song is eligible if it was first released or if it first achieved prominence during the Eligibility Year. (Artist names appear in parentheses.) Singles or Tracks only.

4. Best New Artist
This category recognizes an artist whose eligibility-year release(s) achieved a breakthrough into the public consciousness and notably impacted the musical landscape.

EVERYTHING I WANTED
Billie Eilish

RAIN ON ME
Lady Gaga with Ariana Grande

10. Best Dance/Electronic Album
For vocal or instrumental albums. Albums only.

CHRONOLOGY OF A DREAM: LIVE AT THE VILLAGE VANGUARD
Jon Batiste

THE IN-BETWEEN
In This Moment

14. Best Rock Song
A Songwriter(s) Award. Includes Rock, Hard Rock, and Metal songs. A song is eligible if it was first released or if it first achieved prominence during the Eligibility Year. (Artist names appear in parentheses.) Singles or Tracks only.

THE NEW ABNORMAL
The Strokes

WONDER WHAT SHE THINKS OF ME
Chloe X Halle

ANYTHING FOR YOU
Ledisi

19. Best R&B Song
A Songwriter(s) Award. A song is eligible if it was first released or if it first achieved prominence during the Eligibility Year. (Artist names appear in parentheses.) Singles or Tracks only.

IT IS WHAT IT IS
Thundercat

RAP
22. Best Rap Performance
For a Rap performance. Singles or Tracks only.

23. Best Melodic Rap Performance
For a solo or collaborative performance containing both elements of R&B melodies and Rap.

HIGHEST IN THE ROOM
Travis Scott

24. Best Rap Song
A Songwriter(s) Award. A song is eligible if it was first released or if it first achieved prominence during the Eligibility Year. (Artist names appear in parentheses.) Singles or Tracks only..

Stick That In Your Country Song
Eric Church

WHO YOU THOUGHT I WAS
Brandy Clark

WHEN MY AMY PRAYS
Vince Gill

SOME PEOPLE DO
Old Dominion

28. Best Country Song
A Songwriter(s) Award. A song is eligible if it was first released or if it first achieved prominence during the Eligibility Year. (Artist names appear in parentheses.) Singles or Tracks only.

YOUR LIFE IS A RECORD
Brandy Clark

31. Best Improvised Jazz Solo
For an instrumental jazz solo performance. Two equal performers on one recording may be eligible as one entry. If the soloist listed appears on a recording billed to another artist, the latter’s name is in parenthesis for identification. Singles or Tracks only.

ON THE TENDER SPOT OF EVERY CALLOUSED MOMENT
Ambrose Akinmusire

THE INTANGIBLE BETWEEN
Orrin Evans And The Captain Black Big Band

SONGS YOU LIKE A LOT
John Hollenbeck With Theo Bleckmann, Kate McGarry, Gary Versace, And The Frankfurt Radio Big Band

35. Best Latin Jazz Album
For vocal or instrumental albums containing at least 51% playing time of newly recorded material. The intent of this category is to recognize recordings that represent the blending of jazz with Latin, Iberian-American, Brazilian, and Argentinian tango music.

36. Best Gospel Performance/Song
This award is given to the artist(s) and songwriter(s) (for new compositions) for the best traditional Christian, roots gospel, or contemporary gospel single or track.

GOSPEL ACCORDING TO PJ
PJ Morton

RUN TO THE FATHER
Cody Carnes

ALL OF MY BEST FRIENDS
Hillsong Young & Free

HOLY WATER
We The Kingdom

WHAT CHRISTMAS REALLY MEANS
The Erwins

45. Best American Roots Performance
For new vocal or instrumental American Roots recordings. This is for performances in the style of any of the subgenres encompassed in the American Roots Music field including Americana, bluegrass, blues, folk, or regional roots. Award to the artist(s).

I REMEMBER EVERYTHING
John Prine

46. Best American Roots Song
A Songwriter(s) Award. Includes Americana, bluegrass, traditional blues, contemporary blues, folk, or regional roots songs. A song is eligible if it was first released or if it first achieved prominence during the Eligibility Year. (Artist names appear in parentheses.) Singles or Tracks only.

WORLD ON THE GROUND
Sarah Jarosz

ALL MY DUES ARE PAID
Frank Bey

YOU MAKE ME FEEL
Don Bryant

HAVE YOU LOST YOUR MIND YET?
Fantastic Negrito

UP AND ROLLING
North Mississippi Allstars

THANKS FOR THE DANCE
Leonard Cohen

SONG FOR OUR DAUGHTER
Laura Marling

IT ALL COMES BACK TO LOVE
Maxi Priest

GOT TO BE TOUGH
Toots & The Maytals

ONE WORLD
The Wailers
GLOBAL MUSIC

55. Best Children’s Music Album
For albums containing at least 51% playing time of new musical or spoken word recordings that are created and intended specifically for children.

ALL THE LADIES
Joanie Leeds

BE A PAIN: AN ALBUM FOR YOUNG (AND OLD) LEADERS
Alastair Moock And Friends

I’M AN OPTIMIST
Dog On Fleas

ACID FOR THE CHILDREN: A MEMOIR
Flea

I LOVE EVERYTHING
Patton Oswalt

59. Best Compilation Soundtrack For Visual Media
Award to the artist(s) and/or ‘in studio’ producer(s) of a majority of the tracks on the album. In the absence of both, award to the one or two individuals proactively responsible for the concept and musical direction of the album and for the selection of artists, songs, and producers, as applicable. Award also goes to appropriately credited music supervisor(s).

A BEAUTIFUL DAY IN THE NEIGHBORHOOD
(Various Artists)

60. Best Score Soundtrack For Visual Media
Award to Composer(s) for an original score created specifically for, or as a companion to, a current legitimate motion picture, television show or series, video games, or other visual media.

61. Best Song Written For Visual Media
A Songwriter(s) award. For a song (melody & lyrics) written specifically for a motion picture, television, video games, or other visual media, and released for the first time during the Eligibility Year. (Artist names appear in parentheses.) Singles or Tracks only.

62. Best Instrumental Composition
A Composer’s Award for an original composition (not an adaptation) first released during the Eligibility Year. Singles or Tracks only.

63. Best Arrangement, Instrumental or A Cappella
An Arranger’s Award. (Artist names appear in parentheses.) Singles or Tracks only.

THE MISSING LINK: HOW GUS HAENSCHEN GOT US FROM JOPLIN TO JAZZ AND SHAPED THE MUSIC BUSINESS
Colin Hancock, album notes writer (Various Artists)

70. Producer Of The Year, Non-Classical​

FLYING LOTUS
• It Is What It Is (Thundercat) (A)

DO YOU EVER (RAC MIX)
RAC, remixer (Phil Good)

72. Best Immersive Audio Album
Due to the COVID-19 pandemic, the Best Immersive Audio Album Craft Committee was unable to meet. The judging of the entries in this category has been postponed until such time that we are able to meet in a way that is appropriate to judge the many formats and configurations of the entries and is safe for the committee members. The nominations for the 63rd GRAMMYs will be announced next year in addition to (and separately from) the 64th GRAMMY nominations in the category

74. Producer Of The Year, Classical
A Producer’s Award. (Artist names appear in parentheses.)

75. Best Orchestral Performance
Award to the Conductor and to the Orchestra.

81. Best Classical Compendium
Award to the Artist(s) and to the Album Producer(s) and Engineer(s) of over 51% playing time of the album, if other than the artist.

82. Best Contemporary Classical Composition
A Composer’s Award. (For a contemporary classical composition composed within the last 25 years, and released for the first time during the Eligibility Year.) Award to the librettist, if applicable.