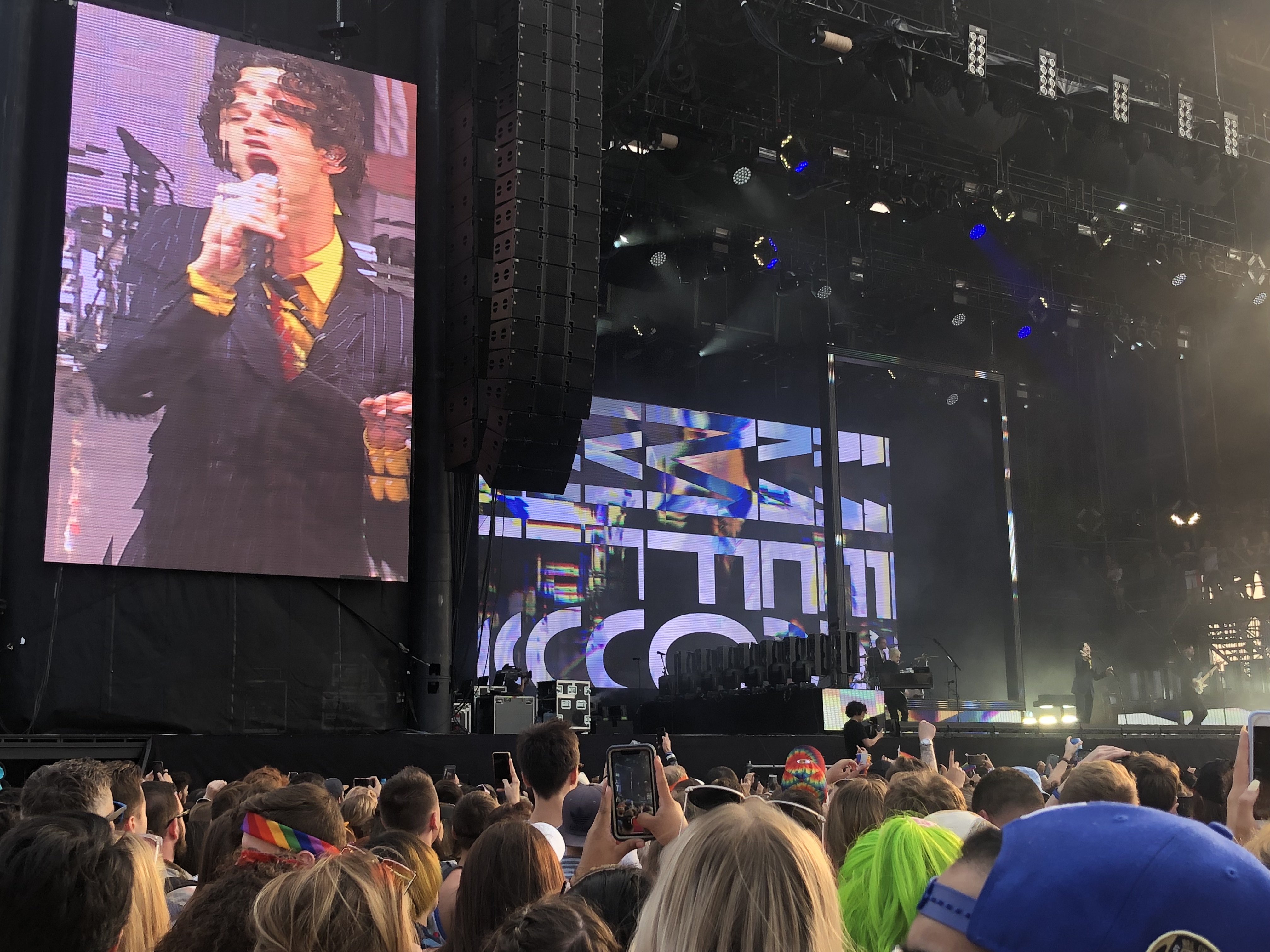 The 1975 have a bad rep, Matt Healy is a bad boy rocker for dummies, and for all the band’s much vaulted reputation as an old school rock meets electronic band of the first order, they can be a little on the despised side. Including Saturday’s Governors Ball show, I’ve seen them three times and they were great twice, and never more than this astonishingly enjoyable early evening set.

On record, The 1975 can wander,  but in person they are a viral, populist pleasure with a setlist filled to overflow with ace material and singalongs, only a small dip around the midway point, and Matt Healy who knows enough about the make up of his audience to claim that “The future is dependent upon the empowerment of women”.

Opening with one of their “The 1975,” they split the 50% off the current album and 50% off the first two. I wasn’t crazy about the latest, A Brief Inquiry Into Online Relationships, for sure it improved live, with the apocalyptic “Love It f We Made It,” a wondrous horrorshow and “I Always Wanna Die (Sometimes)” the singalong of your favorite nightmares.

With two teen girls as my companions, Juliet, Marie, and I dashed from King Princess and pushed our way closer than the halfway mark. It was worth the struggle as Matt, dapper in a yellow shirt, red, public school boy tie, and pinstriped suit, was the epitome of a rock star. He lead the band from one height to height. The man can move his feet, he can play guitar (in a rare solo), and he can speak to the audience members.

A drink in his hand, Matt knew what was what, he treated his audience with immense respect, and The well paced, extremely enjoyable evening was a testament to the local (my local, born minutes away from where I was in Bramhall, England), boys skills as students of Britrock, a Blur without the brooding Damon to rain on your parade. By the end, everybody was singing along to “The Sound” and the evening was a rousing success. If the mission was to remind us why they were such a beloved band, mission accomplished.