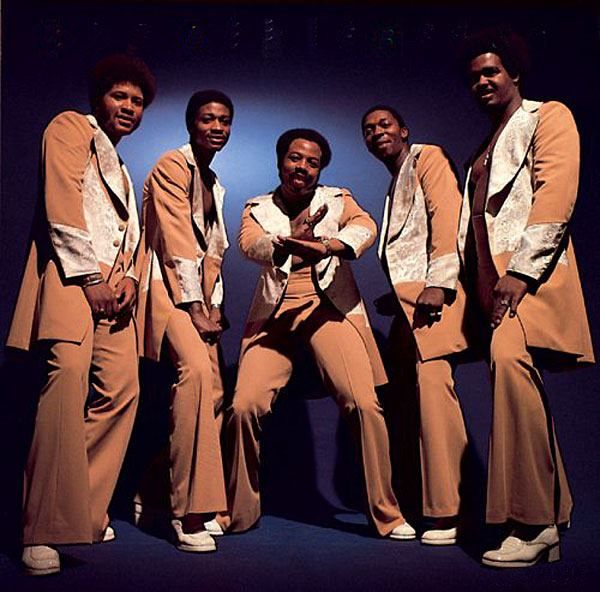 950. “You Are Everything,” The Stylistics. Songwriters: Thom Bell, Linda Creed; #9 pop/#10 R&B; 1971. “You Are Everything,” a statement of all consuming love, was the first major hit for The Stylistics. It had more of a traditional vocal group arrangement than their later material than was built around lead singer Russell Thompkins Jr. Producer Thom Bell created an unusual sound for “You Are Everything,” using an electric sitar as the lead instrument and having it float on top of a lush bed of strings. In this case, the ability and style of the producer was as important as the song. Russell Thompkins Jr. in 2018, “To put it in a nutshell, he’s responsible for everything that’s happened to me in my career. He helped me in knowing my vocal range, finding the best way to sing a song. Everyone was his instrument. It didn’t matter if you were a singer, a trombonist or a studio engineer. You were part of his construction.”

949. “Seven Year Ache,” Rosanne Cash. Songwriter: Rosanne Cash; #22 pop/#1 country; 1981. Rosanne Cash was born into the music business. She started performing with her father in the mid-1970s and released her first album in 1978. After being signed by Columbia Records, she had three minor country hits from her 1980 “Right or Wrong” album. The title track to her 1981 release “Seven Year Ache” provided Rosanne with her breakthrough hit and signature song. Her first #1 country single was a self-penned heartbreaker about a husband chasing tail on the bar scene instead of communicating with his wife. Even with the weird, cascading steel guitar sound, this was Cash’s only hit to crossover to the pop charts (peaking at #22). Her marriage to producer Rodney Crowell outlasted the seven year ache by half a decade. Rock critic Thom Yurek on the “Seven Year Ache” album, “Rosanne Cash’s masterpiece paved the way for Garth Brooks, Shania Twain, Mary Chapin Carpenter, Shawn Colvin, and then some. Proclaimed by Cash and her husband/producer/collaborator, Rodney Crowell, as ‘punktry,’ the album adds an entirely new twist on the Nashville sound. Perhaps it is because this is L.A. country and reflects the cocaine bliss in the sound of the era as well as Fleetwood Mac’s ‘Tusk’ does.”

948. “Girls Talk,” Dave Edmunds. Songwriter: Elvis Costello; Did Not Chart; 1979. Like Nick Lowe’s 1979 album “Labour of Lust,” Dave Edmunds’ 1979 album “Repeat When Necessary” was recorded by the band Rockpile, before the group could legally use that name for their own album in 1980. Unlike many acts in the punk/new wave movement, Edmunds was a known quantity to U.K. music fans and this song of gossip, given to Edmunds by Costello “in a moment of drunken bravado,” was a Top Five U.K. hit. While Costello would later deliver the tune with his trademark invective, Edmunds sounds delighted just to be included in a female conversation. Edmunds, “Elvis came to the studio one day, and he said, ‘I’ve got a song for you.’ And he gave me a cassette. Now, it wasn’t very good – it was just him on a guitar, and he was rushing through it at a furious pace. At first I couldn’t see it. I really liked the complete new arrangement and feel that I put to it. I’m not sure Elvis liked it, mind you. He’s quite an intense person and he’s quick to point out things that he doesn’t like.”

947. “Saturday Night’s Alright for Fighting,” Elton John. Songwriters: Elton John, Bernie Taupin; #12 pop; 1983. Pop star/piano man Elton John didn’t exactly sound like a legitimate tough guy on this romanticized remembrance of youthful fistfights and drinking, but the hostile power chords provided all the necessary aggression. This is Elton’s best rocker. Lyricist Bernie Taupin, “Over the years you tend to invent your own myths about songs because you feel it’s necessary to come up with a reason why you wrote a certain song. It’s been said on so many occasions that ‘Saturday Night’s Alright for Fighting’ relates to my English past. People says, ‘Oh, Bernie wrote it about a pub he used to hang out and get into fights at.’ It’s quite possible there’s a germ of truth in that.”

946. “Black Steel in the Hour of Chaos,” Public Enemy. Songwriters: Carl Ridenhour, Hank Shocklee, Eric “Vietnam” Sadler, William Drayton; #86 R&B; 1988. Music journalist Stevie Chick, “The Bomb Squad (production team) stripped back the noise to bare, powerful elements here, ceding the foreground to Chuck’s voice spinning a tale of prison rebellion that unfolds like an action movie. Over a needling, loose piano loop (lifted from the Isaac Hayes’ song Hyperbolicsyllabicsesquedalymistic’), Chuck narrates the escape of a prisoner serving time for rejecting his draft notice and refusing to fight for ‘a land that never gave a damn about a brother like me … I’m a black man/And I could never be a veteran.’” Producer Hank Shocklee, “The track felt menacing but it didn’t have enough tension, so I decided to take the piano loop and run it backwards. Whoa! That gave it the tension it needed and it almost made it electric. Chuck had written for it was the most amazing piece of poetry that I have heard from anybody.” All too true life lesson: the suckers have authority. (I once edited the Wikipedia entry on this song to change the narrator from being a “draft dodger” to being a “conscientious objector” and have rarely felt better about a personal accomplishment.)

945. “Jealous Guy,” John Lennon. Songwriter: John Lennon; Did Not Chart; 1971. Befitting a former Beatle, there are multiple theories on the inspiration of this song – jealousy of Paul McCartney’s popularity, an apology to Yoko, a blanket statement for everyone that he had ever hurt, etc. John Lennon in 1980, “The lyrics explain themselves clearly: I was a very jealous, possessive guy. Toward everything. A very insecure male. A guy who wants to put his woman in a little box, lock her up, and just bring her out when he feels like playing with her. She’s not allowed to communicate with the outside world – outside of me – because it makes me feel insecure.” It really doesn’t matter who was the intended recipient, this ballad of atonement works due to Lennon’s vocals that display the fragility of a tough guy who has lost his protective armor. Roxy Music had a U.K. #1 single with their 1981 cover version.

944. “Orgasm Addict,” Buzzcocks. Songwriters: Pete Shelley, Howard Devoto; Did Not Chart; 1977. Inspired by the Sex Pistols, the Buzzcocks formed in Manchester, England in 1976. Unlike Johnny Rotten’s crew, the Buzzcocks were apolitical – they throttled out a particularly tuneful brand of punk rock with clever lyrics, often about romance. “Orgasm Addict,” their debut single, was so offensive that their own label refused to press copies of the record and it was banned by the BBC. Pete Shelley would state that the song made him “shudder” with embarrassment in later years, but teenage boyhood sexual obsession has never been so brazenly addressed. My favorite line: “You’re making out with school kids, winos, and heads of state.”

943. “Don’t Leave Me This Way,” Thelma Houston. Songwriters: Kenneth Gamble, Leon Huff, Cary Gilbert; #1 pop; 1977. “Don’t Leave Me This Way” was penned by the Philadelphia songwriting/production team of Kenneth Gamble and Leon Huff, with lyrics by Cary Gilbert, and was originally recorded by Harold Melvin & the Blue Notes in 1975. Thelma Houston, no relation to Whitney, was part of the gospel group the Art Reynolds Singers and transitioned to secular music when she became a solo act in the late 1960s. While Teddy Pendergrass did a pleading take of “Don’t Leave Me This Way” as the lead singer of the Blue Notes, Houston’s version was more of a demand than a request. Houston in 2019 on her song of romantic determination, “What I really like are the stories when people tell me how the song has affected them. It makes you happy when it still has meaning in somebody’s life.” Although she never had another major hit, “Don’t Leave Me This Way” will forever be a high water mark of the disco era. Side note: you could bounce like a trampoline off of Henry Davis’s bass notes on this record.

942. “Sick of Myself,” Matthew Sweet. Songwriter: Matthew Sweet; #58 pop; 1995. Mathew Sweet worked with a slew of NYC guitar gods during the 1990s, including Lloyd Cole, Robert Quine, Richard Lloyd, and Ivan Julian. Lloyd, best known as founding member of Television, almost reached Top Forty radio with his work on the meaty power pop rocker “Sick of Myself.” Rock critic Matthew Greenwald, “Opening with a series of righteous Who-like power chords, ‘Sick of Myself’ shows off Matthew Sweet’s strength in writing a muscular rocker. Underneath the distorted guitars and powerful drumming is an effervescent pop melody that would easily be at home in a softer arrangement, yet it works wonders with Sweet’s wall of noise here. Lyrically, the song is a twist on a straight-ahead love song and is filled with a self-effacing vulnerability that is extremely effective. A great start to a fine album, it’s also one of the great pop statements of the mid-’90s.” Sweet on the self-deprecating lyrics, “It got a sort of unusual, slightly twisted sentiment, into something that became a radio song. That was something I was really proud of.”

91. “Charlie Brown,” The Coasters. Songwriters: Jerry Lieber, Mike Stoller; #2 pop/#2 R&B; 1959. Jerry Leiber was having difficulty writing a followup hit to “Yakety Yak,” until he came across the lyrical hook, “He’s a clown, that Charlie Brown.” The title character, who instigates all kinds of high school mischief, then claims he’s a victim when the hammer falls, was not inspired by the famed Charles M. Schultz “Peanuts” cartoon. Leiber remembering Coasters vocalist Cornell Gunter, “Another cutup and boisterous clown, Cornell became the protector of the group. He had an eighteen-inch neck and was strong as an ox. Once when an assailant went after one of his brother Coasters, Cornell grabbed the guy and threw him over a pickup truck. Yet, you wouldn’t exactly call Cornell macho. The minute he opened his mouth, you knew he was gay. He had queenly elocution and, in fact, did a dead-on imitation of the Queen of the Blues, Dinah Washington.”