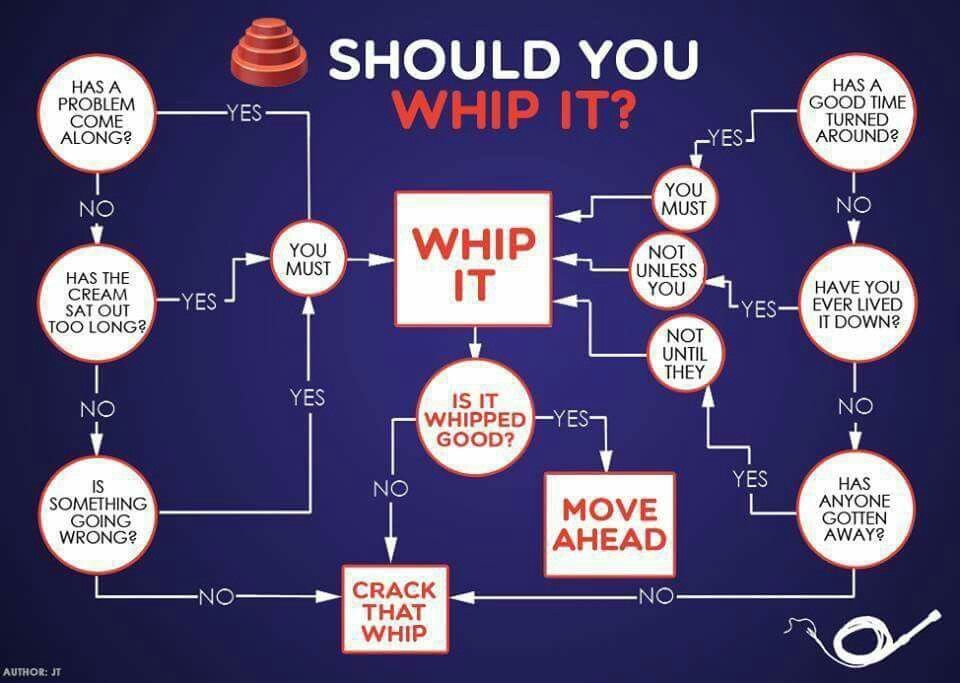 890. “Wreck on the Highway,” Roy Acuff. Songwriter: Dorsey Dixon; Did Not Chart; 1942. Roy Acuff was an important figure in Nashville, who wielded significant power as co-owner of Acuff-Rose Music publishing company and serving, at various times, as the host of the Grand Ole Opry. “Wreck on the Highway” was originally recorded by the South Carolina based Dixon Brothers as “I Didn’t Hear Nobody Pray” in 1938. Acuff cut his version in 1942 and, knowing the financial importance of publishing rights, claiming a writing credit. Legal action was taken in 1946 and an out of court settlement was reached on that issue. As for the song, Acuff sings with a startling passion about the combination of whiskey, blood, and carnage on “Wreck on the Highway,” sounding like he might rupture an internal organ. Although Acuff didn’t like associating with long haired musicians, he cut a less strident version for the Nitty Gritty Dirt Band’s landmark 1972 album “Will the Circle Be Unbroken” and the influence of the song was once again demonstrated when Bruce Springsteen nicked the title for a 1980 album track.

889. “Hi-Heel Sneakers,” Tommy Tucker. Songwriter: Robert Higginbotham (Tommy Tucker); #11 pop/#1 R&B; 1964. Ohio native Robert Higganbotham started playing piano for R&B bands in the late 1940s and apparently spent some time as a Golden Gloves boxer during the 1950s. His sole hit was “Hi-Heel Sneakers,” a shuffle in the Jimmy Reed tradition with staccato guitar licks provided by Welton “Dean” Young. Lyrically, there’s almost nothing like “Hi-Heel Sneakers” during this era, with Tucker instructing his woman to put her wig hat on her head and his admission to exchanging his paycheck for some Old Crow whiskey. Tucker sounds more street legit than hot poured asphalt. Shortly after “Hi-Heel Sneakers” was released, Sugar Pie DeSanto had a minor R&B hit with her footwear answer song “Slip-In Mules (No Hi-Heel Sneakers).”

888. “(Don’t Fear) The Reaper,” Blue Öyster Cult. Songwriter: Donald ‘Buck Dharma’ Roeser; #12 pop; 1976. Like most 1970’s hard rock/heavy metal acts, Blue Öyster Cult didn’t spend much time on the singles charts. Eschewing the typical power ballad love song as the gateway to the Top Forty, BOC’s “(Don’t Fear) The Reaper” sounds like a suicide pact, although songwriter Donald Roeser/”Buck Dharma” has explained, “It’s basically a love song where the love transcends the actual physical existence of the partners.” It sounds somewhat like The Byrds “Eight Miles High” rewritten as a pre-goth death wish. Roeser, on his song that John Carpenter used in his 1978 slasher flick “Halloween,” “I like spooky stuff. I was very much into the horror genre. We were happy in our niche and certainly never thought of ourselves as a pop group. At first, I thought ‘(Don’t Fear) The Reaper’ would be played on album-oriented radio, like all our other songs. I never dreamed it would become such a famous song, or that the riff would be played by every kid trying out a guitar in a shop.”

887. “Mrs. Robinson,” Simon and Garfunkel. Songwriters: Paul Simon, Art Garfunkel, Roy Halee; #1 pop; 1968. The Simon and Garfunkel song “Mrs. Robison” is often associated with the 1967 satirical/comedy/drama film “The Graduate” and both the song and the movie are products of their time. Asked to provide material for the film, Paul Simon began reworking a nostalgia composition that was originally planned as an ode to Eleanor Roosevelt. Referencing America’s lost heroes, Simon namechecked Joe DiMaggio, a baseball player who meant less to him than Mickey Mantle, but in songwriting syllables matter. Simon on meeting The Yankee Clipper, “I happened to be in a restaurant and there he was,” recalls Simon. “I gathered up my nerve to go over and introduce myself and say, ‘Hi, I’m the guy that wrote ‘Mrs. Robinson,’ and he said ‘Yeah, sit down . . . why’d you say that? I ’m here, everyone knows I’m here.’ I said, ‘I don’t mean it that way – I mean, where are these great heroes now?’ He was flattered once he understood that it was meant to be flattering.”

886. “I Love You, Suzanne,” Lou Reed. Songwriter: Lou Reed; Did Not Chart; 1984. Lou Reed, the expert chronicler of the seedy underbelly of American society, made his debut as a bopping pop singer on the irresistibly fun “I Love You, Suzanne,” even getting a few spins on MTV in the process. Kurt Loder of Rolling Stone, “The exhilarating ‘I Love You, Suzanne’ — from its cute take on the Contours’ ‘Do You Love Me?’ rap through its irresistibly infectious strum-along arrangement and Lou’s understated but pungent guitar leads — is a hit summer single that, should RCA decide to release it as such, will not be denied.” Reed on the writing process, “I must have had that riff in my head for six months. It’s just a cheap D chord because for what I’m interested in, you don’t need a lot of chords. It just came out full-blown, and it was always like that. I sat playing that riff for six months because I’m capable of sitting and playing one riff for hours, and then I said, ‘Well, it’s so simple, why not use it?’”

885. “Valerie,” Marshall Crenshaw. Songwriter: Richard Thompson; Did Not Chart; 1989. Steve Winwood might have the more famous song with this title, but his lost love number doesn’t have the kinetic energy of Marshall Crenshaw’s “Valerie,” (which rhymes with “gallery,” “calorie,” and “salary.”) Richard Thompson penned this humorous ode to a high maintenance woman and Crenshaw sells it with a crafty mixture of infatuation and exasperation. Rock critic Iman Lababedi, “In Juliana Hatfield’s autobiography she says she never liked Richard Thompson, tell her to try Crenshaw’s stunning re-thinking of ‘Valerie.’ Play Thompson’s original and follow by Marshall’s cover and you’ll notice immediately what MC brings to a song: he cuts a verse, speeds up the solo, and mutes the frustration.”

884. “Shotgun,” Jr. Walker and the All Stars. Songwriter: Autry DeWalt (Jr. Walker); #4 pop/#1 R&B; 1965. There is more supposition than verifiable facts regarding the recording of the party anthem “Shotgun,” so we’ll go with what we’ve got. It has been theorized that Barry Gordy was excited to have Jr. Walker join Motown as part of the acquisition of Harvey Fuqua’s record label (Harvey Records), adding a legitimate R&B act to a roster defined by softer soul sounds. Gordy’s active interest in the All Stars is demonstrated by the fact that he did produce “Shotgun.” Other theories around the recording is that an unnamed vocalist didn’t appear at the session, creating the necessity for Walker to sing lead for the first time, and that the introductory shotgun sound effect blast was created by kicking an amplifier. Author Nelson George on “Shotgun,” “The definitive gutbucket sax instrumental of the sixties, it has the kick of a bull and the greasy feel of a pig’s feet dinner.” Clarence Clemons of the E Street Band, “Junior Walker and King Curtis were the two biggest influences on me. All those jazz cats were too abstract for me; Junior was more animated, and he got straight to the point. He knew it wasn’t how many notes you play but what each note says – quality, not quantity.”

883. “Whip It,” Devo. Songwriters: Gerald Casale, Mark Mothersbaugh; #14 pop; 1980. Devo’s 1980 hit single “Whip It” moved the Ohio based provocateurs out of cult act territory, every pop fan in America became familiar with their red energy dome hats and yellow hazmat suits. Jerry Casale, “I think a lot of Devo is in ‘Whip It.’ There’s Americana mixed with something menacing, there’s irony and humor, there’s a hook and a big dance beat, there are interesting synth parts, lyrics that aren’t the typical lyrics about getting laid or losing your baby. Although we weren’t trying, it was a pretty concentrated dose of Devo in ‘Whip It.’” Richard Buskin of Sound on Sound, “’Whip It’ was based on the kind of mid-tempo, 4/4 ‘motorik’ beat favored by German bands such as Neu! and Kraftwerk, as well as a lead guitar riff inspired by the one that Roy Orbison plays on ‘Pretty Woman.’ The lyrics are cynically mocking how Americans often resort to violence in order to overcome adversity or claw their way to the top.” Producer Robert Margouleff, “Although the chorus is catchy, it’s actually less melodic than the verses, and that was a precursor of rap.”

882. “Lust for Life,” Iggy Pop. Songwriters: Iggy Pop, David Bowie; Did Not Chart; 1977. The id driven Iggy Pop and highbrow David Bowie created one of the most interesting musical partnerships during the 1970s. Bowie produced The Stooges 1973 album “Raw Power” and Iggy’s 1977 albums “The Idiot” and “Lust for Life.” Both men had serious drug addictions during the mid-70s, sometimes toured together, there has been significant speculation on the nature of their personal relationship for decades, perhaps drive by Bowie’s one time androgynous image. This odd couple wrote “Lust for Life,” Iggy’s signature song, known for Tony Sales’ booming drum into (Iggy’s rhythm section at the time was comprise of Tony and Hut Sales, the sons of popular television comedian Soupy Sales). Rock critic Dave Swanson, “From the thunderous Motown beat that kicks off the title track, the energy and attitude just explode. ‘Lust for Life’ was the sound of Iggy rejuvenated with all cylinders firing.” Lyrically, the song seems to simultaneously celebrate and denigrate drug culture. After being included in the 1996 film “Trainspotting,” “Lust for Life” went to #26 on the U.K. charts, almost two decades after its release.

881. “At the Hop,” Danny and the Juniors. Songwriters: Artie Singer, John Medora, David White; #1 pop/#1 R&B; 1958. Dick Clark was instrumental in making “At the Hop” a hit, recommending that the title be change from “Do the Bop” and securing half of the publishing on the song in order to push it on “American Bandstand.” Songwriter John Madera, on the original “Do the Bop” single, “I wanted to do something that had a piano featured like ‘Whole Lotta Shakin’ Goin’ On.’ So, off we go to the recording studio, with me singing lead, Danny and The Juniors singing background, and my 45 record ‘A Whole Lotta Shakin’ Goin’ On’ to set the tone of what I was shooting for.” Coincidentally, on the date that “At the Hop” topped the pop charts, “Great Balls of Fire” was at #2. Danny and the Juniors scored two more Top 40 singles, including 1958’s “At the Hop” soundalike-with-a-mission-statement “Rock and Roll Is Here to Stay.” John Medora and David White continued their songwriter partnership in the 1960s, penning Chubby Checker’s “The Fly,” Lesley Gore’s groundbreaking feminist statement “You Don’t Own Me,” and Len Barry’s “1-2-3.”