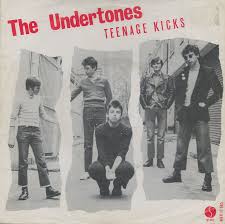 740. “Right Next Door (Because of Me),” Robert Cray. Songwriter: Robert Cray; #80 pop; 1987. Since Robert Cray isn’t exactly a thigh slapping funny kind of guy, let’s start with a few fun facts. His high school band had the bizarre name of Steakface (“Hey, got any A-1 sauce for the show tonight?”) and he had an uncredited role as a member of Otis Day and the Knights in the 1978 movie “Animal House.” Cray went multi-platinum with his 1986 album “Strong Persuader,” which included the AOR hit “Right Next Door.” What’s most striking about this song is the calculated coldness of the narrator, who breaks up a relationship with his skills of sexual persuasion, then chooses not to comfort the woman afterwards (“I should go to her, but what would I say”). From the book “25 Top Blues Songs,” “Though Stevie Ray Vaughan rightfully receives the lion’s share of the credit for initiating the second ‘blues revival’ in the eighties, blues and soul man Robert Cray deserves acknowledgement, too. ‘Right Next Door,’ totally emblematic of his style, is a unique combination of classy rhythm guitar and a succinct solo, with the underlying depth of blues supporting Cray’s favorite lyrical concept, the illicit affair.” As the Geto Boys would teach us in the early 1990s, damn, it feels good to be a gangsta.

739. “Ramblin’ Gamblin’ Man,” Bob Seger System. Songwriter: Bob Seger; #17 pop; 1968. Don Brewer of Grand Funk Railroad, “I’ll never forget hearing ‘Ramblin’ Gamblin’ Man’ for the first time. I was saying, ‘Man, listen to this. Listen to that B3 (Hammond organ),’ ’cause we were totally R&B guys. ‘Listen to that – the whole song is nothing but B3! This is so cool!’” Seger had his first national hit with this high energy rocker, a song with an organ sound inspired by The Spencer Davis Group’s “Gimme Some Lovin’.” Future Eagle Glenn Frey contributed backing vocals. Seger, “You can really hear Glenn (Frey) blurt out on the first chorus. He comes out really loud, tremendous gusto.” Trivia notes: At one point during the recording process, producer Ed “Punch” Andrews had to stop the band, due to too much noise coming from the upstairs bowling alley. A sixteen year old John Mellencamp was riding with friends in Seymour, Indiana when he first heard “Ramblin’ Gamblin’ Man” on the radio. He immediately made the driver stop so the song could be heard without static or engine noise. Mellencamp, “That was the beginning of a love affair with Bob Seger’s music – thoughtful and badass in one measure.”

738. “Harmony in My Head,” Buzzcocks. Songwriter: Steve Diggle; Did Not Chart; 1979. Guitarist Steve Diggle had a particular sound in mind for his vocal performance on the Buzzcocks’ last U.K Top Forty hit, “Harmony in My Head.” Having been fond of the singing on the Beatles version of “Twist and Shout,” where one can almost hear John Lennon’s vocal chords shredding, Diggle smoked twenty cigarettes to prepare for his barking growl on “Harmony.” The bridge and chorus live up to the title phrase, massaging every possible pleasure center in the punk rock wired brain. Kurt Cobain told Steve Diggle in 1994 that “Harmony” was one of his favorite songs. Diggle, “A lot of people (in the U.S.) used to say punk really didn’t change anything, but I think it did. It was an intangible thing, not a visual thing. It took us through to a new phase of music and a way of seeing things.”

737. “Teenage Kicks,” The Undertones. The Northern Irish punk band The Undertones received their pathway to a record contract and a U.K. Top Forty hit based upon British DJ John Peel’s enthusiastic support for “Teenage Kicks.” In fact, he loved the song so much, the had the opening line – “Teenage dreams so hard to beat” – engraved on his tombstone. Songwriter John O’Neill, “I was an MC5 fan and they had a song called ‘Teenage Lust’ and we used to cover ‘Route 66,’ so with the licks in the chorus, I just made the connection. I was actually shocked that there wasn’t already a song called called ‘Teenage Kicks’ because it’s an obvious cliché. To be honest, I still don’t think the song’s that good – it’s the band’s performance on record that gives it a special quality. We were just the right age at the right time. It’s the strength of the voice, and the urgency of the drums and guitars, it seemed to capture the moment.”

736. “The Year That Clayton Delaney Died,” Tom T. Hall. Songwriter: Tom T. Hall; #42 pop/#1 country; 1971. The legend of the inspirational drunken bluesman who serves as a mentor to a wide-eyed child started, in reality, with Alabama’s Rufus “Tee Tot” Payne, who showed a young Hank Williams a few chords. This concept was popularized in the 1970s with Lynyrd Skynyd’s “The Ballad of Curtis Loew” and Tom T. Hall’s “The Year That Clayton Delaney Died.” The name “Clayton Delaney” was a pseudonym for Olive Hill, Kentucky booze hound, blues picker Lonnie Easterly, who lived on Clayton Hill and had neighbors named Delaney. It’s been said that Lonnie was a musical mentor for a young Tom T. Hall, but that could be as much legend as fact. In any event, Hall’s tale of loss, sadness, music, alcohol, and redemption became one of his signature songs.

735. “I Wanna Be Sedated,” Ramones. Songwriters: Dee Dee Ramone, Joey Ramone, Johnny Ramone; Did Not Chart; 1978. Leave it to the Ramones to write a song about boredom that makes you want to jump up and down. Joey Ramone, “It’s a road song. Danny Fields was our first manager and he would work us to death. We would be on the road 360 days a year, and we went over to England, and we were there at Christmas time, and in Christmas time, London shuts down. There’s nothing to do, nowhere to go. Here we were in London for the first time in our lives, and me and Dee Dee Ramone were sharing a room in the hotel, and we were watching ‘The Guns of Navarone.’ So there was nothing to do, I mean, here we are in London finally, and this is what we are doing, watching American movies in the hotel room.” Guitarist Johnny Ramone hated the concept of guitar solos, for the guitar break he simply played the same note 65 times in rapid succession. “I Wanna Be Sedated” was included in National Public Radio’s 1999 “NPR 100,” a listing of the one hundred most important musical works of the 20th century.

734. “I Feel Fine,” The Beatles. Songwriters: John Lennon, Paul McCartney; 1964. The music industry didn’t treat blues singer/guitarist Bobby Parker particularly well. Parker wrote and recorded the original version of “You Got What It Takes,” but when that song became a 1959 hit single for Marv Johnson, the writing credits magically changed to Berry Gordy, Gwen Gordy, and Billy Davis. Parker had a #51 pop hit in 1961 with a “What I’d Say” inspired blues rocker titled “Watch Your Step” and the primary riff for that song later appeared in both “I Feel Fine” by The Beatles and Led Zeppelin’s “Moby Dick.” In fact, The Beatles actually covered “Watch Your Step” during their live performances in the early ‘60s. George Harrison, “We were crossing Scotland in the back of an Austin Princess, singing ‘Matchbox’ (Carl Perkins) in three-part harmony. And it turned into ‘I Feel Fine.’ The guitar part was from Bobby Parker’s ‘Watch Your Step,’ just a bastardized version.” “I Feel Fine” is also famous for being the first rock record to include feedback. John Lennon, “That’s me completely. Including the guitar lick with the first feedback anywhere. I defy anybody to find a record… unless it is some old blues record from 1922… that uses feedback that way. So I claim it for the Beatles. Before Hendrix, before the Who, before anybody. The first feedback on record. George and I play the same bit on guitar together – that’s the bit that’ll set your feet a-tapping, as the reviews say. I suppose it has a bit of a country-and-western feel about it, but then so have a lot of our songs. The middle-eight is the most tuneful part, to me, because it’s a typical Beatles bit.”

733. “Lean on Me,” Bill Withers. Songwriter: Bill Withers; #1 pop/#1 R&B; 1972. West Virginia native Bill Withers had a bluesy, Southern soul voice that consistently conveyed a substantive authenticity. The just-call-on-me-brother, gospel tinged sound of “Lean on Me” was inspired by those Southern roots, with a handclapping bridge and a lyrical proclamation of strength through community. Author Gail Mitchell, “’Lean on Me’ was built around the hometown tenets that Withers was raised on: love of God, family and friends.” Withers, pointing to this composition as an example of the clarity in his work, “To me, the biggest challenge in the world is to take anything that’s complicated and make it simple so it can be understood by the masses. I’m a stickler for saying something the simplest possible way with some elements of poetry. Simple is memorable.”

732. “I Fought the Law,” The Bobby Fuller Four. Songwriter: Sonny Curtis; #9 pop; 1965. As a teenager in El Paso, Bobby Fuller fell in love with the music of Elvis Presley and Buddy Holly and started releasing local singles in the early 1960s. After moving to Los Angeles and working with producer Bob Keane, The Bobby Fuller Four had their breakthrough hit with “I Fought the Law.” Sonny Curtis of The Crickets penned the number and his band released an underproduced version of this consequence warning regarding anti-authority escapades in 1960. Fuller’s Stratocaster sound may have harkened back to the pre-British Invasion sounds of Buddy Holly, but the sentiment was timeless. “I Fought the Law” was famously covered by The Clash in 1979 and Hank Williams, Jr., perhaps momentarily thinking he had joined Parliament-Funkadelic, cut a bass popping country hit version in 1978. Bobby Fuller was found dead in his car in 1966 at the age of 23. Whether his death was an accident, a suicide, or a homicide is one of rock ‘n’ roll’s long standing mysteries.

731. “Bad Moon Rising,” Creedence Clearwater Revival; #2 pop; 1969. John Fogerty mixed the guitar sound of Scotty Moore with a potential apocalypse on this 1969 international hit, which was kept from the top slot in the U.S. charts by, egad, Henry Mancini’s “Love Theme from Romeo and Juliet.” Forgerty, “’Bad Moon Rising’ was a title in my songwriting book. It was a good image. I was up late at night trying to write, and I started thinking about this old movie, ‘The Devil and Daniel Webster,’ about a farmer who sells his soul to Mr. Scratch— the devil— for good fortune. I knew ‘Bad Moon Rising’ was good before any singing happened. The lick is a big part of the song, and it’s certainly borrowed from the Scotty Moore guitar lick on the Elvis record ‘I’m Left, You’re Right, She’s Gone.’ In places it’s exactly the same. I didn’t make the song out of his lick, but I used it. I wasn’t hiding it— that lick was so great! I was honoring it.”