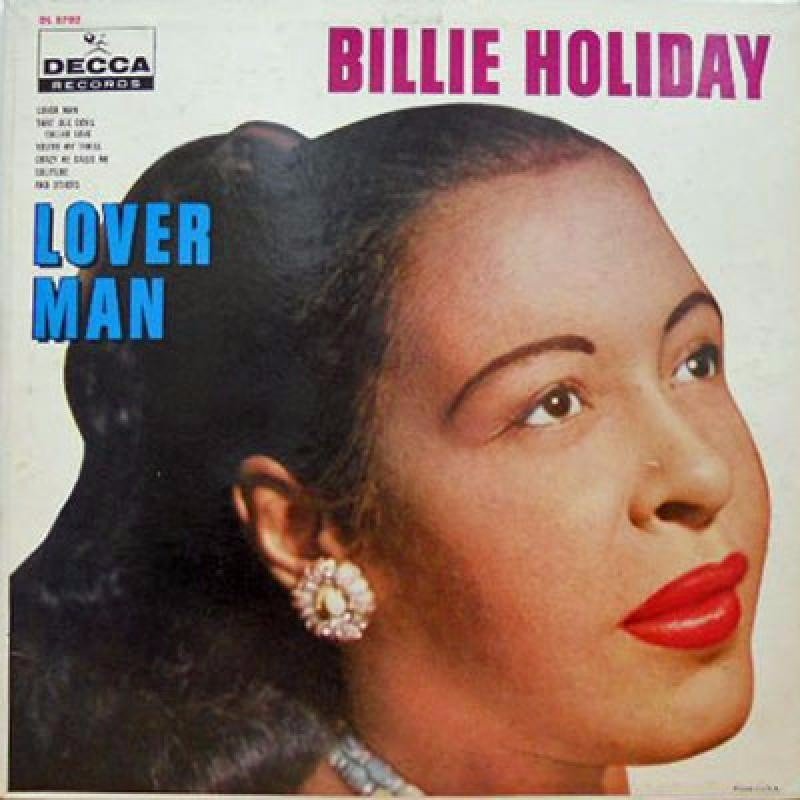 700. “Norwegian Wood (This Bird Has Flown),” The Beatles. Songwriters: John Lennon, Paul McCartney; Did Not Chart; 1965. John Lennon, “I was trying to write about an affair without letting my wife know I was having one. I was sort of writing from my experiences – girl’s flats, things like that. I was very careful and paranoid because I didn’t want my wife, Cyn, to know that there really was something going on outside of the household. I’d always had some kind of affairs going on, so I was trying to be sophisticated in writing about an affair, but in such a smoke-screen way that you couldn’t tell. But I can’t remember any specific woman it had to do with.” “Norwegian Wood” is a prime example of Bob Dylan’s influence on The Beatles in terms of lyrics and George Harrison’s sitar playing was the first time an Indian instrument had been used in a rock band context, although The Kinks developed a similar sound with different instrumentation on their 1965 single “See My Friends.”

699. “Message in a Bottle,” The Police. Songwriter: Sting; #74 pop; 1979. Gordon Sumner (Sting) was a teacher in the U.K who worked night gigs performing jazz. Stewart Copeland was the son of a CIA Officer, who worked as the drummer for the progressive rock band Curved Air in the mid-1970s. Guitarist Andy Summers was a music biz veteran who had short stints with Soft Machine and The Animals in the 1960s. The trio formed The Police in 1977 and broke through in the U.K. in 1979 with the hit singles “Roxanne,” “Can’t Stand Losing You,” Message in a Bottle,” and “Walking on the Moon,” with the latter two topping the U.K. charts. “Message in a Bottle” had a lean, reggae pop sound and a message of romantic hope. Sting, “I like the idea that while it’s about loneliness and alienation it’s also about finding solace and other people going through the same thing. The guy’s on a desert island and throws a bottle out to sea saying he’s alone and all these millions of bottles come back saying, ‘So what, so am I!’ I like the fact that the whole deal is clinched by the third verse. It makes a journey.”

698. “Me and Mrs. Jones,” Billy Paul. Songwriters: Kenny Gamble, Leon Huff, Cary Gilbert; #1 pop/#1 R&B; 1972. Philadelphia recording artist Billy Paul worked with songwriters/producers Gamble and Huff for over a decade, but “Me and Mrs. Jones” was his only major pop hit. Paul’s seductive vocals about an extramarital affair that was emotionally irresistible, yet limited by the participant’s circumstances, was a forbidden fruit tale that the radio listeners lapped up. The elongated, guilt ridden take on the title phrase was an unforgettable musical hook. Songwriter Kenny Gamble on his inspiration, “This guy used to come into the bar every day – little guy that looked like a judge. Every day after he’d come in, this girl would come in ten to fifteen minutes after he’d get there, and they’d sit in the same booth, then go to the jukebox and play the same songs. It could have been his daughter, his niece, anybody, but we created a story that there was some kind of romantic connection between these people, so we went upstairs to our office and wrote the song.”

697. “Motel Blues,” Loudon Wainwright III. Songwriter: Loudon Wainwright III; Did Not Chart; 1971. With a perilous need for validation, in “Motel Blues” Loudon Wainwright begs and pleads and cajoles a woman to spend the night with him. The desperation ratchets up as he provides more justifications and alibis. His final request, the ultimate dick move from a man: “Come to my motel room/Save my life.” Wainwright in 2017, “The idea that a guy would write a song about getting laid, and joke about it, was provocative in 1971, and on one occasion back then, during a live radio interview, I was threatened with castration by a feminist DJ. These days, of course, I, like everyone else, am at risk of being lynched by a Twitter mob.”

696. “Keep Your Hands to Yourself,” The Georgia Satellites. Songwriter: Dan Baird; #2 pop; 1986. Southern rock as a commercial proposition was quickly dying by the mid-1980s, but was momentarily resurrected by The Georgia Satellites on the propulsive, jing-a-ling-a-ling, pre-matrimony celibacy number “Keep Your Hands to Yourself.” Dan Baird, “We were a rock & roll band that the NASCAR people picked up on. The death of Ronnie Van Zant left such a gaping hole that could fit in Jason and the Scorchers, the Kentucky Headhunters, the Fabulous Thunderbirds and us.” The song would quickly be picked up by country artists and audiences, with covers by Hank Williams, Jr., John Anderson, and the Charlie Daniels Band. Baird, “Somebody made the comment that it was the song that saved rock & roll and ruined country music at the same time (laughs). It meant, it brought rock & roll back to its roots for a few minutes, but it turned the corner on country being afraid of dumb loud guitars.” The ever quotable Baird describing his droll hit to the New York Times in 1986, “A little piece of cornpone, like finding a long-lost Chuck Berry song on the Dead Sea Scrolls.”

695. “Sam Stone,” John Prine. Songwriter: John Prine; Did Not Chart; 1971. John Prine’s eponymous 1971 debut album is, perhaps, the most stunning achievement ever in the singer/songwriter genre. At the age of twenty-five, it’s almost bewildering how Prine had the compassion and maturity to write material with the depth of “Angel of Montgomery,” “Paradise,” “Hello in There,” and “Sam Stone.” The world had not defined Post-traumatic Stress Disorder (PTSD) in 1971, but Prine’s “Sam Stone” returned from Vietnam hooked on junk with ghosts he could not shake. The conflict took his life, but not on the battlefield. Prince, “I always thought one of the great mistakes they made in the service is if the spent half the time that they do getting you ready, and the intensity that they put you through in basic training for combat, if they spent half that time bringing you down and teaching you how to be a civilian, it would make a big difference.”

694. “Take the Money and Run,” The Steve Miller Band. Songwriter: Steve Miller; #11 pop; 1976. The Steve Miller Band stated releasing blues influenced hard rock material in 1968, but didn’t find pop success until the 1973 #1 pop hit “The Joker.” Miller and company had their second pop hit with “Take the Money and Run,” a story song about successful stoner Texas outlaws named Billy Joe and Bobby Sue, replete with “hoo hoo’s”, “whoa oh’s,” handclaps, and a failed detective named Billy Mack. While not as brazen as Johnny Cash shooting a man just to watch him die, in Miller’s song the (attempted?) murder as part of a home robbery was categorized as nothing more than “a hassle.” “Take the Money and Run” wouldn’t seem a natural fit for hip hop music, yet the Beastie Boys grabbed some of the lyrics for their 1986 album cut “Slow Ride” and Run-D.M.C. sampled the song, with no great panache, in 2001.

693. “Tender Years,” George Jones. Songwriters: George Jones, Darrell Edwards; #76 pop/#1 country; 1961. East Texas native George Jones received his first guitar when he was nine and was busking on Beaumont streets before he was a teenager. After a short stint in the Marines, Jones returned to Texas and was signed by Starday Records in 1953. He had his first country hit single in 1955, “Why Baby Why,” a collaboration with childhood friend Darrell Edwards. That duo also penned “Tender Years,” Jones’s second #1 country single (his first being 1959’s comedy drinking number “White Lightning”). Jones incorporated a Southern gospel influence into the music, while lyrically he voiced his determination to wait for the woman that he loves, no matter how long she is in love with another man. George was moving to a countrypolitan production sound with this record, but that was just another style for him to master. Songwriter Darrell Edwards fell on hard times later in his life and in the words of Nick Tosches “blew his brains out” in 1975. Journalist Ian Crouch wrote in “The New Yorker” in 2013 that “Tender Years” “may have been the best” song that George Jones ever released, an informed opinion that covers a sea of potential options.

692. “Have I Told You Lately,” Van Morrison. Songwriter: Van Morrison; Did Not Chart; 1989. Van Morrison doesn’t have the image of being a romantic balladeer, but few singers are better at singing about love as a transformational experience. “Have I Told You Lately” is either a paean to God or a not so silly love song or both (a frequent wedding number, per Wikipedia). Written in the style of a classic pop (as in pre-rock ‘n’ roll era) ballad, “Have I Told You Lately” was a major international hit for Rod Stewart in 1993. According to a 2019 interview, Rod Stewart had been influenced by Morrison long before he went to the bank with this song. Stewart, “What a great lyricist, I love his stuff, when (Van Morrison’s 1968 album) ‘Astral Weeks’ came out with the string bass, acoustic guitars, and mandolins it was a big influence on (Stewart’s 1971 LP) ‘Every Picture Tells A Story.’”

691. “Lover Man (Oh, Where Can You Be?),” Billie Holiday. Songwriters: Jimmy Davis, Ram Ramirez, James Sherman; #16 pop/#5 R&B; 1945. “Lover Man” was Billie Holiday’s last charting single, and it has been reported that Holiday demanded to be backed with violins. The combination of the somber horns, the tearful strings, and Holiday’s vocals about needing affection add up to haunting despondency. Jazz pianist Oscar Peterson on Holiday’s gift, “She had a voice of pure velvet.” Miles Davis on her vocal style, “Billie Holiday doesn’t need any real horns, she sounds like one anyway.” Holiday’s ability to project vulnerability may have been reinforced be her real-life drama at the time, being married to an abusive man while also having a relationship with a drug dealer. “Lover Man” was inducted into the Grammy Hall of Fame in 1989.