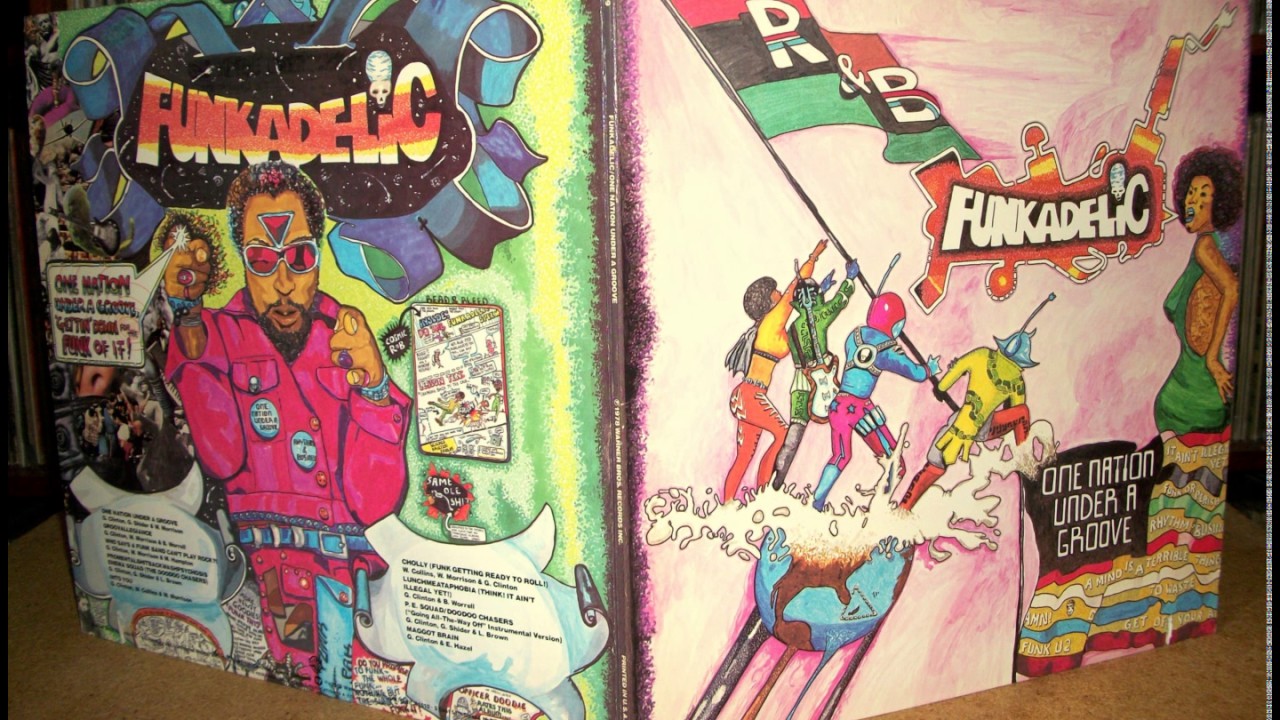 “It’s the End of the World as We Know It (And I Feel Fine),” R.E.M. Songwriters: Billy Berry, Peter Buck, Mike Mills, Michael Stipe; #69 pop; 1987. During the early 1980s, R.E.M. was the cool, indie band that are the socially conscious kids were rooting for and they became a multi-platinum selling, MTV staple act during the 1990s. They were still transitioning to what the mainstream band they would become on 1987’s “Document” album and were viewing the potential end of mankind as more of a celebration than a tragedy on “It’s the End of the World as We Know It (And I Feel Fine).” Michael Stipe has described this “Subterranean Homesick Blues” style, word slinging number as being about “bombastic, vomiting sensory overload.” Matthew Oshinsky of Paste Magazine, “One of the greatest rock songs ever to come out of college radio and a perfect snapshot of R.E.M. in 1987: melodic, wild, cryptic.” R.E.M. guitarist Peter Buck later recalled one referenced personality who was randomly passing out good natured insults at a 1979 NYC party, “I had read all of Lester Bangs’s stuff in Creem and thought he was the greatest thing in the world. Now here we were at this party, filling up on birthday cake and jelly beans. Lester was standing there, and every time someone walked by – it was like a mantra – he’d have something to say to them. He called me ‘a rotten cocksucker.’ I was like: ‘That’s Lester Bangs! That’s so cool!’” Other L.B.’s who got namechecked – comic Lenny Bruce, composer Leonard Bernstein, and Soviet leader Leonid Brezhnev.

689. “Love Is Strange,” Mickey and Sylvia. Songwriters: Mickey Baker, Sylvia Vanderpool, Ethel Smith (Elias McDaniel); #11 pop/#1 R&B; 1957. Bo Diddley wrote “Love Is Strange” and recorded a typically rhythm heavy version of the song in 1956. Guitar ace Mickey Baker, who had performed studio work for The Drifters and Ray Charles, among others, teamed with Sylvia Robinson to reshape “Love is Strange” into one of the most memorably flirtatious records of its era. Baker framed the song in soulful, sharp guitar licks while Sylvia Vanderpool served as his frisky vocal counterpoint. Author Clay Cole on the duo’s live act, “Mickey & Sylvia were strikingly attractive, Mickey in elegant dinner jackets and Sylvia in shimmering, clinging evening gowns, strapped into guitars, pacing the stage like jungle cats in a seduction ritual. Their guitar riffs and electronic rim-shots accentuated the lyrical teasing ‘Oh, Mickey? Yes, Sylvia?’ The sexual tension was electric.” Sylvia Vanderpool would later be known as Sylvia Robinson and she had an impact on several generations of pop fans. She wrote and released the early disco/# 3 pop hit “Pillow Talk” in 1973 and was a co-founder of the rap label Sugarhill Records, cementing a varied and respected legacy in popular music.

688. “I Can See Clearly Now, Johnny Nash. Songwriter: Johnny Nash; #1 pop/#38 R&B; 1972. Houston, Texas native Johnny Nash started his music career as a teenager in the 1950s and, as one of the first American artists to record in Jamaica, helped to introduce reggae music to U.S. audiences with the #5 1968 pop hit “Hold Me Tight.” “I Can See Clearly Now” brought a laid back groove and a message of comforting optimism to the top of the pop charts. Robert Christgau called the single, “Two minutes and 48 seconds of undiluted inspiration.” Nash, who hasn’t done an interview in over twenty-five years, reflected on his stardom in 1994 by saying, “What I’m most proud of is that I survived this thing.” Reggae legend Jimmy Cliff had his biggest U.S. hit with his 1994 cover that peaked at #18 on the pop charts.

687. “One Nation Under a Groove,” Funkadelic. Songwriters: George Clinton, Walter Junie” Morrison, Garry Shider; #28 pop/#1 R&B; 1978. At the peak of Parliament/Funkadelic’s commercial and artistic success, George Clinton made this statement that his various musical entities and their audience represented their own national identity. The intoxicating conundrum? How to dance, smoke a joint, and pledge allegiance simultaneously. George Clinton on writing the song, “We’d played a gig in Washington DC and afterwards two young girls, LaTanya and Darlene, came up to the car and told us it was was the best concert they’d ever seen. They said: ‘It was like one nation under a groove.’ As soon as I heard that, I knew it had to become a song. Initially, all I had was a hook – ‘One nation under a groove, gettin’ down just for the funk of it.’ In the studio, once we got a rhythm together, I pretty much ad-libbed the rest. I wanted the silky feel of the Dionne Warwick records with Burt Bacharach – a smooth groove, but funky.”

686. “Hoodoo Bash,” The Unholy Modal Rounders. Songwriter Antonia Stampfel; Did Not Chart; 1976. One of the more offbeat and entertaining albums of the 1970s was “Have Moicy!, a record thrown together in two days by a collection of unconventional folkies. Three different acts are billed on the album – Jeffrey Frederick & The Clamtones, Michael Hurley, and The Unholy Modal Rounders (fronted by the irrepressible Peter Stampfel). “Hoodoo Bash” chronicles a party with Thunderbird wine and a pound of hash and magic mushrooms and African dances and Indian visions with the all-purpose warning/welcome, “Another kind of life is hiding behind that door.” These promises of psychedelic transformation are underpinned with a gypsy influenced folk melody. I think it’s a safe bet that nobody involved in this record ever took, never mind passed, a drug test.

685. “My Sharona,” The Knack. Songwriters: Doug Fieger, Berton Averre; #1 pop; 1979. Michigan native Doug Fieger fronted a band named Sky who released two unsuccessful albums for RCA in the early 1970s. He moved to Los Angeles later in the decade and The Knack was formed in 1978. They quickly created a buzz on the local music scene, regularly selling out L.A. club institutions to include the Whiskey and the Troubadour. “My Sharona,” Doug Fieger’s explosive teenage lust song for his future real life girlfriend Sharona Alperin, was a true band effort. Guitarist Berton Averre provided the main riff, once called “possibly the greatest hook ever” by Alice Cooper. He may have also closed out the era when a ninety second guitar solo was viable, channeling his inner Tom Sholz (the guitarist for Boston) in the process. Bruce Gary contributed the surf influenced drumbeat, with some inspiration from The Miracles’ “Going to a Go Go.” Gary, “The way I approached that beat was very much like a surf stomp. Surf bands play lots of songs with no cymbals, just toms and snare drum.” Fieger on his stuttering, hormonal hit, “I was 25 when I wrote the song. But the song was written from the perspective of a 14-year-old boy. It’s just an honest song about a 14-year-old boy.” Despite being crucified by the rock critics of their era, “My Sharona” was the biggest hit of 1979, spending five weeks at #1 on the pop charts.

684. “(What’s So Funny ‘Bout) Peace, Love, and Understanding,” Elvis Costello and the Attractions. Songwriter: Nick Lowe; Did Not Chart; 1978. This Nick Lowe composition was first performed as a tongue-in-rocker by Lowe’s English pub rock act Brinsley Schwarz in 1974. Lowe, “I wrote the song in 1973, and the hippie thing was going out, and everyone was starting to take harder drugs and rediscover drink. Alcohol was coming back, and everyone sort of slipped out of the hippie dream and into a more cynical and more unpleasant frame of mine. And the song was supposed to be an old hippie, laughed at by the new thinking, saying to these smarty-pants types, ‘Look, you think you got it all going on. You can laugh at me, but all I’m saying is ‘What’s so funny about peace, love, and understanding?’” Elvis Costello gave the song a powerful, sincere reading, which has resulted in dozens of additional cover versions. It was undoubtedly the most profitable song in Lowe’s catalogue. Jazz singer Curtis Stigers recorded a version for “The Bodyguard,” the soundtrack to the hit Whitney Houston film, and that soundtrack has sold over 45 million copies worldwide.

683. “Bastards of Young,” The Replacements. Songwriter: Paul Westerberg; Did Not Chart; 1985. Paul Westerberg wrote “Bastards of Young,” an anguished look at the latchkey generation, after his younger sister left Minneapolis to pursue an acting career. Westerberg, “To me, a part of that song is about my sister who felt the need…to be something by going somewhere else. It is sort of the Replacements feeling the same way…not knowing where we fit. It’s our way of reaching a hand out and saying, ‘We are right along with you. We are just as confused.’” Author Bob Mehr, “’Bastards of Young’ was an epic howl of youthful uncertainty and alienation. Set against a clarion guitar riff, the lyrics were loaded with multiple layers of personal meaning. ‘Income tax deduction, one hell of a function’ pointed to both Westerberg’s fear that the ’Mats’ career could end up as no more than a corporate write-off and his induced New Year’s Eve birth as a tax break for his parents. The song was a residue of Westerberg’s Catholic upbringing, with lyrical allusions to the gospel of Matthew, ruminations on the love of family versus the approval of strangers, and a cynical take on the slippery slope of earthly ambition.”

682. “Sweet Emotion,” Aerosmith. Songwriters: Steven Tyeler, Tom Hamilton; #36 pop; 1975. Boston bad boys Areosmith formed in 1970 and had released two major label albums, without a Top Forty single, prior to 1975’s “Toys in the Attic” album. During the recording sessions, producer Jack Douglas asked the band if they had any additional riffs. Bassist Tom Hamilton then introduced the bassline for “Sweet Emotion,” which was inspired by Jeff Beck’s jazz fusion phase. Jack Douglas, “He had that bassline. And when (drummer) Joey Kramer came in, he played on the twos and fours instead of the ones and threes, so he was playing on the backside of it. When we heard that, we went, ‘Oh, boy! Magic.’” Joe Perry added one of his memorable riffs to Steven Tyler’s “I Speak Jive” lyrics and the band had their breakthrough hit. Tom Hamilton on first hearing the final product, “We knew which sections was going to be the verse, the chorus, and the bridge, but we didn’t have any lyrics, melody or anything. When I first heard ‘Sweet Emotion’ with the lyrics on it, I thought ‘Wow, this is unbelievable.’”

681. “Just One More,” George Jones. Songwriter: George Jones; #3 country; 1956. Harold “Pappy” Daily was over fifty years old when he started Houston’s Starday Record label. He had worked in the railroad industry until the Great Depression, then sold jukeboxes, opened a record store, and became involved in wholesale distribution. George Jones was the first major artist to sign with Starday (“Pappy” Daily would later be instrumental in the careers of The Big Bopper, Roger Miller, and Gene Pitney). Daily gave Jones some sound advice about finding his own voice at his first recording session, “We’ve heard you sing like everybody on the Grand Ole Opry, I think. Can we hear you sing just one time like George Jones?” Despite not having any formal training in music, Daily often served as a producer and worked with Jones long after both men left Starday. “Just One More” is a Jones penned/Daily produced drinking song that recalls the hard country traditionalism of Hank Williams. While the theme of drowning sorrows in a bottle would become a familiar one for Jones, this was his first effort in this vein and the vocals are a template for the remainder of his career.