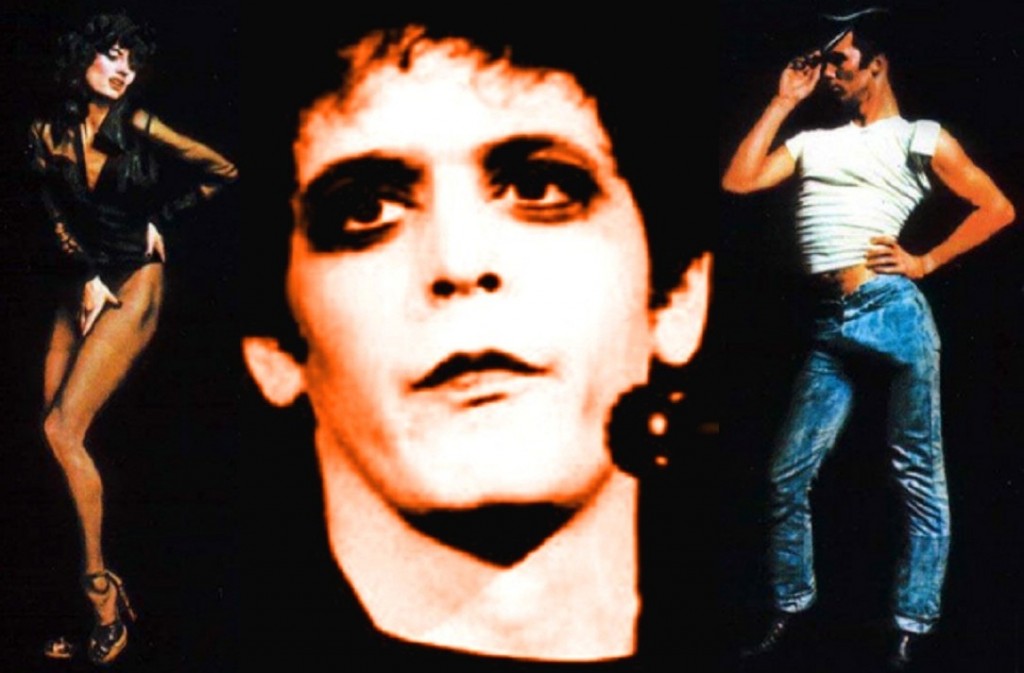 650. “Just the Two of Us,” Grover Washington, Jr. Songwriters: Bill Withers, Ralph MacDonald, Willian Salter; #2 pop/#3 R&B; 1981. The quiet storm soul of “Just the Two of Us” was a strange record in that the official billing only went to smooth jazz saxophonist Grover Washington, Jr, although Bill Withers performed the vocals and was a much bigger name in pop music. This billing may have been because the single was released on Elektra Records and Withers was signed to Columbia. Withers once commented that this romance number that included lyrics about crystal raindrops, rainbows, and castles is the sky “was a ‘kiss my ass’ song to Columbia.” Just like on his 1970’s hit “Lean on Me,” Withers vocal warmth projects his ability to comfort others. Music journalist Rob Smith of Diffuser, “There are few songs that epitomize ‘quiet storm’ R&B quite like this one, from the shimmery keyboards and slinky bass to Withers’ oh-so-smooth vocal. Washington’s sax solo is a brilliant play off the song’s melody, and it slides into the glorious end of the song, when Withers repeats the refrain ‘Just the two of us’ in high and low registers, just to prove he can.”

649. “Walk on the Wild Side,” Lou Reed. Songwriter: Lou Reed; #16 pop; 1972. Lou Reed is a true rock ‘n’ roll legend, but he only had one hit during his lengthy career – this tale of New York city street sleaze. “Walk on the Wild Side” documents characters that Reed had met at Andy Warhol’s Factory, a hipster art studio hangout, replete with junkies and drag queens and sexual deviancy. Reed, “I always thought it would be kinda fun to introduce people to characters they maybe hadn’t met before, or hadn’t wanted to meet.” Nice musical touches include the echo on the thick bassline, the doo wop vocals from the trio known as Thunderthighs (they weren’t “colored girls”), the tension of the strings, and the warm baritone sax solo on the fadeout. Image wise, Lou Reed represented a New York toughness that matched street smarts with an active intellectual curiosity.

648. “Sex Bomb,” Flipper. Songwriter: Will Shatter; Did Not Chart; 1982. The San Francisco noise rock act Flipper were known for their slow tempos and sludgy sound. While that may not sound like a good time, the sonic insanity of “Sex Bomb” is like a pre-grunge/free jazz version of “Louie Louie.” Music journalist John Dougan, “They were the toast of rock critics across the country with their post-hardcore punk masterpiece ‘Sex Bomb.’ Clocking in at over seven minutes, possessing one riff played over and over (and sloppier and sloppier), with vocalist Will Shatter screaming rather than singing (total lyrics: ‘She’s a sex bomb/My baby/yeah’), it was a remarkable record: loud, proud, defiantly obnoxious, and relentlessly dumb. But in its own gleeful and intentionally moronic way it was (and remains) a perfect record.” Greil Marcus compared the song to another rock classic, “’Wild Thing’ boiled down to a burnt pot, unless you count the music: the sounds of bombs, naturally, but also car crashes, planes taking off, trains pulling into a station, D-Day, the 1906 earthquake, old Blue Cheer records played backwards.” Henry Rollins, “They were just heavy. Heavier than you. Heavier than anything.”

647. “It’s My Life,” Talk Talk. Songwriters: Mark Hollis, Tim Friese-Greene; #31 pop; 1981. The London based synth pop band Talk Talk never had a significant pop breakthrough, they reached the Top Twenty of the U.K. charts on three occasions from 1982 to 1990. Their only U.S. success came the lush synth sounds and romantic yearning of “It’s My Life,’ a song with a much different musical and lyrical vibe than the 1965 hit of the same name by The Animals. Blogger Bill Cummings has the details, “Turning evocative production into a virtue, each instrumental part and note given a sense of space and breath that was uncommon in an era of glossy pop. Thus ‘It’s My Life’ is built upon a bed of clicking drum machines, snaking baselines and synths that swirl and squawk gradually enveloping the listener. ‘One-half won’t do,’ sings Mark Hollis in the pre-chorus, before the song lets flight into glorious, life affirming crescendos lifted aloft by firing drum machines, warm tumbling synths, while Hollis’s imperious tone shivers with a wistful impregnable power. Each note gives voice to a quivering vulnerability and a clinging to hope, embodying the contradictions of life’s constant struggle, alone and part of the crowd all at once (‘caught in the trap it never ends’).” Former Rolling Stone and Creem contributor John Mendelssohn, “I regard Talk Talk ‘It’s My Life’ as the perfect pop record.” Talk Talk were over two decades ahead of their time in that a 2003 cover version by No Doubt peaked at #10 on the U.S. pop charts.

646. “Surfin’ Bird,” The Trashmen. Al Frazier, Carl White, Sonny Harris, Turner Wilson Jr.; #4 pop; 1963. Absurdity was a fundamental principle of early rock ‘n’ roll and few records have been more perplexingly deranged than “Surfin’ Bird” by The Trashmen. The Trashmen learned “Surfin’ Bird,” which is a combination of “The Bird is The Word” and “Papa-Oom-Mow-Mow” by The Rivingtons, from a local Minnnesota band known as The Sorenson Brothers. Having never heard the original versions, The Trashmen bashed out a comically amateurish record that was also irresistible fun. They originally took credit for writing the composition, an issue that was settled in court. How did a band from Minneapolis develop a surf sound? Guitarist Tony Andreason, “I brought every Dick Dale album I could find. We started playing a few of his songs at some of the venues and the kids had never heard anything like that. They’d start coming in surf outfits and dancing like they were on the surfboard.”

645. “Jambalaya (On the Bayou),” Hank Williams with His Drifting Cowboys. Songwriters: Hank Williams, Moon Mullican (uncredited); #1 country; 1952. “Jambalaya” evolved out of the world of Louisiana Cajun music. Although earlier versions reportedly exist, the melody is first well defined to my ears on the 1937 release “Alons Kooche Kooche” by the Louisiana Rounders. Steel guitarist Julius Angelle “Papa Cairo” Lamperez is credited with writing “Grand Texas,” which uses the same melody and was recorded by the Cajun group Chuck Guillory and His Rhythm Boys in 1948. Moon Mullican was familiar with Cajun music and had scored a major hit with “Jole Blon’s Sister” in 1947. Moon either wrote “Jambalaya,” with the song being purchased by Hank, or co-wrote it with Hank and received payment from Fred Rose to avoid publishing complications. The celebration of the Cajun lifestyle stayed at #1 for fourteen weeks in 1952 and crossed over to be a #3 pop hit for Jo Stafford that same year. In the “truth is stranger than fiction” department, two of the best selling cover versions of “Jambalaya” are by the Carpenters and Harry Connick, Jr.

644. “Baba O’Riley,” The Who. Songwriter: Pete Townshend; Did Not Chart; 1971. The Who never played small ball, their gift to the world was grandiose rock anthems. On the lead track to the band’s last great album, the use of synthesizers as a rhythmic piece and the Celtic jig coda are interesting touches, but it’s the arena ready power chords that made “Baba O’Riley” a classic rock standard. As a lyricist, Townshend was often better delivering slogans and catchphrases (“I don’t need to fight/To prove I’m right”) than developing fully realized social commentaries. Townshend in 2019, “The music there was about living in the present and losing yourself in the moment. Now that has changed. Boomers kind of hang on to that as a memory. When I go back and listen to those songs, the Who songs in particular of the late ’60s and early 70s, there was an aspiration in my writing to attune to the fact that what I could feel in the audience was – I won’t say religious – but there was certainly a spiritual component to what people wanted their music to contain. There’s definitely a higher call for the music now which is almost religious. A song like ‘Baba O’Riley,’ with ‘we’re all wasted,’ it just meant ‘we’re all wasted’ – it didn’t have the significance that it now has. What we fear is that in actual fact we have wasted an opportunity.”

643. “I’m a King Bee,” Slim Harpo. Songwriter: James Moore (Slim Harpo); Did Not Chart; 1957. Louisiana native James Moore first worked as a blues artist using the name Harmonica Slim and was a sideman for Lightnin’ Hopkins before recording the hive buzzing “I’m a King Bee” (later covered by The Rolling Stones) in 1957. Harpo had a lean, R&B sound that highlighted his drawling vocals, where he bragged about his buzzing and stinging and honey making skills. (Harpo also noted that he did his best work when the queen’s regular man was gone). Author Randy Fox, “The plodding, muffled bassline and percussion of ‘I’m a King Bee’ invoked an otherworldly atmosphere, where the harmonica and the half-spoken hillbilly-tinged vocals floated like a cloud of insects on a sweltering summer evening in the Louisiana swampland. It was all driven by the simplest but most effective guitar solo ever. The sound was as revolutionary as the musical mash-ups of Elvis Presley’s ‘That’s All Right’ or Chuck Berry’s ‘Maybellene.’”

642. “I Can’t Quit You Baby,” Otis Rush. Songwriter: Willie Dixon; #6 R&B; 1956. Otis Rush made the pilgrimage from Philadelphia, Mississippi to Chicago in 1949 and shortly thereafter was inspired by Muddy Waters to become a blues guitarist. Otis Rush has a love like a bad drug habit on “I Can’t Quit You Baby,” one that he knows that he can’t walk away from, but hopes to put down for a while. Willie Dixon reportedly wrote the song based upon Otis Rush’s real life romantic drama. Author Dave Rubin, “Otis Rush was the most dramatic electric guitarist to come out of Chicago in the fifties. Like a saxophone player, he would take a deep breath drawn from his rural roots and then exhale a welter of twisting phrases through his instrument. He sang with a fervor that whispered and screamed the agony and ecstasy of the human experience.” An inferior version of “I Can’t Quit You Baby” was included on the first Led Zeppelin album and it was the closing track on the Rolling Stones’ highly regarded 2016 covers album “Blue and Lonesome.” Rush was also an innovator in incorporating Latin rhythms into the blues. Carlos Santana has noted that Rush’s 1958 single “All Your Love (I Miss Loving)” was a major influence on his sound.

641. “Rock with You,” Michael Jackson. Songwriter: Rod Temperton; #1 pop/#1 R&B; 1979. Disco music was suffering a severe backlash by 1979, most likely due to a combination of the ubiquity of the 4/4 dance beat and that many of the genre’s biggest stars were African-Americans. One of the most significant pop culture moments of the year was when the Chicago White Sox partnered with shock jock pioneer Steve Dahl for Disco Demolition Night. During the event, a large number of records were destroyed with explosives and a small riot ensued on the field of Comiskey Park. “Rock with You” wasn’t an obvious disco song, it was slowed down enough to be performed in a mid-tempo ballad style, but it was still informed by the genre. Jackson’s vocal performance displayed the confidence and charisma of a pop star at the top of his game and this single slipped by the “Disco Sucks” crowd on its way to #1.