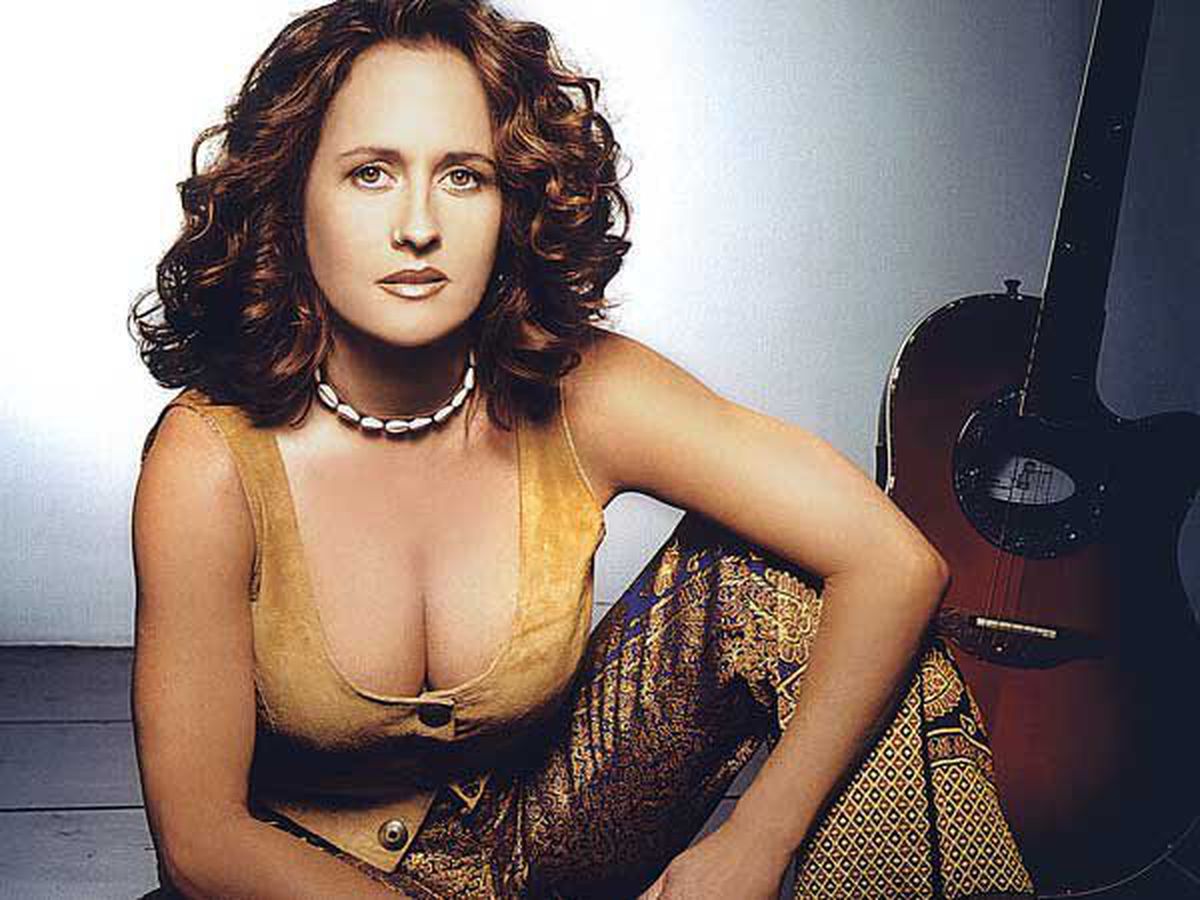 640. “I Can’t Stand the Rain,” Ann Peebles. Songwriters: Ann Peebles, Don Bryant, Bernard Miller; #38 pop/#6 R&B; 1973. Producer Willie Mitchell has become almost synonymous with the work of Al Green, however, he signed St. Louis soul singer Ann Peebles to a recording contract in 1968. Peebles released nineteen R&B hits from 1969 to 1979, but only made the Top Forty with the funky heartbreak of “I Can’t Stand the Rain.” Willie Mitchell added a plinky electric timbale hook to the intro and Peeble’s yearning vocals would give this gritty soul effort a lasting impact – a disco cover by Eruption went to #18 on the pop charts in 1978, Tina Tuner had a major European with her 1985 take, and Missy Elliott sampled the track for her 1997 hit “The Rain (Supa Dupa Fly).’ John Lennon’s praise for Peebles’ original was short, but effusive, “It’s the best song ever.”

639. “Brimful of Asia,” Cornershop. Songwriter: Tjinder Singh; Did Not Chart; 1997. The U.K. indie pop band Cornershop formed in England in 1991 and had their biggest success with “Brimful of Asia,” a song about film culture in India. (A remixed version by Fatboy Slim was a #1 U.K. pop hit in 1998, but I prefer the original). The lyrics are about people finding hope during difficult times via movies and music (“Everybody needs a bosom for a pillow, mine’s on the 45”). Rock critic Sam Walton, “(A) serene, tumbling groove of a song which remains both one of the crispest and one of the most original exultations of music’s therapeutic capability. In common, ironically, with a lot of Britpop, the song is unabashedly nostalgic, name-checking bygone heroes and record labels, but the act of (Tjinder) Singh taking a piece of his particular heritage and then reshaping it to become part of the general pop lexicon feels so generous that any sentimentalism is quickly forgiven. When the imagined ‘77,000-piece orchestra set’ surfaces at the song’s end, it must be a stony heart that doesn’t flutter a little.”

638. “Lovergirl,” Teena Marie. Songwriter: Teena Marie; #4 pop/#9 R&B; 1984. Rock critic Rock critic Chuck Eddy in 2010, “Possibly music history’s most important European American artist whose audience is primarily African American, Lady T comes equipped with as loud and unguarded a voice as any soul diva.” Teena Marie sounded like a Liz Phair who could sing when proclaiming, “I just want to be your lovergirl/I just want to rock your world,” following the introduction of, “Coffee, tea or me baby, touche ole.” Marie had sued Motown in 1982 (“every good artist needs a lawsuit” she once quipped to Billboard) and had her only major crossover hit on Epic Records with “Lovergirl,” a mixture of dance, funk, rap, and rock music. Marie on her unique identity in pop music, “I’m a black artist with white skin. At the end of the day you have to sing what’s in your own soul.” Rick James, “Never in my life had I heard such a range with so much passion.”

637. “The Big Country,” Talking Heads. Songwriter: David Byrne; Did Not Chart; 1978. In the early days of the Talking Heads, David Byrne came across as the kind of person who could make a cup of coffee nervous. He was a j-j-jittery k-k-kind of g-g-guy. In collaboration with producer Brian Eno, the Talking Heads started broadening their musical territory on the 1978 “More Songs About Buildings and Food” album. “The Big Country” is a slow paced, loping number with a country feel. After a million country songs about the superiority of rural living, Byrne surveys the farmlands and customs of middle America and ultimately registers nothing but disgust, summarizing, “I wouldn’t live there if you paid me.” Audaciously funny. Author Ian Gittins, “This was Byrne’s lyric writing at its best: provocative, angular, and subverting expectations.”

636. “Tearing Down This Place,” Freedy Johnston. Songwriter: Freedy Johnston; Did Not Chart; 1992. Like “They’ll Need a Crane” by They Might Be Giants in the late 1980s, Freedy Johnston compares the dissolution of a relationship to the need to raze a structure on “Tearing Down This Place.” Similar to his minor hit “Bad Reputation,” Johnston uses repetition for a devastating impact, noting “Here’s the room where they laid awake through a complicated night/He was starin’ at the wall and she cried and cried and cried.” Robert Christgau, “Like so many of Johnston’s metaphors, it’s palpable. You can see him doing day work on a demolition crew, and wondering who lived there, and finally projecting his own dead memories into the space. Johnson is modest in everything but his perfectionism.” “Tearing Down This Place” is a reminder that nothing is closer to death than unrequited love.

635. “Public Image,” Public Image Ltd. Songwriters: John Lydon, Keith Levene, Jah Wobble, Jim Walker; Did Not Chart; 1978. This U.K. Top Ten hit was the first single for John Lydon’s post Sex Pistols band Public Image Ltd, frequently referred to as PiL. Lydon on the song’s inspiration, “It’s a slagging of the group I used to be in. It’s what I went through from my own group. They never bothered to listen to what I was fucking singing, they don’t even know the words to my songs. They never bothered to listen, it was like, ‘Here’s a tune, write some words to it.’ So I did. They never questioned it. I found that offensive, it meant I was literally wasting my time, ’cause if you ain’t working with people that are on the same level then you ain’t doing anything. The rest of the band and (manager) Malcolm (McLaren) never bothered to find out if I could sing, they just took me as an image.” While known as being a more experimental act than the Sex Pistols, “Public Image” was a pop song, albeit still defined by Lydon’s anarchic rage. The Edge of U2 would nick Keith Levene’s guitar sound from this single and use it as the basis for a most profitable career.

634. “Radio Free Europe,” R.E.M. Songwriters: Bill Berry, Peter Buck, Mike Mills, Michael Stipe; Did Not Chart; 1981. R.E.M. emerged from Athens, Georgia in the early 1980s to become the definitive “college rock” band of that era. Michael Stipe on R.E.M.’s early songwriting efforts, “We were all so scared of what the other one would say, that everyone nodded their head in agreement to anything to come up. The earlier songs were incredibly fundamental, real simple, songs that you could write in five minutes. Most of them didn’t have any words. I just got up and howled and hollered a lot.” Chris Stamey describing the appeal of this landmark college rock single, “’Radio Free Europe’ evidenced a kind of fast, melodic guitar pop largely absent from the indie bins at the back of the college-town record stores in those years. For one thing, the guitar tone was clear and plain, not distorted. This clarity let richer, ‘extended’ chords come out effectively. Letting some open strings ring against chords played as arpeggios is a great way to make three or four musicians sound much bigger.” Mike Mills, “At that time, Michael’s voice acted primarily as an instrument, alongside the bass, guitar, and drums. The emotion in Michael’s voice was enough so that even without linear lyrics, he was able to communicate a great deal of feeling.”

633. “Polk Salad Annie,” Tony Joe White. Songwriter: Tony Joe White; #8 pop; 1969. Louisiana native Tony Joe White, the king of the swamp rockers, moved to Nashville to record in the late 1960s. His only U.S. Top 40 hit as a performer was “Polk Salad Annie,” a humorous tale about a Southern culinary delight and a woman who made alligators look tame. White, “Annie, she could have been one of maybe three or four girls along that river there because all the girls were kinda tomboys. They loved to fish, climb trees shoot rifles. That kind of stuff.” And the polk (dramatic pause) salad? “I ate a bunch of it growing up on the cotton farm. It grows wild, and you pick it a certain time during the year, and you boil it and cook it like greens. I still eat some every spring.” Elvis Presley recorded “Polk Salad Annie” in 1970 and White also wrote Brook Benton’s 1970 Top Five single “Rainy Night in Georgia.”

632. “Knapsack,” Amy Rigby. Songwriter: Amy Rigby; Did Not Chart; 1996. Pennsylvania native Amy Rigby was a member of the New York folk trio The Shams in the late 80s/early 90s, before starting a solo career that began with the wonderfully named 1996 album “Diary of a Mod Housewife.” Rigby wants to pour her heart out to a bookstore clerk that she has an obsessive crush on in “Knapsack,” yet can’t find the courage to talk to him. At least, she got to see him touch her book bag. Rigby, from her wonderful biography, “Girl to City,” “I’d written the song during one of my temp assignments near Wall Street. I played my Guild acoustic and sang, remembering the morning climb up the subway stairs; the daily boredom of my cubicle at Standard & Poor’s and the jolt of pleasure from a second’s encounter with a bag check guy in the Barnes & Noble superstore. I’d felt like Tom Petty when I wrote the song, heroic, picturing office workers all over the city standing up from their ergonomic chairs to shout ‘I’m alive!’ like they were in a bad music video, dancing in white shirts, Ann Taylor sale rack skirts and Payless pumps. I’d played the song live with a band but decided it had to be recorded solo. When I finished I felt like I’d said something that maybe hadn’t been said in a song before.”

631. “Mirror in the Bathroom,” The English Beat. Songwriters: Ranking Roger, Andy Cox, Everett Morton, David Steele, Dave Wakeling; Did Not Chart; 1980. The English Beat, a Birmingham, England based band influenced by ska and reggae, made music that sounded good both for the dancefloor and for the overthinking headphone crowd. Singer/songwriter Dave Wakeling explaining that the lyrics to “Mirror in the Bathroom” were not inspired by cocaine, “It was thinking about how self-involvement turns into narcissism and how narcissism turns into isolation, and then how isolation turns into self-involvement again, and how what a vicious cycle that can become.” “Mirror in the Bathroom” peaked at #4 on the U.K. pop chart and was also a U.S. dance hit. Author Jim Connelly, “Kicking off with an Everett Morton drumroll that instantly gets subsumed into David Steele’s churning bass, Saxa’s sneaking sax and the airy guitars of Dave Wakeling and Andy Cox, ‘Mirror in The Bathroom’ in tunneling inside your head even before Dave Wakeling opens his mouth to sing. It’s as energetic as any punk song of the era, yet totally light on its feet. It’s not quite full-blown reggae or ska either, though it would fit in any playlist of either genre. It’s a whole new thing.”