Author John Mendelssohn, “If you don’t love ‘Born to Run,” you have a hole in your soul.”

Years after its release, Bruce Springsteen stated, “In 1975, when I went into the studio to record ‘Born to Run,’ I wanted to make a record with words like Bob Dylan, that sounded like Phil Spector’s productions, but most of all I wanted to sing like Roy Orbison.”

Springsteen’s overriding theme was that music wasn’t about entertainment or diversion – it was a necessity for survival. The power and beauty of “Born to Run” is heroic, breathtaking. Musically, Springsteen updated the Wall of Sound with crescendos and peaks that Spector could only dream about. Lyrically, he’s desperate for a different kind of love – not one of support or comfort, but one of transformation. The narrator views his love for Wendy as a means of completing changing what is possible for him to accomplish and explore throughout his life, even if he wants to die with her in an everlasting kiss. Springsteen, “I wanted it to sound enormous, to grab you by your throat and insist that you take that ride, insist that you pay attention – not just to the music, but to life, to being alive.” On “Born to Run,” Springsteen didn’t match the standards of his musical heroes or his personal ambitions on his last chance power drive for rock ‘n’ roll stardom. He surpassed them in remarkable fashion.

Springsteen’s was in his mid-20s when he released “Born to Run” and his entire life was a slow build to that moment. The biography is well known. The Boss was born into a lower middle class household in Freehold, New Jersey. His mother, a law office secretary, was his protector and provider. It was his mother who scraped together the funds to purchase Springsteen’s first guitar. His father was an alcoholic factory worker, emotionally distant, and borderline physically abusive. Springsteen’s DNA was jolted by the arrival of Elvis in the 1950s and by the Beatles during the 1960s. When he started growing out his hair, as was the trend inspired by the Mop Tops, his father feared his son was gay.

In addition to his frequently unpleasant home life, Springsteen was also raised in the restrictive, punishment-based customs of Catholic school. Bruce, “In Catholicism, there existed the poetry, danger and darkness that reflected my imagination and my inner self. I found a land of great and harsh beauty, of fantastic stories, of unimaginable punishment and infinite reward.” Clearly, Springsteen left one church to create another. He didn’t view music as a path to stardom or great wealth, although he did acquire both. He viewed his art as an alternate road to salvation for himself and, potentially, his audience. Rock ‘n’ roll was a reason to live. A reason to believe.

Besides Elvis and the Beatles, like most musical wizards, Springsteen soaked up all the music of his era. Perhaps no other mainstream rocker of the 1970’s was as influenced by the pre-Beatles 1960s music than Springsteen. His love of classic frat rock and Gary “U.S.” Bonds shaped the upbeat sounds of the E Street Band. A subtler influence came from the Drifters. Let’s see if this theme sounds familiar. Bruce, “’This Magic Moment,’ ‘Saturday Night at the Movies, ‘Up on the Roof’ (were) records that summoned the joy and heartbreak of everyday life. This music was filled with deep longing, a casually transcendent spirit, mature resignation and …hope…hope for that girl, that moment, that place, that night when everything changes, life reveals itself to you, and you, in turn, are revealed.”

There was nothing in the first two Springsteen albums that presaged the majestic power of “Born to Run.” Springsteen’s 1973 debut album, “Greetings from Asbury Park, N.J.,” combined folkie singer/songwriter material with a side dish of soggy melodrama. It was a record filled with more promise than substance. “The Wild, the Innocent & the E Street Shuffle,” also from 1973, was a major improvement – a full band collaboration with a loose, fun, R&B edge. “Rosalita (Come Out Tonight),” with its money line about the singer being worthy of parental approval “because the record company, Rosie, just gave me a big advance,” was his first indisputable triumph. However, the overall sound wasn’t tight enough to conquer arenas.

There were two major personnel changes in Bruce’s camp in 1974. Springsteen fired drummer Vini “Mad Dog” Lopez, a percussionist who could be complimented for being creative or critiqued for being over exuberant. Dave Marsh described his work as “ham fisted.” Drummer/Asbury Park native Ernest “Boom” Carter took a much more disciplined approach on “Born to Run,” the only song he ever backed Springsteen on in the studio. Perhaps, more importantly Jon Landau joined the Springsteen team. Landau had been a scribe for “Rolling Stone” in its foundational years and has worked as a producer, most notably on the MC5’s “Back in the USA,” a move from psychedelic inspired guitar rock toward a more traditional hard rock sound. It was Landau who famously wrote, for Boston’s “Real Paper” in 1974, “I saw rock and roll’s future and its name is Bruce Springsteen.” That summary has been frequently lampooned, but Landau also saw the bigger picture – “Springsteen does it all. He is a rock ‘n’ roll punk, a Latin street poet, a ballet dancer, an actor, a joker, bar band leader, rhythm guitar player, extraordinary singer, and a truly great rock’n’roll composer. He leads a band like he has been doing it forever.”

Landau served as co-producer of “Born to Run,” would eventually become Springsteen’s manager, and was the singer’s primary intellectual sounding board. It was Landau who encouraged a more compact production. Springsteen, “He guarded against overplaying and guided our record toward a more streamlined sound. I was ready to give up some eclecticness and looseness, some of the street party, for a tighter punch to the gut.”

Springsteen on composing “Born to Run,” “I was in the midst of giving myself a crash tutorial in fifties and sixties rock ‘n’ roll. At night, I’d switch off the lights and drift away with Roy Orbison, Phil Spector, or Duane Eddy lullabying me to dreamland. These records now spoke to me in a way most late-sixties and early-seventies rock music failed to. There was little self-indulgence in them. They didn’t waste your time with sprawling guitar solos or endless monolithic drumming. There was opera and a lush grandness, but there was also restraint. This aesthetic appealed to me as I moved into the early stages of writing for ‘Born to Run.’ From Duane Eddy came the guitar sound, the twanging guitar lick. From Roy Orbison came the round operatic vocal tone of a young aspirant with limited range attempting to emulate his hero. From Phil Spector came the ambition to make a world-shaking might noise.”

The song begins as a stirring guitar anthem and describes the primary method of escape as being the open road and a hot car – a theme that had been in the rock ‘n’ roll playbook since Ike Turner’s band, under the name Jackie Brenston and His Delta Cats, released “Rocket 88 in 1951.” Ike Turner just wanted to impress a girl with a joy ride. Bruce, of course, wanted much, much more. What Bruce is proposing to his love interest is to be her protector (“Wendy, let me in, I want to be your friend, I want to guard your dreams and visions”), but he’s not looking for a love of comfort or even mere passion. What Springsteen is seeking is a transformational love, the kind of love that completely changes the arc of what is possible in his and Wendy’s life. In short, he’s saying, trust me, and we’ll be each other’s ticket to a completely different world.

Springsteen merged a contemporary rock ‘n’ roll band setting with his 1960’s influences by giving Clarence Clemons a triumphant sax solo turn. Springsteen on meeting Clemons, “(He was) King Curtis, Junior Walker and all my rock ‘n’ roll fantasies rolled into one.” Clemons served as a visual reminder to Springsteen’s debt to rhythm and blues music, but, on record, the racial complexities of music culture and society in general meant nothing. Clemons blasted away, reminding the listener of the sense of freedom and elation that can come from the simple act of dancing.

After Clemons concluded, the lead singer still had an ace in the hole, taking center stage again with the lyrics, “The amusement park rises bold and stark/Kids are huddled in the beach in a mist/I wanna die with you, Wend, on the streets tonight in an everlasting kiss.” This is the all -consuming passion that rock ‘n’ roll was built to deliver, that teenage sense that you could build a new identity through love that would be eternal. “Born to Run” is the idea that love conquers all, placed on top of the most sweeping, grand musical background ever recorded.

In “Born to Run” Springsteen found more than his place where he walked in the sun. He found, as the Drifters had earlier in his life “hope for that girl, that moment, that place, that night when everything changes, life reveals itself to you, and you, in turn, are revealed.” 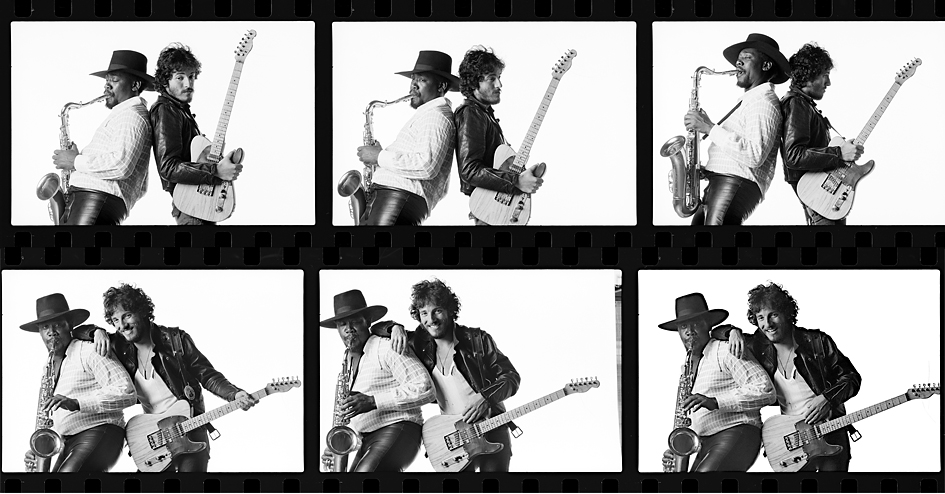 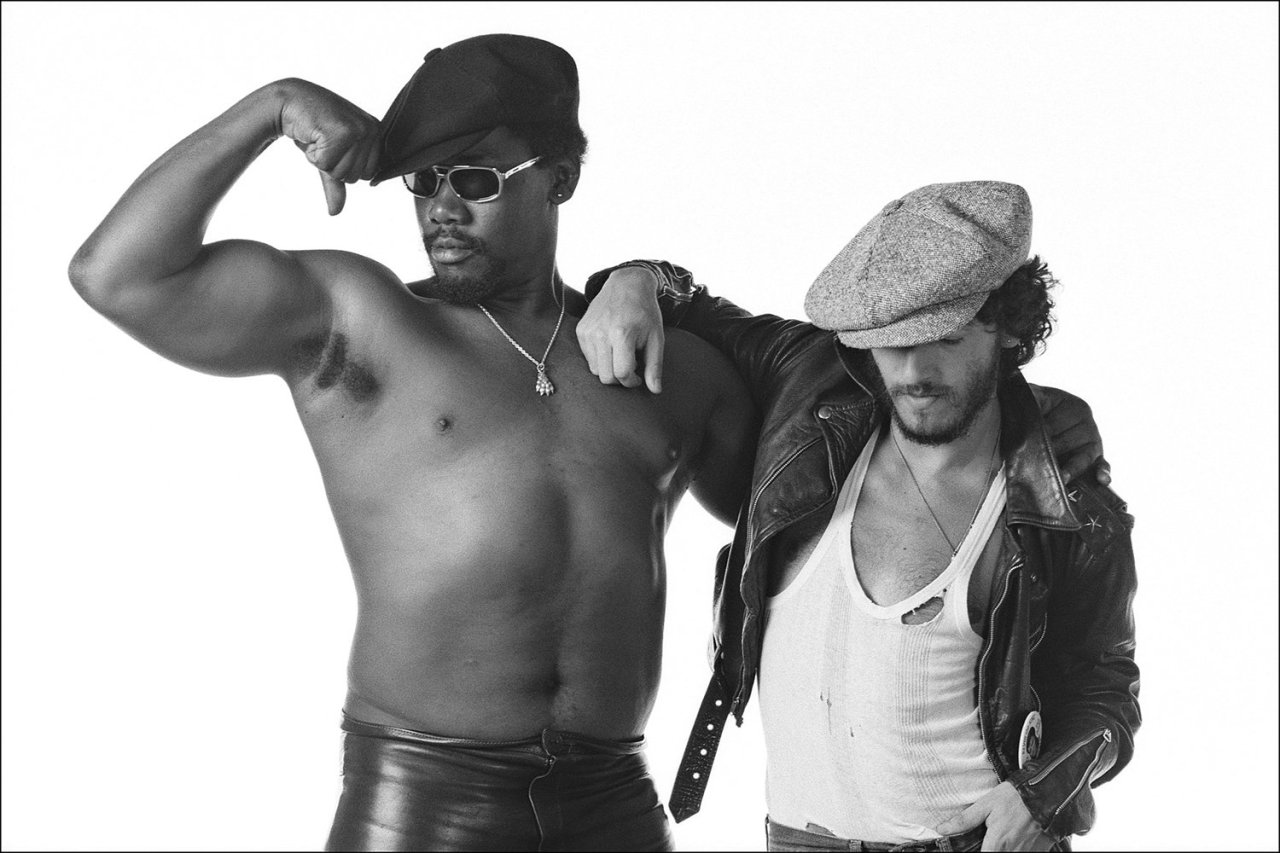 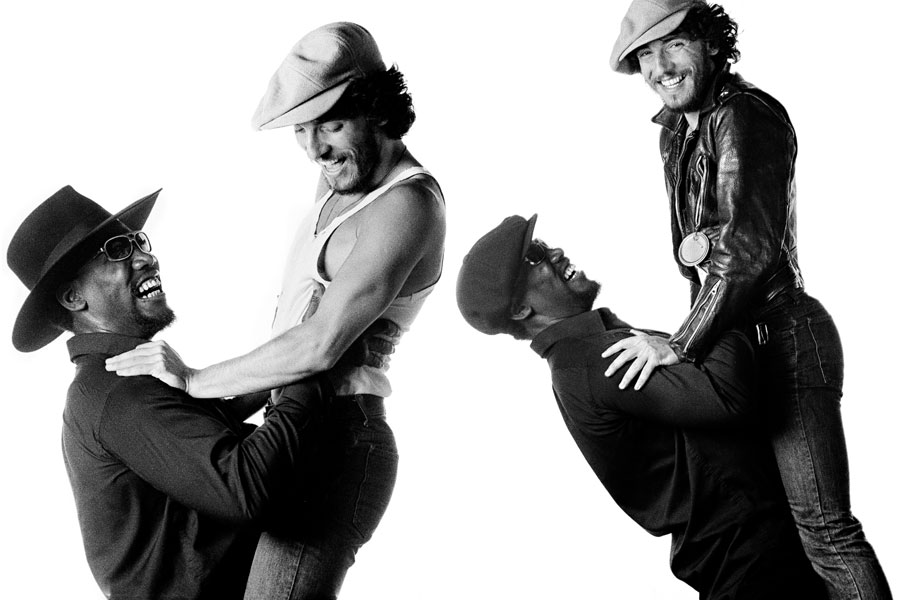 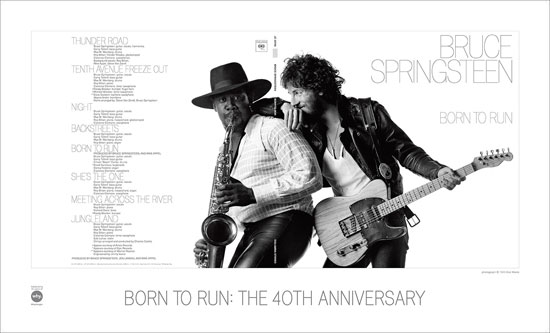