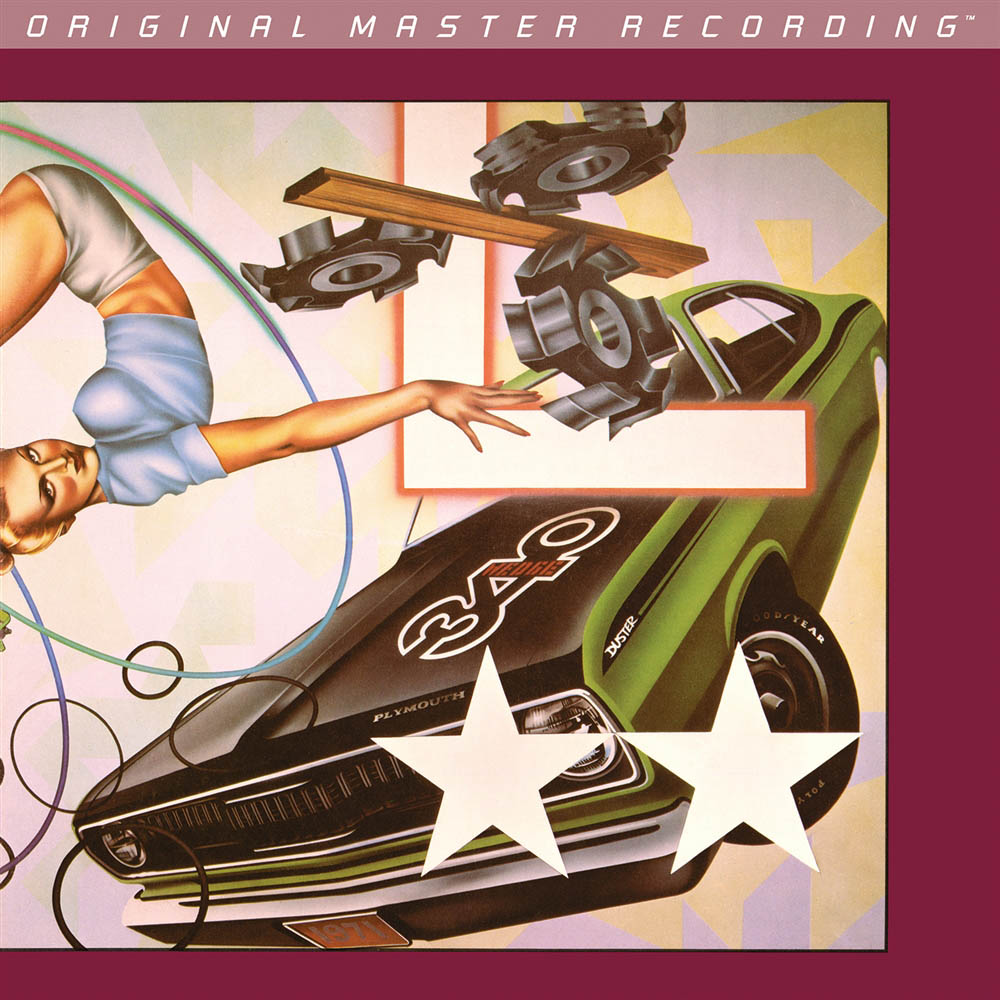 I’ve got the brains, you’ve got the looks – let’s make lots of money.

860.  “Electric Avenue,” Eddy Grant. Songwriter: Eddy Grant; #2 pop; 1983. Eddy Grant was born in a British colony in South America in 1948 and relocated to London in 1960.  He formed the pop/rock band The Equals who had a U.K. #1 single in 1968 with “Baby Come Back.” Grant scored major hits throughout Europe in the early 1980s with “Do You Feel My Love” and “I Don’t Wanna Dance” before having his only major U.S. hit with “Electric Avenue.”  Grant has stated that “Electric Avenue” was inspired by the riots that occurred in the South London area known as Brixton in 1981, an area known for high unemployment and racial tensions.  Rock critic Jo-Ann Greene’s description of the song, “An almost primordial slab of funk, punctuated by a pounding, insistent rhythm that pumps across the grooves like Brixton’s own heartbeat, the electro-effects rev like car engines, while the percolating synthesizer gives the song a bouncy lilt, a lot like striding through the town on market day.”  Grant’s only other U.S. top 40 hit was 1984’s “Romancing the Stone” which peaked at #26.

859.  “Magic,” The Cars. Songwriter: Ric Ocasek; #12 pop; 1984. After recording several albums with producer Roy Thomas Baker, The Cars switched to metal maven/hookmeister Robert “Mutt” Lange for their 1984 “Heartbeat City” album, which yielded five Top 40 singles on its way to quadruple platinum.  Rock critic Don Shewey, “The best uptempo cut is ‘Magic,’ a juicy morsel of fun-food pop. The track opens with what sounds like a spaceship beeping, then crashes into heavy-metal power chords and typical Cars keyboards, while tickling the ears with sonic tricks and gizmos (a silly tongue-clicking noise illustrates the line about ‘high shoes with the cleats clicking’).” Ric Ocasek on the recording process, “It got to the point where just about anything that could be played by hand in three minutes, we’d spend three days programming. We were toying with technology, seeing how far we could go. It was like a game. But we slowly lost interest in what we started to do in the first place, because we tried to get it all too perfect. It was a great learning experience, but it can be stifling. There should be some spontaneity.”

858.  “It’s All Over Now,” John Anderson. Songwriters: Bobby Womack, Shirley Womack; #15 country; 1985. Rock ‘n’ roll hero/soul legend Bobby Womack, who performed with Sam Cooke before dropping out of high school at the age of sixteen, wrote “It’s All Over Now” with his sister-in-law Shirley Womack.  The song was a minor hit for Womack’s group The Valentinos, but became an international smash when released by The Rolling Stones in 1964.  (Womack was initially angered that the Stones covered his song, lifelong royalties soothed those feelings).  “It’s All Over Now” has become a standard in pop, blues, and country music having been covered by over seventy artists, including Waylon Jennings, Rod Stewart, Molly Hatchet, the Grateful Dead, and Wanda Jackson.  John Anderson’s version is as aggressive as commercial country music would get in the 1980s.

857.  “Tragedy,” Hanoi Rocks. Brett Callwood of L.A. Weekly, “It seems like a geographical oddity that the missing link between The New York Dolls and the Sunset Strip came courtesy of Finland of all places, but facts are facts. Michael Monroe’s Hanoi Rocks took post-Stones dirty blues licks, a rough-around-the-edges vibe and glam-inspired anthems (plus fashion tips) from the Dolls and gave the whole package a touch of spit and polish. Just enough to make the songs a tad more accessible to a wider audience, but not so much as to do away with theit decadent, raw character. ‘Tragedy’ was the first song from the debut ‘Bangkok Shocks, Saigon Shakes, Hanoi Rocks’ album, and it’s the perfect example of a Hanoi gem — memorable yet throwaway riffs and Monroe’s drawl giving way to the poppiest of choruses.”

856.  “Anniversary,” Graham Parker. Songwriter: Graham Parker; Did Not Chart; 1983. Rock critic J.D. Considine in 1983, “Marriage seems to have done well by Graham Parker. On ‘The Real Macaw,’ his first album since wedding his ‘Jolie Jolie,’ he sounds confident and assured – in better form, in fact, than on either ‘Squeezing Out Sparks’ or ‘Heat Treatment.’ It isn’t that domestic bliss has mellowed him; ‘Just Like a Man’ starts the album with the same biting delivery we’ve come to expect from Parker, while both ‘You Can’t Take Love for Granted’ and ‘Anniversary’ suggest that Parker’s married life hasn’t been entirely blissful.”  This is a much more mature look at marriage than normally found in pop music, recognizing that relationships involve both darkness and hope.

855. “Late in the Evening,” Paul Simon. Songwriter: Paul Simon; #6 pop; 1980.  Before Paul Simon brought African grooves to the masses, he did the same thing with salsa. Rolling Stone magazine, ”From the moment that ‘The Sound of Silence’ hit big in 1965, Paul Simon faced nothing but incredible success for 15 years. Then he decided to write a movie and star in it. 1980’s ‘One Trick Pony’ features Simon as a washed-up folk rocker trying to orchestrate a comeback. It was such a fiasco that he reunited with Garfunkel for a two-year reunion tour the following year just to regain the love of the public. The ‘One Trick Pony’ soundtrack also failed to find an audience, but the single ‘Late in the Evening’ has become a classic that Simon rarely gets offstage without playing. It’s a funky look back at his early years when he discovered music and met his first love. Few people remember the movie or the soundtrack, but they know this song.”

854.  “Opportunities (Let’s Make Lots of Money),” Pet Shop Boys. Songwriters: Neil Tennant, Chris Lowe; #10 pop; 1986. Neil Tennant, “It was meant to be an anti-rock-group song… it’s the same idea as that anti-hippie album by Frank Zappa and the Mothers of Invention, ‘We’re Only in It for the Money.’ It’s a wind-up.” American audiences may not have grasped onto the sarcastic humor of the song, instead latching onto the radio friendly chorus and accepting the premise at face value.  Tennant on constructing the image of the Pet Shop Boys, “We’ve always tried to make it look effortless, as if our pop career was something we dashed off in between doing something else much more important.”

853.  “Sun City,” Artists United Against Apartheid. Songwriter: Steven Van Zandt; #38 pop; 1985. The protest anthem “Sun City” was written by Steven Van Zandt as a way to address the racial segregation in South Africa.  Van Zandt, “I’d noticed that the sports boycott, which was in place, was very effective. The Afrikaaner were extremely upset they couldn’t compete in the Olympics. They were very, very competitive. So I thought, that’s an interesting weakness. Now let’s take it to the cultural side, which is something that we can do as artists, and I’ll use Sun City (a luxury resort and casino) as this symbol of apartheid. They were over-paying everybody to come down there and perform at Sun City, so I decided to use that as a symbol, and told myself if I could really tighten up the cultural boycott we could then make the next move toward the economic boycott.”  Apartheid ended during the early 1990s, making way for Nelson Mandela to transition from political prisoner to President.  Van Zandt, “We can look back on it now as some very enjoyable nostalgia, because we won.”

852.  “Waiting for Mary (What Are We Doing Here?),” Pere Ubu. Songwriters: Chris Cutler, Jim Jones, Scott Krauss, Tony Maimone, Allen Ravenstine, David Thomas; Did Not Chart; 1989.  Working with producer Stephen Hague, whose credits included the Pet Shop Boys and Orchestral Manoeuvers in the Dark, the avant-garage act Pere Ubu released their most commercial sounding album with 1989’s “Cloudland.”  “Waiting for Mary” sounds like an Alzheimer’s sing along number (“Welcome to Mars! It’s open all hours/’What are we doing here?’”) and was actually a Top Ten Modern Rock track.  Bandleader David Thomas, “We’d never been asked to write a pop record before. I guess it never occurred to anyone.”

851.  “Holding On to the Earth,” Sam Phillips. Songwriters: Sam Phillips, T Bone Burnett; Did Not Chart; 1988.  Not the founder of Sun Records, this singer/musician started her career performing contemporary Christian music under her given name Leslie Phillips before turning toward a mainstream pop sound.  Phillips describing her music in 1989, “I love melody, I love songs with structure. Lately, music has been more about feel, about mood, or creating a mood. I hope more melody comes back to music. I`d love to carry that tradition.”  Her alternative rock hit “Holding On to the Earth” is psychedelic pop from someone who would rather ask unanswerable questions than be wed to the tried and true.