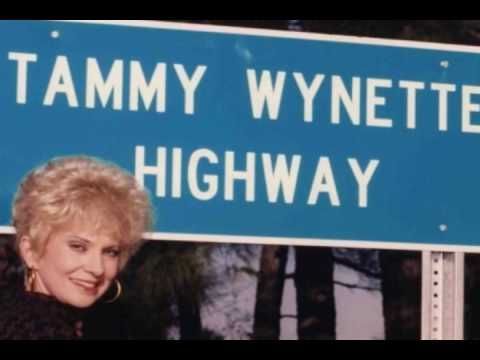 I got there in the nick of time, before he got his hands across your state line.

850.  “Cheating in the Next Room,” Z.Z. Hill.  Songwriter: George Jackson; #19 R&B; 1982.  With a stage name inspired by B.B. King, East Texas native Arzell Hill recorded for over two decades, with only three top twenty R&B singles for his efforts – 1971’s “Don’t Make Me Pay for His Mistakes,” 1977’s “Love is So Good When You’re Stealing It,” and 1982’s “Cheating in the Next Room.”  He recorded for Capricorn, United Artists, and Columbia, but his biggest success came with association with Malaco Records in the early ‘80s; his 1982 album “Down Home” spent almost two years on the Billboard soul charts.  Z.Z. listens to his lover make plans with another man on “Cheating in the Next Room,” but instead of licking his wounds, he simply packs his bags. Hill never had a chance to capitalize on his early ‘80s success, dying of a heart attack in 1984 at the age of 48.

849.  “Unwed Fathers,” Tammy Wynette.  Songwriters: John Prine, Bobby Braddock; #63 country; 1983.  John Prine’s critical acclaim during the 1970s never translated into commercial success, leading him to some interesting experiments.  He went to Sun Studios and cut a rockabilly inspired album in 1979 (“Pink Cadillac”), then starting collaborating with other songwriters for his 1984 “Aimless Love” album.  “Unwed Fathers,” co-written with Nashville legend Bobby Braddock, is a sympathetic look at teen motherhood, a theme the Bottle Rockets reprised on “Welfare Music.”  Tammy Wynette took the song from folk to country music, releasing the original version of the song as the lead track to her 1983 album “Even the Strong Get Lonely.”  Wynette’s “Unwed Fathers” only peaked at #63 on the country charts – perhaps the deadbeat dad theme served up a bit too much home truth for parts of her audience.

848.  “I Love it Loud,” KISS.  Songwriters: Gene Simmons, Vinnie Vincent; Did Not Chart; 1982. Jonathan Dick of Stereogum, “’I Love It Loud’ was a not so subtle reminder to the at-the-time quickly dwindling fanbase that KISS did in fact love it loud and could still play it loud. Much of that bombast and sonic clout comes courtesy of Eric Carr’s heavy-footed percussion. If Carr’s replacement of longtime drummer and founding member, Peter Criss, ever needed a point of favorable argument it would be found in the dominating percussive style heard on ‘I Love It Loud’ as well as the rest of the album. Penned by Simmons and the Ankh Warrior (Vinnie Vincent) who’d joined the band after the departure of Frehley, ‘I Love It Loud’ is as heavy as it is hook-friendly — a combination the glam rock kings had, at least for a few releases, distanced themselves from completely. The gang-style vocals threaded throughout the verse and chorus punch with the kind of hook-ready rhythmic sensibility that causes songs to go from being merely catchy to truly memorable.”

846.  “All My Ex’s Live in Texas,” George Strait. Songwriter: Sanger Shafer, Linda Shafer; #1 country; 1987. The theme of Ex’s in Texas wasn’t a new concept in 1987 – Willie Nelson wondered “Who Put All My Ex’s in Texas” in 1968 and Johnny Gimble released “Under the X in Texas” in 1976.  Songwriter Sanger Shafer was at a low point commercially during the early 1980s and had enrolled in a truck driving school.  Straight sought out Sanger material and the former pupil of Lefty Frizzell had writing credits on the #1 singles “Does Fort Worth Ever Cross Your Mind” and “All My Ex’s Live in Texas.”  Irony fans might enjoy knowing that this entry was written with Sanger’s fourth wife.  This winking look at lost loves and geographical escape became one of Strait’s signature songs.  Sanger later said the song was essentially true, but he changed the names “to protect the guilty.”

845. “Once Bitten, Twice Shy,” Great White. Songwriter: Ian Hunter; #5 pop; 1989. Ian Hunter wrote “Once Bitten, Twice Shy” in the mid-1970s, using rudimentary electronic technology.  Hunter, “Mick Ronson had a little drum machine and it had settings for rumba, samba, rock, snare and I just pressed them all. This drum rhythm was coming back at me. I used open G tuning and sort of rolled along with it. It all came together in ten hours.” Great White’s cover has more rock than roll, but it was good to hear Hunter’s waggish wit on pop radio.

844.  “Like the Weather,” 10,000 Maniacs. Songwriter: Natalie Merchant; #68 pop; 1988. 10,000 Maniacs formed in New York in 1981 and had their first chart appearance in 1988 with “Like the Weather,” a buoyant tune counterbalanced with a narrator so depressed that even breathing is a chore.  Bassist Steven Gustafson, “We liked to play toe-tapping music. Stuff you could dance to with a big beat. Natalie’s view of the world was sometimes in stark contrast to that joy we got from playing. It made us unique.” Merchant on her personality, “I was shy. Bookish. The kind of 13-year-old girl who, instead of having a boyfriend, would have a crush on a dead, 19th century author.”

843.  “You Make My Dreams,” Hall & Oates. Songwriters: Daryl Hall, John Oates, Sara Allen; #5 pop; 1981. John Oates, “It’s a great song, simple as that. ‘You Make My Dreams Come True’ represents a vibe, it represents a collaboration between myself and Daryl and the band in the studio in the ’80s. Its simplicity and directness is where the charm lies in that song.” Daryl Hall in 2009, “It’s funny – it’s ubiquitous, especially now. I think because it’s such a happy song, just a pure expression of joy. And it’s set to a really old-time-gospel kind of groove.” Ben Gibbard of Death Cab for Cutie, “’You Make My Dreams’ has the shuffling dance beat and pro-love lyrics of a true 1980s white-person-dance-party movie classic. Everybody cut footloose.”

842.  “If This Is It,” Huey Lewis and the News. Songwriters: Johnny Colla, Huey Lewis; #6 pop; 1984. Rock critic Steve Peake, “For all of its goofy elements both lyrical and music video-related, this tune actually strikes a pleasant and soulful groove, displaying a tasteful lead guitar opening. Very few artists in the ’80s exploited doo-wop harmonies as effectively or as often as Huey Lewis & the News, but this element certainly sets them apart. While that’s not always a good thing, it’s difficult to argue that the band at work here is not highly skilled and solidly professional.” Huey Lewis on the “Sports” album, “We were an unknown band that wanted to do it on our own terms, which we did, but we unabashedly aimed five of those tracks at radio. We didn’t know we were going to have five hits and that’s what we had. It holds together less as an album unlike our subsequent records. But as a collection of singles, it did the trick. Now you know why we called it ‘Sports,’ because it had a lot of hits.”

841.  “Edge of Seventeen,” Stevie Nicks. Songwriter: Stevie Nicks; #11 pop; 1982.  Jane Petty, the wife of Tom Petty, once told Stevie Nicks that she had met her husband at the “age of seventeen,” but communicated with such a strong Southern drawl that Nicks heard “edge of seventeen” and immediately thought the phrase would make a great song title.  Waddy Wachtel’s staccato guitar riff, which he may have borrowed from “Bring on the Night” by the Police, provided a dramatic foundation for Stevie’s curious white winged dove lyrics.  Wachtel, “It was suggested that I use a pedal effect on the intro to ‘Edge of Seventeen,’ but I laughed and said, ‘No, that’s ok. I can do that without one.’ And trust me – after a tour with Stevie playing that song, that sometimes can go from 14 to 17 minutes long, my right hand is strong enough to break open walnuts.”