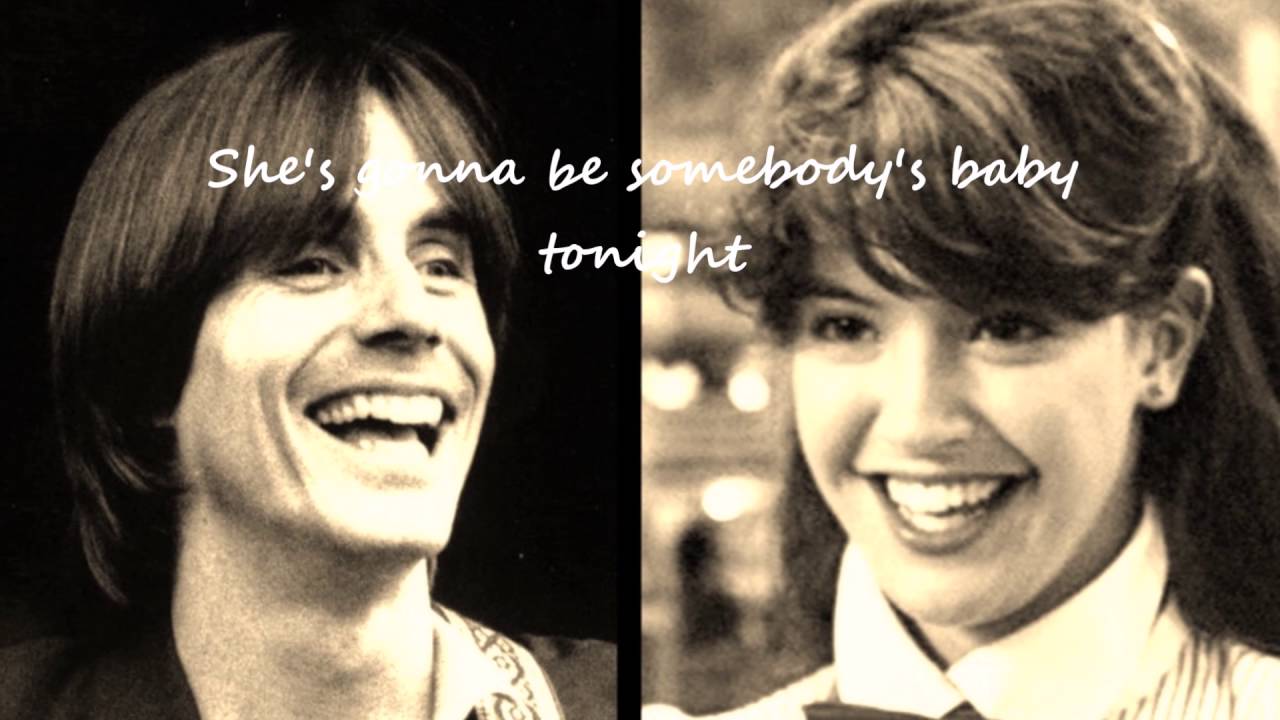 I feel magic when I touch your dress.

820.  “If I Had a Boat,” Lyle Lovett. Songwriter: Lyle Lovett; #66 country; 1988. If Lyle Lovett has a signature song, it would be “If I Had a Boat,” the fourth not terribly successful single released from the 1987 “Pontiac” album (that LP did include his last two Top 40 country singles – “She’s No Lady” and “I Loved You Yesterday”).  In naming this weirdo glue sniffer of a tune as the 87th greatest country song of all time, “Rolling Stone” described “If I Had a Boat” as “absurdist and meditative.”  Like everybody else, Lyle just wanted a boat and a pony and to be Roy Rogers (with no Dale Evans in the picture) and to inhabit Tonto to tell The Lone Ranger to kiss his ass.  When asked how he approached this song as an artist, Lovett replied, “I don’t know, I think songs like that approach you.”

819.  “Whole Lot of Me,” Aretha Franklin. Songwriter: Aretha Franklin; Did Not Chart; 1981.  It had been many years since Aretha had been a major presence on the pop charts in 1981 and the “Love the Hurt Away” album didn’t alter that reality, although the title duet number with George Benson went Top Ten R&B.  Author David Browne, “Whole Lot of Me,’ a luscious seduction song, engulfs her in sumptuous, hopping orchestral soul and inexplicably wasn’t a hit.” Aretha, who once said, “The man who gets me is getting one hell of a woman,” is clearly enjoying the concept of singing about her oversized…personality.  I hate to brag, but Aretha and I had a very close relationship on social media.  I once sent her a direct message on her Facebook account and she immediately blocked me.

818.  “Twilight Zone,” Golden Earring. Songwriter: George Kooymans; #10 pop; 1983. The Dutch rock band Golden Earring formed as a teenage act in 1961 and started scoring hits in the Netherlands in 1965. They released fifty Top 40 hits in their home country with their first #1 being 1968’ s bubblegum pop “Dong-Dong-Di-Ki-Di-Gi-Dong.” They had their first major international success with the late night, car driving rocker “Radar Love” in 1973 and returned to U.S. airwaves a decade later with “Twilight Zone,” a song inspired by the Robert Ludlum novel “The Bourne Identity.” Music journalist Michael Hann, “The usual explanation for the success of ‘Twilight Zone’ is that its stylish, cinematic promo clip became a staple of MTV, and that’s true. But it rather ignores the song, which is just about as good as AOR ever got. I’m not sure an American band would or could ever have written ‘Twilight Zone’: there’s a very European edginess and sense of discomfort to it, both lyrically and musically, which the faux noir video suits admirably.”

817.  “She’s Tight,” Cheap Trick. Songwriter: Rick Nielsen; #65 pop; 1982. Ira Robbins, “At a time when heavy metal had lost its menace and was fading into side-show stupidity, Cheap Trick — a powerhouse that had long been dominating Midwest clubs and bars — blew out of Rockford, Illinois and set about proving that commercial rock writ large enough for football fields could also be wry, cavalier and sarcastic. Rick Nielsen stepped right through the guitar hero stereotype, wringing out glorious garbage while upholding the nascent punk ethos by refusing to take the pose seriously.”  Though past their glory years, Cheap Trick returned to their irreverent attitude with the lascivious booty call number “She’s Tight” in 1982 from their gold certified “One on One” album. The primary riff on “She’s Tight” had been used on Eddie Cochran’s 1959 single “Somethin’ Else” and the English U.K. punk rock act The Vibrators resurrected it for 1977’s “Wrecked on You.” Of course, it was brand new to the guys in Poison.

816.  “Who Can It Be Now?,” Men at Work. Songwriter: Colin Hay; #1 pop; 1982. Colin Hay on the inspiration for his paranoia filled #1 pop hit, “I was living in a place called St. Kilda, which is a great part of Melbourne. It’s as close to a red-light district as you could get in Melbourne at that time. There were some people living next door who were moving a bit of product. Mistakes were made, and people would knock on our door looking for some kind of stimulant, and we didn’t have it. You were always hearing people banging on other people’s doors. We had one of those little spy holes, and I was always creeping toward the door when someone was knocking, to see who it was. I was never sure I wanted to open the door. When (producer) Peter McIan started to work on the song with us, he was the one who suggested moving the saxophone hook to the front of the song, which gave it it’s identifiable hook. And indeed there was a great saxophone solo in the song, and that was from the rehearsal take. It was perfect.”

815.  “Somebody’s Baby,” Jackson Browne. Songwriters: Jackson Browne, Danny Kortchmar; #7 pop; 1982. Danny Kortchmar developed the music for “Somebody’s Baby,” looking to place the song in the 1982 coming of age film “Fast Times at Ridgemont High.” Kortchmar on what became Browne’s highest charting single, “It was not typical of what Jackson writes at all. But because it was for this movie he changed his general approach and came up with this fantastic song. It’s a brilliant lyric. He wasn’t sure what to make of it himself. He didn’t want to put it on his album that he was making because it was atypical of what he did, but it ended up being something that got requested a lot and he ended up playing it live and taking it to his heart, as it were. And now he plays it all the time.”

814.  “Every Rose Has Its Thorn,” Poison. Songwriters: Bret Michaels, C.C. DeVille, Bobby Dall, Rikki Rockett; #1 pop; 1988. Bret Michaels on his power ballad that would later be a major influence on country music, “When we played ‘Every Rose’ for our label and management they told us it would end our career. They were like: ‘This song is not Poison. It starts with an acoustic guitar, and you’ve got this cowboy thing going on and it’s just sad.’ All of a sudden, it was a No. 1 song at pop radio, and at rock radio. And so you definitely felt—it wasn’t a shift, let’s call it an addition to the fan base. There was a massive addition of people who became interested in Poison, interested in going to see the concert.”  The inspiration?  Michaels’ calling his L.A. stripper girlfriend and discovering that she was sleeping with another, as yet unnamed, rock star.

813.  “Abracadabra,” The Steve Miller Band. Songwriter: Steve Miller; #1 pop; 1982.  Steve Miller grew up in Texas with a father who was both a physician and a major blues enthusiast.  Miller began his musical career as a blues oriented hard rock guitarist, then transitioned to a mainstream pop/rock sound during the 1970s. Miller embraced a modern era pop synthesizer sound on “Abracadabra,” a song that broke internationally before it was released as a U.S. single.  Miller, “I recorded it several times and it originally had a completely different set of lyrics. I had it on an album and at the very last minute I said, ‘You know, I love this music but I hate these lyrics. I’m taking it off. This music’s too good. I’m not going to throw that song away.’ So I pulled it off the record. Then three years later I wrote the lyrics in 15 minutes. I was out skiing and I saw Diana Ross and the Supremes. And after I came in from skiing I thought, ‘Man, how would the Supremes do this song?’ So I wrote ‘Abracadabra.’”

812.  “Vicious,” McAuley Schenker Group. Songwriters: Robin McAuley, Michael Schenker; Did Not Chart; 1989.  The namesakes of the McAuely Schenker Group were Irish vocalist Robin McAuley and German guitarist Michael Schenker (formerly of the Scorpions and UFO).  This international heritage allowed the band  to purchase hair mousse and off brand absinthe in several languages.  Despite a seven year run, McAuley Schenker only hit the pop charts once, peaking at (ha ha) #69 with “Anytime” in 1989, a power ballad that splits the difference between the dramatic posturing of Whitesnake and the campfire sing alongs of Bon Jovi.  “Vicious” was a Japanese only bonus cut, proving the band didn’t know when they stumbled across a solid riff. This is the type of song you can blast on your car stereo while letting the wind run through your hair to feel the power of metal.  When nobody is looking, of course.

811.  “The Heart of Rock ‘n’ Roll,” Huey Lewis and the News. Songwriters: Johnny Colla, Huey Lewis; #6 pop; 1984. Huey Lewis, “We worked most of our lives in the Bay Area. We’d always heard that Cleveland was a great rock and roll town, but I really didn’t get it. We played our first gig in 1979 or 1980 at the Agora Ballroom and it was a fabulous crowd. There was really something about the people in Cleveland and the way they understood the music. The next morning, I remarked on the tour bus, ‘You know, the heart of rock and roll really is in Cleveland,’ and the idea was born. It expanded to include great music towns that weren’t New York and L.A.”  For the alternate opinion, Blender magazine ranked this tune as the 6th “Worst Song Ever” behind (#5) “Ice Ice Baby,” Vanilla Ice, (#4) “Rollin’,” Limp Bizkit, (#3) “Everybody Have Fun Tonight,” Wang Chung, (#2) “Achy Breaky Heart,” Billy Ray Cyrus, and (#1) “We Built This City,” Starship.