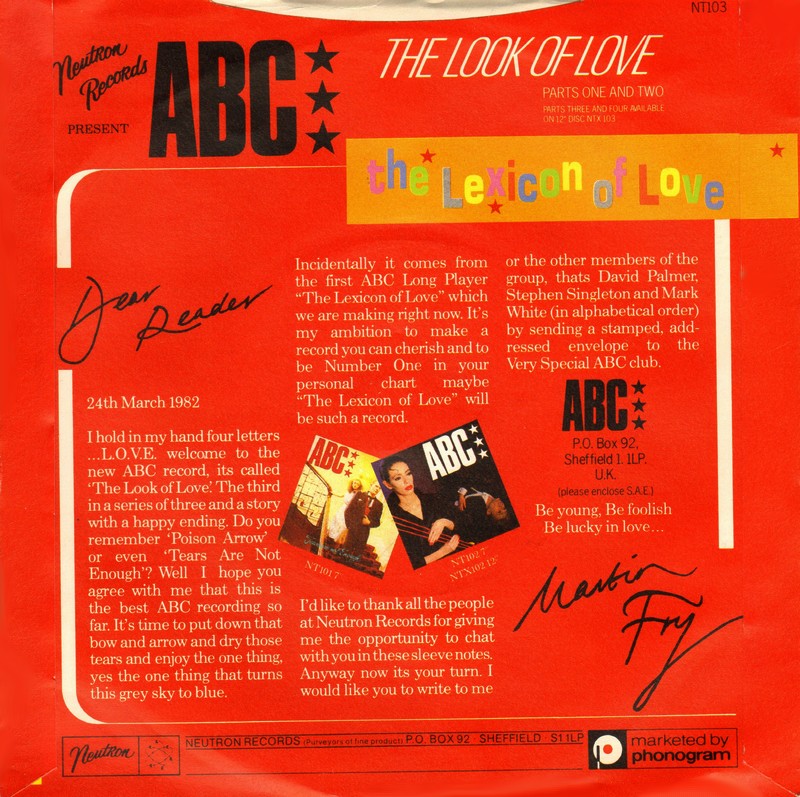 Don’t shoot someone tomorrow, that you can shoot today.

760.  “He’s So Shy,” The Pointer Sisters. Songwriters: Tom Snow, Cynthia Weil; #3 pop/#10 R&B; 1980. Songwriter Tom Snow, “I had been plugging away for weeks trying to find a ‘Hit’ hook. Everything I came up with sounded like derivative, melodic babble. One night I went into my studio after dinner and started playing G minor arpeggios on my Prophet 5 synth. That did the trick. Within thirty minutes I had the melody, chord changes and a working title. I knew immediately that I had come up with something very, very commercial. Not taking any chances I called Cynthia (Weil) the next day and asked her to write the lyric. We both thought the song would be a smash and our instincts were right. ‘He’s So Shy’ sold 1.5 million copies. I will be forever indebted to those G minor arpeggios.”

759.  “Working for the Weekend,” Loverboy. Songwriters: Paul Dean, Matt Frenette, Mike Reno; #29 pop; 1982.  What’s the difference between a Canadian and a canoe?  A canoe tips.  The dumb Canadian fake heavy metal band Loverboy had much more success than they deserved in the ‘80s, but “Working for the Weekend” was that decade’s equivalent to Loggins and Messina’s “Your Mama Don’t Dance,” an unavoidably good song by otherwise embarrassing act from a rock ‘n’ roll context.  Jeff Giles from the Ultimate Classic Rock website, “Kicking off with a cowbell and cascading synths, ‘Weekend’ summed up Loverboy’s early-’80s appeal in a brisk 3:40. Musically, it proved one of the more durable examples of the band’s pop-frosted approach to barroom rock, with a catchy arrangement and a modern production style that enhanced rather than overpowered the basic ingredients at the song’s core. Lyrically, it catered to the group’s meat-and-potatoes demographic without pandering.”

758.  “Karma Chameleon,” Culture Club. Songwriters: Boy George, Jon Moss, Mikey Craig, Roy Hay, Phil Pickett; #1 pop; 1984. Boy George, “The song is about the terrible fear of alienation that people have, the fear of standing up for one thing. It’s about trying to suck up to everybody. Basically, if you aren’t true, if you don’t act like you feel, then you get Karma-justice, that’s nature’s way of paying you back.”  His response to being sued by the writers of the 1960 Jimmy Jones hit “Handy Man,” “I might have heard it once, but it was certainly not something I sat down and copied. We gave them ten pence and an apple.” My favorite memory of “Karma Chameleon” comes from a high school girl from my hometown who was, let us say, more adventurous than her boyfriend.  She altered the lyrics to, “Every day is like revival/You’re my lover, not my Bible.”

757.  “Born to Boogie,” Hank Williams, Jr. Songwriter: Hank Williams, Jr.; #1 country; 1987.  Junior’s last #1 single may have been his best one – autobiographical (of course), over the top, brassy, a pure pretentious pleasure.  Bragging about meeting Elvis and Marilyn and drinking whiskey by the gallon, this is one of the few instances where Junior’s ego and material met on the same plane.  He managed six more Top Ten singles from 1987 to 1990, before getting completely lost in his cartoon reactionary image. Soon enough, a much more authentic and talented Williams would hit the scene – Lucinda.

756. “It’s Just a Matter of Time,” Randy Travis. Songwriters: Brook Benton, Clyde Otis, Belford Hendricks; #1 country; 1989. Soul singer Brook Benton was a co-writer of “It’s Just a Matter of Time” (with Clyde Otis and Belford Hendricks) and, singing in a smooth soul style similar to Nat “King” Cole, Benton took his slick production to #3 on the pop charts in 1959.  (A subsequent generation of pop fans discovered Brook Benton in 1970 when he returned to the Top Five with his cover of Tony Joe White’s “Rainy Night in Georgia”).  “It’s Just a Matter of Time” appeared on the country charts on three occasions – a #1 hit by Sonny James in 1970, a Top Ten outing for Glen Campbell in 1986, and Travis took it back to the top slot.  Travis included doo wop backing vocals and a Conway Twitty like spoken interlude.  Rock critic Thom Jurek, “This is Travis at his best, stretching to get to the heart of a music that has so little to do with country; like Ray Charles on the other side, he has to make this soul song his own. And he does.”

755.  “No Myth,” Michael Penn. Songwriter: Michael Penn; #13 pop; released in 1989, peaked on the charts in 1990.  The brother of actor Sean Penn and the current husband of singer/songwriter Aimee Mann, Michael Penn’s long term career has been in creating music for films and television programs. Penn became a one hit wonder with the enigmatic unrequited affection number “No Myth.”  Penn, “I think the song’s a lot more cynical than most people got from it, which is perhaps my fault in not being more specific.  I censored myself.  My instinct was that ‘dance’ has always been a great metaphor for sex.”

754.  “Ain’t Nothin’ Goin’ On but the Rent,” Gwen Guthrie. Songwriter: Gwen Guthrie; #42 pop/#1 R&B; 1986.  Gwen Guthrie didn’t pussyfoot about her monetary expectations on “Ain’t Nothin’ Goin’ On but the Rent,” stating, “You got to have a J-O-B if you wanna be with me/No romance without finance.”  Guthrie had worked as a backup singer, had performed commercial jingles, and was a successful songwriter (with a credit on Ben E. King’s 1975 Top Ten single “Supernatural Thing”), before scoring this #1 R&B hit.  Reggae musician Robbie Shakespeare on his contribution with partner Sly Dunbar, “We laid down the rhythm. In the studio, you only had to give Gwen the rhythm. She would sit and draw flowers while she worked on lyrics. She was wicked fun and had a great personality.” Friend and peer Roberta Flack, “She just had a wonderful voice. The sound was very special. What made it different was the resonance. She couldn’t hide her voice. It was that kind of voice that penetrated.”

753.  “Can’t Be Sure,” The Sundays. Songwriters: David Gavurin, Harriet Wheeler; Did Not Chart; 1989.  The alternative rock/jangle pop band The Sundays formed in London in 1998 after English lit major Harriet Wheeler met future bandmate and father of her children David Gavurin. Blogger Matt Phillips on this song about accepting what cannot be changed and being happy for simple pleasures, “With hindsight, some of the band’s ‘indie’ influences would generally have been a turn-off to me in 1989/1990 – instead, we were all drawn to the crystalline, unfettered beauty of Harriet Wheeler’s voice and her winning way with a melody. ‘Can’t Be Sure’ and its attendant classic album ‘Reading, Writing and Arithmetic’ now seem redolent of a far gentler time, an era of hope and innocence, pre-Grunge and Britpop. For that reason, along with the Cocteaus’ ‘Heaven Or Las Vegas,’ they’re quite hard to listen to now but no less powerful. The Sundays were also arguably a very influential band on many inferior acts (The Cranberries, The Corrs, etc.).”

752.  “The Look of Love,” ABC. Songwriters: Martin Fry, Mark White, Stephen Singleton, David Palmer, Mark Lickley; #18 pop; 1982.  Author Tom Doyle, “Few tracks evoke the spirit of 1982 as vividly as ABC’s ‘The Look of Love.’ In an era of post-punk synth-poppers, the Sheffield group — guided by high-concept producer Trevor Horn — managed to create a widescreen sound that blended Nile Rodgers’ and Bernard Edwards’ immaculate productions for Chic with Nelson Riddle’s dramatic orchestrations for Frank Sinatra.”  Trevor Horn, “It was like Chic with Bob Dylan over it. That was kind of how they had it in their heads. The guys in ABC used to go to a club up in Sheffield, and they wanted to make a record that they could play in the club. You listen to ‘The Lexicon of Love’ (album) and you can feel the era. Also Martin’s lyrics are just the best. In that genre, I’ve not really heard many people say something meaningful and interesting.”

751.  “Get Up Off Your Knees,” The Housemartins. Songwriters: Paul Heaton, Stan Cullimore, Ted Key; Did Not Chart; 1986. Author Russ Litten, “Unabashedly left-wing in an era when the word ‘socialist’ was the kiss of death to any nascent mainstream pop career, The Housemartins wasted no opportunity to nail their red team colours very firmly to the public mast. When a chirpy Saturday morning TV host asked Paul Heaton who his hero was and he answered (British Marxist) ‘Arthur Scargill’ you could almost hear the collective gulp in a hundred establishment throats. They may have looked like the cheerful crew-cut urchins next door who sang for their supper, but these songbirds were singing revolution.”  Or, as they sing in this anti-class, anti-war number, “Don’t wag your finger at them and turn to walk away/Don’t shoot someone tomorrow that you can shoot today.”