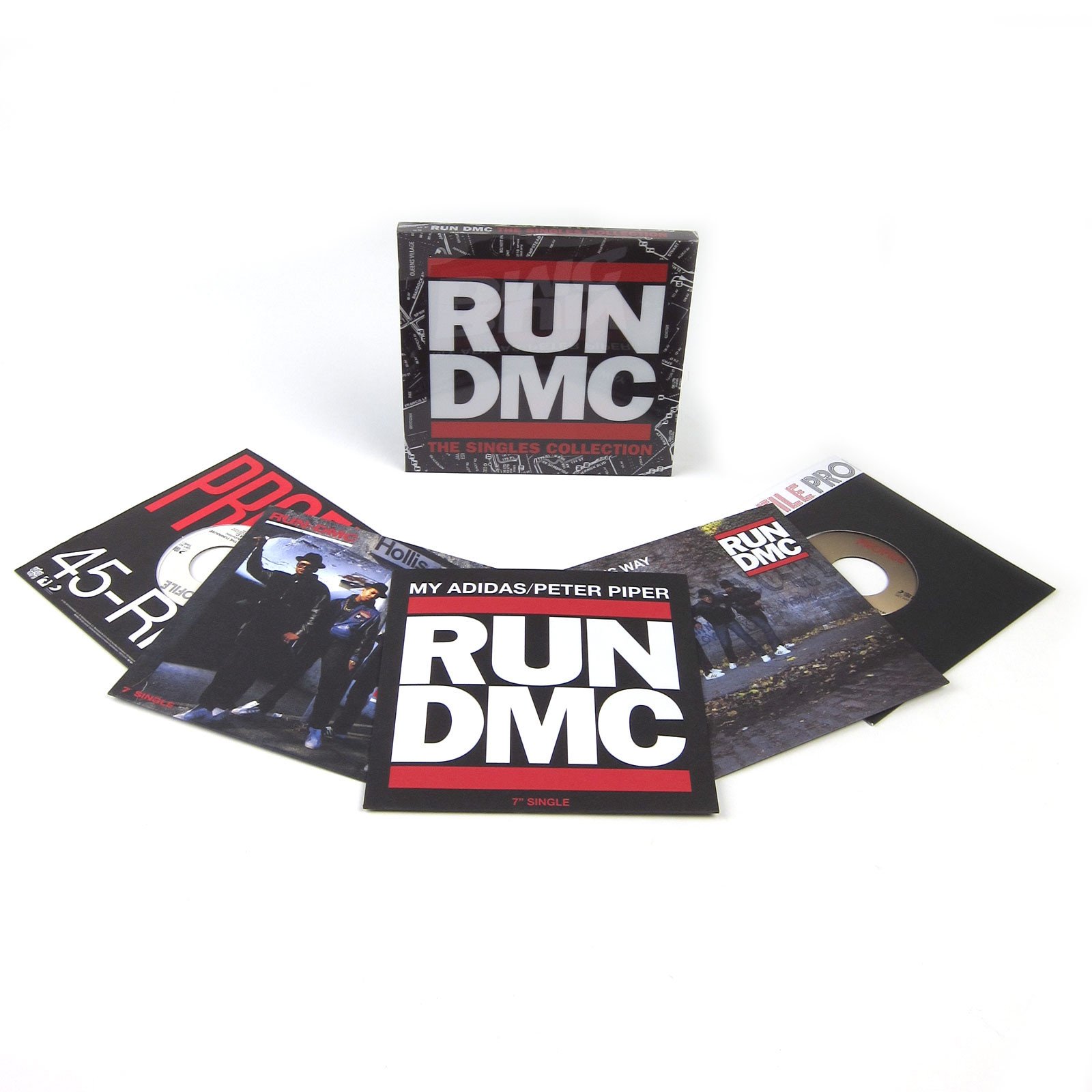 750.  “Wood Beez (Pray for Aretha Franklin),” Scritti Politti. Songwriter: Green Gartside; #91 pop; 1984.  This lighter than air British pop act seemed to have created the template that was exploited by Owl City in the 2000s – a soft, ethereal yet contagious sound.  Scritti Politti formed in Leeds in 1978 and had their first international hit with “Wood Beez (Pray for Aretha Franklin).” Journalist Robin Turner, “’Wood Beez’ crackled over airwaves from Anglesey to Arizona like an alien radio transmission beamed out to an unsuspecting planet. A gleaming, chromium nugget molded by ultra-modernist studioheads.” Grant Gartside, “I knew nothing about sophisticated black pop R&B of the ’80s. It wasn’t until I got here and was in a studio in Manhattan with (producer) Arif (Mardin) and all these fantastic players that I realized just how out of my depth I was. It was vertiginously terrifying, but there was no going back. So I stuck it out and enjoyed the sort of master class by ordeal.”

749.  “While You See a Chance,” Steve Winwood. Songwriters: Steve Winwood, Will Jennings; #7 pop; 1981. Steve Winwood on his career status before releasing the 1980 “Arc of a Diver” album, “I knew ‘Okay, I’ve got one shot left, and I’ve got to make it count.’ At the point of ‘Arc of a Diver,’ I wanted to give it everything, and if that wasn’t successful, that would be it. But I had to make sure I was giving everything. And I certainly did — there was nobody else on the record!”  That album developed a long collaboration with lyricist Will Jennings.  Winwood, “We didn’t talk about what the song was about. He just came up with this lyric, and it was right for me, right for him and right for the song.” Jennings on lyricist as playwright, “I could feel Steve going into the future.  There’s a lot of rebirth in that song. When Steve played me the music that became ‘While You See a Chance,’ it was like looking right into his soul.”

748.  “Peek-A-Boo,” Souixsie and the Banshees. Songwriters: Susan Ballion, Peter Edward Clarke, Steven Severin, Harry Warren, Johnny Mercer; #53; 1988. Souixsie Sioux quickly went from being a Sex Pistols devotee to a punk/pop star in her own right, leading her band to the U.K. Top Ten in 1978 with the xylophone hooked “Hong Kong Garden.” Their 1988 single “Peek-A-Boo” was a Top Twenty U.K. hit that crossed over to U.S. dance listeners and modern rock stations.  Journalist Dave Simpson, “’Peek-A-Boo’ actually came out by glorious mistake, as producer Mike Hedges accidentally played a track backwards and Siouxsie wrote a song around the resulting loop of sound. The brass stabs and fast edits won fans in indie and rap alike, while critics were enraptured but bewildered. Melody Maker praised its ‘1930s hip-hop,’ and over a decade later, Bloc Party’s Kele Okereke said it sounded like ‘the most current, futuristic bit of guitar pop music I’ve ever heard.” The instrumental break sounds like zydeco performed by Frank Zappa. Due to lyrical similarities to the 1930’s pop standard “Jeepers Creepers,” Henry Warren and Johnny Mercer received songwriting credits.

747.  “It’ll All End Up in Tears,” Jacobites.  Songwriter: Dave Kusworth; Did Not Chart; 1985. The Jacobites were an English duo, comprised of Nikki Sudden (Adrian Godfrey) and Dave Kusworth, who performed loose rock ‘n’ roll in the manner of The Faces, but also received comparisons to The Stones, Marc Bolan, Ian Hunter, Nick Drake, and Alex Chilton.  “It’ll All End Up in Tears” is a ballad about a woman’s heartbreak, the type of acoustic number that Rod Stewart could have made a worldwide hit.  Kusworth maintained a lower profile after the Jacobites disbanded, while Sudden recorded with R.E.M. and Tav Falco, among others, and was eulogized in the New York Times after his death from a drug overdose in 2006.  Kusworth, “Nikki Sudden believed in rock ‘n’ roll – and how hard was that in this cold new millennium?”

746.  “You’ve Got Another Thing Comin’,” Judas Priest.  Songwriters: Rob Halford, K.K. Downing, Glenn Tipton; Did Not Chart; 1982.  K.K. Downing, “’You’ve Got Another Thing Comin’’ was without a doubt the song that broke Judas Priest in America. The song was everywhere. You couldn’t turn on a rock radio station anywhere in North America without hearing it. It’s got all the elements of a driving song. Even if you were driving and just going thirty miles per hour, when you heard that duh-duh-duh-duh intro, you’d be simply compelled to accelerate. On top of that, it gave you a happy, carefree feeling that was just undeniable. Everything in America at that time seemed to revolve around the ethos of ‘get in the car, turn up the stereo, and drive.’ It was the perfect song for the time.”

745.  “Peter Piper,” Run-D.M.C. Songwriters: Darryl McDaniels, Joseph Simmons; Did Not Chart; 1986. Rolling Stone magazine, “The opening track on Run-DMC’s 1986 classic, ‘Raising Hell,’ is still the greatest ode ever to the Midas-like powers of a DJ. Jam Master Jay sliced up Bob James’ bell-ringing 1975 smooth-jazz version of ‘Take Me to the Mardi Gras’ as Run and DMC summed up their partner’s greatness: ‘Not bad meaning bad but bad meaning good!’ Run-DMC’s label, Profile Records, wanted ‘Walk This Way,’ a rap-rock collaboration with Aerosmith, to be the first single off their new album. But the group was adamant that ‘My Adidas”/”Peter Piper, odes to hip-hop culture, be the first release; Darryl ‘DMC’ McDaniels later recalled saying, ‘If y’all don’t do it, we’re gonna give it to the radio and fuck everything up.’ They prevailed, and ‘Raising Hell’ became rap’s first blockbuster album.”

744.  “Touch and Go,” The Cars. Songwriter: Ric Ocasek; #37 pop; 1980. For the technical nerds out there, “Guitar Alliance” magazine has noted, “‘Touch And Go’ has polymetric verses, with the drums and bass playing in 5/4, while the guitar, synthesizer, and vocals are in 4/4 (the choruses are entirely in 4/4).” So, yeah, it sounds weird. John Lennon’s take, “I think The Cars’ ‘Touch and Go’ is right out of the fifties ‘Oh, oh… ‘ A lot of it is fifties stuff. But with eighties styling.”  Author Rich Beinstock on one of Elliot Eastons’s best moments, “Easton has also stated that the guitar solo that was absolutely composed, which makes sense, as his phrasing, lines and note choices are so unique, mashing together rock, blues, rockabilly and jazz touches as they travel through the chord changes, that it would have been almost impossible to throw together off the cuff. And the salvo of trills that ascend the fretboard at the solo’s climax never ceases to thrill, no matter how many times you hear it.”

743.  “Crybaby,” Utopia. Songwriter: Todd Rundgren; Did Not Chart; 1984.  Utopia was Todd Rundgren’s pop/rock side band project and despite Rundgren’s songwriting skills, they only reached the U.S. Top 40 once, with the 1980 #27 pop hit “Set Me Free.”  (Utopia also released the original version of “Love is the Answer,” a Top Ten single in 1979 for England Dan and John Ford Coley).  Author Chance from Paste Magazine, “It has been acknowledged by Todd that ‘Crybaby’ is a Def Leppard rip-off. Listen to the dense, ethereal background vocals and the chord progression in the first few bars of the chorus and indeed, it’s almost like ‘Photograph.’” Still, the juicy chords and big chorus sound like classic Todd – a wizard/true star, etc.

742.  “Never Too Much,” Luther Vandross.  Songwriter: Luther Vandross; #33 pop/#1 R&B; 1981. Mariah Carey on singing with Luther Vandross, “It was intimidating to stand next to him. Luther was incomparable — his voice was velvety, smooth, airy, with an unmistakable tone.”  Butta from the SoulBounce website, “With its post-Disco groove, ‘Never Too Much’ is a bonafide party starter. You can’t help but two-step (or break out into a full-fledged hustle) when Luther begins singing about his shining star and how they make his ‘heart scream and holler’ with a love that is never too much. Anyone who has ever been in love and wanted to get lost in a thousand kisses from their lover can relate to this tune.

741.  “Mama, Talk to Your Daughter,” Magic Slim & The Teardrops. Songwriters: Alex Atkins, J.B. Lenoir; Did Not Chart; 1982. Magic Slim (Morris Holt) was a blues guitarist who migrated to Chicago from Mississippi Delta country and performed for over two decades before releasing his first album in 1977.  “Mama, Talk to Your Daughter” was a cover of a single Chicago blues artist J.B. Lenoir released in 1955.  Music journalist Terry Mullins in 2011, “His earth-shaking vibrato and chunky riffs harkens back to another time without ever once sounding old-fashioned.”  Slim went on to release over thirty albums filled with his raw, hard hitting traditional blues sound.  After tiring of the inner city problems that plagued Chicago, Slim spent the last two decades of his life in the unparalleled blues mecca of…Lincoln, Nebraska.