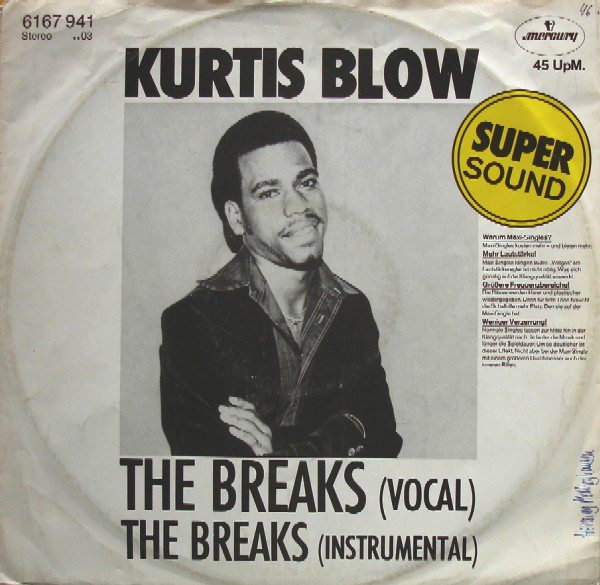 You turned the tap dance into your crusade.

730. “Run and Run,” The Psychedelic Furs. Songwriters: Richard Butler, John Ashton, Tim Butler, Vince Ely; Did Not Chart; 1982. The 1982 “Forever Now” represented a more pop oriented sound for The Psychedelic Furs, as they transitioned from producer Steve Lillywhite to Todd Rundgren. Nick Deriso of Diffuser, “’Forever Now’ boasted a series of evolving musical elements (backing vocals from Flo and Eddie, horn players Gary Windo and Donn Adams, Rundgren’s marimba) that would never have been dreamt of during earlier sessions. ‘Run and Run’ boasts a glittering spaciousness, and a soaring, radio-ready chorus, but with a classically cutting Furs lyric: ‘I’ve been waiting all night for someone like you, but you’ll have to do.’” Graeme Virtue of The Guardian, “The billowing, urgent chorus of 1983’s ‘Run and Run’ hints at why the Killers are such devoted fans.”

729. “I Can’t Take It,” Cheap Trick. Songwriter: Robin Zander; Did Not Chart; 1983. Robin Zander’s only Trick song with a sole writing credit was the second single from Next Position Please after Epic released their unlistenable cover of The Motors’ “Dancing the Night Away.” The lyric “still the smell of you was on my face” probably did not help the song’s commercial viability. John Borack of Goldmine, “This is pure, unfiltered power pop for the masses, with Todd Rundgren’s bright ‘n’ shiny production giving it a radio-friendly sheen. One of the great, semi-ignored Cheap Trick numbers.” The boys from Rockford would also influence a key No Depression era act. John Horton of the Bottle Rockets, “I tell people our band basically sounds like one-third Cheap Trick, one-third John Prine, and one-third Neil Young. That’ll sort of get you in the ballpark.”

728. “Hard Act to Follow,” Split Enz. Songwriter: Tim Finn; Did Not Chart; 1981. Split Enz formed in New Zealand in 1972 and were initially more focused on the theatrical elements of their presentation (heavy makeup, colorful outfits, silly hairstyles) than their music. They broke pop in their home country with the 1977 music hall influenced hit “My Mistake,” which peaked at #21. They became true pop stars in New Zealand and Australia with the 1980 #1 single “I Got You,” and perhaps somewhat ironically the lead track on their 1981 “Waiata” album was “Hard Act to Follow.” This new wave dance tune with a can’t-get-over-the-girl lyric failed to chart as a single, but as blogger Tim Brough noted, it has “the kind of choral hook that most bands would kill for.”

727. “Soapy,” Lyres. Songwriter: Jeff Conolly; Did Not Chart; 1984. Boston garage rockers the Lyres get their “Nuggets” moment with the 1984 album track “Soapy” (if not with the 1983 Village Voice “Pazz and Jop” entry “I Want to Help You Ann.”). Rock critic extraordinaire Mark Deming, “Of the dozens of bands that emerged in the 1980s garage rock revival, Lyres were one of the few that seemed to realize that the point wasn’t about how much paisley clothing you could wear or finding the right vintage effects pedals, but about playing cool stripped-down rock & roll. Jeff ‘Monoman’ Conolly understood that the Sonics and the Ramones were traveling in the same direction, but merely using a different path to get there, and, as a result, Lyres’ recordings have an energy and passion that’s stood the test of time far better than most of their contemporaries.” The Lyres pulled the rare trick of sounding retro and fresh at the same time.

726. “Roll with It,” Steve Winwood. Songwriters: Steve Winwood, Will Jennings, Holland-Dozier-Holland; #1 pop; 1988. Steve Winwood went back to his ‘60s soul sound with “Roll With It,” a number that sounded so similar to Jr. Walker’s “Shotgun” that Holland-Dozier-Holland received a retroactive writing credit. Winwood had the rare talent to sound slick and soulful at the same time and backing support from The Memphis Horns didn’t hurt his cause. Winwood in 1988, “This is probably a recent thing that I’ve realized, about music being entertainment. I had a choice to go a couple of ways. If I was to say, ‘Well, I’m a musician, I’m not an entertainer,’ then I have no business going onstage with lights. I should be in the back doing the music, and somebody else should be out front. You have to decide which way to go. I thought about it long and seriously, and I thought that if I sing songs to people, you can’t deny it, you’re an entertainer. It’s not just ‘I’m entertaining them’ but ‘I am actually an entertainer.’”

725. “Lonely Ol’ Night,” John Cougar Mellencamp. Songwriter: John Mellencamp; #6 pop; 1985. Mellencamp displayed his ‘60’s coming of age roots on “Lonely Ol’ Night,” taking dialogue from the 1963 Paul Newman movie “Hud” for the title hook and referencing the Four Tops hit “Standing in the Shadows of Love.” Author Ken Kelley, “There is a feeling of loneliness and isolation running through ‘Lonely Ol’ Night.’ The singer goes so far as to try to inject some optimism into the track when he sings ‘she calls me baby’ before resigning himself to the fact that ‘she calls everybody baby.’” Transitioning has a different meaning in current times – during the ‘80s it was a phase where John Mellencamp had to use three names to work back towards authenticity.

724. “Eye Know,” De La Soul. Songwriters: Walter Becker, Donald Fagen, Paul Huston, David Jolicoeur, Vincent Mason, Kelvin Mercer; Did Not Chart; 1989. Posdnous (Kelvin Mercer) of De La Soul, “When me and Dave (Jolicoeur) worked in the mall, we would just hear songs playing in the loudspeakers. They would always play (Steely Dan’s) ‘Peg’ and we were, even then, aspiring to be a group, and we were like, ‘Yo, that could be a dope song to use.’ So, when it came about time to use it, we took that part ‘I know I’ll love you better,’ we took the Lee Dorsey beat (from ‘Get Out of My Life, Woman’), we used the horns from another Mad Lads record (‘Make This Young Lady Mine’), and that was it. It was fun. It was kinda my first time programming a beat.” This romantic rap, where sidechicks get dropped like homework excuses, was a #14 U.K. pop hit.

723. “Pressure,” Billy Joel. Songwriter: Billy Joel; #20 pop; 1982. After Billy Joel’s secretary noticed the stress that her boss was showing under the strain of writing material for a new album, Joel simply turned his angst into a song idea. From a musical standpoint, Joel uncharacteristically throws himself into synthpop, moving away from his trademark piano man sound with such enthusiasm that it heightens the dramatic tension of the song. Joel may be the poor man’s Paul McCartney, but can you ever have enough Paul McCartneys?

722. “Sweet Love,” Anita Baker. Songwriters: Anita Baker, Louis Johnson, Gary Bias; #8 pop/#2 R&B; 1986. The name Anita Baker sounds like a job posting for a pastry shop, but the woman who started her career with the Detroit soul group Chapter 8 sold over five million copies of her 1986 album “Rapture,” propelled by her debut single “Sweet Love.” In the hip hop era, Baker took soul music back to the jazz lounge with a sophisticated diva image. Author Todd Williams, “Anita Baker was a defining voice in an era of R&B that was spilling over with great voices and sterling productions. Baker, unlike Whitney Houston, wasn’t overly marketed to pop audiences; she found her groove and her niche firmly in the kind of quiet storm grooves that had defined so much of Black radio in the 1980s.”

721. “The Breaks,” Kurtis Blow. Songwriters: Kurtis Blow, Robert Ford Jr., James B. Moore, Russell Simmons, Larry Smith; #87 pop/#4 R&B; 1980. Rap music was such a gee whiz, shiny new object in 1980 that New York City’s Kurtis Blow won the “Village Voice” Pazz and Jop Singles Poll in 1980 with “The Breaks,” a song with elements of funk with rhyming that sounds rudimentary to modern ears. Kurtis Blow, “I like to think of Hip-Hop as the innate love of the drum. The most important part of these songs was that they all had a break. A funky, funky break. That’s when the music breaks down to just the drums and you’ll hear James Brown do like a ‘1, 2, 3, 4—Hit it!’ And we just lost our minds when we heard this! We became researchers and, like I said, connoisseurs of music, reaching out trying to find these beats, the songs, these special kind of obscure disco funk songs that could play in the club but also had a syncopated break down beat. The break became so very important.”