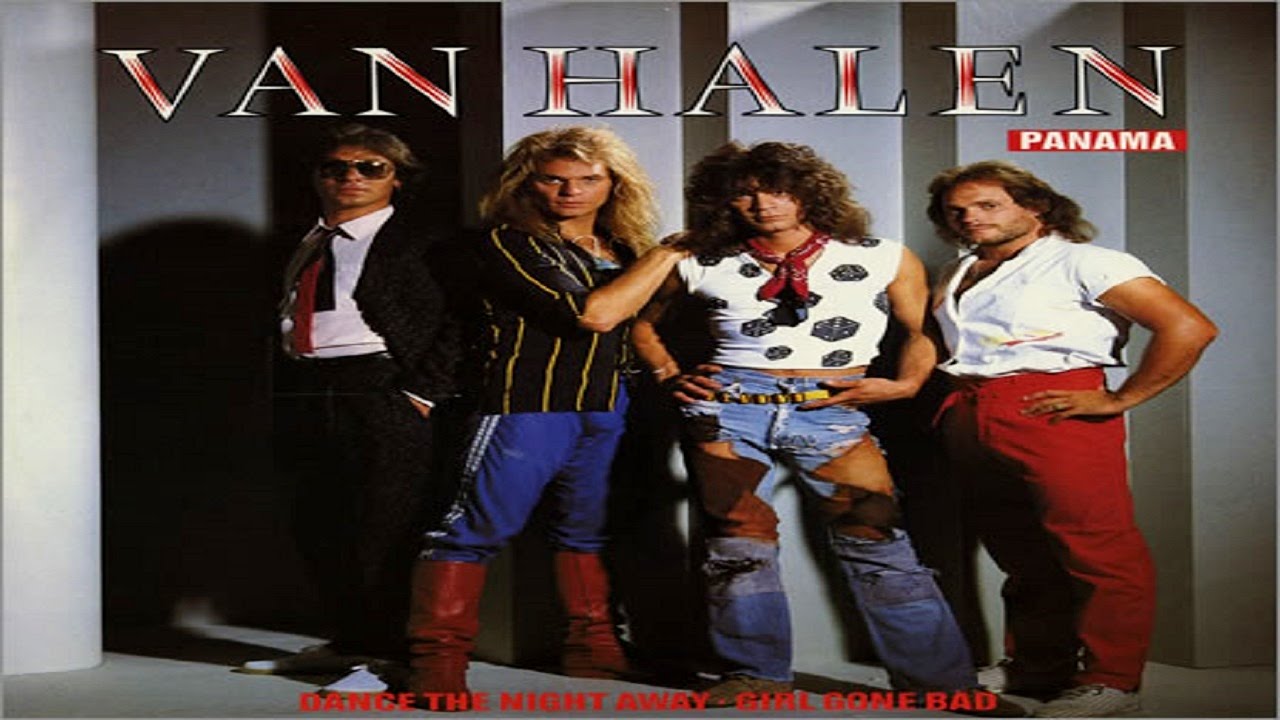 710.  “Heavy Love Affair,” Marvin Gaye. Songwriter: Marvin Gaye; #61 R&B; 1981.  Marvin Gaye was battling drug and financial issues during the making of his 1981 “In Our Lifetime” album, a record that shows his conflict between his desire for earthly pleasures and his religious faith.  Plucking the single “Heavy Love Affair” from the album removes that context, because it’s such an effective dance track.  An album review from the BBC, “Haunting melodies brought to life by the 40-year-old Gaye’s versatile vocals, pierce the infectious grooves that infiltrate every track, notably the seductive ‘Heavy Love Affair’ that draws comparisons with the funk Quincy Jones was then perfecting with The Brothers Johnson and Michael Jackson.”  The following year, Gaye returned to the pop charts with “Sexual Healing.”

709.  “Get Started, Start a Fire,” Graham Parker. Songwriter: Graham Parker; Did Not Chart; 1988.  Graham Parker decided he would succeed or fail on his own terms with the 1988 “Mona Lisa’s Sister” album.  Parker, “The only thing that counts is the singer and the song.  That’s how I made ‘Mona Lisa’s Sister.’ I’m going to be the producer, I will not get talked into trying to sound like anybody else. And so since then it’s been much more enjoyable making records, quite frankly. And I’ve been the producer and I have a vision for each album. It’s a lot of work to get there, because I can’t relax and say okay, let this guy take it now. I’ve got to take the weight of it and try and come up with something conceptual every time I make a record.”  Parker always sounded like he had a tinge of barbwire in his voice and he goes for revenge on the moody “Get Started, Start a Fire,” taking up retribution causes for Marilyn Monroe, Joan of Arc, and Mona Lisa’s sister.

708.  “Borderline,” Madonna.  Songwriters: Reggie Lucas, John “Jellybean” Benitez; #10 pop; 1984.  This Top Ten single isn’t an argument for her skills as a singer, but her blonde ambition pop instincts understood the attraction of teen angst lyrics that worked on a Walkman with music that worked in the dance clubs.  Music journalist Jude Rogers, “Written by the producer of her first album – and ex-Miles Davis Electric Band session player – Reggie Lucas, it introduced a new quality to the Madonna catalogue: an iridescent melancholy that would feed her greatest music. A boy is playing with her heart, holding her in his arms, and then driving her away, and we had to just ‘try to understand’ that she’s ‘given all’ she can. Madonna’s vocals aren’t as emotionally charged as they could have been here, and they’re on the squeaky side. Still, they have a powerfully steely defiance – a quality that would serve her well for years to come.”

707.  “Rain on the Scarecrow,” John Mellencamp.  Songwriters: John Mellencamp; George M. Green; #21 pop; 1986. Mellencamp, “I wrote this one with (Mellencamp’s childhood friend) George Green. Our songs always came about the same way: talk around the kitchen table. I had just played ‘Small Town’ for him. He said, ‘I don’t know why these towns are going out of business’ – towns like Freetown and Dudleytown, Indiana. We couldn’t figure out why they were disappearing. We did our research and wrote this song – Reagan had been using grain against the Soviet Union and all sorts of other things. Talking to people was heartbreaking. Nobody wanted to lose their farm. Around this time the press started calling me a ‘heartland rocker.’ I never really knew what that term meant. I never took offense, but I didn’t like it either. It’s a foolish pigeonhole to put somebody in. On the bright side, I’d rather be a successful heartland rocker than a guy that pours concrete.”

706.  “Let the Day Begin,” The Call.  Songwriter: Michael Been; #51 pop; 1989.  Michael Been founded The Call in 1980 and had his first flirt with fame with 1983’s “The Walls Came Down,” which peaked at #74 on the pop charts. The band had another minor hit in 1986 with “I Still Believe,” which sounds like Simple Minds would have if Jim Kerr had ever exited puberty (those two bands had toured together, resulting in a friendship between Been and Kerr). In 1989, Been and The Call released their song for the ages, the stirring rocker “Let the Day Begin.” It was an anthem to herald fresh starts, new beginnings – an earnest salute to doers, movers, and shakers. It sounded better than almost anything else on radio that year, but still only made it to #59 on the pop charts, reflecting payola’s maddening inefficiency. Both Al Gore and Tom Vilsack would later use the song in political campaigns. Jim Kerr on the Simple Minds 2014 cover version, “’Let The Day Begin’ is like a gospel for the working man. We feel really proud to play it, especially to people that don’t know it, therefore it’s a kind of lost treasure.”

705.  “Gimme All Your Lovin’,” ZZ Top.  Songwriters: Billy Gibbons, Dusty Hill, Frank Beard; #37 pop; 1983.  Matthew Wilkening of Ultimate Classic Rock, “Perhaps because it now contrasted with slick, modern keyboard accents, Billy Gibbons’ guitar rarely sounded as full and rip-snorting nasty as it did on 1983’s ‘Eliminator.’ On this, the album’s infectious sing-a-long opening song, his first solo explodes out of the gate like an unleashed rodeo bull, and his fretwork serves as pretty much a second vocalist throughout the album.” Jesse Gress of Guitar Player, “Players in search of sonic lubrication would be better advised to study the Gospel according to Billy Gibbons. Whether he’s laying down meaty, signature riffs or sublime solos, the Reverend’s notes and chords always sound authoritative, yet effortless, and drip with emotive finger grease.”

704.  “Gone Daddy Gone,” Violent Femmes. Songwriters: Gordan Gano, Willie Dixon; Did Not Chart; 1983.  On “Gone Daddy Gone,” Gordon Gano salutes/recycles/rips off Willie Dixon, while Brian Ritchie performs what is arguably the greatest xylophone solo in the history of pop music.  (And, really, how often do you get to enjoy that argument?).  Gnarls Barkley of “I remember when I lost my mind” “Crazy” fame released an inferior cover version of “Gone Daddy Gone” in 2006 that reached #26 on the U.S. “Alternative Songs” chart.

703.  “Go for the Throat (Use Your Own Imagination),” Cheap Trick. Songwriter: Rick Nielsen; Did Not Chart; 1980. Rock critic Tom Beaujour, “For 1980’s ‘All Shook Up’ album, Cheap Trick decided to go straight to the source and hire the Beatles’ recording dream team of producer George Martin and engineer Geoff Emerick. The results, sadly, were less than fab, and the album’s experimental bent and weird cover art served mainly to alienate a large contingent of the band’s mainstream fans. Still, ‘Go for the Throat,’ a Who-inspired ode to masturbation (author’s note – hmmmm?) buried at the end of Side Two, is one of Cheap Trick’s most electrifying numbers. Tom Petersson’s fuzzed-out 12-string bass produces gigantic John Entwistle–esque riffs, and Nielsen’s insistent octave guitar drilling and falsetto backing vocals create a mounting tension that is only released in the cathartic, modulating bridge.”

702.  “It’s Raining Today,” Angry Samoans. Songwriter: Mike Saunders: Did Not Chart; 1986. The Angry Samoans moved away from their trademark aggressive punk rock sound on their 1986 EP “Yesterday Started Tomorrow.” “It’s Raining Today” sounds like a Paisley Underground style ‘60s retro tune, but the intermittent anguished yelps of Mike Saunders still reinforce his insanity. Here’s how he reflects upon his heartbreak: “I feel the rain and it’s falling down on my head/No, no, no! I feel the rain and I’m wishing you were dead.”  Words never spoken by any female on this planet, “I can’t wait to invite Mike Saunders over to meet my parents.”

701.  “Panama,” Van Halen. Songwriters: Eddie Van Halen, Alex Van Halen, Michael Anthony, David Lee Roth; #13 pop; 1984. David Lee Roth, “Money can’t buy you happiness, but it can buy you a yacht big enough to pull up right alongside it.”  Van Halen was the party hard rock band of their era, going all in on the hot car as sex metaphor on “Panama.”  Diamond Dave painting the scene, “Yeah, we’re runnin’ a little bit hot tonight. I can barely see the road from the heat comin’ off of it. Ah, you reach down between my legs. Ease the seat back…”.  Further analysis from, seriously, “Autoweek” magazine: “Sammy Hagar never could have pulled any of this off.”