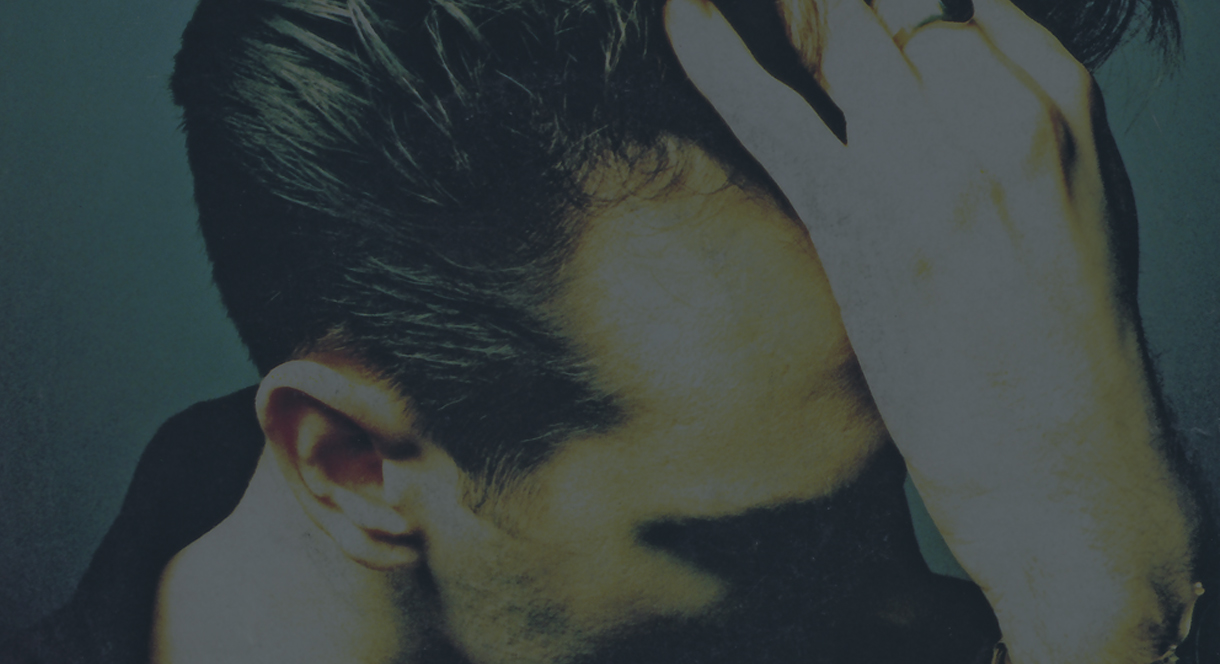 Everyday is cloudy and grey.

700.  “Let’s Go Crazy,” Prince and The Revolution.  Songwriter: Prince; #1 pop/#1 R&B; 1984.  If you (dearly beloved) are a true child of the 1980s (we are gathered here today), then you will have no problem (to get through this thing called life) reciting the opening sermon (electric word “life”) to “Let’s Get Crazy” (it means forever and that’s a mighty long time).  Prince exhorted his followers to “look for the purple banana ‘til they put us in the truck,” which is some pretty wacky advice for a #1 pop single.  The b-side was a bonus treat, the lascivious we-can-funk-until-the-dawn sex number “Erotic City.”

699.  “The KKK Took My Baby Away,” The Ramones. Songwriter: Joey Ramone; Did Not Chart; 1981. The most famous interpersonal dynamic in the Ramones was Joey and Johnny’s utter hatred for each other.  Despite leading the world’s best known punk unit, Joey (his parents knew him as Jeffrey Hyman) had a pure ‘60s peace and love hippie spirit – before joining the band he had sold plastic flowers on the streets of Greenwich Village.  Joey also had legitimate mental illness issues.  Johnny Ramone (John Cummings) had a fascination with military precision and was a right wing ideologue.  Their always fragile peace was forever shattered when Linda Daniele ended a romantic relationship with Joey and eventually married Johnny.  The title “The KKK Took My Baby Away,” put on this rousing rocker with a riff taken from Cheap Trick’s “He’s A Whore,” wasn’t plucked out of thin air.

698.  “Everyday Is Like Sunday,” Morrissey. Songwriters: Morrissey, Stephen Street; Did Not Chart; 1988. Morrisey released “Viva Hate,” his first solo album in 1988, and scored Top Ten U.K. hits with “Suedehead” and “Everyday Is Like Sunday.” Author Jim Beviglia, “’Everyday Is Like Sunday’ has endured as perhaps the most popular song in what has been an endlessly fascinating solo career. Many people fixate on the chorus and the dreaminess of the music, which was largely composed by ‘Viva Hate’ producer Stephen Street, although it could be argued that Morrissey’s wandering vocal melodies are always his own creation. If you do, you’ll hear a song of uplift and beauty, and that’s why ‘Everyday Is Like Sunday’ can be heard often in commercials to this day. But the song possesses a subversive tug once you understand the gist of Moz’s lyrics and their intent to denigrate the dreariness of a tourist town out of season. The greatness of ‘Everyday Is Like Sunday’: The title refrain can sound either like your dream vacation or your worst nightmare.”

697.  “I Want a New Drug,” Huey Lewis and the News.  Songwriters: Chris Hayes, Huey Lewis; #6 pop; 1984. Huey Lewis, “I was driving to my lawyer’s office when the idea came to me. I busted in his door and said, ‘Bob, give me a pen and paper!’ I then literally wrote down almost all the lyrics.”  Lewis is often viewed as a stiff, not rock ‘n’ roll enough guy, but the swinging horn section of “I Want a New Drug” took this to #1 on the U.S. Dance Chart in 1984.  Lewis was approached to write the theme for the 1984 film “Ghostbusters,” but had other obligations, so chameleon Ray Parker Jr. simply rewrote “I Want a New Drug” for the film, resulting in a #1 pop hit for Parker and an out of court legal settlement for plagiarism.

696.  “Private Eyes,” Hall & Oates.  Songwriters: Daryl Hall, Sara Allen, Janna Allen, Warren Pash; #1 pop; 1981.  John Oates on the complicated structure of a seemingly conventional song, “It’s a heavy pop song, with very unusual, more sophisticated chord changes — with major sevenths and four over fives, chords that aren’t usually associated with heavy pop or rock. Daryl has a very interesting way of putting chords together, and putting melodies over chords.”  This suspicious love number reached #1 on the pop charts in November of 1981, was replaced for the next ten weeks by Olivia Newton-John’s “Physical,” which was bumped out of the top slot by Hall & Oates’ “I Can’t Go for That (No Can Do).”  The song started as a demo by aspiring singer Warren Pash.  Pash in 2015, “I’m quite proud of it. And I think Daryl’s a brilliant guy. He gave me the break of a lifetime. Every day I wake up and have a little ‘thank you, Daryl’ moment.”

695.  “My Favorite Memory,” Merle Haggard.  Songwriter: Merle Haggard; #1 country; 1981.  Haggard, “Photography is a memory you can look at, a song is a memory you can listen to, a memory captured with the least amount of words and being involved in the presentation of it. When you see everything change as the years go by, the only thing that stays the same is that memory, the good times you once had.”  “Big City,” Haggard’s first album with Epic Records, was a commercial and critical success.  It was his first non-compilation gold album since 1970’s “The Fightin’ Side of Me” and his highest charting album since 1976’s “It’s All in the Movies.”  The self-penned “My Favorite Memory” was the lead single and a #1 hit.  This is a slow paced, beautiful song, where every vacation and good time fails to successfully compete with the singer’s joyful memory of his first meeting with his lover.

694.  “Bust a Move,” Young MC. Songwriters: Marvin Young, Matt Dike, Michael Ross; #7 pop/#9 R&B; 1989. The Seattle based horn fueled rock band Ballin’ Jack made no impact on popular music until the instrumental break on their 1970 song “Found a Child” became the basis for the 1989 rap hit “Bust a Move.”  Marvin Young (Young MC) was a University of Southern California economics major who co-wrote the Ton Loc hits “Wild Thing” and “Funky Cold Medina,” before having solo success with the dance rap number “Bust a Move.”  Young, “People looked at rap and hard rock as the type of music that you slam your door after you argue with your parents, and bang your head in defiance. My record wasn’t necessarily rebellious, but it was clever enough to grab in a decent segment of people that didn’t listen to rap music. It’s kind of a mind-trip to fulfill a lot of your dreams at 23, but it’s a good thing in terms of putting it in perspective.”

693.  “Another One Bites the Dust” Queen. Songwriter: John Deaton; #1 pop/#2 R&B; 1980. John Deacon, “I’d been wanting to do a track like ‘Another One Bites the Dust’ for a while, but originally all I had was the line and the bass riff. Gradually, I filled it in and the band added ideas. I could hear it as a song for dancing but had no idea it would become as big as it did. The song got picked up off our album and some of the black radio stations in the US started playing it, which we’ve never had before. Michael Jackson suggested we release it as a single. He was a fan of ours and used to come to our shows.” John Deacon may have been an early proponent of sampling, since his bassline was directly taken from Chic’s 1979 #1 pop hit “Good Times.” The is also one of the best songs to have the name “Steve” in it, but ranks below “Ballroom Blitz.”

692.  “Human Cannonball,” Webb Wilder.  Songwriters: Jim Hoke, Robert Field; Did Not Chart; 1989.  Mississippi native John McMurry, professionally known as Webb Wilder, formed his roots rock band The Beatnecks in 1985 and released his first album the following year.  Wilder managed to replicate the guitar tone of ZZ Top on this 1989 “It’s a little risky, but I’m my own boss” circus gig number “Human Cannonball.”  Despite Wilder’s tenacity, his career never blasted off like his character did in this song.  Wilder in 2016, “The good news is I’m a musician. The bad news is I’m a musician.”

691.  “Highwire Days,” Tommy Keene. Songwriter: Tommy Keene; Did Not Chart; 1989. Power pop proponent Tommy Keene was described thusly by music critic Richard Harrington in 1984, “He finds himself between rock and the hard place. His music is almost too commercial for those who support alternative music styles, and not calculated enough for those who control the nation’s airwaves.” Despite releasing two albums on Geffen Records, Keene never solved this conundrum, becoming another well respected fringe genre artist.  The chiming guitars of “Highwire Days” reflect his fundamental 1960’s influences (The Beatles, The Who) with a typically unresolved romantic attraction theme. Keene may have also been hampered by having a vivid vision of his music.  Famed studio engineer Geoff Emerick once opined that Keene was “more difficult than all four Beatles put together.”