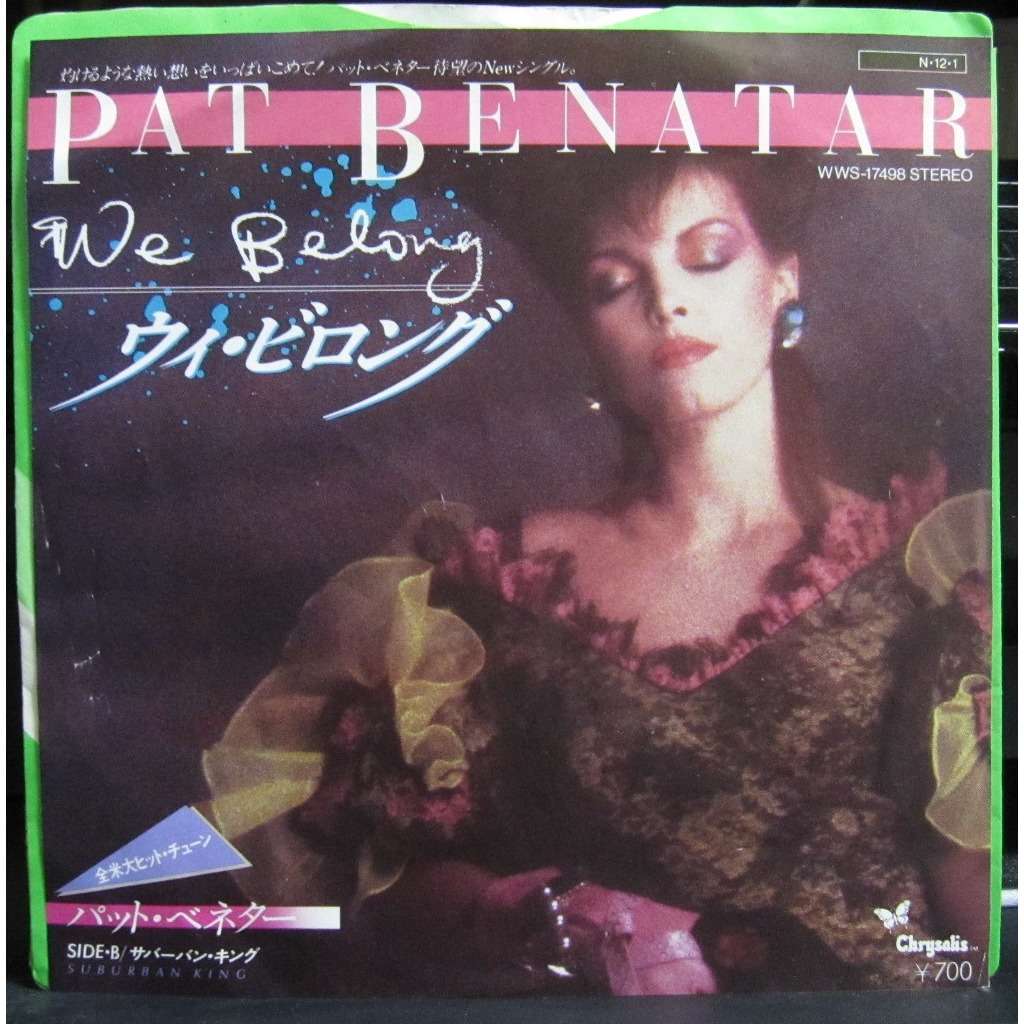 660.  “If You Have Ghosts,” Roky Erickson and the Aliens.  Songwriter: Roky Erickson; Did Not Chart; 1981. Here’s another head shaking slice of psychedelic rock from Roky Erickson, who declares “If you have ghosts, you have everything.”  However, he seems to be singing from the perspective of a werewolf (“In the night, I am real…I don’t want my fangs too long”).  Erickson’s thick Texas drawl vocals adds another level of weirdness, like that’s needed, to the proceedings.  The Swedish heavy metal band Ghost covered “If You Have Ghosts” in 2013, with Mr. Ubiquitous Dave Grohl producing and playing rhythm guitar.

659.  “Meeting in the Ladies Room,” Klymaxx. Songwriters: Reggie Calloway, Vincent Calloway, Boaz Watson; #59 pop/#4 R&B; 1985.  While the critics were going gaga over The Go-Go’s being an all female band during the early 80s, much less attention was given the the all female R&B act Klymaxx. Klymaxx formed in L.A. in 1979 and peaked commercially when the moist ballad “I Miss You” in 1985. On the Prince inspired “Meeting in the Ladies Room” vocalist Bernadette Cooper marks her male territory by intimidating the competition.  Other titles by Klymaxx – “The Men All Pause” and “Divas Need Love Too.”

658.  “Driver 8,” R.E.M.  Songwriters: Bill Berry, Peter Buck, Mike Mills, Michael Stipe; Did Not Chart; 1985. Music journalist Mischa Pearlman of The Diffuser, “Somehow, in just over four minutes and through a series of lyrical abstractions, Michael Stipe channels the entire history of the United States through the eyes of a train driver. Whether it’s a literal or metaphorical journey, or a combination of the two, is — as with most R.E.M. lyrics — for the reader to infer, but it’s clear that, whatever and wherever the destination, it’s one that’s perpetually unreachable.” Music journalist Jude Rogers, “This song is a moment of joy in a record (the ‘Fables of the Reconstruction’ album) where swampy depths reign.”

657.  “Jeopardy,” The Greg Kihn Band. Songwriters: Greg Kihn, Steve Wright; #2 pop; 1983. Greg Kihn, “We hadn’t set out to have a dance hit. When I did that, I had no idea. Steve Wright, the bass player, had co-written most all of the songs in the Greg Kihn Band. He came over to my house one day, in like 1981. Casio had just come out with this little keyboard. It was about a foot long, it had a battery and it had a drum thing. It was a big deal. Steve had it, and he turned on the drum beat and he started riffing. The riff that he was playing was the ‘Jeopardy’ riff. I swear to God, I didn’t even think about it. I just started singing: ‘Our love’s in jeopardy … baby.’ It just came to me, out of the blue. That kind of backs up the theory that the great songs write themselves. That one certainly seemed to. Steve and I sat there in my living room, with that Casio — and, I kid you not, wrote that entire song in 15 minutes. I remember bringing that song, and me and Steve showing it to the rest of the band, and from that first day I knew: That’s a hit. I don’t know how to write a hit, but that was one. We went in and nailed in one or two takes. It’s like you channel the song, like a seance, and you just write it down.”

656.  “Jammin’ Me,” Tom Petty and the Heartbreakers. Songwriters: Tom Petty, Bob Dylan, Mike Campbell; #18 pop; 1987. Mike Campbell, “’Jammin’ Me’ was interesting because I wrote the track and gave it to Tom, and he held it for a while and didn’t do anything with it. Then I guess he was working with Bob (Dyland) one day, and they came up with some words — I guess they were picking words out of a newspaper or off the television, and Tom said ‘Oh, I’ve got this track of Mike’s’ and they inserted those words over the track. I wasn’t there when Bob wrote the words to it, but I was pretty thrilled to hear that he had contributed to it.” Tom Petty, “The verse about Eddie Murphy, that was all Bob. Which embarrassed me a little bit because I remember seeing Eddie Murphy on TV really pissed off about it. I had nothing against Eddie Murphy or Vanessa Redgrave. What (Dylan) was talking about was media overload and being slammed with so many things at once. And times were changing; there weren’t four TV channels anymore.”

655.  “Since You’re Gone,” The Cars. Songwriter: Ric Ocasek; #41 pop; 1982. Blogger Nick Deriso, “This is the exact midpoint between the harder-edged new wave of the Cars’ classic 1978 debut (album) and the sleek MTV smash ‘Heartbeat City’ still to come. Beginning with a tap-shoe cadence, the determinedly disconnected ‘Since You’re Gone’ is defined by Elliot Easton’s guitar — which moves from nervy riffs to desperately sad swoons over the course of things. But listen closely, as Ric Ocasek begins a weird tale of romantic nihilism and Greg Hawkes’ sharp keyboard stabs. Taken together, they give the track its atmosphere of decade-defining modernity. When Ocasek lovingly chirps the line ‘you’re so treacherous,’ it sounds simultaneously hilarious and truly creepy (author’s note – Ocasek was aping Dylan’s phrasing). ‘Since You’re Gone’ feels like the last truly weird thing the Cars ever did.”

654.  “Time (Clock of the Heart),” Culture Club. Songwriters: Roy Hay, Boy George, Mikey Craig, Jon Moss; #2 pop; 1983. Boy George, on changing the image of what a pop singer/frontman could be, “I think there’s something really powerful in being yourself.”  “Time” was the second of six Top Ten singles from 1982 to 1984.  Guitarist Roy Hay, “At first, it was horrible, really bland. Then (bassist) Mikey (Craig) had this idea to use a staggered beat. I said, ‘Yeah, let’s do it with the Moog.’ So we did that, got the great snare sound and it came together.” Billboard, “Following ‘Do You Really Want To Hurt Me,’ ‘Time’ took a step towards cementing Culture Club as more than a fluke with a strong visual gimmick. Soulful, melodic and thoughtful, it boasts a simple genuineness that sounds as fresh and emotionally resident today as it did 35 years ago.”

653.  “We Belong,” Pat Benatar. Songwriters: Eric Lowen, Dan Navarro; #5; 1985.  Pat Benatar moved from a crunchy hard rock sound in the early ‘80s to a more mainstream pop direction, undoubtedly lengthening her time in the spotlight.  Benatar, “Spider (husband/producer Neil Giraldo kept saying ‘I don’t know’ (about this song). I kept hearing this choir like on ‘You Can’t Always Get What You Want,’ but a children’s choir. I said, ‘Please, please, PLEASE, try this. I know I can sing the shit out of this song.’ You are always hoping that you get ‘The Wedding Song.’ You get that one ballad that everybody plays at their wedding. It’s great to have one in the arsenal.”

652.  “Tell Me When It’s Over,” Dream Syndicate. Songwriter: Steve Wynn; Did Not Chart; 1982. The Dream Syndicate was literally a college band, formed by students at UC-Davis, who received tons of critical praise as part of the 1980’s neo-psychedelia era. Blogger Jim Connelly on this Lou Reed/VU inspired band, “Listen to Steve Wynn’s rhythm guitar. It’s the last thing you notice on this song. You’re listening to Karl Precoda’s endlessly corkscrewing lead, or you’re listening to Dennis Duck’s stop-time on the chorus, or you’re listening to Wynn coming on like the bastard son Uncle Lou had with Sister Ray. But the key to ‘Tell Me When It’s Over’ — the kick-off track to an album that I love beyond all measure — is one of the great rhythm guitar parts in history. With every scrape of his fingers against the strings, it’s like he’s peeling another layer from his very soul and holding it aloft for the world to see.”

651.  “Stray Cat Strut,” Stray Cats. Songwriter: Brian Setzer; #3 pop; 1982. Brian Setzer, “The real defining moment for me was when I heard (Gene Vincent’s) ‘Be-Bop-A-Lula’ on the jukebox. Back in 1976 or ’77, we had this club in Manhattan called Max’s Kansas City. There was always punk music blasting, but for some reason one day ‘Be-Bop-A-Lula’ came on the jukebox. It was as if a hand came across the bar and grabbed me, like, ‘Listen to me! Listen to how cool I am!’”  That life altering moment made Setzer a rockabilly guitarist in a heavy metal world, someone who would rather emulate Cliff Gallup and Scotty Moore than Jimmy Page or Eric Clapton.  The band’s secret weapon that made “Stray Cat Strut” more than a novelty number – the ability to incorporate jazz guitar licks into the equation.