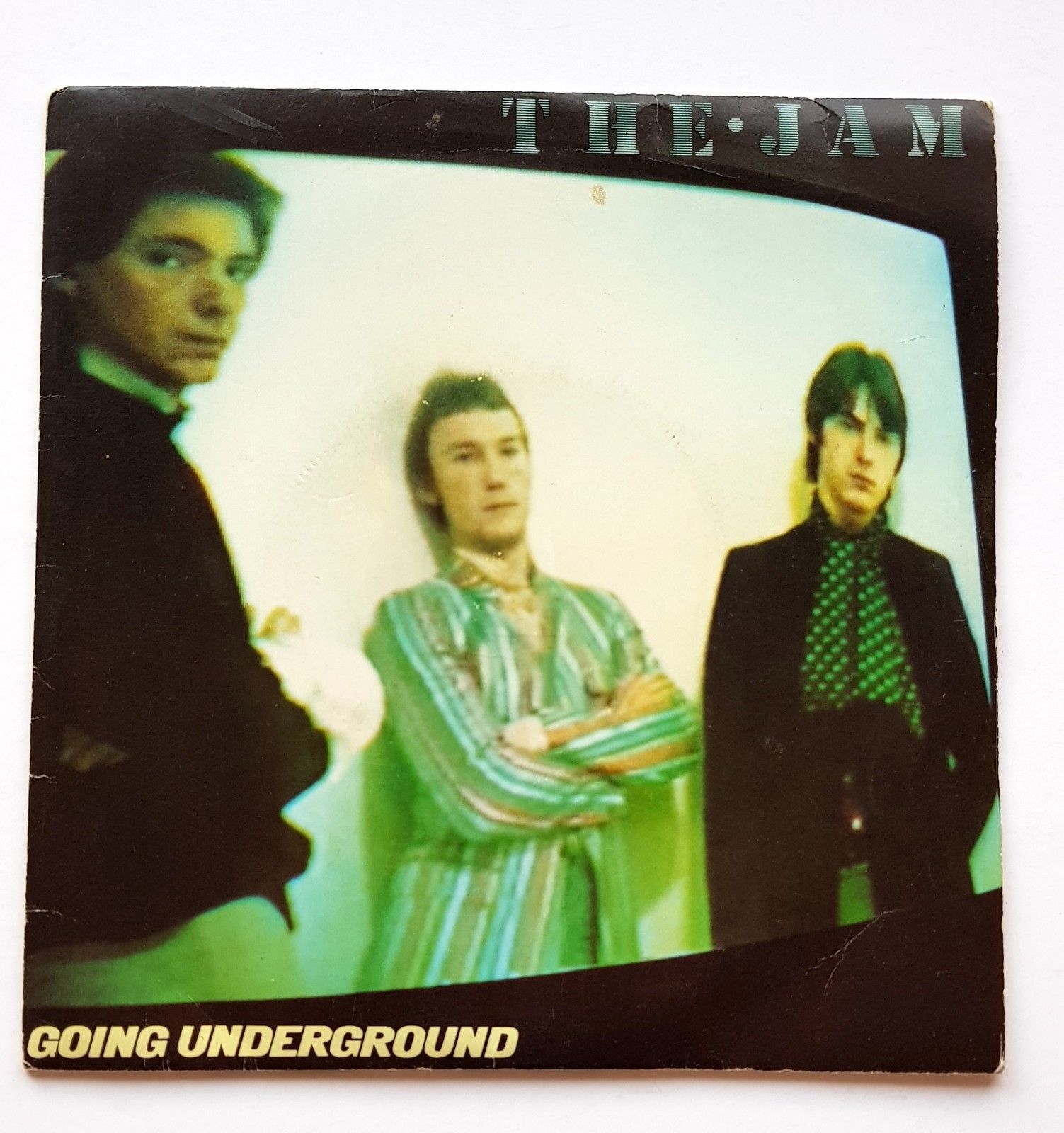 I play along with the charade.

630.  “Hit Me with Your Best Shot,” Pat Benatar.  Songwriter: Eddie Schwartz; #9 pop; 1980.  Pat Benatar, “I hate the idea of being singled out as a ‘Female Rocker.’ It defeats the entire argument that we are all the equal.”  Benatar, who had her first Top Ten hit with this resilient take on feminism, “I’m real meticulous with the lyrics because I gotta sing them. There were certain parts of that song (‘Hit Me With Your Best Shot’) that I liked, but most of it that I’ve sort of outgrown. I mean, it’s so hard to sing, ‘you’re a real tough cookie.’” Songwriter Eddie Schwartz, “The song is laden with sexual innuendo, but at the core is a song about self confidence. It’s a song saying ‘no matter what you throw at me, I can handle it, I can play in your league.'” Guitarist Neil Giraldo, “I try to find something new inside the song to do either by the guitar or keyboards or vocal, anything. Even a song like ‘Hit Me with Your Best Shot,’ which is one of the ones I hate the most. But some nights I’ll go, ‘Wow, I did something different and I really like that.’ That was my favorite song to play tonight.”

629.  “Jessie’s Girl,” Rick Springfield. Songwriter: Rick Springfield; #1 pop; 1982.  Jealous guy Rick Springfield, “I don’t know her name. It was a brief relationship I had when I was making stained glass for a while. I was going to a stained glass class in Pasadena, and I met this guy and his girlfriend. I was completely turned on to his girlfriend, but she was just not interested. So I had a lot of sexual angst, and I went home and wrote a song about it. Then about four months later I stopped going to the class and lost contact with them. The only thing I remember is his name was Gary, so I changed the name, because ‘Gary’ didn’t sing very well. But the whole thing is absolutely what I was feeling. He was getting it and I wasn’t, and it was really tearing me up. And sexual angst is an amazing motivator to write a song.”

628.  “Stop Draggin’ My Heart Around,” Stevie Nicks with Tom Petty and the Heartbreakers.  Songwriters: Tom Petty, Mike Campbell; #3 pop; 1981.  Producer Jim Iovine convinced Stevie Nicks to record the Tom Petty/Mike Campbell composition “Stop Draggin’ My Heart Around,” feeling that her 1981 debut solo album, “Bella Donna,” was lacking a strong lead single.  Drummer Stan Lynch, “It was a classic moment. It was going to be our song, a Petty song. It wasn’t a Stevie Nicks record. In my mind, when we were recording it, we were cutting a balls-to-the-wall, great song. I saw an arena. In my mind, it’s big. Like, ‘Fucking, let’s nail this!’”  Donald “Duck” Dunn played bass on the song and the Stax legend gave his seal of approval on the performance by concluding, “Well, you don’t like that, you don’t like pussy.”

627.  “Going Underground,” The Jam. Songwriter: Paul Weller; Did Not Chart; 1980. Author Jim Connelly, “Their first U.K. #1, and an absolute pinnacle of post-punk on nearly every level, ‘Going Underground’ remains an absolute marvel all these years later.” Dan Cairns from “The Times of London” on its impact, “Many Jam songs jostle for the title of fans’ favorite: ‘That’s Entertainment,’ ‘Strange Town,’ ‘Start!,’ and ‘Town Called Malice’ would surely be among the leading candidates. But it is ‘Going Underground,’ Paul Weller’s caustic but impassioned polemic about Thatcherism, political venality and voters’ apathy and complacency that clamors for primacy. It was the first of three Jam singles to go straight in at No 1 – on March 22, 1980 – and, in an instant, a whole musical generation (or so it seemed) felt vindicated and heeded.”

626.  “Young Turks,” Rod Stewart. Songwriters: Rod Stewart, Carmine Appice, Duane Hitchings, Kevin Savigar; #5 pop; 1981. Rolling Stone, “Nowhere in Rod Stewart’s 1981 song ‘Young Turks’ does he sing the words ‘Young Turks’ and nothing in there even remotely references Turkey. Instead, he sings ‘Young Hearts.’ It’s lead to a little bit of confusion over the years. It’s also a key moment in Rod’s career since it showed he had become a genuine 1980s hitmaker and not a Seventies dinosaur unable to adapt to the New Wave era.” Carmine Appice, “Rod was always trying to be on the cutting edge at that time, so we did drum machine stuff.” Songwriter Duane Hitchings, “I put together the whole song at my house with Carmine’s help and used an Oberheim OBX-A, Oberheim DMA sequencer and the Oberheim DMX drum box. It was really one of the first one-man-band setups. We took the whole setup in the studio and recorded straight to tape. I started the idea because Devo was real big and one of my favorite groups, thus the fast pulsing synth groove.”

625.  “Tenderness,” General Public.  Songwriters: Mickey Billingham, Ranking Roger, Dave Wakeling; #27 pop; 1985. General Public formed in 1984, lead by Ranking Roger and Dave Wakeling, former vocalists for The English Beat. Blogger Rob Jones, “Despite the connection to the British ska scene, this song hooks into a strain of music that even that earlier scene hooked into; Motown soul-pop. Even if this song is very much attached to the 1980s, it’s really a kind of a subtle throwback to the American pop music of the ’60s, with twangy guitar, a ‘You Can’t Hurry Love’ bassline, and an unexpected bassoon line that really feels like something of a Smokey Robinson-like flourish.” Dave Wakeling on the lyrical concept, “The notion was that you were driving around searching for the tenderness, whereas, of course, it’s in your heart all the time. So it’s like you’re looking in the outside world for something that can only be discovered in yourself, because love is a verb, not a noun. That was the notion of it.” Bonus trivia: Mick Jones of The Clash played guitar on this song.

624. “Pride (In the Name of Love),” U2. Songwriters: Bono, The Edge, Adam Clayton, Larry Mullen Jr.; #33 pop; 1984.  Billboard, “One of the band’s most powerful and enduring songs is ‘(Pride) In the Name of Love,’ a 1984 track honoring the life of Martin Luther King, Jr. Although Bono has winced at some of his lyrics (‘It’s just a load of vowel sounds ganging up on a great man’), the concise way he describes the impact of King’s work — and compares him to other great historical icons — is effective, especially in the final verse: ‘Free at last, they took your life/ They could not take your pride.’” The Edge, “There is a certain craft to the songwriting. It’s the only successful pop song we’ve ever written, and I use that word ‘pop’ in the best possible sense. Pop for me is an easily understandable thing; you listen to it and you comprehend it almost immediately.”

623.  “Yankee Rose,” David Lee Roth. Songwriters: David Lee Roth, Steve Vai; #16 pop; 1986. After his acrimonious split with Van Halen, David Lee Roth teamed up with guitar whiz Steve Vai for the 1986 album “Eat ‘Em and Smile.” “Yankee Rose” salutes the Statue of Liberty, while also turning her into a jezebel.  Roth on his attention deficit disorder approach to songwriting, “What I’m good at is the song-crafting end, tweaking out the little phrases. The two little high notes at the end of the phrase in ‘Jump,’ I wrote. The little riff in ‘Yankee Rose,’ that little ZZ Top-type riff that goes ‘da da da da da da DAH dum’ – that’s me. When the two guitars do that thing in the middle, when everything stops and they do it together and it’s just total spasmo – that’s my contribution.” From Guitar World, “Roth also had some ideas for the guitar parts for ‘Yankee Rose.’ While Vai overdubbed, Roth got him focused on constructing an outro solo that might be visually arresting for MTV audiences. Roth coached Vai, saying, ‘Here in the video I want you to do something where you can take the guitar and ram it between your legs.’”

622.  “Killed by Death,” Motorhead.  Songwriters: Phil Campbell, Würzel (Michael Burston), Lemmy (Ian Kilmister), Pete Gill; Did Not Chart; 1984.  Why write about a song when you can simply quote Lemmy instead?  Lemmy on romance: “I like girls. That’s the only reason I’m in the music business – I discovered you could get women to take their clothes off if you had a guitar. And they come off a lot faster if you can play it.”  Lemmy on money: “I made more money out of writing those four songs for Ozzy than I made out of fifteen years of Motörhead – ludicrous, isn’t it!” Lemmy on religion: “If there is a God he hasn’t been paying attention. He should retire and hand over to a younger man, because he’s making a real bollocks of everything.” Lemmy on his life’s mission: “We are Motörhead. And we play rock and roll.”

621.  “Life’s What You Make It,” Talk Talk. Songwriters: Mark Hollis, Tim Friese-Greene; #90; 1986.  The London synth pop act Talk Talk reached the Top Twenty of the U.K. charts on three occasions from 1982 to 1990.  Pressured to write a hit single, “Life’s What You Make It” resulted in one of their biggest international hits.  Tim Friese-Greene, “I had a drum pattern loosely inspired by Kate Bush’s ‘Running Up That Hill’ and Mark (Hollis) was playing ‘Green Onions’ organ over the top.” A few years later Talk Talk would be mentioned as an important “post rock” pioneers.  Andy Whiteman of “Paste” magazine, “The telltale marks of the genre – textured guitars, glacial tempos, an emphasis on dynamics, electronica, ambience and minimalism – were all in place, and paved the way for bands like Sigur Rós, Mogwai, Godspeed You! Black Emperor, Low and latter-period Radiohead.”  Talk Talk lead singer Mark Hollis passed away in February of 2019.