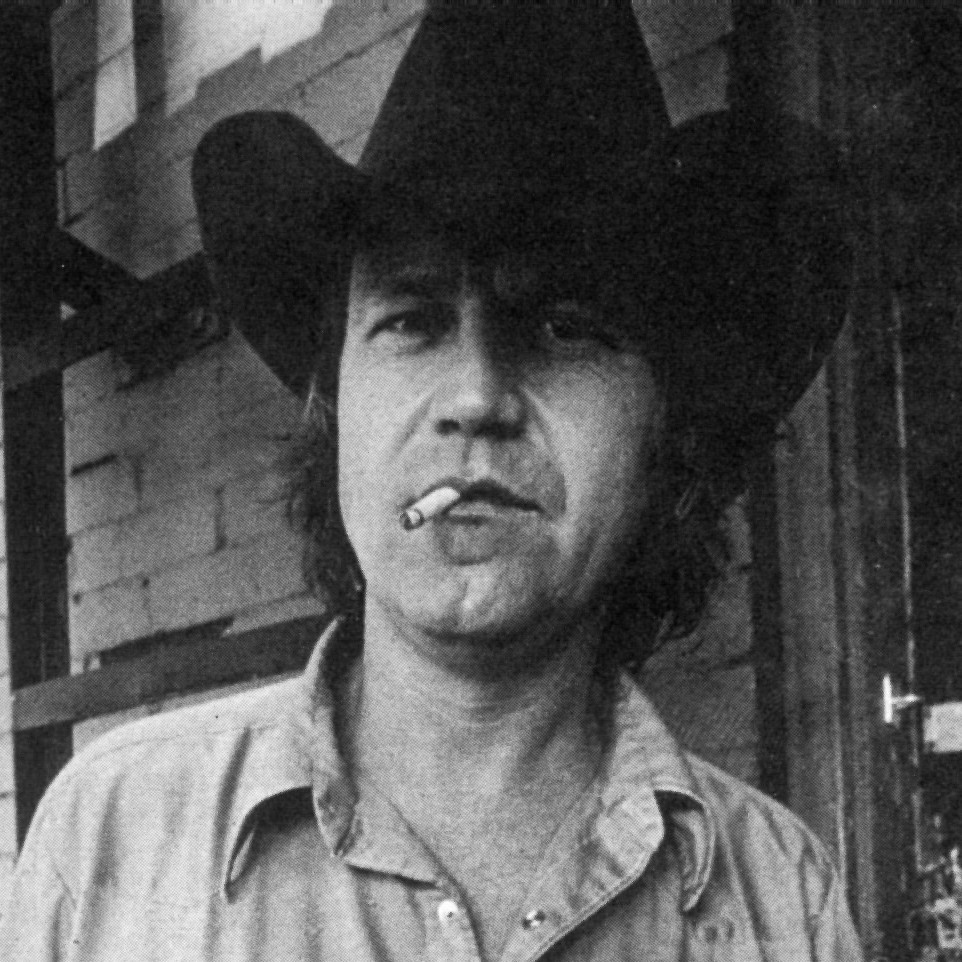 Senorita, I’m in trouble again and I can’t get free.

610.  “Live Wire,” Motley Crue.  Songwriter: Nikki Sixx; Did Not Chart; 1981. Christa Titus of Billboard, “The track from 1981 debut ‘Too Fast for Love’ drips with raw promise, attitude and rampant pheromones. Later Crue albums reaped the benefits of meatier budgets and professional experience, but ‘Live Wire’ gives voice to a pack of hungry miscreants ready to annihilate anything, themselves included, standing in the way of success.” Sterling Whitaker from Ultimate Classic Rock on this song that could be labelled both punk and speed metal, “Musically the song is an introduction to the straightforward riffing that characterized early Crue, earning enough attention that the group got signed to Elektra — despite some detractors who felt the song borrowed too much from Girlschool’s ‘Yeah Right.’”

609.  “Don’t Slander Me,” Roky Erickson. Songwriter: Roky Erickson; Did Not Chart; 1986.  Producer Stu Cook on working with Roky Erickson during the early 1980s, “I came down to Austin and put on a coat and a tie and went over to the institution where they had Roky locked up, and I would check him out. And several of the other inmates, patients, they thought I was a doctor and they tried to get me to get them out. I would spring Roky and we would take him down to the studio and we would work on vocals. And when he would stop being productive I would be like, okay Roky, go have dinner and go back home, got to check you back in. See you tomorrow!” Rock critic Mark Deming, “’Don’t Slander Me’ is one of Erickson’s strongest rock albums, with his voice sharp as a switchblade and his rhythm guitar work clicking perfectly with Duane Aslaksen’s fierce leads and Billy Miller’s gloriously eccentric autoharp patterns. While many of the songs on ‘Don’t Slander Me’ popped up before (and since) throughout Erickson’s recording career, the versions here are focused and passionate (especially ‘Bermuda,’ ‘Can’t Be Brought Down,’ and the storming title cut).”

608.  “Temptation,” New Order. Songwriters: Gillian Gilbert, Peter Hook, Stephen Morris, Bernard Sumner; Did Not Chart; 1982. Music journalist Aaron Lariviere, “This is where it all started, where the New Order we know and love found its voice and broke out in song (and, for the first time, dance). The band’s earlier singles were pretty gloomy, carrying the pallor of later Joy Division into the newer project, even as a glimmer light began to creep in around the edges. ‘Temptation’ drew back the curtain and let that light flood in: Suddenly this was dance music, this was uptempo, and check out that chorus! Who knew Bernard Sumner could step it up and bust out a doe-eyed romantic gem of this caliber?” Bassist Peter Hook, “’Temptation’ is a song that showcases every element of New Order as a band, and that’s another one that always goes down a storm when played live.”

607.  “Don’t You Want Me,” Jody Watley. Songwriters: Jody Watley, Franne Golde, D.P. Bryant; #6 pop/#3 R&B; 1987. Chicago native Jody Watley started her music career as part of the R&B pop vocal act Shalamar, a group that was put together by “Soul Train” head honcho Don Cornelius.  She started her solo career in 1987, reaching the Top Ten with three singles from her eponymous platinum debut album. The dance hit “Don’t You Want Me” was produced by Bernard Edwards from Chic, so it’s no surprise that the funky bassline carries the song. Music critic Jon Dawson in 2013, “Teetering into the same territory Nile Rodgers and Bernard Edwards laid out for Madonna, ‘Don’t Ya Want Me’ is still a catchy tune to those yearning for those simpler times when spandex ruled the day. Watley went on to make better albums, but her debut was the pinnacle of her pop prowess.”

606.  “Hey D.J.,” The World’s Famous Supreme Team. Songwriters: Larry Price & Ronald Larkins Jr.; #15 R&B; 1984.  The World’s Famous Supreme Team was a New York radio show crew who contributed to Malcolm McLaren’s 1982 square dance themed rap number “Buffalo Gals” in 1982.  Songwriter Larry Price (a.k.a. Se’Devine the Mastermind), “I wrote ‘Hey D.J.’ after listening to Frankie Beverly and Maze sing ‘Before I Let Go’ while I was coming out of North Carolina. I felt it was a jazzy song and wondered if I could put together something like that. I completed it down in Philadelphia through Bunny Ziegler because I was trying to get that Philly sound. I was trying to get away from that New York sound. Although those cats from Philly were pretty much done by the time I started doing my thing but I still dug that Philly sound as a youngster.” This funky, party rap was sampled on Mariah Carey’s 1997 #1 single “Honey.”

605.  “Little Guitars,” Van Halen.  Songwriters: Michael Anthony, David Lee Roth, Alex Van Halen, Eddie Van Halen; Did Not Chart; 1982.  “Little Guitars” demonstrates that Van Halen could be a nimble, pop band when the mood struck, with Eddie playing an acoustic intro inspired by flamenco guitarist Carlos Montoya (no relation to Inigo Montoya).  From the Ultimate Classic Rock website, “This sweet, romantic track from Van Halen’s most overlooked studio album (‘Diver Down’) hints at the alternative future that might have been had David Lee Roth not left the band in the mid ’80s. Eddie Van Halen’s musical ideas were clearly getting more sophisticated and pop-friendly and less reliant on hard-rock riffs. Maybe Diamond Dave couldn’t have found his way around straight-ahead ballads like ‘’When It’s Love’ as well as Sammy Hagar did, but a song like ‘Little Guitars’ indicates that there would have been a happy middle ground.”

604.  “If You Were a Priest,” Robyn Hitchcock & the Egyptians. Songwriter: Robyn Hitchcock; Did Not Chart; 1986. Music journalist Stewart Mason, “’If You Were a Priest’ has the same breathless forward momentum as the Soft Boys’ ‘Underwater Moonlight’ or ‘(I Wanna Be An) Anglepoise Lamp,’ but the addition of Roger Jackson’s keyboards and the extra oomph that Hitchcock and co-producer Andy Metcalfe give to the rhythm section made the song sound at least a little closer to the pop mainstream. Hitchcock’s ultra-jangly guitar fills, more than a little reminiscent of his new friend Peter Buck’s work in R.E.M., also help fit the song neatly into the college radio sound. Like the rest of (the) ‘Element of Light’ (album), it sounds like the happy accident of Hitchcock’s talents and interests temporarily being relatively close to something that a larger than usual number of people were interested in hearing.”

603.  “Shake It Up,” The Cars. Songwriter: Ric Ocasek; #4 pop; 1982. Ric Ocasek hasn’t taken any pride on his lyrical work on “Shake It Up,” but the bouncy, new wave party hit was the band’s first Top Ten single.  Elliot Easton composed what he wanted to sound like a dueling guitar solo, with country and rock elements.  Easton, “I always liked the idea of short, concise leads that were part of the song. You take off where the lead vocal stops and you tell a little story, you know? And it has a beginning, a middle and an end, and then you have to find a way to gracefully set the guitar down so that the vocal can come back in. It’s a compositional process, really.”  Rock critic Steve Morse finding the bottom line, “The Cars were a brainy band, but this is an openly dumb song that hit No. 4 on the charts because of its dance pulse.”

602.  “Political World,” Bob Dylan.  Songwriter: Bob Dylan; Did Not Chart; 1989.  “Political World” is a shuffle meets New Orleans jam number where Dylan catalogues the mood of modern times – where love has no place, wisdom is thrown in jail, and mercy walks the plank.  The great triumph of producer Daniel Lanois on the “Oh Mercy” album?  Making Dylan sound like he was emotionally involved in his music again.

601.  “When the Word Was Thunderbird,” Billy Joe Shaver.  Songwriter: Billy Joe Shaver; Did Not Chart; 1981.  Billy Joe Shaver’s discography isn’t a model of efficiency; he has often released re-recorded versions of his compositions.  “When the Word Was Thunderbird” was first recorded for his 1976 “When I Get My Wings” album and it flops around like a landed fish desperate for water.  Shaver righted himself on the streamlined 1981 cut, reminiscing about the days when the word was thunderbird and the price was forty twice.  (Shaver, a Texas recycling pioneer, also included “Thunderbird” on the 1999 “Electric Shaver” album and on the 2012 “Live at Billy Bob’s Texas” set).  Shaver may have some shortcomings as a vocalist, but the self-described “Wacko from Waco” is not lacking in the colloquial charm department.