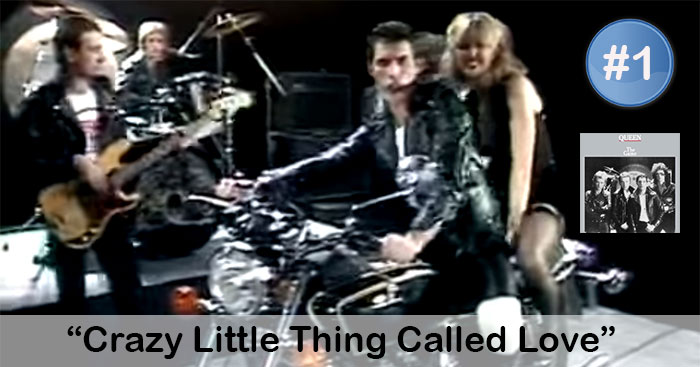 Ghosts appear and fade away.

570.  “Bitchin’ Camero,” Dead Milkmen.  Songwriters: Joseph Genaro, Rodney Linderman, Dean Sabatino , Dave Schulthise; Did Not Chart; 1985.  Daniel Brockman of the VanyaLand website, “’Bitchin’ Camaro’,’ musically and stylistically, wasn’t far off from the blueprint set forth by sarcastic punkers at the time: Dead Kennedys and Circle Jerks, to name just two far more entrenched punk institutions, had cemented the concept of first-you-play-like-a-lounge-band-and-then-you-explode-with-punk-rage. It was a song idea that would soon become the template for another college rock darling, the Pixies, who would of course bring the quiet-loud-quiet-loud strategy to bands like Nirvana who themselves would ultimately make the style the rock cliché of the following decade. The difference, though, between all of these bands and the Dead Milkmen is just the sheer goofiness of ‘Bitchin’ Camaro” –  the meat of the song is the semi-improvised intro, as Joseph Genaro and Rodney Linderman attempt to skewer rich kids, surfer culture and general rock/party tropes with maniacal glee. In essence, what is being celebrated is being on the outside of a party you never wanted to be invited to anyway.”

569.  “Only a Memory,” The Smithereens. Songwriter: Pat DiNizio; #92 pop; 1988. The New Jersery power pop/’60s influenced rock band The Smithereens scored a #1 Mainstream Rock hit with their lost love number “Only a Memory.”  This conversation unwittingly sheds light on why The Smithereens were underappreciated during the 1980s: NPR’s Terry Gross, “’Only a Memory’ has a really good hook, and I wonder if you actually think about things like hooks in your songs when you’re writing one.” Songwriter: Pat DiNizio, “I’m very conscious about song structure. And I was always a fan of the classic pop song writing structure, a structure or type of songwriting that was more prevalent in the 1950s and ’60s. And those sorts of songs included hooks. There are hooks today in a lot of popular music, but it seems as though the song itself is being ignored in favor of writing songs around a beat or a drum machine.”

568.  “Hungry Heart,” Bruce Springsteen.  Songwriter: Bruce Springsteen; #5 pop; 1980.  Bruce Springsteen scored his biggest pop hit until the release of his “Born in the U.S.A.” album with “Hungry Heart,” a song originally penned for, but not given to, Joey Ramone with a theme copped from the Alfred Lord Tennyson’s poem “Ulysses” (“For always roaming with a hungry heart”).  Music journalist Hilary Saunders, “Upbeat in tempo and sultry with Clarence’s subtle staccato sax, the song actually conveys a dull ache that captures the universality of yearning.” Or, in the words of the NME’s Leonie Cooper, “Trust Bruce to make running away from your responsibilities the most fun in the world.”

567.  “She’s Got a Drinking Problem,” Gary Stewart. Songwriters: Tim DuBois, Danny Morrison, Wood Newton; #36 country; 1981. Gary Stewart, the 1970s king of traditional honky tonk music, moved to Nashville in the mid-1960s, picked up a gig as Charley Pride’s piano player, and penned Top Ten country singles for Nat Stuckey (1969’s “Sweet Thang and Cisco”) and Billy Walker (1970’s “When a Man Loves a Woman (The Way That I Love You))” before becoming a solo act. His eccentric, vibrato-laden vocal style was made for heartache and drowning his sorrows in a bottle material. Gary Stewart’s career was plummeting in the early 1980s and his personal issues undoubtedly contributed to that reality – check out the 1981 b-side “Honky Tonk Man” on YouTube, it sounds like a man singing from the substance abuse section of a psychiatric ward.  Written by a trio of Nashville pros and sounding too countrypolitan by half, “She’s Got a Drinking Problem” was Stewarts last Top 40 hit, a non-album single that peaked at #36.  When this man concludes “she’s got a drinking problem and it’s me,” you believe him.

566.  “A Million Miles Away,” The Plimsouls. Songwriters: Joey Alkes, Peter Case, Chris Fradkin; #82 pop; 1982. Being a power pop outfit in the early ‘80s may have been a straight walk to the soup line, but that didn’t stop bands from exploring those bright, jangly sounds.  Ken Tucker of NPR, “The Plimsouls’ music consisted of tight little melodies with terse guitar hooks from Eddie Munez and hoarse vocals from Peter Case. Their colleagues and competition ranged from now almost forgotten bands like The Three O’Clock to the rancid smirk of The Knack, L.A.’s power pop’s most commercially successful act. The Plimsouls’ music resides in history somewhere in the middle. The band’s best songs didn’t just sound like potential hit singles; they sounded like anthems in soaring tunes such as ‘A Million Miles Away.’” Author Ken Barnes, “Released late enough in power pop’s ‘golden decade’ that it almost turns into college rock, Peter Case & Co.’s finest moment captured the original conception of pop with dynamics, with guts, with… well, power.”

565.  “Fall on Me,” R.E.M. Songwriters: Bill Berry, Peter Buck, Mike Mills, Michael Stipe; #94 pop; 1986. R.E.M. biographer David Buckley, “’Fall on Me’ may be the finest R.E.M. melody ever recorded. The meld of harmonies in the middle eight as Mills contributes one of his trademark counterpoints, is almost unbeatable.” Peter Walker of The Guardian, “It’s one of the more conventional REM moments, jangling of guitar and traditional in structure, but also one of their most instantly and obviously beautiful, particularly the chorus, with its twin vocal melodies by Michael Stipe and Mike Mills. As was REM’s fashion then, the lyrics are either virtually incomprehensible or so opaque as to allow almost any personal meaning to be projected on to them. Taken in whole it conveys as well as any song I know the sort of vast, desperate but unfocused yearning so appealing to the teenage mind.”

564.  “Crazy Little Thing Called Love,” Queen. Songwriter: Freddie Mercury; #1 pop; released in 1979, peaked on the charts in 1980.  Freddie Mercury, “’Crazy Little Thing Called Love’ took me five or ten minutes. I did that on the guitar, which I can’t play for nuts, and in one way it was quite a good thing because I was restricted, knowing only a few chords. It’s a good discipline because I simply had to write within a small framework. I couldn’t work through too many chords and because of that restriction I wrote a good song, I think.” Brian May has stated the song was Freddie’s tribute to Elvis.  Mercury on being a singer, “After Elvis Presley, it’s all parody, isn’t it?”

563.  “Brilliant Mistake,” Elvis Costello. Songwriter: Elvis Costello; Did Not Chart; 1986. Elvis Costello continued to explore different stylistic genres throughout the ‘80s, which must have thrilled his record label.  The 1986 “King of America” album was, appropriately enough, an Americana album that Costello co-produced with roots rock specialist T-Bone Burnett.  Costello, “For everything I knew about America, you could say the opposite was the truth. It was the most wanton place, and the most prohibitive. For every brash sales pitch and disposable thrill there was decency and strange, deep traditions that European clichés about America often overlooked. ‘Brilliant Mistake’ was about being deluded or imagining a life in exile – better a stranger in your own hometown than a stranger to your own better nature.” Rock critic Jim Beviglia, “’Brilliant Mistake’ is partly about the artificiality of certain U.S. citizens and promises, but as told through the perspective of a hapless newcomer on our shores whose issues go beyond his new location, it plays out like a sad comedy rather than a bitter diatribe.”

562.  “(Believed You Were) Lucky,” ‘Til Tuesday.  Songwriters: Aimee Mann, Jules Shear, Did Not Chart; 1988.  Aimee Mann walks away from an uninspired lover on “(Believed You Were) Lucky,” no longer having the wherewithal to invest her energy in a lost cause.  The chorus says it all, “I wish you believed in life/Believed in fate/Believed you were lucky/And worth the wait/’Cause life could be lovely/Life could be fucking great.”  Even more interesting is that the song was written musician Jules Shear, who Mann was ending a romantic relationship with at the time.  Shear, who had no hard feelings about being the subject of Mann’s heartbreak, “That’s very much Aimee’s style–what she wanted to do all along was to be that confessional, ultra-autobiographical type of songwriter. I was well aware of that, and I was definitely fair game to be written about. Most of it was really good. My feeling was if it made for good songs, it was fine with me.”

561.  “Overkill,” Men at Work. Songwriter: Colin Hay; #3 pop; 1983. Colin Hay, “It’s about leaving somewhere and leaving your comfort zone. You spend a lot of years trying to get something – fame or recognition or getting to a certain point, and then when you actually achieve it, there’s always a certain amount of fear that comes with that, a sense of loss of control, because all of the sudden you’re not in control of a situation any more, there’s other people involved, it gets bigger and bigger with much more stress. I thought to myself…’Well, nothing’s going to be the same ever again. We’re not going to able to walk in the same neighborhoods with the same level of anonymity as before,’ and I knew that things were happening very quickly. I was also developing quite a challenging kind of drinking habit, you know? So I thought I was going to have to address this at some point. So there were a few things that were concerning me, about diving in the deep end of life with a drink. Was I up for it?”