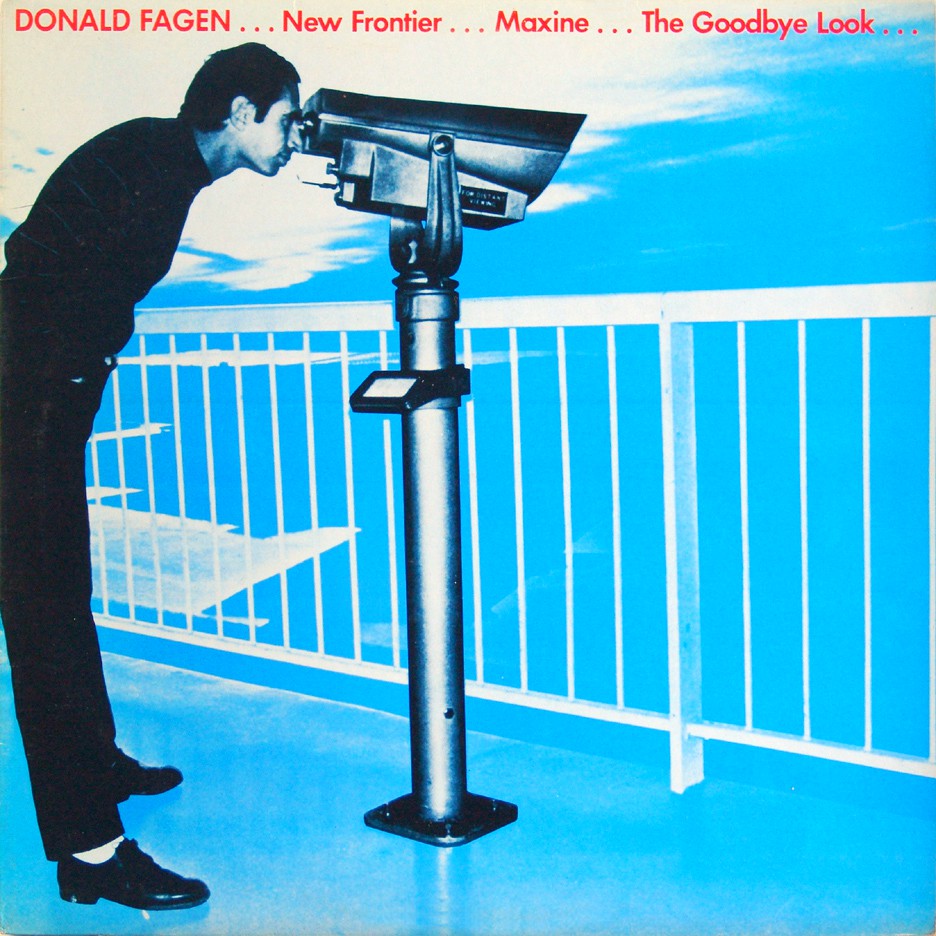 We’ve got to have some music on the new frontier.

560.  “I’m in Love with My Walls,” Lester Bangs. Songwriters: Lester Bangs, Mitch Hyman (Mickey Leigh); Did Not Chart; 1981. Lester Bangs, not satisfied with being one of the most important music journalists in pop culture history, began working with New York musician Mickey Leigh during the late 1970s.  Leigh, the leader of the pop punk band The Rattlers, recorded sessions that would be released in 1986 as “’Birdland’ With Lester Bangs.” While slumming in Austin, Bangs recorded with the local punk outfit the Delinquents and resurrected his Leigh agoraphobia collaboration “I’m in Love with My Walls.” The sound is Velvets gone garage rock, suitably claustrophobic for the occasion. Ever the innovator, Bangs was wading early into alt-country with the album track “Life is Not Worth Living (But Suicide’s a Waste of Time).”

559. “Going Down to Liverpool,” Bangles. Songwriter: Kimberly Rew; Did Not Chart; 1984. Kimberley Rew, the former guitarist of The Soft Boys, penned “Going Down to Liverpool” and it was originally recorded by an early version of Katrina and the Waves, simply called The Waves.  Rew, “The Bangles heard our early version of the song on a Canadian Attic label album of ours; I imagine they picked it out by a combination of association with the Soft Boys on the same label, who were just beginning to acquire a posthumous reputation, plus the fact that there weren’t that many other new guitar band records for them to listen to at the time. Needless to say, I was delighted.” Vicki Peterson of the Bangles, “It was great, the beat, the feeling of it, something about the guitars sounded like us. He is making a statement – ‘UB40 in my hand.’ (A “UB40” was the U.K. unemployment compensation form during the 1980s).  It’s very sort of sarcastic, thrown away. ‘Going down to Liverpool to do nothing all the days of my life.’ It’s very offhandedly done, it’s not like a heavy-handed political statement. It’s something that we were comfortable with.”

558.  “I Couldn’t Leave You If I Tried,” Rodney Crowell.  Songwriter: Rodney Crowell; #1 country; 1988.  After a decade of being known primarily as a writer and producer, Rodney Crowell exploded commercially with the 1988 “Diamonds & Dirt” album – I’m not aware of any other regular issue country album that included five #1 singles. “I Couldn’t Leave You If I Tried” has that sunshine busting out all over vibe, similar to Buck Owens’ “Love’s Gonna Live Here” from a previous generation (or two).  The world can never have enough buoyant optimism.

557.  “Girls Talk,” Elvis Costello and the Attractions.  Songwriter: Elvis Costello; Did Not Chart; 1980.  “Girls Talk” was originally recorded by Dave Edmunds, given to him in a “moment of drunken bravado” by Costello, and resulting in a Top Five U.K. hit. Edmunds, “He’s quite an intense person and he’s quick to point out things that he doesn’t like. (Laughs) I remember playing it to him on the tour bus in America, and he didn’t say much. It sounded great to me, and it got him a Top 5 record, so I’m sure he’s not that upset about it, but I would have been delighted if someone had done a turnaround on a song I’d quickly jotted out and came up with a hit single.” The song begins with a great line about how people are invariably disgusted by and attracted to gossip: “There are some things you can’t cover up with lipstick and powder/Thought I heard you mention my name, can’t you talk any louder?”  Linda Ronstadt included a Brill Building take of “Girls Talk” on her 1980 “Mad Love” album.

556.  “Good Life,” Inner City.  Songwriters: Kevin Saunderson, Paris Grey, Ann Saunderson, Roy Holmon; #73 pop; 1989. Kevin Saunderson was a pioneer in the Detroit techno movement and his band Inner City had five consecutive #1 U.S. Dance hits in 1988 and 1989.  They did even better internationally with the singles “Big Fun” and “Good Life” hitting the Top Ten in the U.K. and in several European countries. Andrew Ryce of Pitchfork, “’Good Life’ proved irresistible for (techno) heads and dilettantes alike, reinforcing a surge of interest in house music that has echoes of today’s EDM explosion.” Kevin Saunderson, “‘Good Life’ is a song that’s going to touch people forever, it’s gonna inspire people, change their mood when they need it, it’s definitely going to make them dance. It wasn’t the intent to make a record to be a hit, it was the intent to make a record that could be played in the clubs that had a melody, which reminded me of when I used to go to hear Larry Levan play Evelyn ‘Champagne’ King or Chaka Khan.”

555.  “Bigger Stones,” The Beat Farmers. Songwriter: Paul Kamanski; Did Not Chart; 1985. San Diego rockers The Beat Farmers were labelled “cowpunk” or “roots rock” during their heyday.  A song like “Bigger Stones,” which has a Springsteen influence without sounding like a retread or parody, would be filed under “Americana” in 2018.  The Beat Farmers were best known for the oversized personality of founder Country Dick Montana, who died onstage in 1996, and for the Dr. Demento fave/novelty number “Happy Boy.” Dave Alvin on Country Dick (nee Dan McClain), ““He was a rattlesnake. He was always coiled. You didn’t know what was gonna happen. Sometimes coiled rattlesnakes don’t bite and sometimes they do. There are certainly some good Beat Farmers records, but it’s hard to capture a larger-than- life personality like him. Once you unleashed him, that became the reason a lot of people went to their shows, to see the rattlesnake.”

554.  “Talking in Your Sleep,” The Romantics.  Songwriter: Coz Canler, Jimmy Marinos, Wally Palmer, Mike Skill, Peter Solley; #3 pop; 1984.  Producer Peter Solley, “We spent a lot of time on the mix on that particular song more than any other. We intentionally were trying to do a hit song. We got the right tempo, the right groove. It was a great evolvement from an idea. In pre-production, they had the riff and that was it. They had nothing else. And I still to this day don’t know if Mike (Skill) knows that I doubled his bass. I never told him. But the song really woke us up. It just had magic.”  Lead singer Coz Canler, “‘Talking in Your Sleep’ was the last song we put on the album. I remember the old black guy sweeping up the place at Criteria Studio was saying, ‘I’ve been here since James Brown, and that’s song’s gonna hit big.’ I promised my folks I’d have a gold record by 30, and I got it just under the wire.”

553.  “Outside the Trains Don’t Run on Time,” Gang of Four. Songwriters: Dave Allen, Hugo Burnham, Andy Gill, Jon King; Did Not Chart; 1980.  Rock critic Rick Anderson, “Gang of Four’s debut four-track EP (‘Yellow’) was like a warning shot across the bow of Western consumer culture. Everything about this band seemed designed to be absolutely no fun at all, from the band’s explicitly revolutionary name to the songs that address domestic fascism, militarism, sexual oppression in the home, and gun control. Then there was the music itself, a harshly grating yet strangely funky amalgam of Motown-inflected basslines, machinelike drumming and Andy Gill’s angular, psychotic guitar, all of it topped off by the sprechgesang of Jon King, who mutters and yells and flatly declaims his stentorian political and cultural pronouncements with all the subtlety of a hammer and sickle and the conviction of a Pentecostal preacher. The EP (and, ultimately, an entire school of postpunk rock ’n’ roll) opens with ”Outside the Trains Don’t Run on Time,” a portrait of a man obsessed with order and furious at the world for not sharing his passion. His anger at the world is expressed, naturally, through his behavior at home – the couplet ‘Outside the trains don’t run on time/He believes it’s no coincidence’ is followed quickly by ‘Home/It’s no castle/He wants/His wife/To run/And fetch,’ thus setting up another thematic trope that will become central to the band’s future writing.”

552.  “Slave to the Rhythm,” Grace Jones. Songwriters: Bruce Wooley, Simon Darlow, Stephen Lipson, Trevor Horn; #20 R&B; 1985. Producer Trevor Horn, “The original recording had a very Germanic beat. I thought that if it was called ‘Slave to the Rhythm’ it should be a better rhythm – and the only rhythm I could think of that was good enough was Go-go music, which was really happening at the time. It was such a daft idea when I look back on it. We had a band of really great Go-go musicians: some people from Experience Unlimited, some from Trouble Funk … and they could all really play – but nobody could remember an arrangement. In fact, they were baffled by the idea of an arrangement. They just started, kept going and then they stopped.” Co-writer Steve Lipson, “At one point the guitar player went to the toilet for about two or three minutes, and that ended up being the only time we had the groove without the guitar all over the drums. That was our window of opportunity to make a loop out of that little bit and make a rhythm track out of it.”

551.  “New Frontier,” Donald Fagen.  Songwriter: Donald Fagen; #70 pop; 1983.  “New Frontier” is another illustration of Donald Fagen’s carefully wrapped icy cynicism, in this instance, spoofing a coming of age youngster who parties in his father’s bomb shelter while dreaming about the big city and jazz during the Kennedy years.  Fagen, “You’ll hear a little blues guitar played by Larry Carlton, and it’s kind of a track reflecting the spirit of the times. The storyline is basically about a bunch of kids who have a party in a fallout shelter while their parents are away for the weekend.” Robert Toth of the New York Times, “Obviously, Mr. Fagen is having some fun at his hero’s expense. But he also seems to have fond memories of just how sexy a vacuum-packed world could be.”