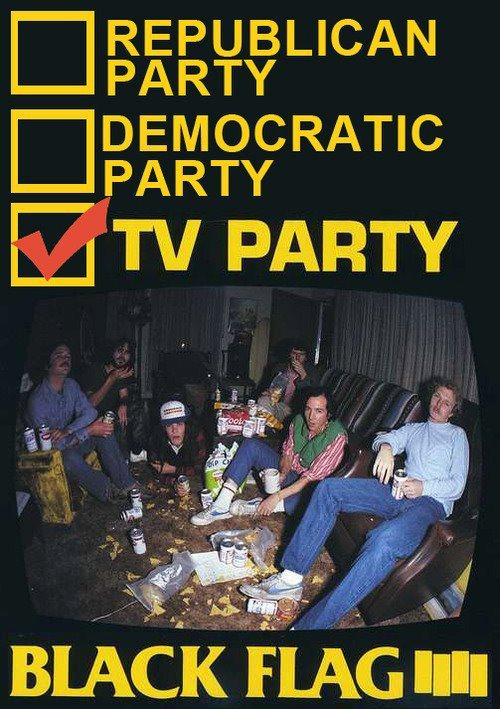 We’ve got nothing better to do, than watch TV and have a couple of brews.

530.  “Midnight Girl/Sunset Town,” Sweethearts of the Rodeo. Songwriter: Don Schlitz; #4 country; 1987. California sisters Janis and Kristine Oliver started performing as a bluegrass act as teenagers.  A relationship with Emmylou Harris helped the duo get work as background vocalists and as an opening act in the 1970s.  After moving to Nashville in the 1980s (primarily for family reasons, Janis Oliver was once married to Vince Gill), the Sweethearts of the Rodeo signed with Columbia Records and released eight Top Ten singles from 1986 to 1988.  The Don Schlitz composition “Midnight Girl/Sunset Town” is a reversal of country music’s favorite pet theme – the young woman narrator actually longs to leave her rural, one horse town setting for the excitement of a city.  For music nerds, it wasn’t hard to root for an act named after the groundbreaking Byrds LP.

529.  “Got to Have Your Love,” Mantronix (featuring Wondress).  Songwriters: Bryce “Luvah” Wilson, Kurtis el Khaleel, Johnny D. Rodriguez; #82 pop/#26 R&B; released in 1989, peaked on the charts in 1990. Kurtis el Khaheel (a.k.a. DJ Kurtis Mantronik), “I arrived in New York in the summer of 1980 and the radio stations were all playing dance music. The whole scene was bubbly and exciting. I’d go to Central Park and all the skaters would have their radios tuned to the disco stations. You’d have all these boom boxes tuned to the same station and when the big records came on it was like being inside a club.”  Mantronix formed in New York City during the mid-1980s and were initially known for their mixture of rap and dance music.  The group’s 1985 single “Fresh is the Word” took the electronic pop of acts such as Kraftwerk and Neu! into the world of rap music.  They were more tilted to the dancefloor on 1989’s “Got to Have Your Love,” a Top Ten U.K. hit.  Songwriter Kurtis el Khaheel, “When I did ‘Got to Have Your Love,’ I did it for a reason. I did it because i wanted to get a song on the radio.”

528.  “TV Party,” Black Flag. Songwriter: Greg Ginn; Did Not Chart; 1981.  Ross Baker of Sabotage Times, ““T.V. Party” details the joys of social drinking and kicking back with your buddies even when you’re flat broke. A stark and lonely image of unemployed youth it also offers hope in the comfort of friendship and camaraderie. Its infectious gang vocal would be a technique often imitated by many for to this day within both metal and hardcore. It is also a subversive swipe at the negativity of American media with its lyrics about unemployment. The lyric ‘We got nothing to do, but watch TV and have a couple of brews’ injects a sense of hope and humanity proving that while cynical and unhappy with the cards life had dealt them they still wanted to let loose and have fun on occasion. A disgruntled finger of the dissenting working class disguised as an ode to a liquor fueled lads night in.”  The fact that I included “TV Party” instead of “Rise Above” reveals my roots as a comfortably suburban punk rocker.

527.  “Mercedes Boy,” Pebbles. Songwriters: Pebbles (Perri Reid); #2 pop/#1 R&B; 1988. Los Angeles based singer Perri “Pebbles” Reid release three Top Ten pop singles (“Girlfriend,” “Mercedes Boy,” and “Giving You the Benefit”) between 1987 and 1990, while scoring four #1 R&B hits during that timeframe.  She later went on to manage (or mismanage, depending on your point of view) the 1990s superstar R&B trio TLC.  From the Albumism website, “Perri Reid has often recalled having a specific vision for her debut project when she met the powers that be at MCA Records. When you spin her 1987 debut, it shows. ‘Pebbles’ was that rare late ‘80s album that, despite employing an army of producers that included the Gap Band’s Charlie Wilson and L.A. Reid and Babyface, was fully realized and cohesive in all its sleek, fly girl realness. It’s easy for an artist to get lost in a release helmed by a variety of hands, but Pebbles’ personality broke through and stood firm against that oh-so-funky backdrop. In her own way, Pebbles helped push New Jack Swing to center stage for the ladies, something for which she doesn’t get too much credit. It’s even clearer looking back—especially as female artists struggle to last past a single or two these days—that she was the total package, as confident, fierce and sexy as she was musically engaging.”

526.  “I Would Die 4 U,” Prince and The Revolution. Songwriter: Prince; #8 pop/#11 R&B; 1985. Prince defined himself as more spirit than flesh on the 1985 Top Ten single “I Would Die 4 U.” Prince, “I ‘ve always understood the two to be intertwined: sexuality and spirituality. That never changed.” Rolling Stone, “On ‘I Would Die 4 U,’ Prince tossed aside gender roles, societal standards and mankind in general – ‘I am not a human, I am a dove,’ he proclaimed – in the name of love. It didn’t hurt that he swaddled his mission statement in silk, courtesy of his Revolution backing band, because the quickest way to the heart is often through the hips. Neither Revolution keyboardist Dr. Fink nor Prince could play the bass line manually, so they rigged up an interface to lock a sequencer up to the drum machine. ‘We did some groundbreaking technological things that day,’ Fink remembered.”

525.  “Don’t Get Me Wrong,” The Pretenders.  Songwriter: Chrissie Hynde; #10 pop; 1986.  Hynde on the unlikely inspirations for this bouncy hit, “I wanted to write a song for (tennis star) John (McEnroe) because I’ve known him for a long time and he’s always getting in trouble – so I heard. Because I never watched him play tennis particularly, because I’m not really a tennis fan. I hate to admit it because I don’t think he likes that very much. He used to say, ‘Can’t you just pretend you’re into athletics when you’re with me?’ he used to come to our shows and he was friendly with the band and stuff. I had in mind that I was going to write this song for him to do. Years later, when I was on British (Airways), I heard an announcement – because I did write some of that song on a plane – and I think I nicked one of the top-line melodies from the overhead announcement: ‘Dong-dong-dong-dong … Welcome to British Airways.’”

524.  “Upside Down,” Diana Ross.  Songwriters: Nile Rodgers, Bernard Edwards; #1 pop/#1 R&B; 1980.  Diana Ross hired Nile Rodgers and Bernard Edwards to produce her 1980 “Diana” album, then had the entire record re-mixed, feeling that her voice needed to be the primary point of emphasis.  Still “Upside Down” was her first #1 single since 1976’s “Love Hangover” and helped to propel the album to platinum status.  Sadie Stein of The Paris Review, “It’s one of the great late-era disco dance hits: catchy, unexpected, propulsive, feisty.”  Lyrics that turned the diva into a whipped woman: “Respectfully I say to thee/I’m aware that you’re cheatin’/But no one makes me feel like you do.”

523.  “Up to Me,” Bob Dylan. Songwriter: Bob Dylan; Did Not Chart; 1985.  Rolling Stone magazine on this track from the “Biograph” box set, “’Up to Me’ is one of the top-shelf songs that Dylan left off albums (in this case, ‘Blood on the Tracks’) for reasons known only to the man himself. It is reminiscent of ‘Shelter from the Storm,’ both musically and in terms of its spare arrangement.”  Blogger Steven Hyden, “While the title phrase is a mantra that starts out boastful, it resolves as bitterly ironic—all that transpires is ‘up to me,’ because ultimately there’s no one else left. It’s a tough reflection on what it means to finally grow up and choose to take responsibility for your own decisions, no matter how self-destructive.

522.  “How Will I Know,” Whitney Houston.  Songwriters: George Merrill, Shannon Rubicam, Narada Michael Walden; #1 pop/#1 R&B; 1986.  Rob Sheffield of Rolling Stone, “Before Beyoncé, Mariah, Adele and all the rest, she was, and always will be, the Voice. The daughter of gospel singer Cissy Houston, the cousin of Dionne Warwick and the goddaughter of Aretha Franklin, Whitney Houston seemed destined for musical greatness – and she delivered.  ‘How Will I Know’ was her real breakthrough hit. Although Whitney dominated the radio with ballads like ‘Saving All My Love for You’ and ‘The Greatest Love of All,’ she oddly saved her most soulful vocals for this bubbly Eighties synth-pop confection, loosening up with teen-angst lyrics worthy of the Smiths (very similar to ‘This Charming Man,’ actually) and state-of-the-art glitz-funk. The girl rolls out virtuosic whoops and growls and mmm-hmmms, while paying witty homage to her godmother Aretha Franklin.”

521.  “Easy Lover,” Phillip Baily and Phil Collins. Songwriters: Phillip Bailey, Phil Collins, Nathan East; #1 pop/#3 R&B; 1985. Phil Collins, “I always loved Earth, Wind & Fire, and in 1984 I was asked if I would produce Philip Bailey’s solo album. People were leaning on him, racially — ‘Don’t come back with a white album. You’re one of us.’ So Philip got (bassist) Nathan East to play on it also. We hit some rocky ground early on, but we worked everything out. Near the end of the sessions, Philip said, ‘We haven’t written anything together on this album.’ So we just started having a jam one night, and went round and round and turned it into a verse and a chorus. We recorded it that night so we wouldn’t forget it. That song doesn’t sound like any particular era. It’s just fantastic. The hip-hop brigade fell in love with me after ‘Easy Lover.’ They were like, ‘Where’d that come from? That ain’t black music and that ain’t white music. That’s kind of an interesting color of beige.’”